Redefining Architecture, in a Dance of Lasers 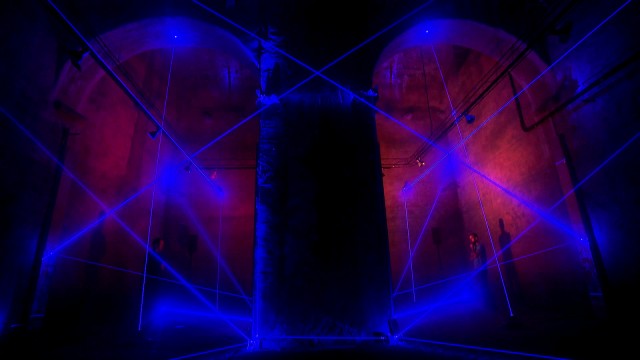 Lasers trace a transformed architectural space, in a choreography connected to sound and music. All images courtesy the artists.

We live in an age in which the art of architecture and the art of light have come into close duet.

One such example is the 2012 project Blau, receipient of a 2013 Ars Electronic nod. As the creators describe it, time here enters three dimensional architectural space, lasers outlining a close choreography of sound as projected into spatial volume. Run by custom hardware, motors move the emitters and trace the space in beams of light, moments in the music cueing geometries.

Blaus from Playmodes on Vimeo.

But it isn’t just architecture responding to music. The creators say the dimensions of light and music alike grow out of the space:

“Architecture itself is used as a musical source, since the study of the room acoustics and its resonance frequency allows for using the space as a giant musical instrument. Anchoring on this resonance frequency and its harmonics, a sound composition is generated that matches and reinforces the architecture in the same way that laser does, allowing the space to speak.

Light and sound are always related in time, frequency and perceptive domains, as several self-made software algorithms link light, sound and movement in an intricate manner.” 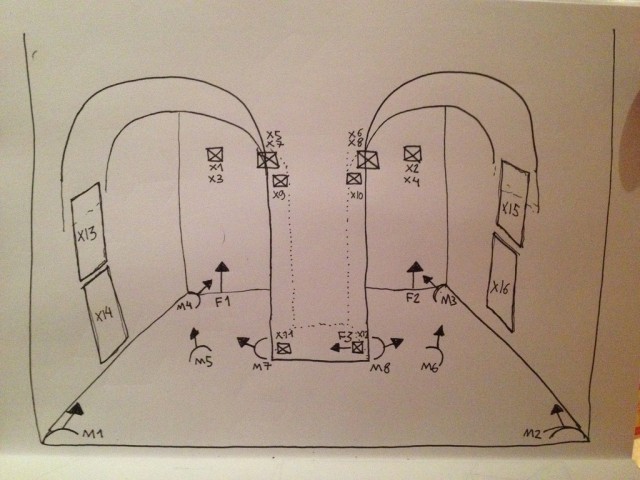 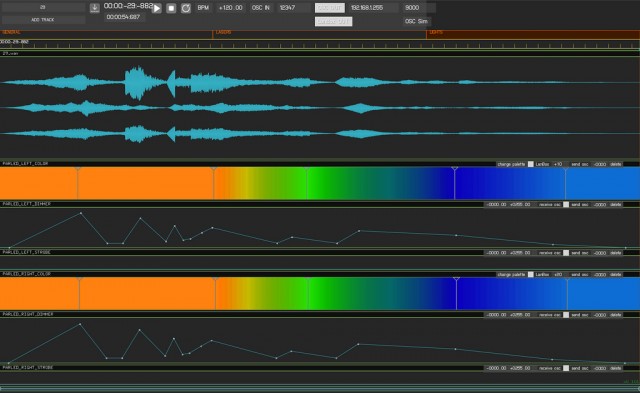 Customized Duration software. Without even knowing what this does, you can see timelines of color and sound and shape elegantly tied together horizontally. This is the image of so much artmaking today, across disciplines.

The ingredients for the installation of Blau at the VAD Festival, Girona (Spain/Catalunya) are a combination of motors and mirrors. 12 laser beams meet servos and motors and the Duration software by James George (with YCAMInterLab).
Duration @ GitHub

I saw this system first-hand in Barcelona, where it was paired – rather nicely – with Bhoreal, an original monome-inspired hardware controller here on CDM last week. Looking at an installation like this, you can see why I think adding RGB color and wireless connectivity would be useful to visualists in the case of Bhoreal. I’ll be watching how that project progresses, and if it can escape the shadow of monome and forge its own path.

You can look into the development process in a making-of video:

Radial and Blaus. Making off. from Playmodes on Vimeo.

The project involves a set of collaborations in Barcelona.

And a video of the earlier project Radial, which used kinetic sculpture and laser beams in a different context:

Imagine a Musical Interface, Mirror it on Your iPad: Max + Mira

We Want to Know How You Read; Days Left Until Google Reader Shutdown