Sound of Threads from Bertrand Lanthiez on Vimeo.

Satisfying multiple senses at once, Paris-based artist Bertrand Lanthiez shares his “Sound of Threads.” It’s a pair of audiovisual installations – and beautiful music – that combines musical elements with frail beams of light across webs of wool and dangling pieces of cloth. The interaction is simple triggering, but the result transforms his delicate sounds into a textile, material reality.

And the music holds up on its own, too – a rarity, to have music from an installation that can also be self-contained. 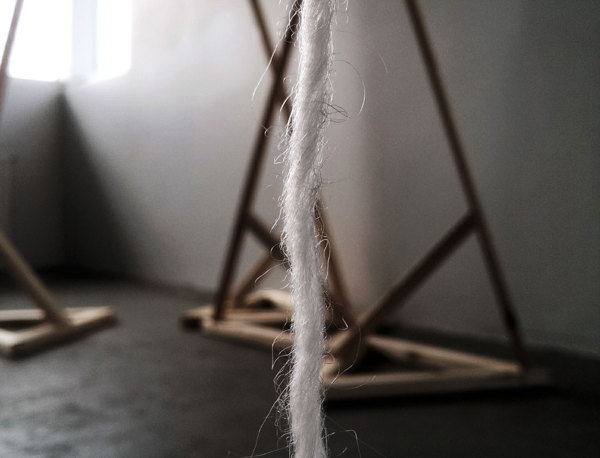 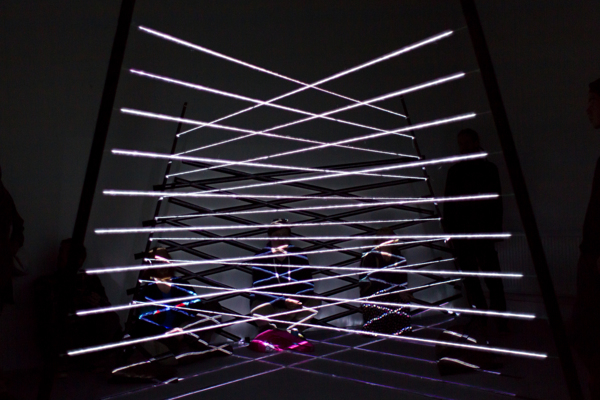 This earlier “experiment” is also worth watching:

Sound of Threads – Experiment from Bertrand Lanthiez on Vimeo.

Here are Bertrand’s notes on the work:

I presented this exhibition in Reykjavik in June 2013, and it consisted of two different installations, both engaging with sound’s impact in multiple ways, so that people could both feel and create music, by hearing, touching and seeing the sound.

I tried to demonstrate the power of our senses when they interact in being “triggered” simultaneously. I was interested in questions of how sight can enhance hearing, or also disturb our balance in perceiving a multimedia-based bodily experience.

The main part, and first to be seen, when entering the exhibition, was an installation consisting of four wooden stands and white threads of icelandic wool, where light was projected on in a way to visually translate the music and extend the sound experience of the prepared sound piece.

The second part was a tiny room where people were invited create their own „music piece“ merely by their bodily existence. In touching wires, that were hanging from the ceiling, and by walking and dancing bare foot in this room, my specific material setting accounted for temporarily closed electric circuits that started single samples of the outside presented piece of music. And all based on the random performing of all the visitors and their conductive human bodies. Additionally each sound was connected to multi-colored light impulses, projected on large, flaglike pieces of transparent fabrics, that were also hanging from above.

The two installation were visually and in their structures arranged quite differently.
The main piece was black and white, with really thin ray of light choreographed on a soundtrack, the other was an instrument where the visitors made their own piece of sound, and was really colored on this large pieces of fabrics.
But this two pieces were also tightly connected by using the same voices and sounds, and they both wanted to show this link between our different senses.

All images courtesy the artist. 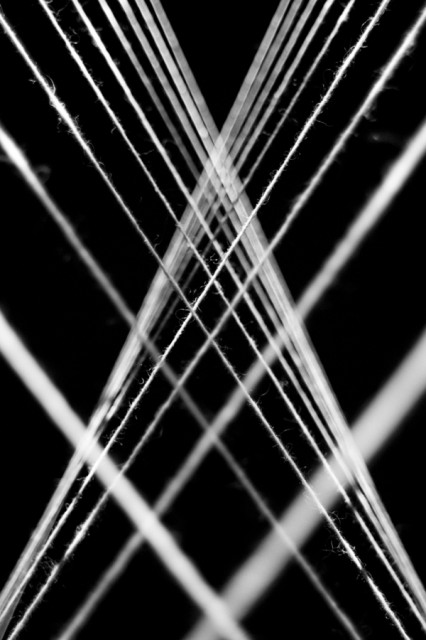 About iOS 7 and Audio: Patience for Users… Inter-App Code for Developers