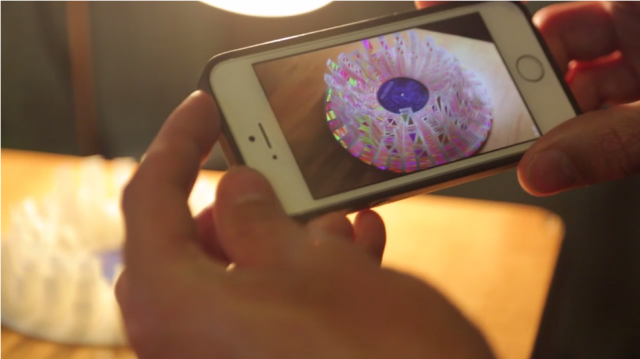 One reason to use code, and the constellation of open source creative coding libraries, is the ability to express ideas across media. HoloDecks is a beautiful experiment in doing just that. The work translates invisible sound to three-dimensional form, and combines visualization in the physical and virtual domains.

Virtual three-dimensional visualization. Next, the spectral data is plotted in a disc – the creators say they were inspired by CDs.

Physical object. The 3D visualization is then 3D printed, using yet another library for OpenFrameworks. The result: a tiny sculpture of the song.

Augmented object with app. Finally, virtual and physical, momentary and real-time, are merged into one. Point the custom OF-developed app at the 3D object, and it is un-frozen, colored images dancing along its skyline of imagined sonic towers.

The augmented reality portion is thanks to a library wrapping Qualcomm’s Vuforia (QCAR).
https://github.com/julapy/ofxQCAR 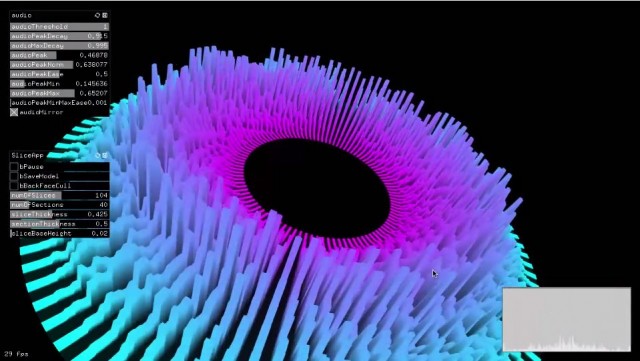