In just a few minutes, mod a Euclidean Sequencer in Reaktor 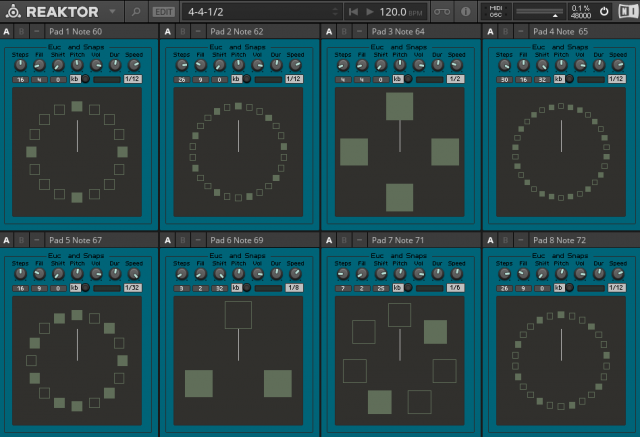 There are a lot of hugely powerful things you can do with an environment like Reaktor. But that doesn’t necessarily suggest where to begin. The best way to get into a deep tool is often to solve a simple problem. At the Native Sessions installment on Reaktor 6, Nadine Raihani showed us a simple example of taking a user library offering and making some quick changes. The result: a Euclidean polyrhythm sequencer (Euclidean say what?) that you can play from a keyboard.

That turns out to be scary useful: like holding down notes for instant improv techno.

Nadine shows how to go about this in this video:

And actually, I think this is really important. Especially with the power of the Web (aka, a hyper-connected international engine for showing off), it’s easy to lose sight of the value of doing simple stuff.

Just mapping something to a keyboard might not be technically impressive. But I’ve found this in my own work: some of the most compelling performance tools are the ones that are technically the simplest. That leaves the inspiration to, say, hitting some keys and improvising – the human side of the equation. And often working musically with simpler elements can focus your work. (The greatest composers of all time often composed based on very simple kernels of ideas – think “etudes.”)

Ironically, it’s typically experienced developers who have learned to break down problems into small, solvable bits – and beginners who try to do too much at once. So take a tip from them, and think simple. 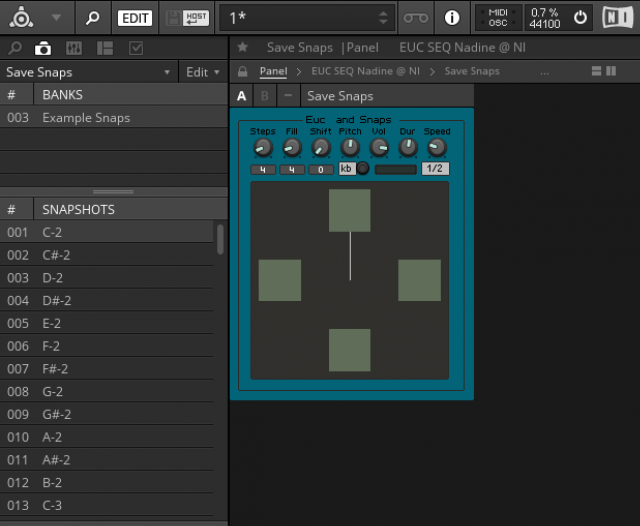 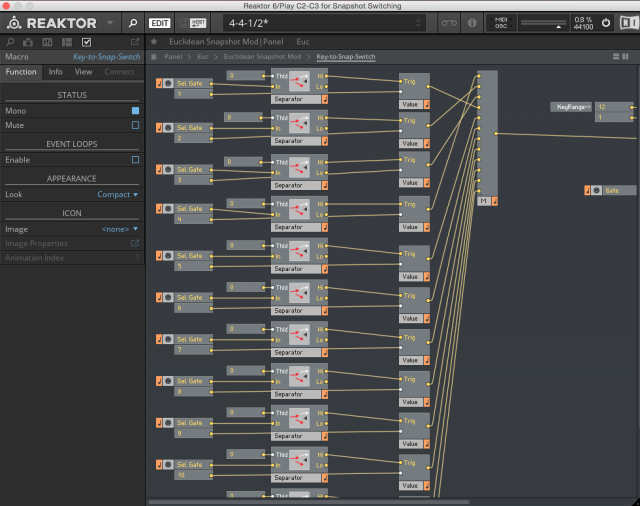 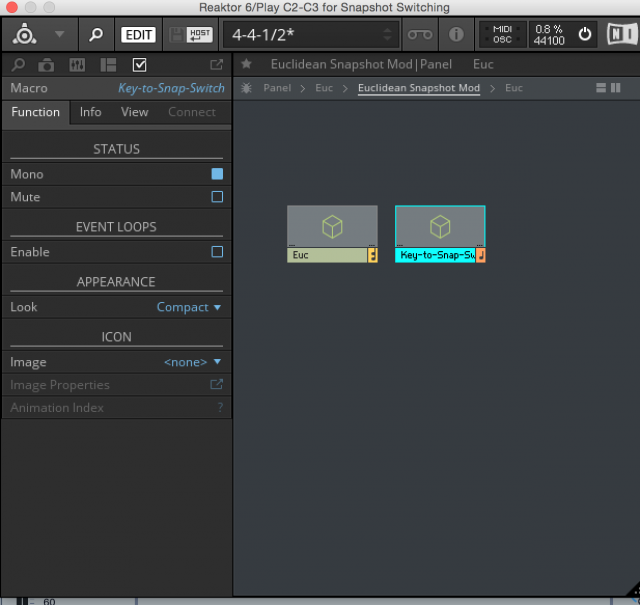 Speaking of how simple can be powerful, the other great thing about patching environments in general is how easy it is to share and reuse work. (The same I suppose can be said of well-written code, but patching environments make the bits immediately visual.) Having worked with Pd and Max and SuperCollider, I’ve seen the same sharing pattern.

And sure enough, as I was preparing this, Nadine wrote me to say her mod of the original sequencer has itself been modded. So check them out:

and the mod of the mod:

And there’s more: the patches from the other Native Sessions presentations are online, too:

Native Sessions Oct 2015: 5 minutes against the Blocks – by Dave Forrester, from the Reaktor team

Native Sessions Oct 2015: ZDF Toolkit Demo – that’s the crazy filter patch by the legendary Vadim Zavalishin from Reaktor. I’ll… see you in about six months, after I get lost in filters.

Enjoy, y’all. And if you post something interesting to the User Library – or make something for your environment of choice – don’t be shy, let us know about it!

Learn about Reaktor from experts in this two hour video

Synth meets soft: how to use hardware inside Bitwig