Link is a marvel – even if you never touch Ableton Live. Grab some iOS gadgets, put them on the same wireless network, and you get rock-solid sync that responds dynamically to any tempo change on any device.

But, come on. Love you iPad as you may, you don’t want to play only with apps. Maybe you want a Elektron box or an AIRA TR-8 or an ElecTribe syncing along. A new app, LINK TO MIDI, does just that one thing, easily. You still get dynamic peer-to-peer sync with all your other apps. But by adding LINK TO MIDI, you can also output old-fashioned MIDI clock to your hardware. Watch:

It’s worth talking about now as the release that just came out stomps a bunch of bugs. 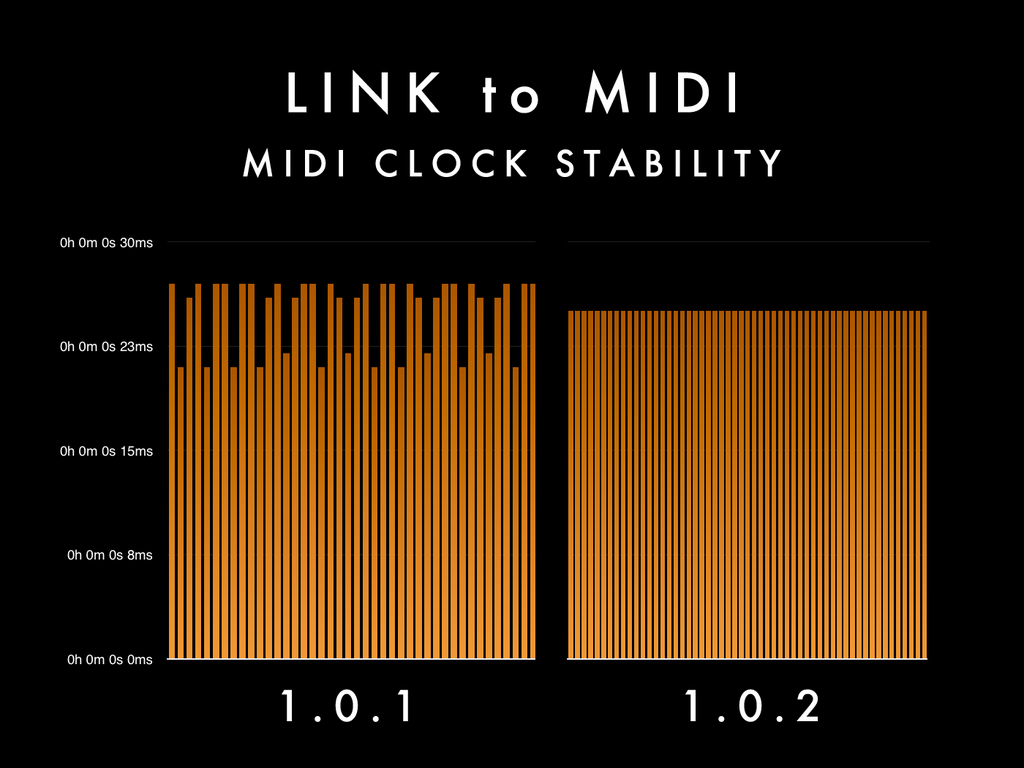 It’s worth saying that this app isn’t a prerequisite to being able to do this. Any iOS app that works with Link and also sends MIDI Clock should be able to do the same. Then again, this means if you have an iPhone, a USB Camera Connection Kit adapter, and a MIDI interface, you can plug your phone into any gear and wirelessly sync it – very cool.

I actually spent some time telling the Ableton team behind Link that I thought hard-wired MIDI as an addition will be something people want to use.

Link to MIDI also supports MIDI ports on the device, so you could use this to sync iOS apps that don’t support Link yet. That’s something the developer actively discourages, though – it’d be much better for apps to provide native support. I think that support will spread quickly.

Now all we need is a desktop SDK for Link. I want this in DJ and production apps, too. And I imagine that’d only expand the market for Ableton Live.

Link to MIDI is a free app from our friend Alexandernaut:

For more on Link, including how it works laptop – to – laptop, here’s a nice video:

Hardware
Type in lyrics, and this keyboard sings them, as Casio returns to its Casiotone roots
freeSoftware
IK’s model of the Neve 1081 console is free this month, plus free EQ and metering
Software
Celebrate your Blue Monday with the choir sound from New Order – and Kraftwerk’s Orchestron
Hardwaremobile
Polyend Tracker 1.5 lets you save custom instruments – and opens up sharing with others