Meet the Subharchord, subharmonic organ of the DDR

Once upon a time in East Germany, an alternate branch of the evolution of the synthesizer and the organ came into being. And now it has a second chance to capture imaginations.

The Subharchord was the DDR-era invention of engineer Enrst Schreiber, first designed in 1958. It was an original production but inspired by Oskar Sala’s so-called Mixtur-Trautonium. State backing came from the unlikely goal of serving as a commercial rival to the Hammond organ, thus bringing revenue to the cash-strapped Communist nation. Unfortunately, practicality and politics intervened. But that’s not to say the Subharchord wasn’t ahead of its time – and due for a new look.

Das Filter, the excellent German-language site on music and culture, gets up close and personal with the Subharchord in a new film. It features historian Manfred Miersch, speaking in German but with English subtitles.

Like Sala’s earlier creation, the notion was to mix subharmonic frequencies. The DDR creation was essentially that concept made mass market-friendly (in theory, anyway). So a traditional keyboard replaced a tricky touch interface, which provided glissandi but at the expense of playability. The Subharchord keyboard even featured pressure sensitivity, a rarity in the day for an electronic instrument.

And the sound – even in 2016 – is something special. Instead of adding harmonics, you divide fundamentals. The Subharchord features gorgeous filters and a unique sound source, and accordingly produced experimental records that sound striking today.

The tone is at once organic and organ-like, pure in an eerie, otherworldly way – alien sounds from an alternate universe of synthesizers. It sounds like baroque music might sound if Bach came from Jupiter – and then can be adjusted to produce frighteningly cool industrial rhythms. And the front panel itself is something of a marvel – providing hands-on control via massive dials that seem like they’d be at home in a power plant control center.

A Norwegian-based production is preparing a documentary on the instrument and its evolution, originally planned for release last year, under the direction of filmmaker Ina Pillat. (It’s delayed in the way that all such documentary projects are invariably delayed, but the latest updates from their Facebook page suggest progress.) That trailer is watching – if for no other reason than groovy DDR cosmonaut scifi happening.

The Subharchord – a Child of the Golden Age from Ina Pillat on Vimeo.

(See also the production house site for the film.)

In 2013, Biosphere and The Pitch produced an ethereal concert on the Subharchord for CTM Festival, in the main concert hall of the Funkhaus, the massive Communist-constructed studio complex that birthed the instrument. Stefan Schneider (of the band To Rococo Rot) and Carsten Nicolai (of raster-noton fame) played, as well. I was there; it was absolutely unreal. Here’s some video, reflecting the lovely orchestration they found for it as accompaniment:

Biosphere and The Pitch – The Subharchord concert (excerpt), at CTM February 2nd 2013 from Atelier Nord on Vimeo.

Lots more to read in German:

And freesound has a freely licensed sound pack sampled from the instrument surviving in Vienna.

Now, if you’re like me, watching this makes you want to dive into some synthesizers and start messing about with subharmonic sources. Let us know how you fare – and if you’ve seen software creations that do just this.

Meanwhile, the instrument is a thing of beauty. 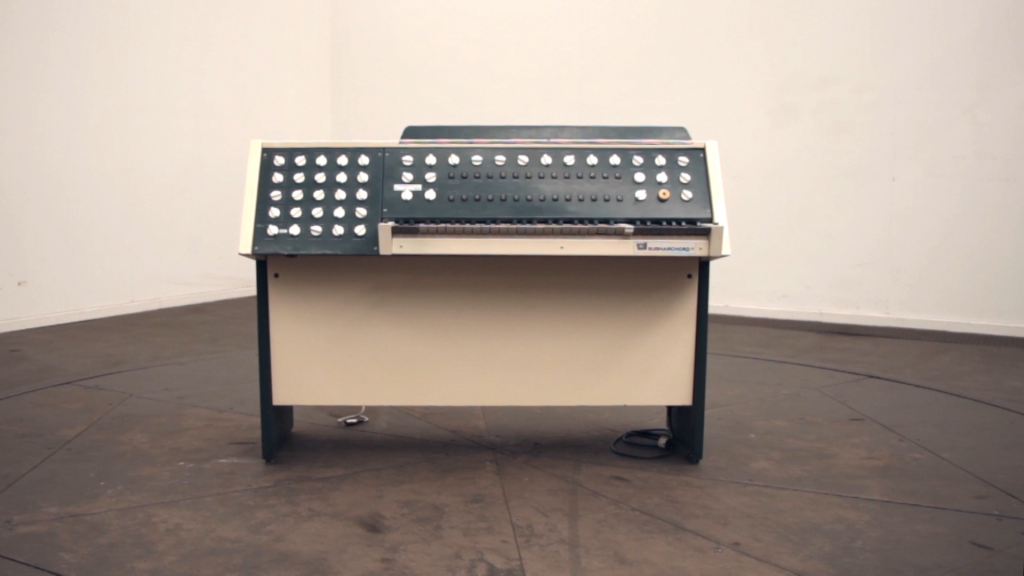 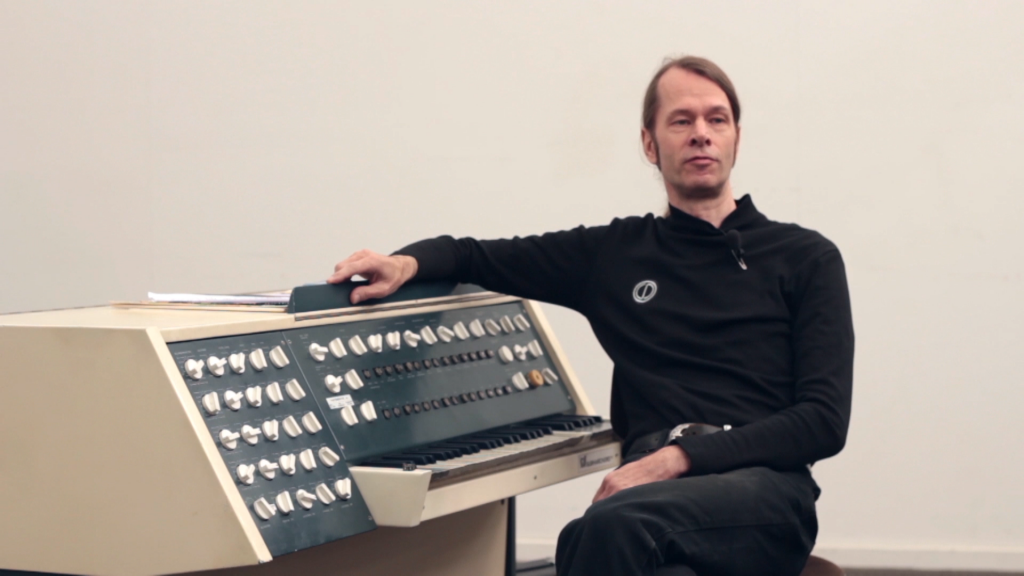 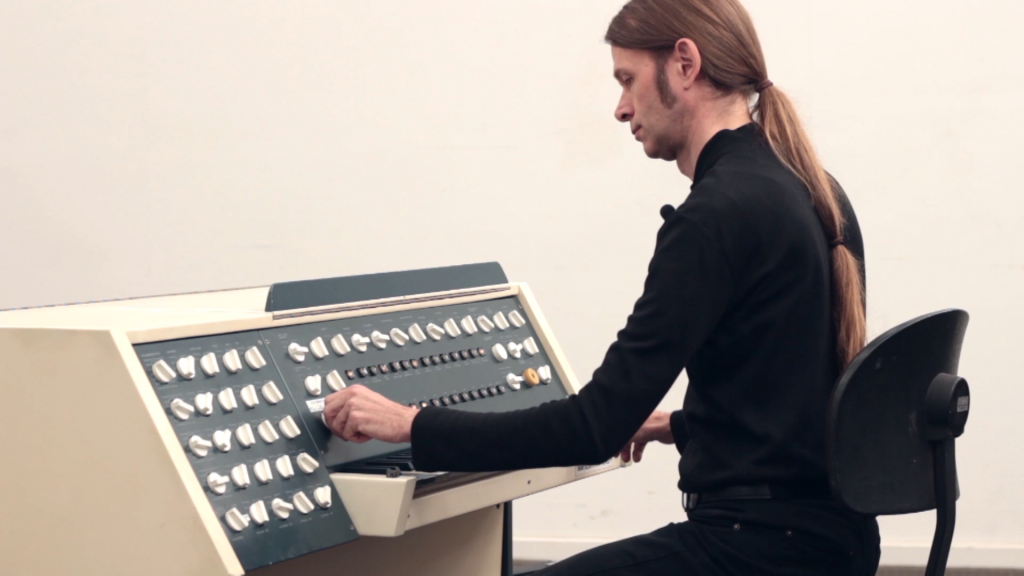 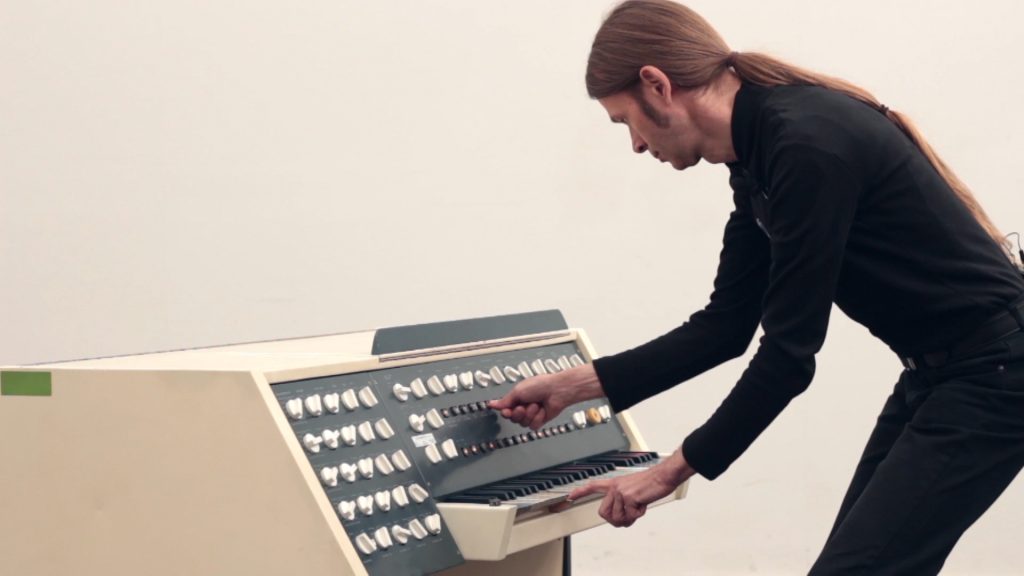 retrovintage
Go listen to this podcast about HBO’s epic sounds – and stick around for some retro visuals, too
documentarieshistory
Celebrate Eliane Radigue at 90 with a free documentary and fresh, radical re-releases
awesomenesssynths
SunVox 2.0: the nearly-free modular pocket DAW just got a slew of new features
awesomeness
Type in lyrics, and this keyboard sings them, as Casio returns to its Casiotone roots