A report from the futuristic Continuum Fingerboard’s first Con

The 19th Century was the century of the piano. The 20th Century, for all its innovation, still saw the piano keyboard as the dominant interface for all those new sounds. But the 21st Century finally looks to offer some choice.

And so it’s high time for the Continuum Fingerboard to get its day. The instrument allows you to find pitch as you can on a piano keyboard, but with expressive continuous control both in pressure and position – letting you bend pitch and shape sound more fluidly. Now having inspired instruments like the ROLI Seaboard (and with ROLI raking in investment money), the Continuum earlier this month got its own festival/convention, called – of course – ContinuuCon.

And what a gathering it was. Electronic music instrument enthusiast Chris Stack (of experimentalsynth.com) has brought us a full report.

ContinuuCon saw the devoted following of the unique instrument. That included inventor Dr. Lippold Haken and Edmund Eagan, who built a synthesis engine to match (EaganMatrix, sounding like something mentioned on the engineering deck of the Enterprise on Star Trek). But since the event was held in Asheville, North Carolina, it also brought lush mountain scenery as backdrop and plenty of major American tech names – including the Bob Moog Foundation (since Dr. Moog brought his company to the town), as well as modular makers Make Noise – plus artists from as far away as India.

Now, none of this is relevant if you can’t play the thing, so let’s start with an introduction to playing techniques:

Here’s a look at the history of the instrument with the inventor – a must-watch for anyone delving into electronic instrument history or design and engineering of alternative instruments:

The Continuum is exceptional, but it’s not alone. So to appreciate continuous pitch-space instruments in the larger context, we can turn to Dr. Tom Rhea. If that name is vaguely familiar, Dr. Rhea was not only a former Moog marketing manager (as was our friend Chris), but also a Berklee professor — and he wrote the original Minimoog Model D users manual and it intimately familiar with the birth of the modern commercial synth.

Dr. Rhea walks us through that larger history. Yes, of course you’ll get Good Vibrations – but more than just that.

(Wow, this makes a nice companion to John Chowning talking about the birth of FM; we’re getting a proper history lesson in June.)

Speaking of history, with Tony Rolando of Make Noise in the house, of course we’re treated to a review of how the so-called West Coast and East Coast synthesis approaches are shaping up (named for the different modular approaches centered around Buchla and Moog systems):

The Continuum becomes deeper as a playable object once combined with software. That’s essential to being able to exploit the physical interface’s expressive potential. So that makes the deep modular editor software that goes with the Continuum significant. Here’s a look, also from its creator:

The tendency toward the conventional 88-key keyboard and its descendants comes, of course, in part from musicians trained to play music that suits that idiom. So it’s nice to see Pallav Pandya, whose music bridges India (he was even a top player and band leader for Bollywood) and classical Indian music with Western music and jazz. His dream of a fretless keyboard is realized in the Continuum; here’s a short video of how he makes use of it:

Performers, sound designers, composers and electronic music enthusiasts who attended ContinuuCon explored this uniquely expressive instrument through concerts, workshops, lectures and more. Dr. Lippold Haken, inventor of the Continuum, and Edmund Eagan, developer of the Continuum’s synthesis engine EaganMatrix, were among those sharing their knowledge and musical talents.
With sponsors including the Bob Moog Foundation and modular synthesizer manufacturer Make Noise, the event opened with a reception at the Make Noise Factory and included an evening concert, and a dinner (with multiple jam sessions) at Streamside.
ContinuuConcert performers included:

Edmund Eagan (CANADA) – Composer/sound designer for film and video. Award winning productions include a Canadian television Gemini award for the music in the animated production “The Woman Who Raised a Bear as Her Son”, a Gemini for CBC’s “The Health Show”, and Gemini nominations for the music in the film “Curiosities” and in the Man Alive documentary “Beyond Belief”. Recipient of multiple SOCAN awards in film and television.

Sally Sparks (ASHEVILLE) Sally’s interest in electronic music came early where her study of classical piano intersected with growing up in a NASA town full of rocket scientists (including her dad). She got her first synthesizer with the introduction of Roland’s SH-1000 and within a few years was playing a number of great instruments, including the highly expressive Yamaha CS-80. A more recent quest for even more expressive control of electronic instruments brought her to the Continuum. Today she works from her studio at Streamside Sound but occasionally ventures out for live performances in a variety of musical styles. Sally performs on Continuum in electronic music settings with Yonder (duo with Chris Stack) and Waveformation (with Chris, Greg Waltzer and Geary Yelton) as well as solo performances. She has recently been touring with Grammy winning acoustic duo Al Petteway and Amy White.

Pallav Pandya (INDIA) – Pallav Pandya is among the pioneers of Indian Style synthesiser sound design. He dreamed of a fretless keyboard at an early age as it was difficult to express “Gayaki” in keyboards. He has studied Jazz from Mumbai based American musician Dee Wood (Guitarist). Passionate for creating new sounds in synthesisers, his explorations took him to become the advisor in the design of Yamaha keyboards for Indian samples. Pallav has performed in 40+countries, was group leader for Bollywood Legend Sonu Nigam, and keyboard player for Asha Bhosle. He has played for Bollywood movies including “Rush” song Mumkin Nahi, film Hunter’s song Bachpan bhi tha, and many more. 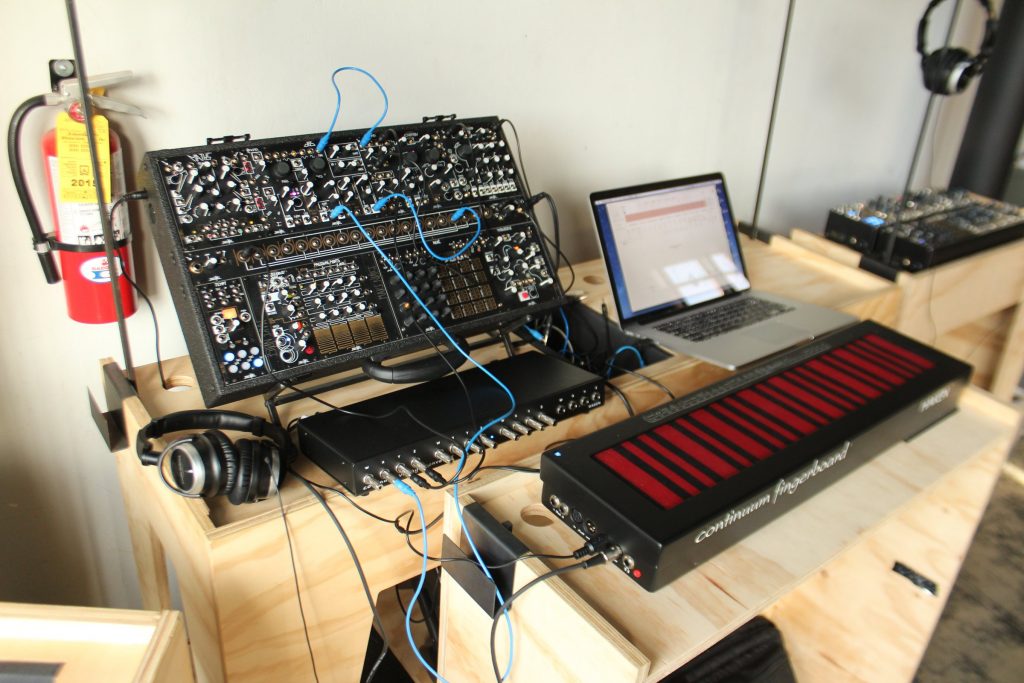 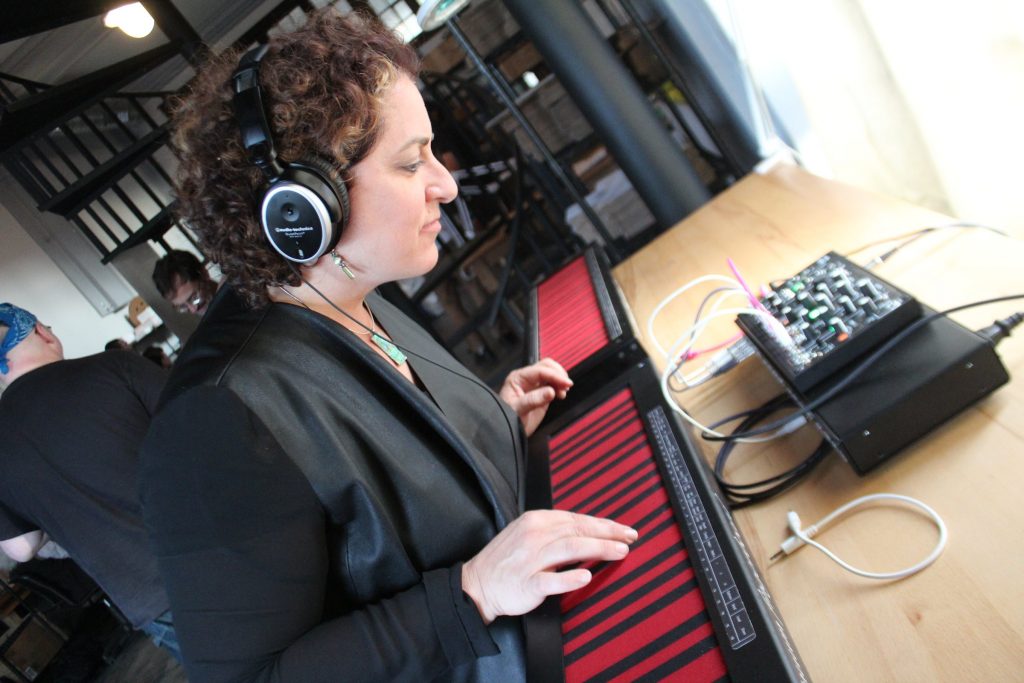 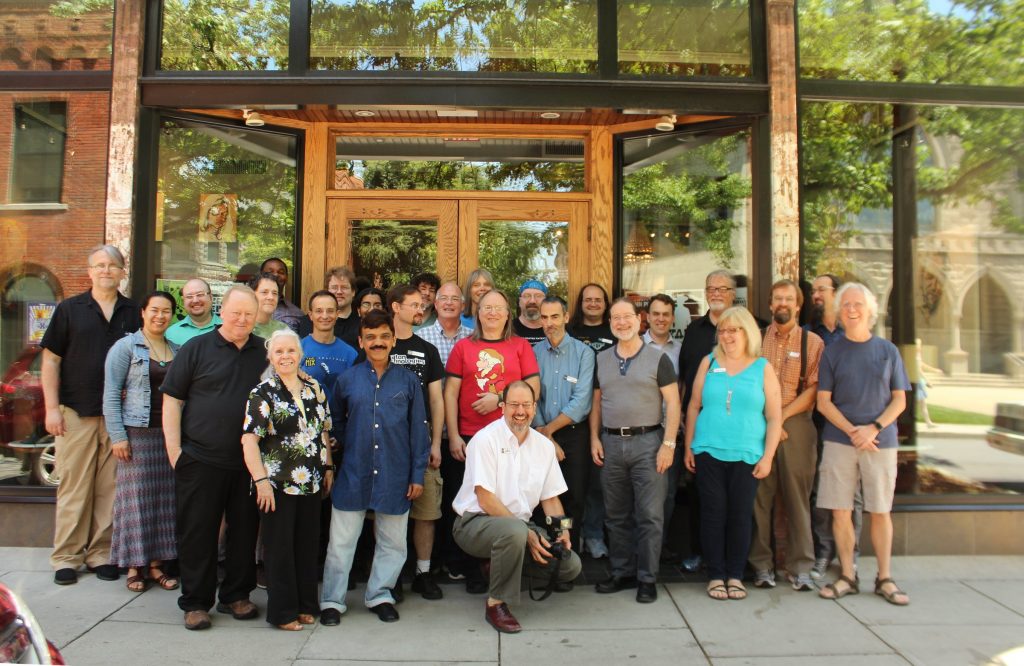 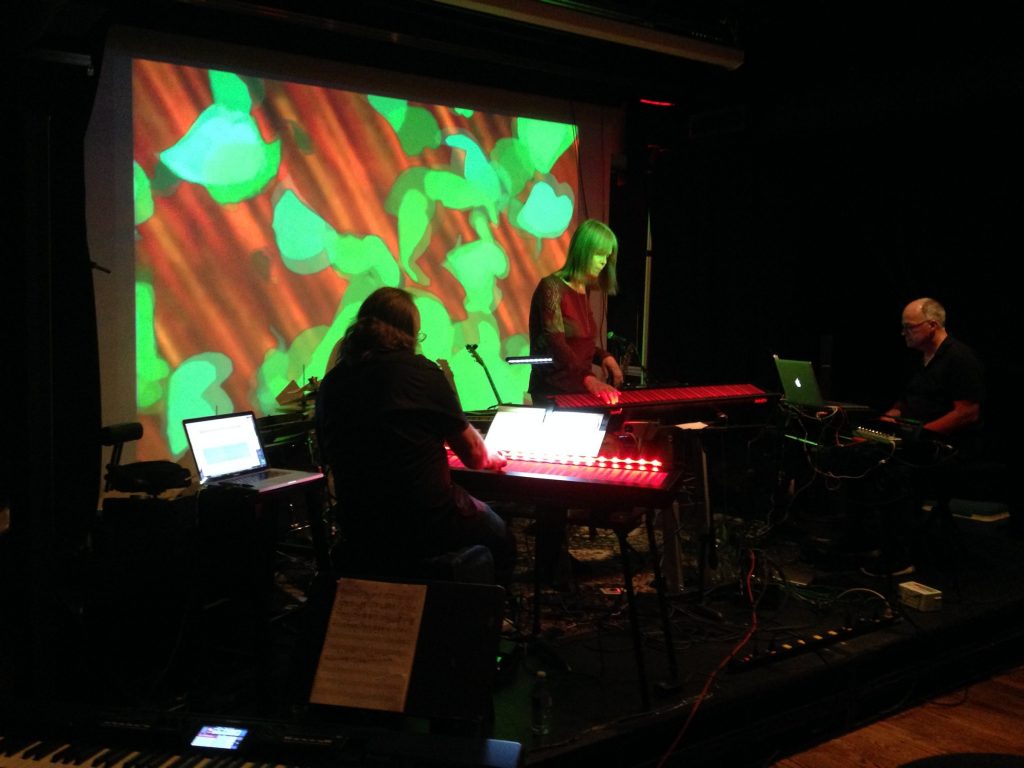 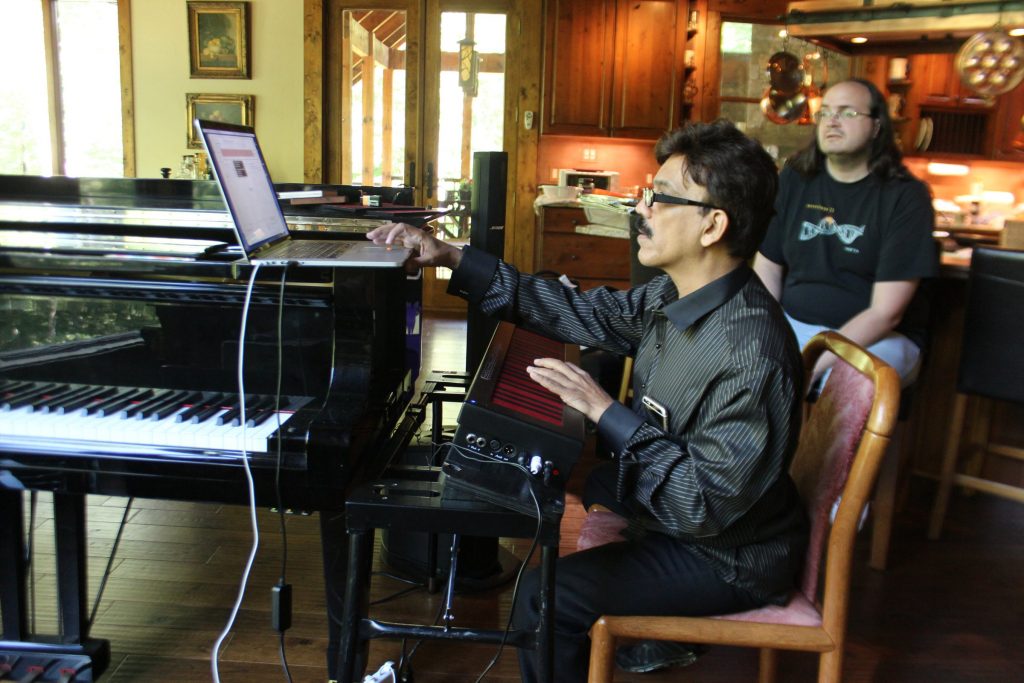 That dreamy Dave Smith OB-6 is now in desktop form