It’s called the Circuit-Bent Digital Waveguide™ 扰动数字波导. Or the DU™ DU-KRPLS. And straight out of the “that’s not a bug, it’s a feature” files, it’s got intentionally wrong code in it. But that’s a good thing.

DU-KRPLS from detroit underground on Vimeo.

Meng Qi is a story himself, an electronic music artist from China whose circuit creations and Euro line manage to be subversive and elegant at once. His work extends to every angle on the medium, from teaching to programming to design to electronic music, which has let him to lead digital art and workshops around China and internationally.

And this might be the nicest creation he’s produced yet.

Okay, so it’s not entirely fair to fixate on that “broken” code (though it does sound glitchy and wonderful). The module in fact has two modes.

In circuit bent mode, the code ‘error’ can make “micro movements and glitches.”

And in a nod to its home country, you can power it up to a D major pentatonic tuning, in case you want to emulate a zither. So apart from these wild noise-y things, you could produce something far more delicate … it’s really up to you.

We’ll have to do a separate interview with Meng Qi. But this module goes on my shortlist of things I’d want in the vast landscape of Eurorack.

Now, maybe Eurorack modules are the future of record labels. 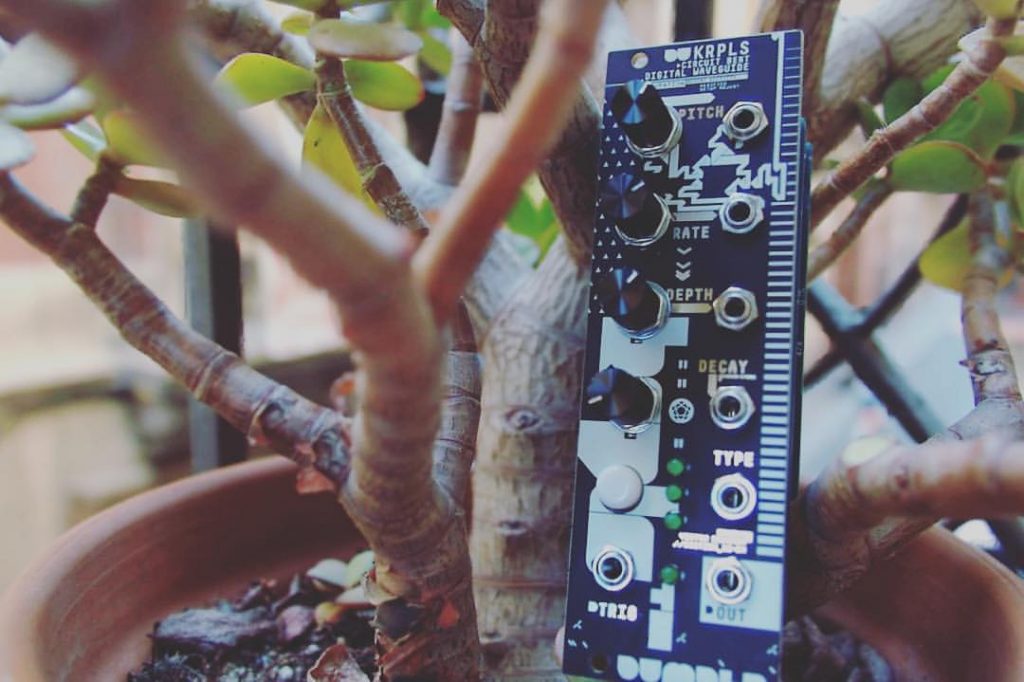 raster-noton founders on how they found visual inspiration

Komplete 11 has all the latest NI goodies, and a new synth