Computer DJing: it should solve problems, not create them. Because you can also mix vinyl or use phonographs to Rekordbox-formatted USB sticks, computer DJing also absolutely, positively has to open up creative possibilities. It has to justify its existence. And because we play music – like, it’s supposed to be something fun we do with other people – computer DJ tools ought to play with one another.

So, Traktor 2.11 delivers a lot of little things. But these details both make playing solo potentially more creative, and playing with others and plugging into gear in a booth a whole lot easier.

And I think that’s what the computer needs to do. The point isn’t whether using a computer in a DJ set is “professional” or not – it’s there, and you’ll see great sets with them. This isn’t about DJs proving themselves. It’s about the technology proving itself to the DJ. And there, computers can’t just be “as good” as a couple of CDJs on their own, because then you’ll just skip the computer. They have to offer something else.

So, here’s what Traktor 2.11 is offering you, right now, out of beta. Some of these things are new (the step sequencer, Link, and hardware support). Some of them are pieces that have been evolving for a while (Remix Decks, STEMS).

But maybe it doesn’t matter whether these have taken DJ booths by storm or not – that’s someone else’s concern. The point is, these general evolutionary improvements do give you some reason to consider computer DJing again as a producer-friendly DJ option. So of course there are a lot of times that a couple of USB sticks and CDJs are the best route for a night. But here there are some reasons to use the computer for hybrid-style, producer-friendly sets — especially if you’re playing your own music or you’re a bit bored by just mixing.

Link is working, and it’s perfect for back-to-back and hybrid sets. Link’s open jamming approach makes sharing a studio more fun. You still have to sort out wiring connections to a mixer, but at least tempo synchronization can now be spontaneous and automatic. Back-to-back with Serato and Traktor? Done. Want to bring in that fun drum machine you downloaded to the iPad and jam along? Easy. Want to transition from your set into your friend’s Ableton Live live set? Simple.

I’ve been testing this lately. NI going to a public beta was a great choice; I’ve watched them smooth over some issues and improve performance.

Adding in DJ decks in general isn’t quite as seamless as adding in production tools or drum machines, because of the way tempo is handled. So in Serato, you have individual “Link” buttons per deck. NI has chosen a more Ableton-like Link toggle on the master tempo – and this is consistent with how they’ve handled transport and sync in the past, including with MIDI clock.

The key is setting sync in a way that does what Link expects — that is, creates a consistent underlying tempo. As NI explains: “For sustainable synchronization you need to switch to BeatSync mode.
Tempo Sync mode is by nature ignoring phase adjustments and therefore accumulates offset over time.”

I definitely want to test this more over the coming weeks, especially as what I tend to try is ambitious.

MIDI clock is still a reasonable option, even though in Traktor it’s output only. It’s still your best bet if you’re just syncing to some outboard hardware, and by design it’ll work just fine with, say, a long techno set that doesn’t really focus on a lot of tempo changes. I’m glad that while Serato (cough, cough) currently requires the DJ-808 for any MIDI clock output, Traktor will use whatever output you like.

You can use a step sequencer in your sets easily. As originally seen implemented by our friend Tomash GHz, the samples on the Remix Decks in Traktor are a natural for step sequencing. Now, that functionality is built in. And it works with a variety of hardware, too.

On the F1, for instance, you’re already mapped to STEMS control in the default mapping. Now, 2.11 adds step sequencer control as a user mapping. Add both in the Controller Manager, and you can switch by using Shift+Browse on the hardware. The F1 is nice because it’s cheap and tiny and light. The D2 and S8 work, too; the D2 already is a full-functioning view of your deck. But you can also map to your own hardware; you’re not locked into something particular (cough).

This is a boon, because you’re not toting or connecting extra hardware, and you don’t need something crazy like the Roland DJ-808 introduced last month, either. You can just add some creative improvisation to an existing set. (Thanks to Enzo Pietropaolo for setting me straight on template swapping on the F1; I’ve just tried it.)

STEMS make more sense than ever – for your own music, actually. The combination of Link and STEMS solves what I imagine is a common problem.

Now, you can play tracks in Ableton Live. But if you leave it as a stereo mix, it’s fairly boring. And if you break down into stems, you can mix the different bits, but they’re then out of sync with one another.

Enter STEMS. They actually solve a number of issues at once. In Traktor, routing and mixing is already set up – with hardware mapped, too – all the same stuff you’d want to do with stems generally (lowercase, now). Also, transport between the four tracks is synchronized, making looping a lot more logical. And when you create STEMS in NI’s Stem Creator Tool, you also resolve the balance between the stereo mix and the individual stems. Once you’re done, you’re also dealing with just a single file, rather than keeping track of four clips that you need to manage and trigger at once. (That seems a small thing, but it adds resistance.)

The thing is, you might not want to do this all inside Traktor. With Link support, it’s easy to have Traktor running in the background synced to Ableton Live, whenever you want to drop your finished sets into the larger performance.

Remix Decks can make sense, too. Remix Decks are all already instantly cooler thanks to step sequencer support, if you hadn’t already hacked this yourself. But in general, it’s worth a second look at Remix Decks. The inimitable Mike Henderson (DJ Endo), perhaps one of the savviest users of NI’s beat and DJ products on Earth, notes that there’s a really elegant workflow now possible between Remix Decks and Maschine.

“What you do is set a loop in a deck, drag the deck header to a remix deck slot, then you have to play the slot 3 times and it saves it to “all samples”. Go to the all samples folder and scroll to the bottom to get the sample you just made, right click on it and choose “show in finder”. There is your sample, beatgridded. Drag that into machine and slice!”

It’s really a nice combination. Right now, you can run Maschine in Ableton Live and sync them; hopefully someday soon we see Ableton Link support in Maschine itself.

And you can look at this either way. If you’re a producer who happens to have Traktor around, Traktor becomes a nice production tool. If you’re trying to spice up your DJ sets quickly, it could work that direction, as well. 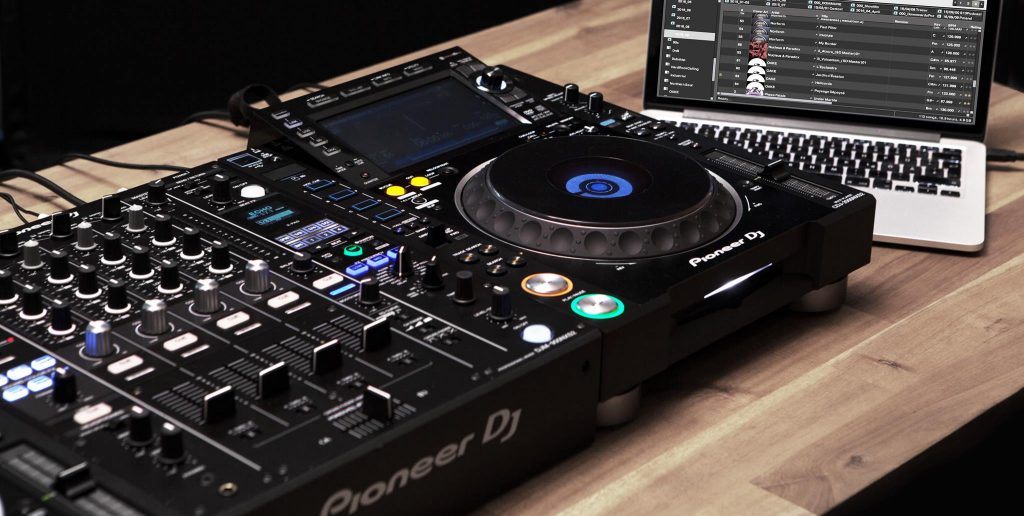 You can plug and play with more hardware – essential when you bring your laptop to the booth. Yeah, toting a laptop and some massive controller is the opposite of fun. It works if you have live setups or stages, but not in booths. So working with industry-standard hardware is everything.

The newest Allen & Heath and second-generation Pioneer nexus gear now works out of the box.

Now, of course, you’re still at the mercy of what’s available at a gig. But it means you have choices. And I certainly can see touring with a basic laptop setup, a lightweight controller or two, and some USB sticks as backup. Then if you do happen to luck out with a club with the second-generation Nexus, for instance, you get this:

And hopefully where we go from here…

The no-brainer: more Link. So, obviously the more places Ableton Link support shows up, the more this makes sense. I’d like to see an iPad app with both STEMS and Link support, for instance; then you could just drop your track stems there and have them at the ready. Maschine with Link is a no-brainer, clearly – doubly so with the release of Maschine Jam. Reaktor, too (though once you had Maschine, you could just host Reaktor inside Maschine). And the more third parties that add support, the nicer this gets.

How are you using Traktor? (or a competing DJ tool) Is it part of your production workflow? Are you making hybrid setups? Do you use Traktor live? We’d love to hear from you.

Software
SunVox 2.0: the nearly-free modular pocket DAW just got a slew of new features
DJ
Head by drone to a 3000-year old ruined village for a stunning performance by Hayk Karoyi
Software
IK’s model of the Neve 1081 console is free this month, plus free EQ and metering
Software
Celebrate your Blue Monday with the choir sound from New Order – and Kraftwerk’s Orchestron