Pure Data, the free and open source cousin of Max, can still learn some new tricks. And that’s important – because there’s nothing that does quite what it does, with a free, visual desktop interface, permissive license, and embeddable and mobile versions integrated with other software, free and commercial alike. A community of some of its most dedicated developers and artists met late last year in the NYC area. What transpired offers a glimpse of how this twenty-year-old program might enter a new chapter – and some nice tools you can use right now.

To walk us through, attendee Max Neupert worked with the Pdcon community to contribute this collaborative report. 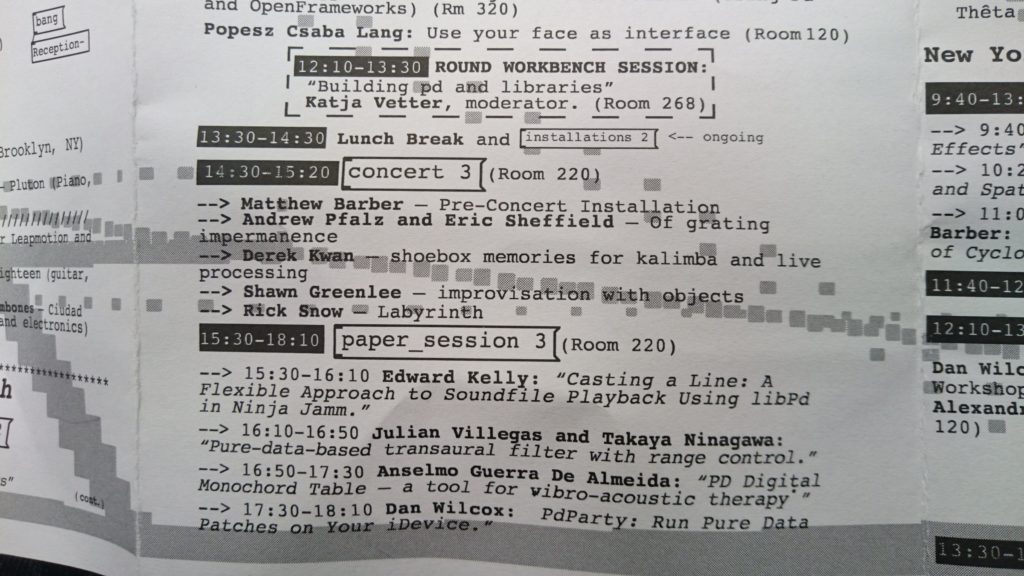 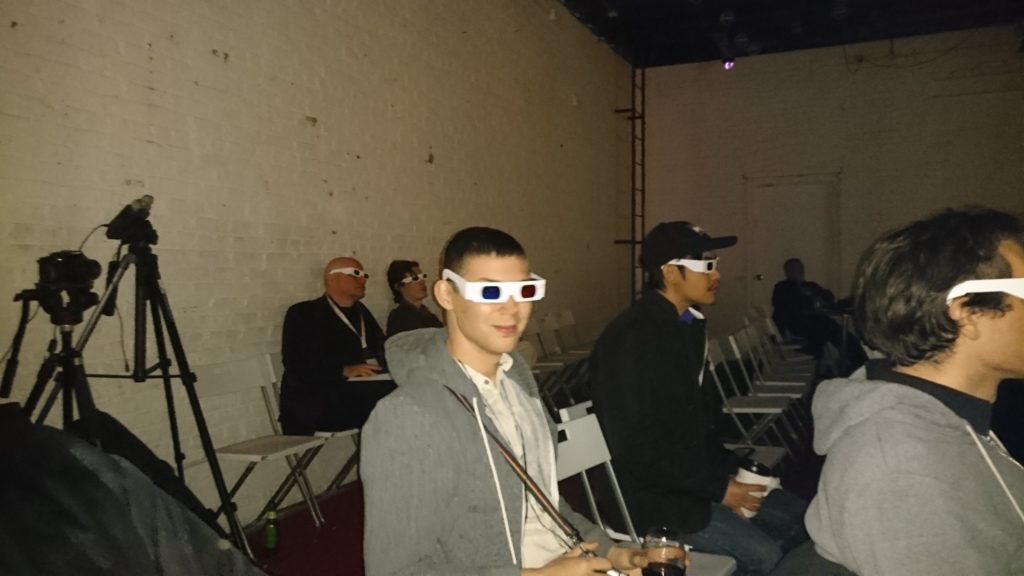 For many participants, it was an epiphany of sorts. Finally, they met the people face-to-face whom they only knew by a nickname or acronym from the [Pd] forum or the infamous mailinglist.

Pure Data, (or Pd for short) is an ever-growing patcher programming language for audio, video and interaction. With 20 years under its belt, Pure Data is not the newest kid in town, but it’s built specifically with the idea of preservation in mind. It’s also the younger sibling of Max/MSP, with a more bare-bones look, but open-source and with a permissive BSD license.

Since the advent of libpd, Pure Data has been embedded in many apps where it serves as an audio engine. At the Pd convention, Dan Wilcox, Peter Brinkmann, and Tal Kirshboim presented a look back on six years with libpd. Chris McCormick’s PdDroidParty, Dan Wilcox’ PdParty, and Daniel Iglesia’s MobMuPlat are building on libpd and simplifying the process of running a Pd patch on a mobile device. For the Pd convention, they joined forces and gave a workshop together.

What was the most exciting part of the Convention? That answer will be different depending on who you ask. For the electronic music producer, it might have been Peter Brinkmann’s presentation of Ableton Link for Pure Data, allowing synchronization and latency compensation with Live.

Previously on CDM: Free jazz – how to use Ableton Link sync with Pure Data patches

For the Max/MSP convert, it might be the effort to implement objects from Max as externals for Pd. That library of objects, aptly named cyclone [after Cycling ’74], has been around for a while, but has now seen a major update by Alexandre Porres, Derek Kwan, and Matthew Barber. 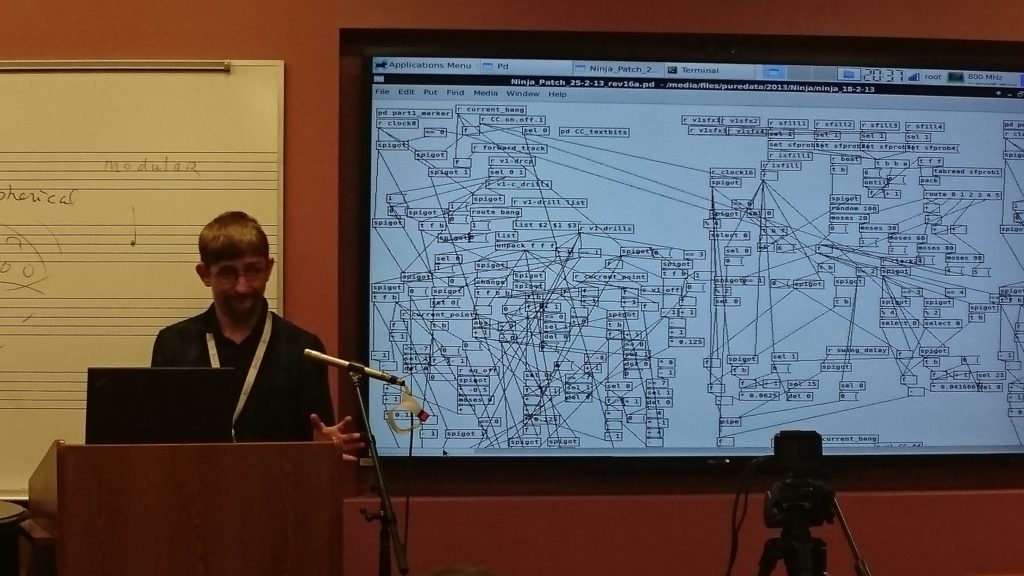 Hint: not all patches look as messy as this. The insanity of the Ninja Jamm patch.

If you’re a musicology nerd, Reiner Kraemer, et al. might have been grabbed you with their analysis tools for (not only) Renaissance music.

Or what about the effort to extend Frank Barknecht’s idea of list-abstractions to arrays by Matthew Barber, or Eric Lyons’ powerful FFTease and LyonPotpourri tools?

Pd already comes in many flavors. Amongst them are terrific variants, like Pd-L2Ork and its development branch Purr-Data [not a typo], which were presented at the convention by Ivica Bukvic and Jonathan Wilkes. Purr-Data is a glimpse into the possible future of Pd: its interface is rendered as a SVG instead of Tcl/Tk. Ed.: Layman’s terms – you have a UI that’s modern and sleek and flexible, not fugly and rigid like the one you probably know.

Pd compiles for different processors and platforms. This is getting complex, and it’s important to make sure internal objects and externals are acting the way they were intended to across these variants. IOhannes M zmölnig’s research about “fully automated object testing” takes care of that. With double precision and 64bit builds an essential stepping stone to make sure Pd is staying solid. IOhannes is also the only member of the community who attended all four Pd conventions since Graz in 2004.

Katja Vetter moderated the open workbench sessions, where “the compilers” discussed development and maintenance of Pd. She also performed as “Instant Decomposer” in an incredible witty, poetic and musically impressive one-woman act. 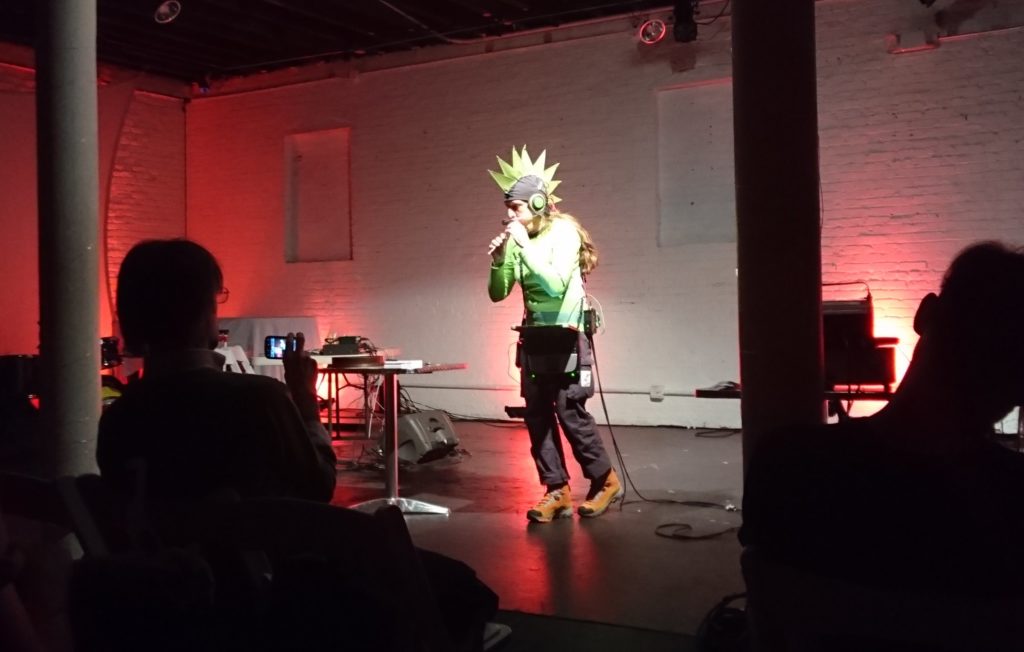 Katja always makes an impression with her outfit. 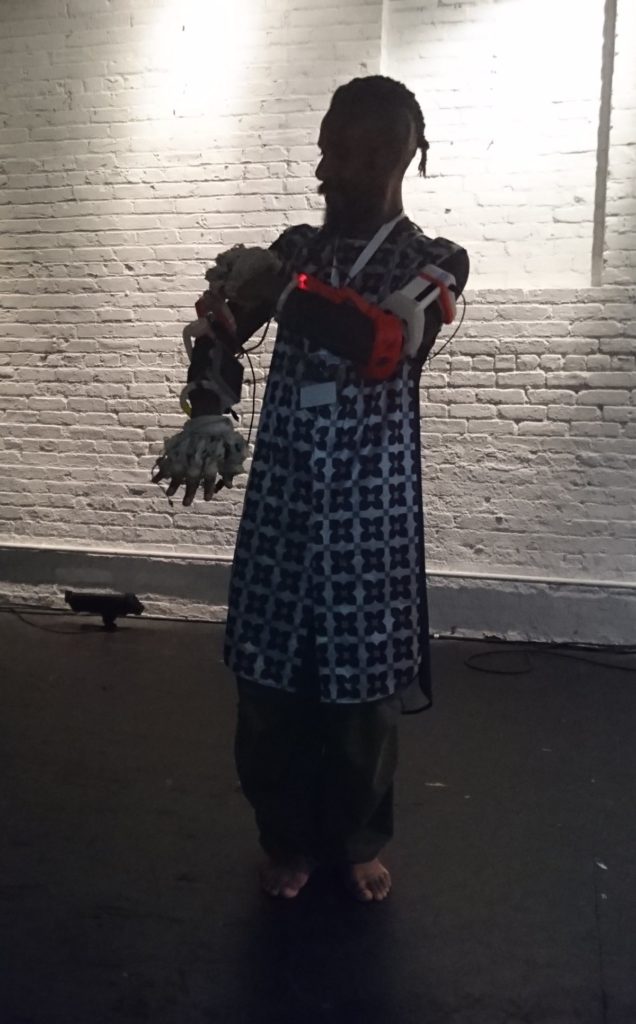 The concerts in the evening program were a demonstration of the variety and quality of the Pure Data scene, from electroacoustic music, interface based experiments, mobile and laptop orchestras to the night of algo-rave.

The participants of the 2016 Pure Data Convention. Organizers Jaime Oliver (leftmost), Sofy Yuditskaya (somewhat in the middle) and Ricky Graham (too busy to pose on the picture).

With all excellent electronic means to keep a community running, the conventions stay an important way to grow the human connections between its members, and get to things done. We are looking forward to the next gathering in 2018 — this time it might be in Athens, I’ve overheard. Ed.: If anyone wants to join for an interim meeting in 2017, I’m game to use the power of CDM to help make that happen!

Watch some of the unique, experimental performances featured during the conference (many more are online):

Some useful stuff found during our Telegram chat:
Loads of abstractions and useful things by William Brent