What you need to know about the Roland Boutique 101, 808 reboots

What you get is shrunken-down, modeled editions of the SH-101 and TR-808. And the hardware improves on the originals with some extras, like USB (audio/MIDI), MIDI DIN connections and battery power. The 808 also now has a built-in compressor, real-time entry, and fills and sub-patterns. The SH-01A keeps the triggering powers of the original, but adds a powerful four-voice architecture for chords and thick unisons (which also works in conjunction with the classic sequencer).

Here’s a quick hands-on jam with myself and Roland’s Nick de Friez – I can tell you it’s a heck of a lot of fun.

Having done some research with Roland and had a little hands-on time, here’s what we know so far. 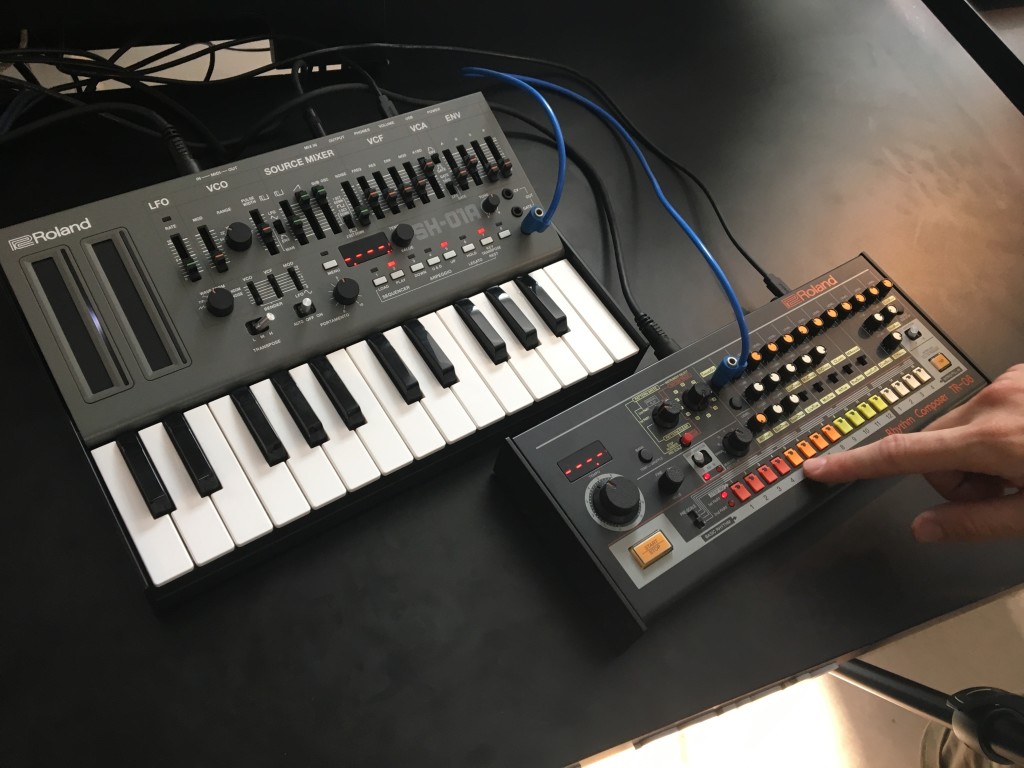 They’re digital models. Yes, Roland again are revisiting their analog past with digital remakes. But that’s producing hardware that’s affordable, low noise, and that runs easily off USB or battery power. It doesn’t necessarily mean they’re perfect remakes. I heard some legitimate authenticity nitpicking about the TB-03, for instance, but those had to do with specific behaviors programmed into the new hardware that people didn’t like. The problem wasn’t analog or digital; it was more about human taste. (Given differences in taste, and variances in the originals, that means I suspect the remake game will continue a long time.)

Roland (via Japan) have also confirmed to CDM that they went back to the original SH-101 and TR-808 hardware to make new models of the originals. These are still assembled from the same proprietary analog circuit behavior modeling, but into a new finished product.

Upshot: these won’t sound exactly like the SH-101 PLUG-OUT for the SYSTEM-1, or the 808 model on the TR-8. I got to hear both new models enough to say they sound pretty darned good, but comparing them to the first-generation AIRA or to the original analog Roland classics will take more time.

For all the hang ups on those kind of detailed sonic comparisons, though, I think usability is actually where these things are differentiated. 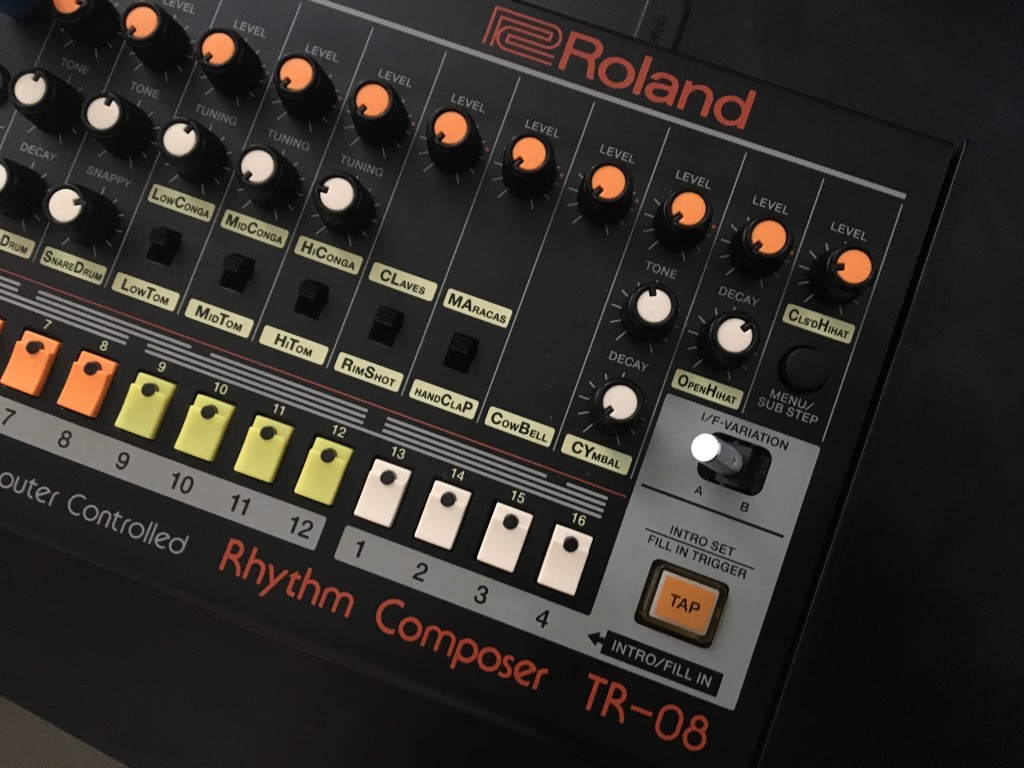 Both have all the controls of their original predecessors. So Japanese – you get all the controls of the full-sized original, but scaled down (and slightly adjusted accordingly). And this is really what sets apart the Boutique line from the first-generation AIRAs. The Boutique line give you more or less the historical controls, if shrunk in size. Speaking of shrinking: 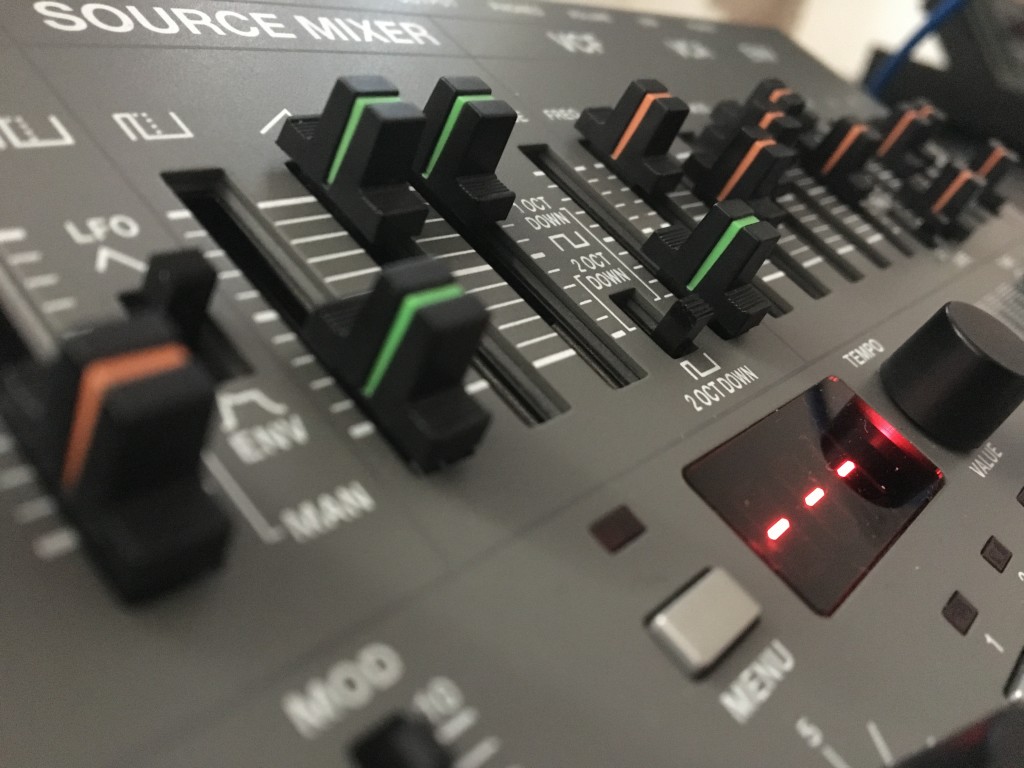 All the controls feel better than the earlier Boutique range. The knob caps on the TR-08 feature a ribbed, easy-to-grip surface and a smaller diameter. They’re still not for big fingers, but they’re a lot easier on the hands than the TR-09. (I know; I own one.) The SH-01A is improved over the previous synths, too – instead of sharp faders, you get a tapered design and better texture. It’s less painful and more fun. There are other touches, too, like a textured paint finish on the SH-01A; somehow with just minor adjustments, everything feels and looks a little better. (I still like the TB-03 and TR-09, but they’ll get a little jealous.)

The SH-01A has four voices. If you want to use the 01A in “classic” 101 mode – one oscillator – you of course can. That’s “mono” mode. But there’s more: Poly mode for 4-note polyphony, Unison mode stacking those four voices into a really fat (and very Roland) sound, and Chord mode for four-note chords. The chordal mode is especially nice to combine with the sequencer. It’s really like having four SH-101s. 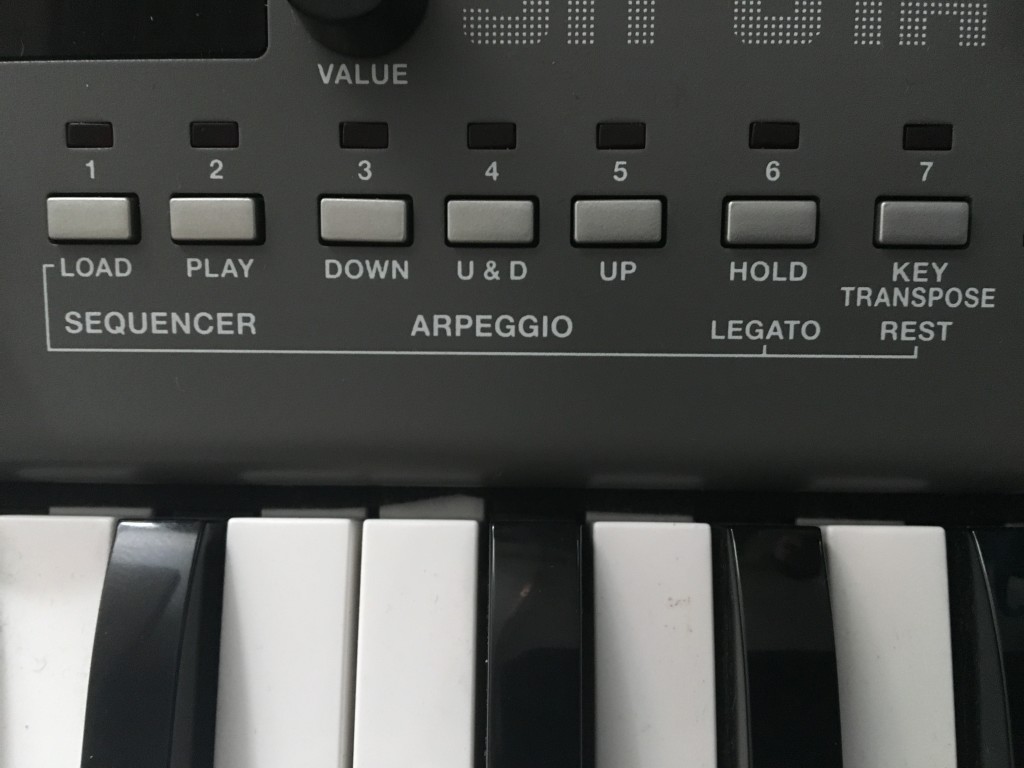 The SH-01A’s sequencer is brilliant. The sequencer works over CV/Gate, MIDI, and USB. Even better, you can trigger the SH-01A externally – so take the trigger out from the TR-08 (or TR-09, or the rim audio out of another instrument like the TR-8), and you can make unique musical patterns. This is part of what defined the original SH-101, and now you can combine it with the SH-01A’s chords and so on.

In other words, the SH-01A does everything the 101 did. It just adds the ability to see what you’re doing on an LED, and to use chords as well as individual notes via the same sequencer paradigm. And it adds MIDI/USB to the trigger in – but you can still use the trigger in.

And the SH-01A has more than a sequencer. The 101’s arp modes, legato, and glide options (plus modulation) make for lots of additional playing flexibility.

That SH-01A paint is nice. I can say there’s a nice texture to the paint for the first time. (Yeah, so, after you get involved with talking to industrial engineers and working on manufacturing, you notice these things.) And Roland has confirmed alternative colors are coming, presumably in some sort of limited run – you can see red and blue on their site. As with shipping details, though, no word yet on how to get the alternates. 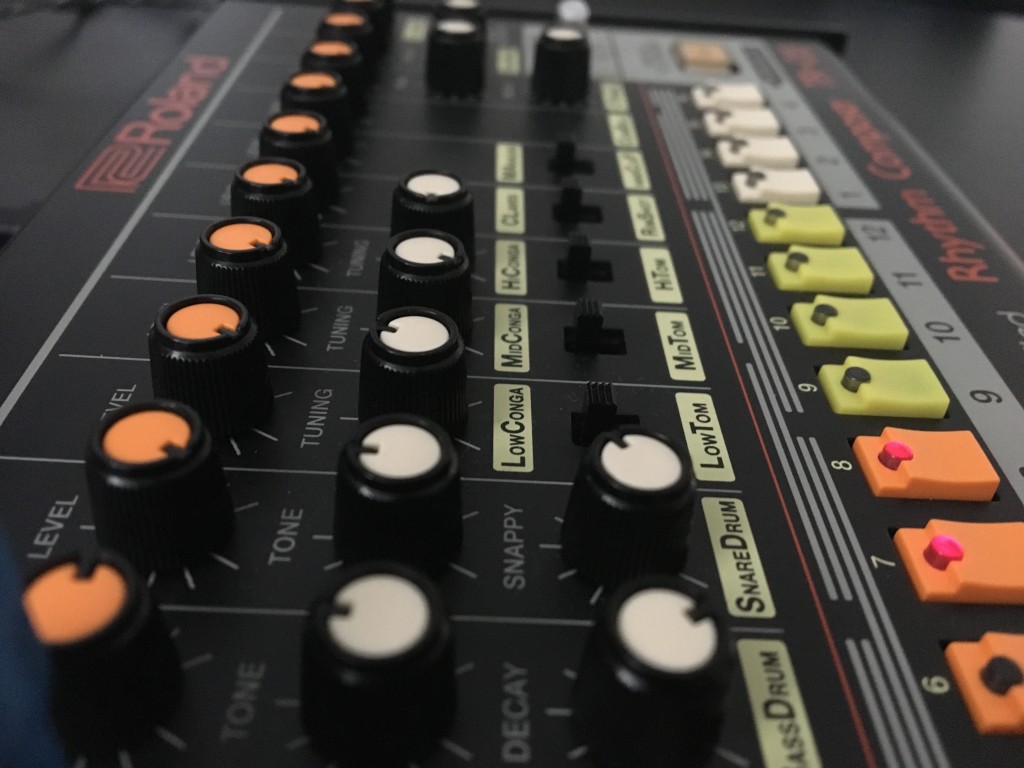 Sub steps and real-time entry on the TR-08 make it more fun to program. Sub steps give you rhythmic subdivisions of steps (16 each) for fills, rolls, and complex rhythmic patterns. Real-time entry lets you tap in parts without changing modes.

There’s a useful trigger out. Select by track, then send a trigger to … the SH-01A. Or other gear, of course – modular or desktop.

There’s a compressor on the TR-08. I really want this on the TB-03. (Dear Santa: firmware update?) But the TR-08 gets a useful compressor for the kick and snare. That can give you some really booming kicks; I tried it and it’s nicely transparent and … when you want it, aggressive.

Individual outputs are available over USB. The TR-08 works the way the TR-09 does. You get only stereo out (or split mono out); for more outs, you can parts separately over USB. I’m sure this will get some complaints – it’s nice for computer users, but means the market is still open for those wanting standalone hardware with lots of outs, especially if you want to use them live. (It is just $349, though, remember… and to be perfectly honest, I’ve been able to live with this on my TR-09. Ducks…) 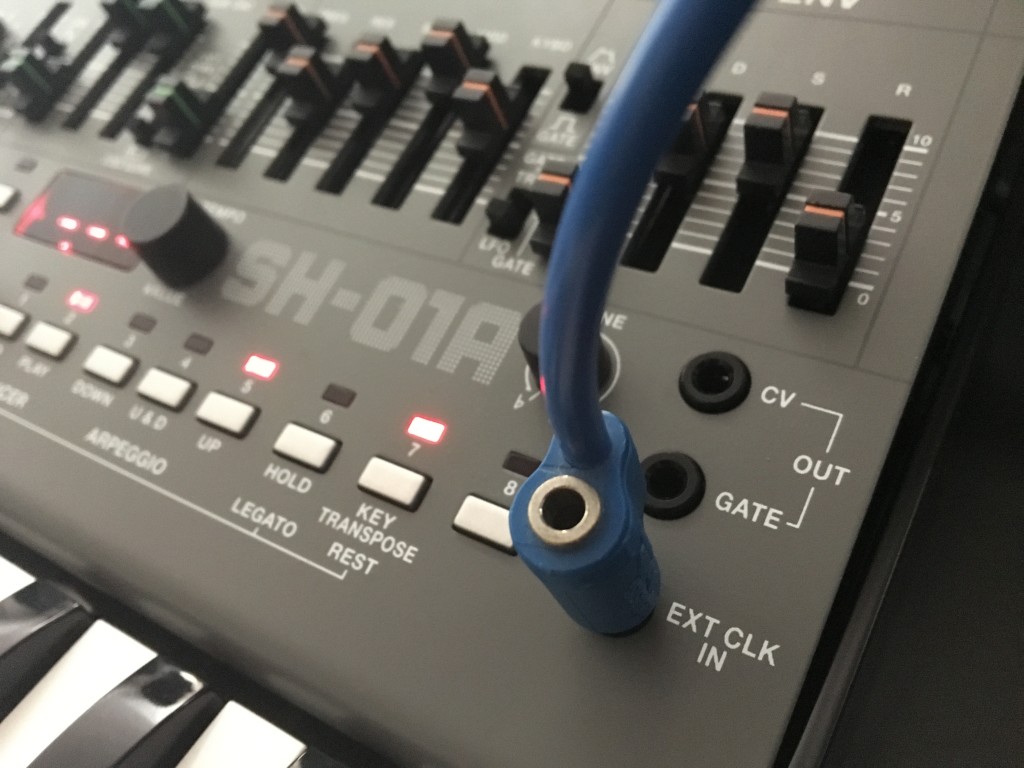 Put them together with the trigger and enjoy. It’s the trigger out – to trigger in from TR-08 to SH-01A that’s really fun, because you get not just sync but the ability to create patterns by triggering individual steps. (That is hard to say in words, easy to see in a video.) You can also use the TR-09 this way.

We’re getting them soon, but… not sure when. Roland haven’t announced shipping dates yet. Expect these to be tough to get at this price. But we’ll have more hands-on time with them so you’ll be ready to make the most of them and compare them to what else is out there (including from Roland). 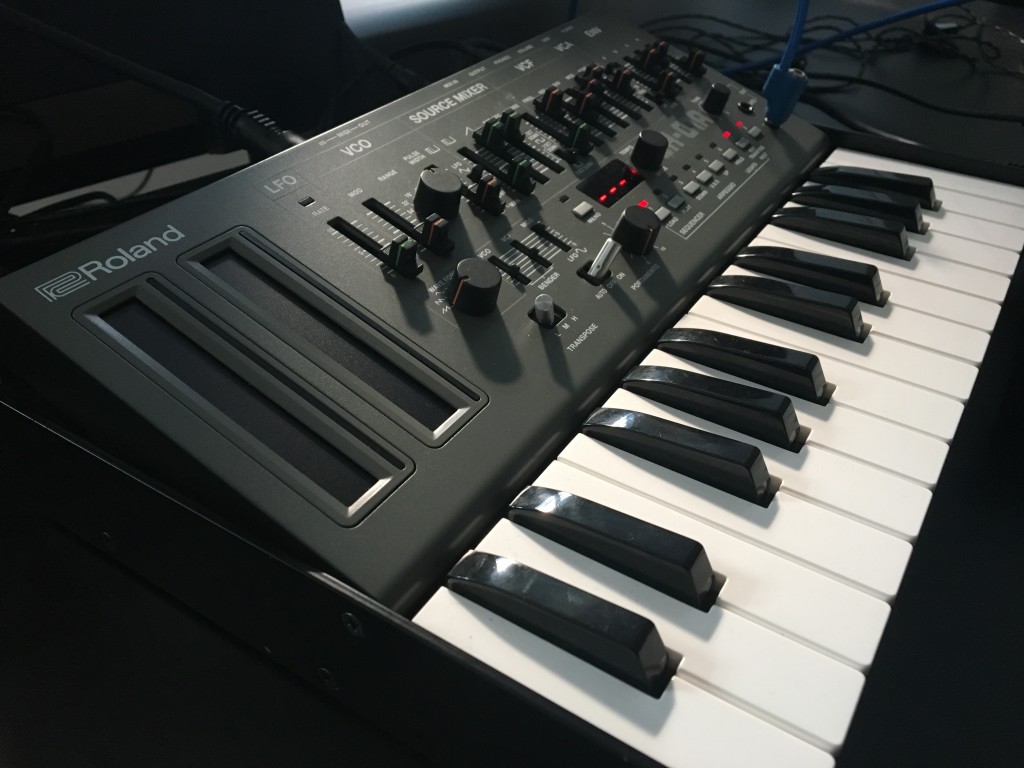 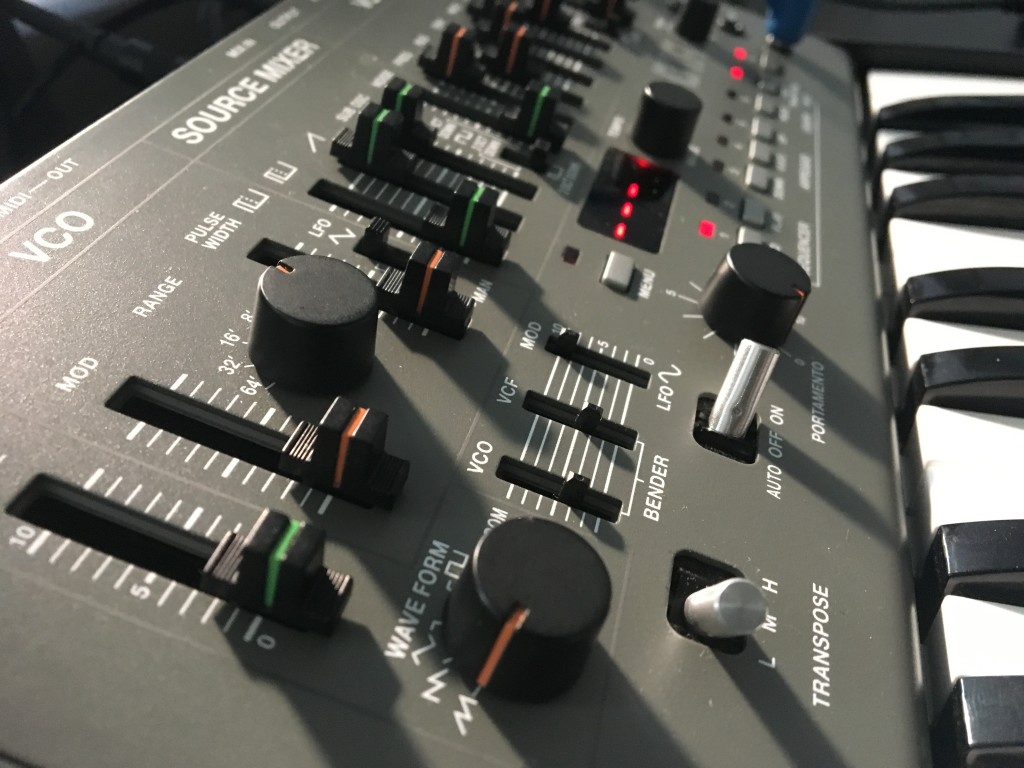 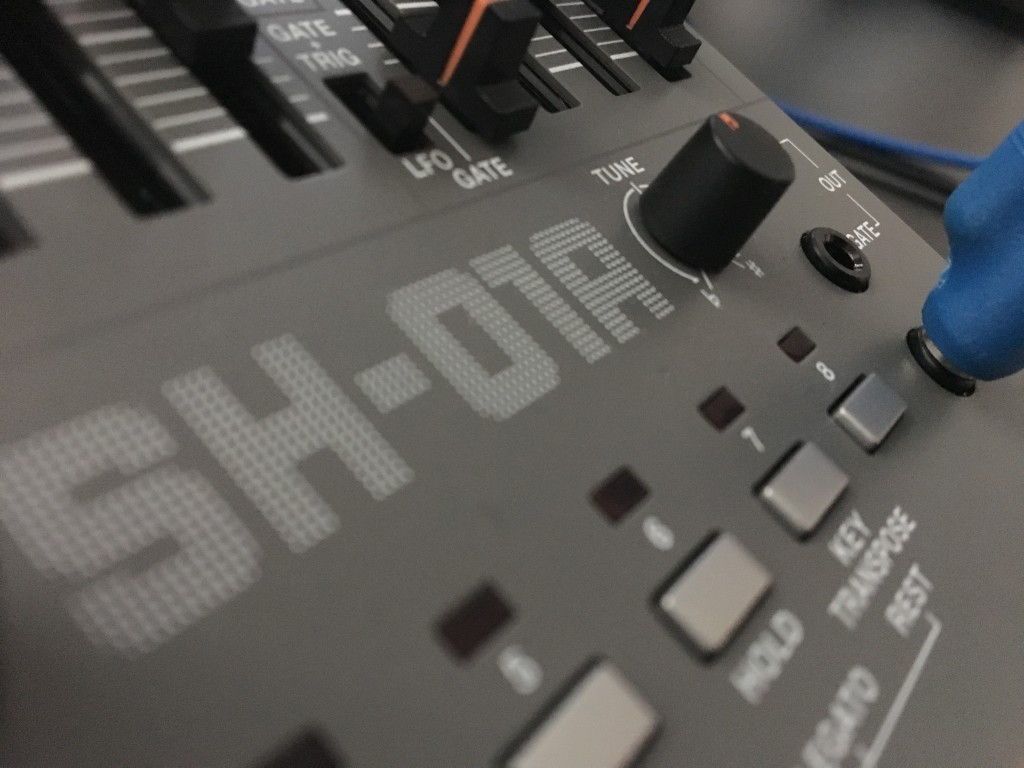 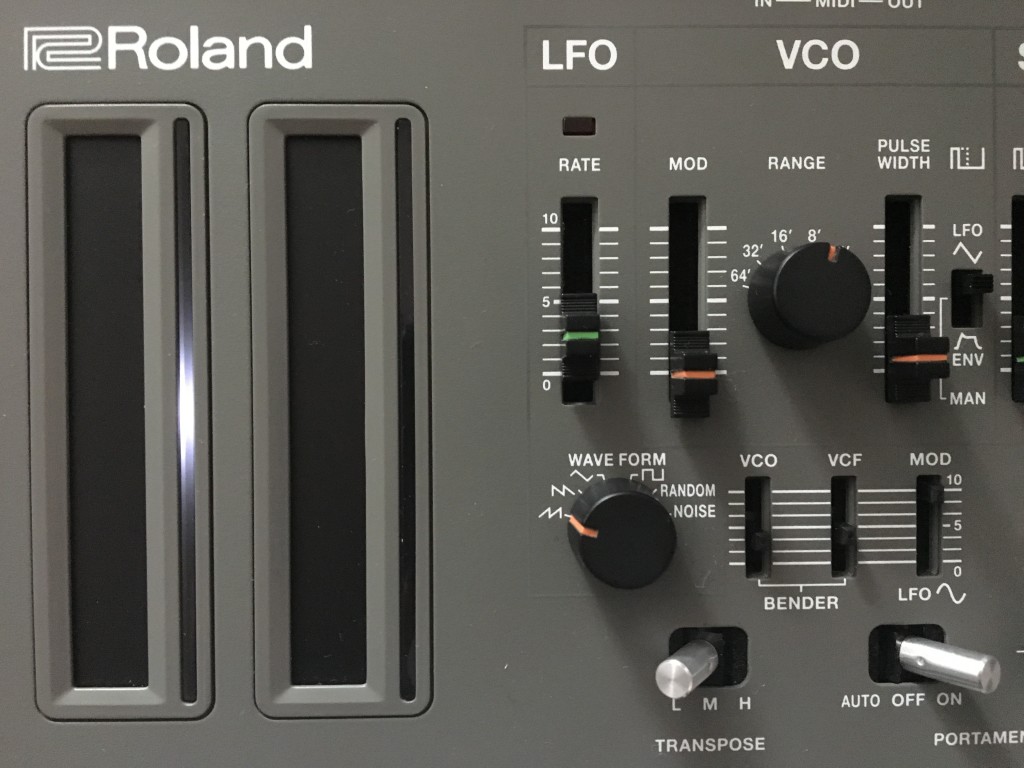 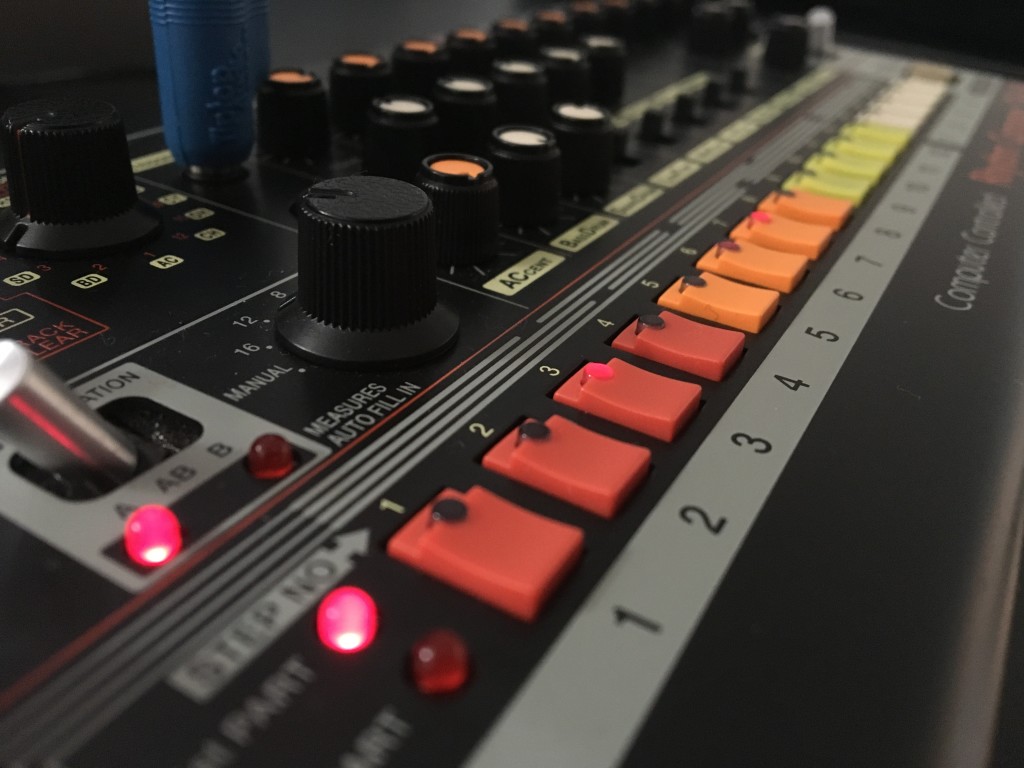 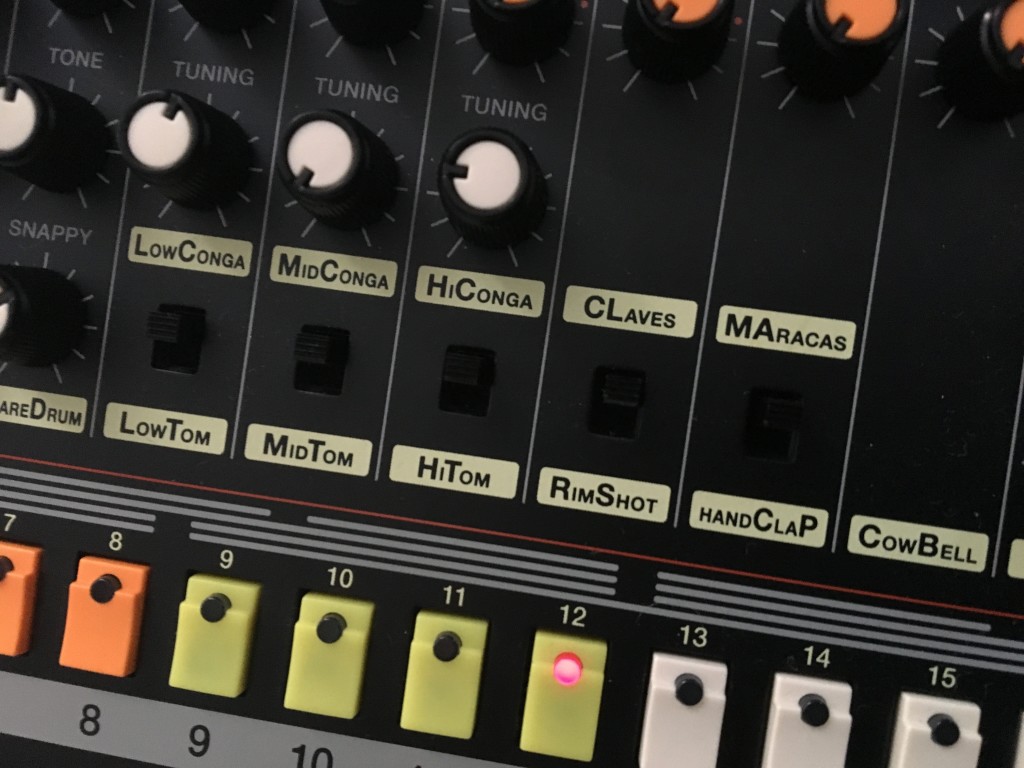 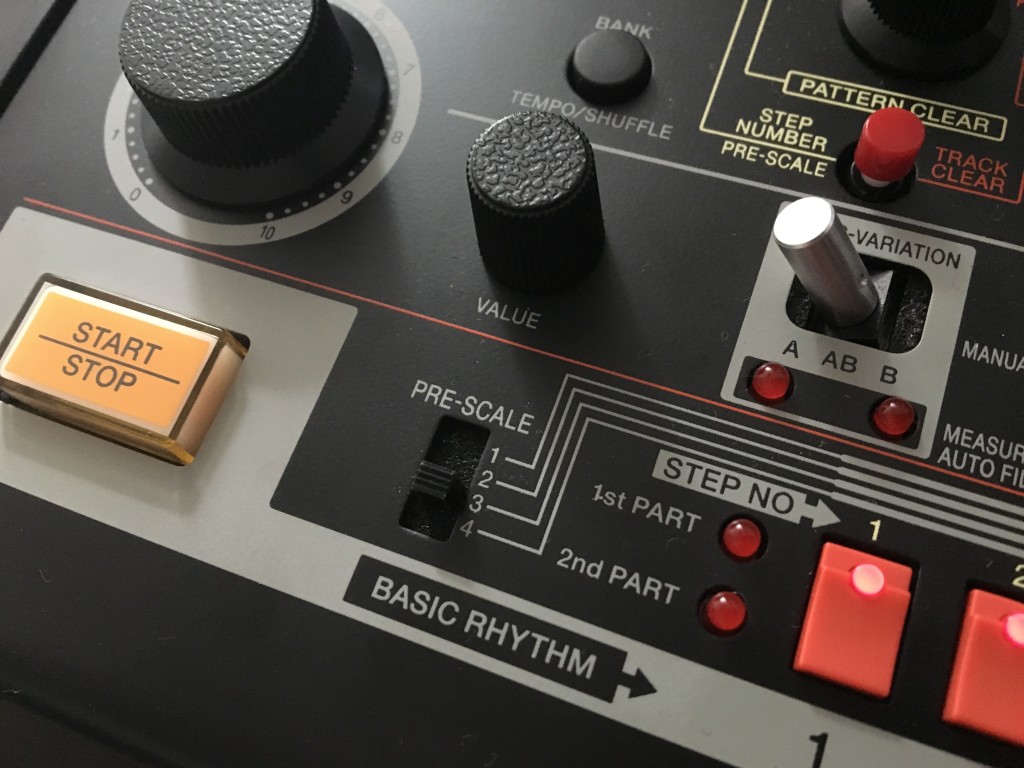 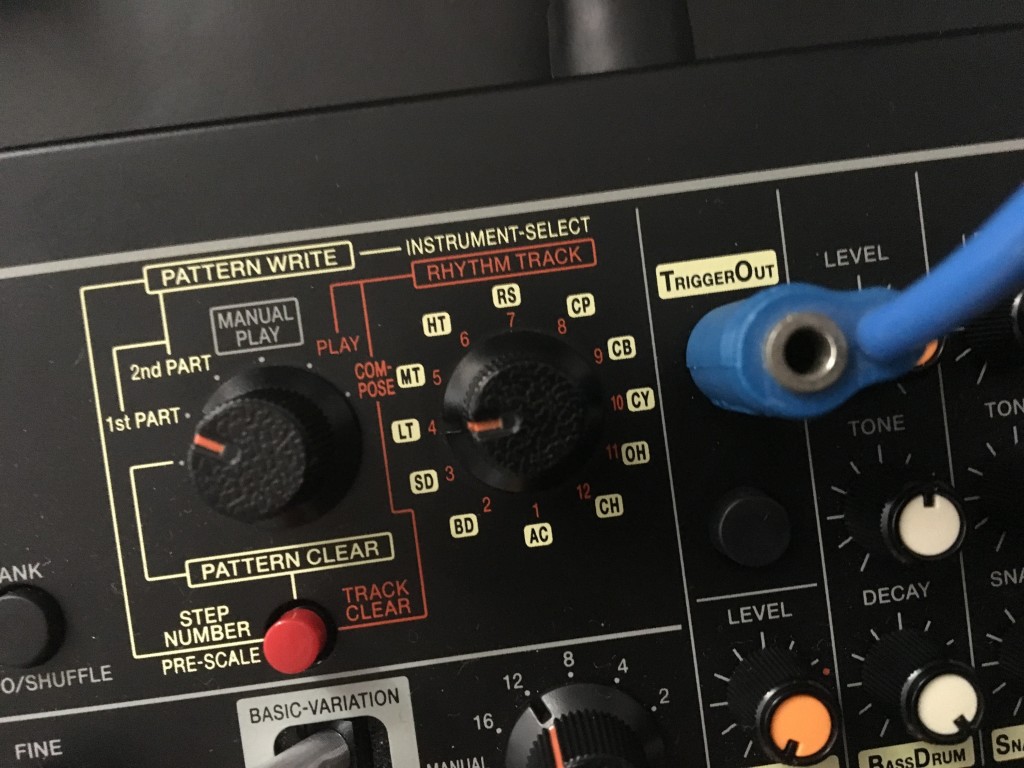 And round up some artist interviews:

Official product pages are now up:

Also, if you own an AIRA TR-8 drum machine, you’ve now got a powerful way of triggering external samples via MIDI (including on the Roland SP-404SX / new black SP-404A). Our explanation of that:

Radical electronics on a grand scale: Berlin Atonal in its fifth reboot year