Avid modular enthusiasts will know some of these builders – or, in the case of Polivoks, the storied Soviet brand they resurrect. But some one-person electronics builders were in public for the very first time, in advance of even stock to sell. Tucked beneath the vaults of a former wine factory, the project had a show-and-tell feeling. Framed by conventional instruments (balalaikas, even) in one corner and big-name electronics along one wall, tables were bestrewn with crazy modulars.

Alongside the likes of Roland and Czech boutique Bastl, it was the Russian builders that will surely be of most interest to international audiences. A lot of these makers just couldn’t afford the trip even to Berlin’s SuperBooth, instead coming from round the corner in the Russian capital or perhaps by high-speed Sapsan train from St. Petersburg.

Here are some favorites. 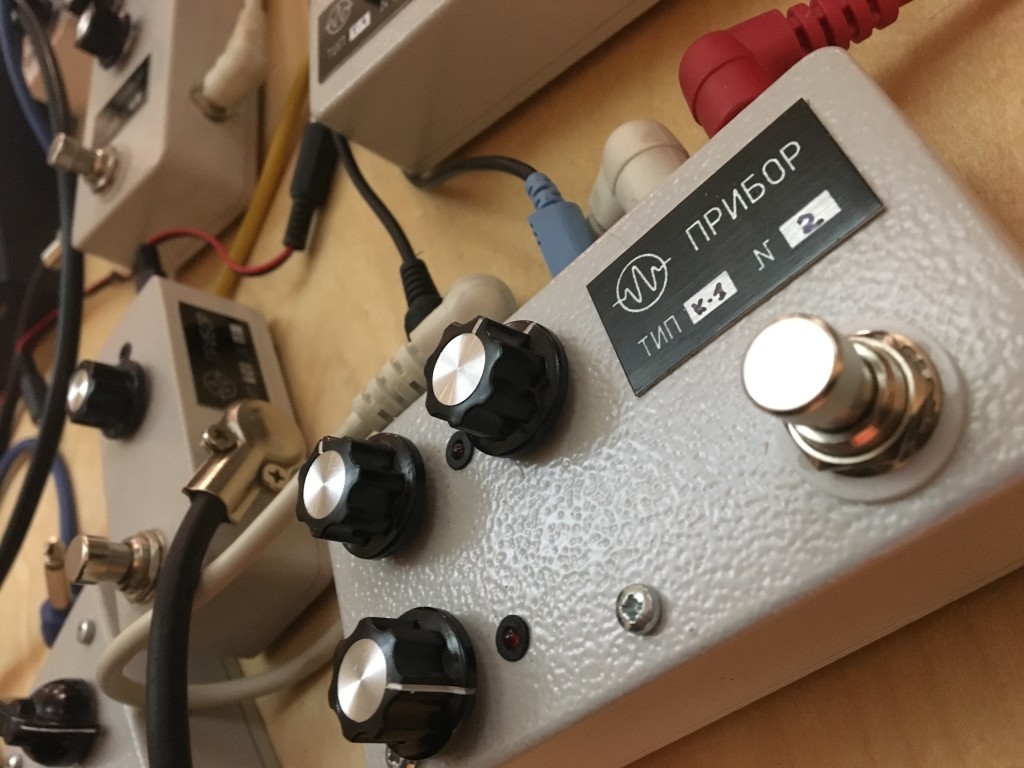 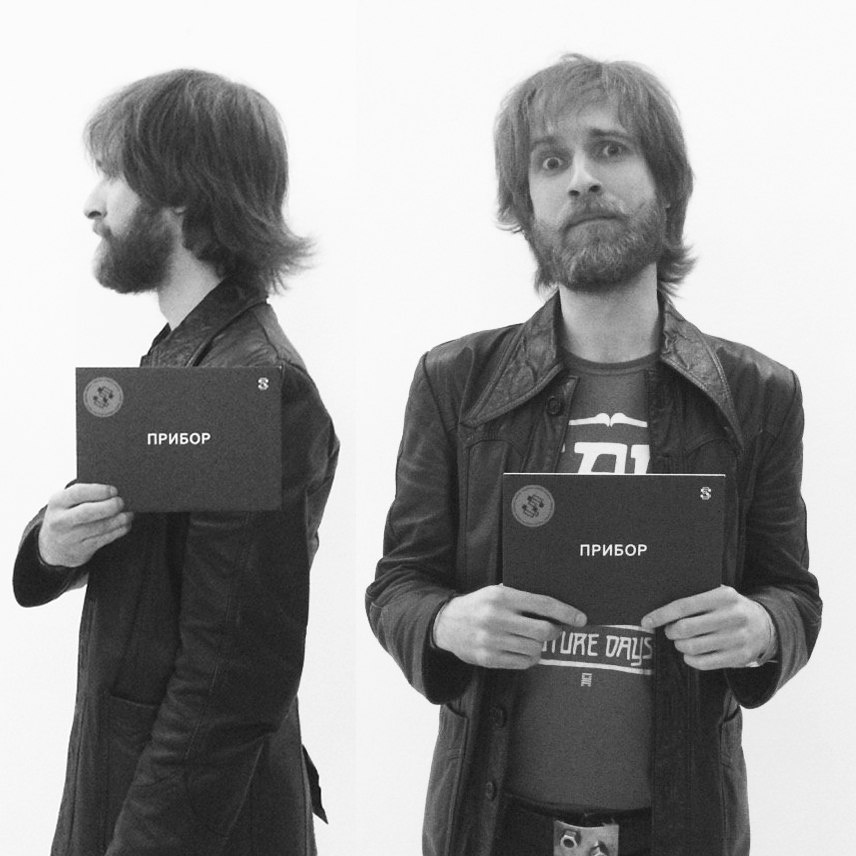 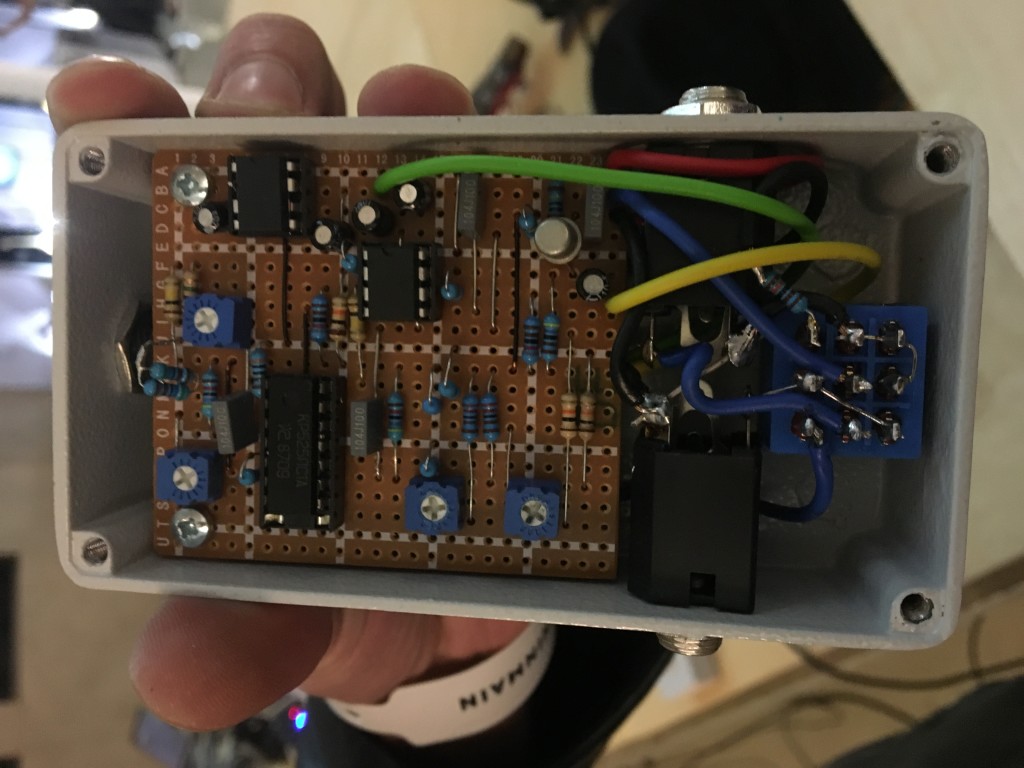 So my personal two favorites each come from St. Petersburg. The first is ПРИБОР (Pribor – translates basically as “device” or “appliance”).

Vlad’s little boxes add gnarly processing, drawn from a pile of post-Soviet chips, from filters to phasers. In fact, you could almost skip the Eurorack entirely and just make chains of these for your favorite guitar or synth. With our MeeBlip, this was pure gold. I’m literally planning a trip to St. Petersburg just to grab some of this.

Vladimir told me he’s actually opposed to the idea of posting demos, preferring to give people a bespoke taste of what to hear, but you can catch some sounds on his site above… or wait until I sell enough MeeBlips to buy a few. 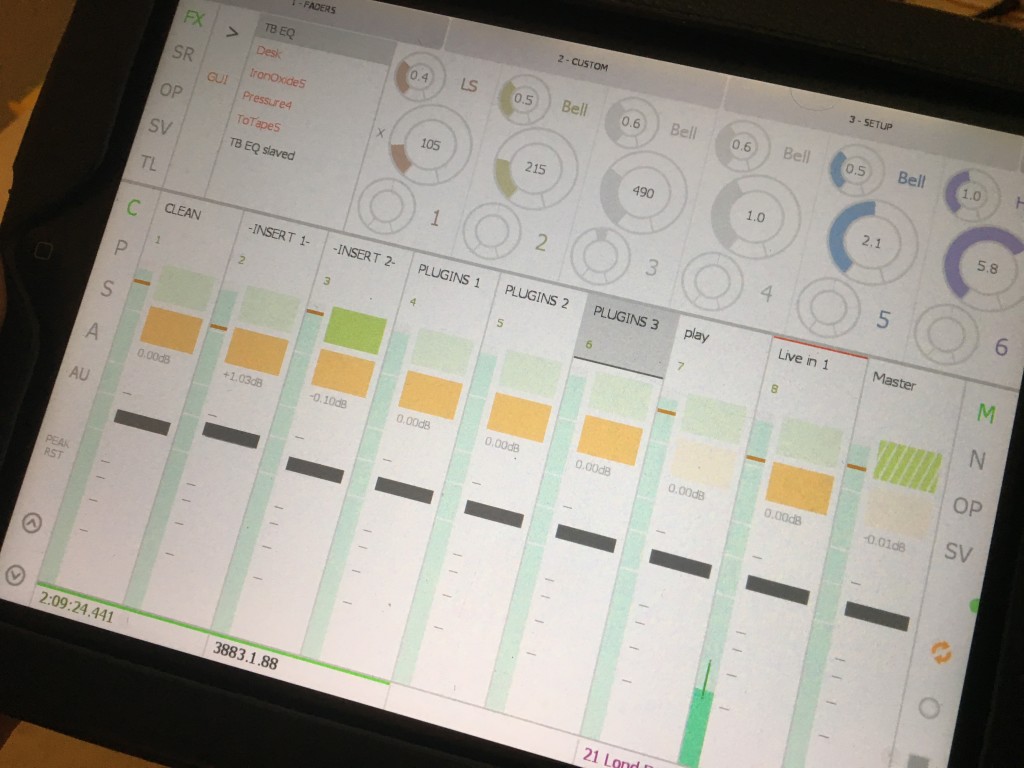 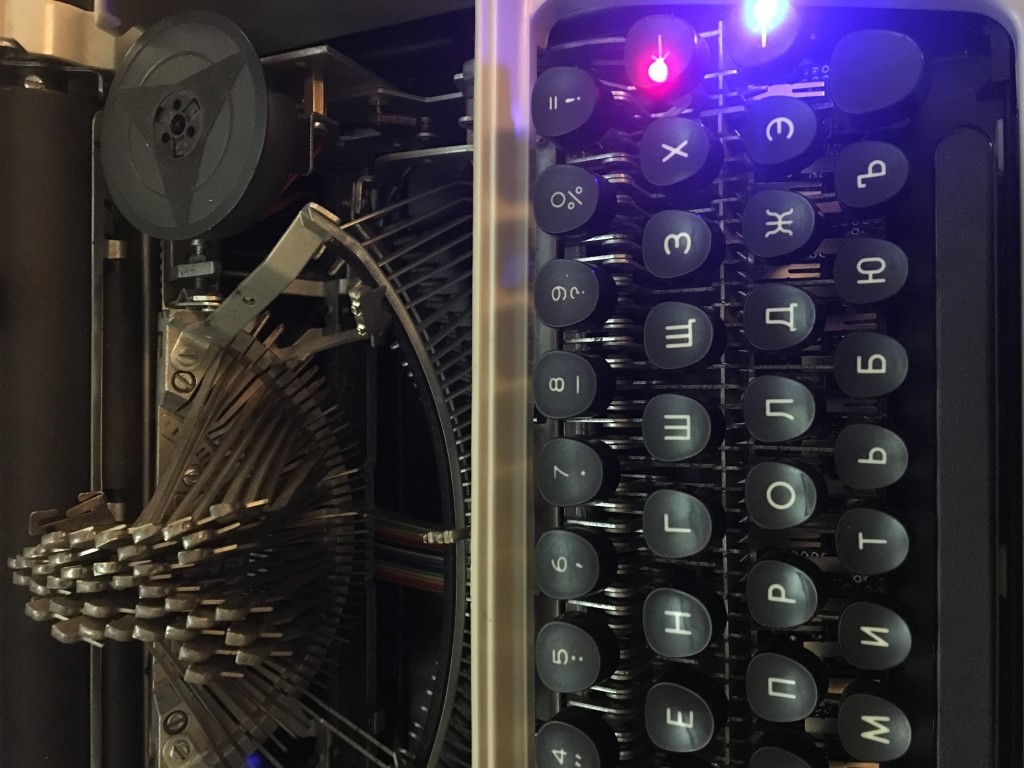 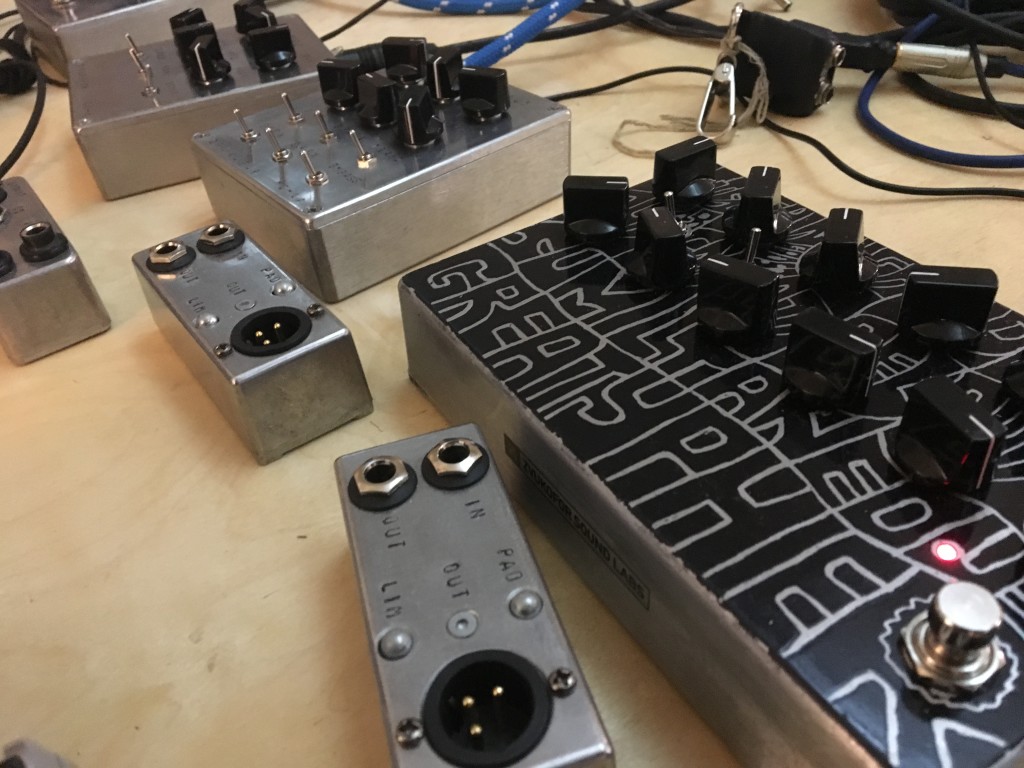 The Color Amps are beautiful sounding DI box / amps for instruments and synths. They don’t just amplify: they add natural compression, warmth, character, dirt, and in a wonderfully particular way. It’s like having the ability to fatten up sounds with a precise dial that says “get dirtier this way” – particularly since there are several variants from which to choose. Again, we tried it with the MeeBlip (as referenced in his report below), and I must say, the results were so thick and lovely I was almost frightened.

Reaper seems to be the unofficial crown champion of the DAW scene here, so little wonder that one of his other creations is a clever OSC-powered template for Liine Lemur. (Sorry, translation: you get iPad control of Reaper that’s arguably better than even the combination of Apple’s own Logic with the iPad.) I can’t wait to get my hands on this one, as I’ve been using Reaper more lately. 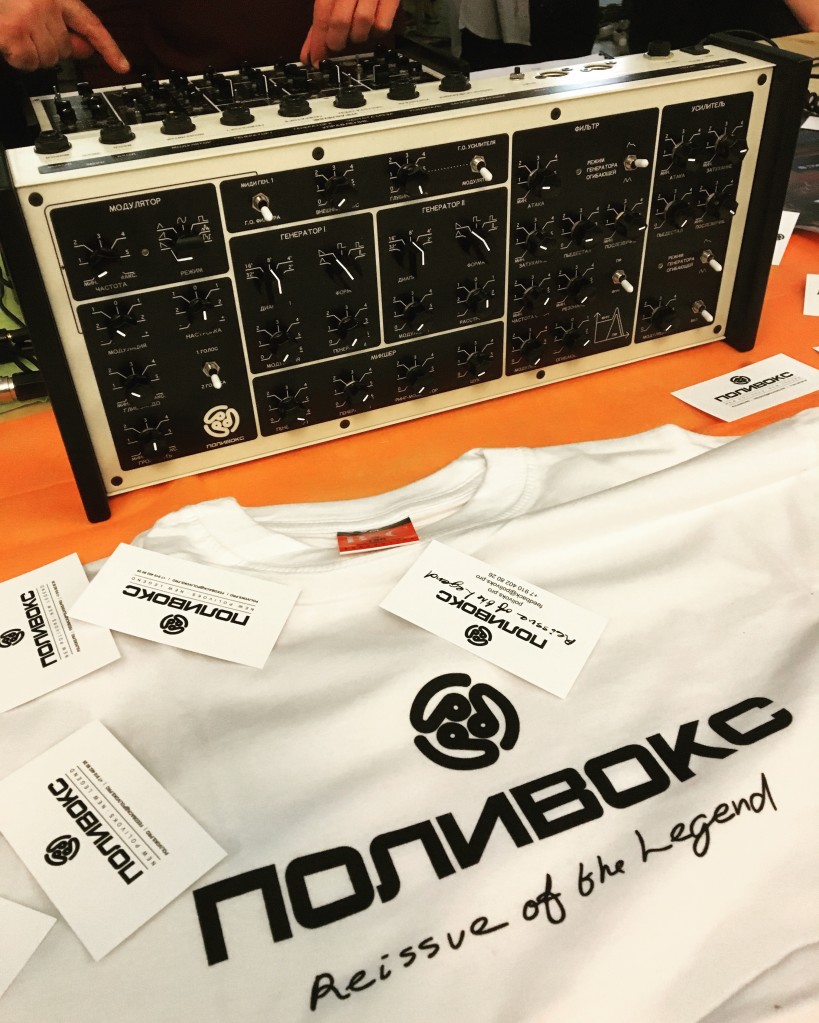 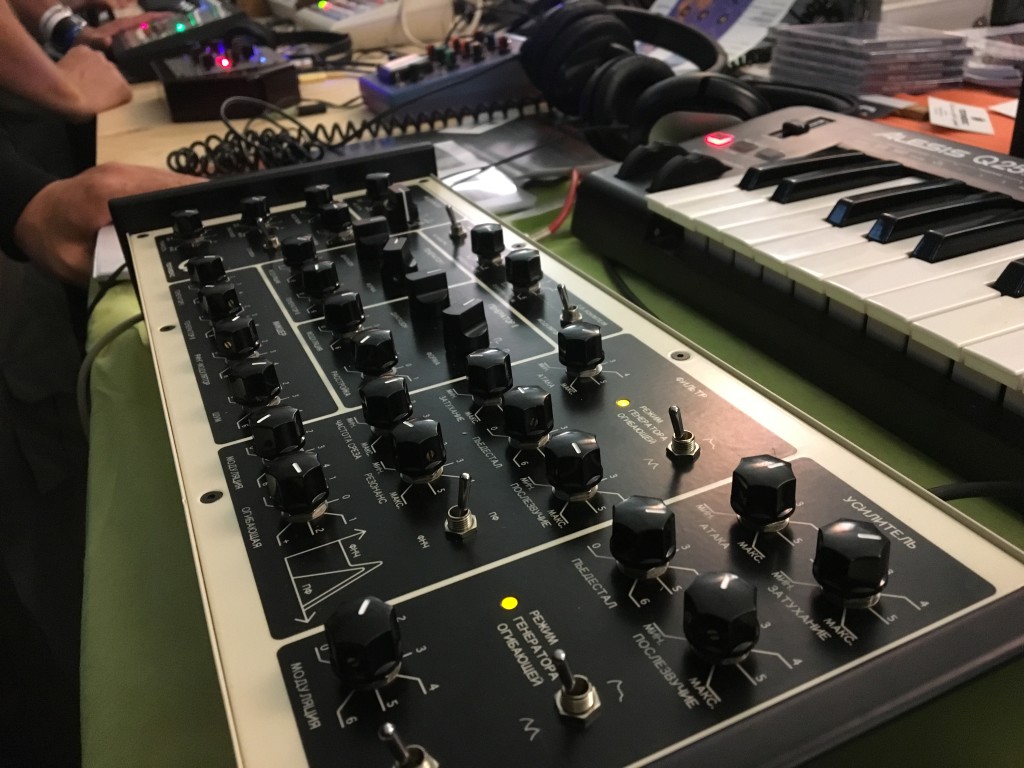 Fans of Soviet era synths, this is one you’ve heard of. But it was great at Synthposium to see the Polivoks reissue as a cornerstone of a revitalized synth scene in the former USSR, centered in Moscow. The one and only Vladimir Kuzmin, creator of the original, worked on this spectacular recreation – which, now with more consistently reliable parts, finally really gives that original genius its due.

I hadn’t gotten much chance to talk in person at Superbooth, so it was really an honor to be in the presence of this team in their home city. I have gotten a chance to hear this instrument, and frankly, it’s one of the coolest synthesis machines I’ve ever gotten to use, packed with possibilities. 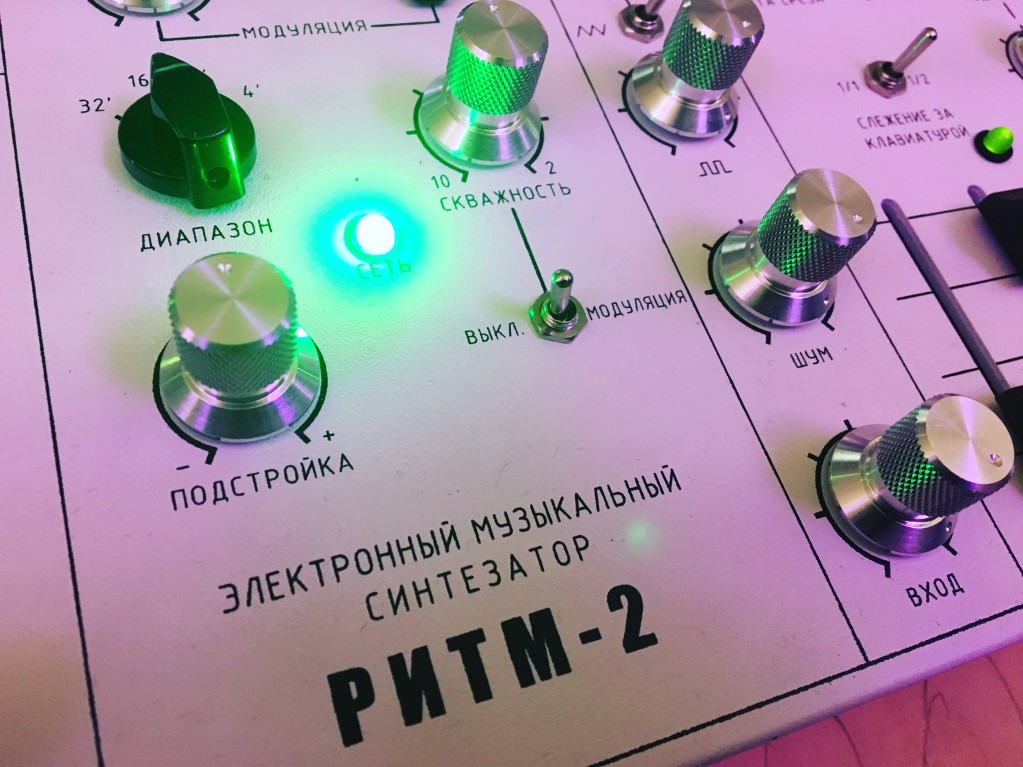 The LYRA-8 and LYRA-4 “organismic synthesizers” are spectacular, alien-sounding analog synths, 8-voice and 4-voice, respectively. These oscillators combine with FM modulation and synthesis algorithms for eerie, science fiction-y goodness. They’ve been available since last year, but it was wonderful getting into their soundscapes – and I think this goes nicely with the futuristic-but-dirty-but-futuristic sounds of this Russian synth landscape. 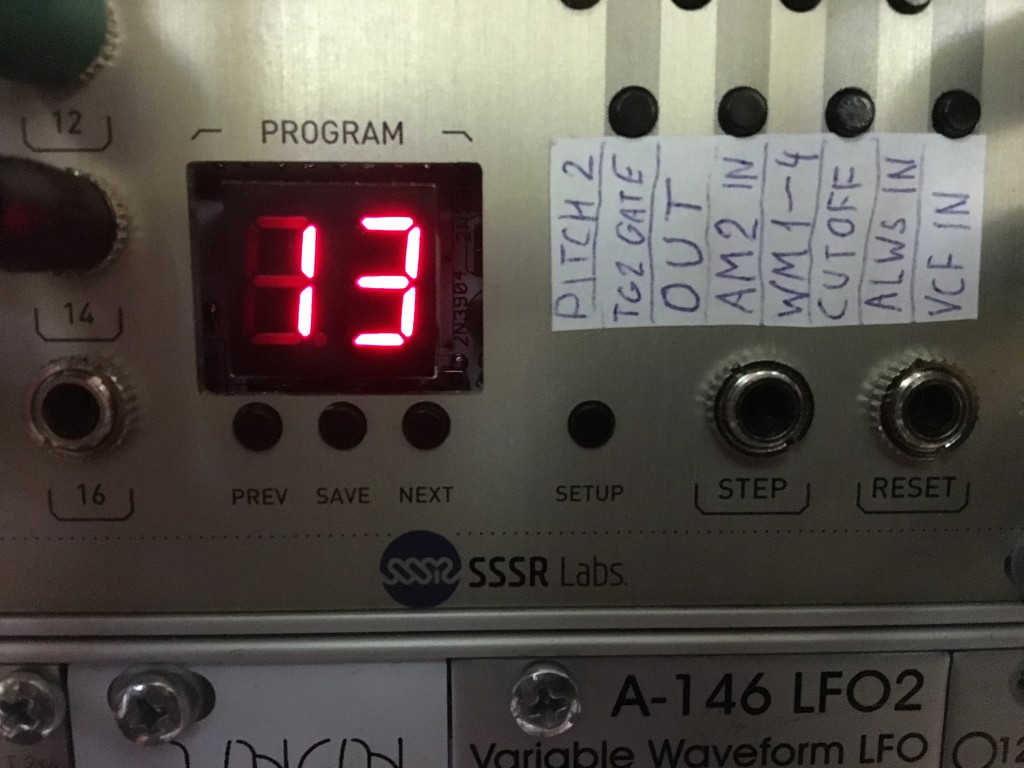 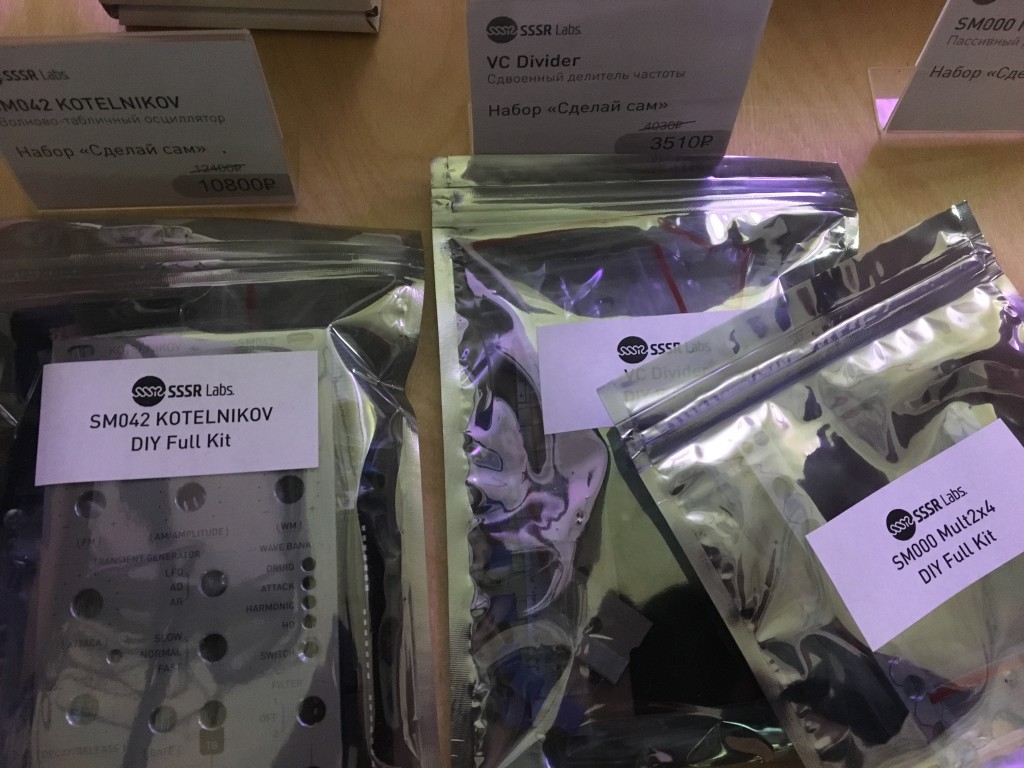 Shtatnov is a musician and engineer alike, and his SSSR Labs are a don’t-miss line of Eurorack and other goodies (even VSTi). The new Matrixarchate module won the show’s Eurorack competition for its magical routing powers. 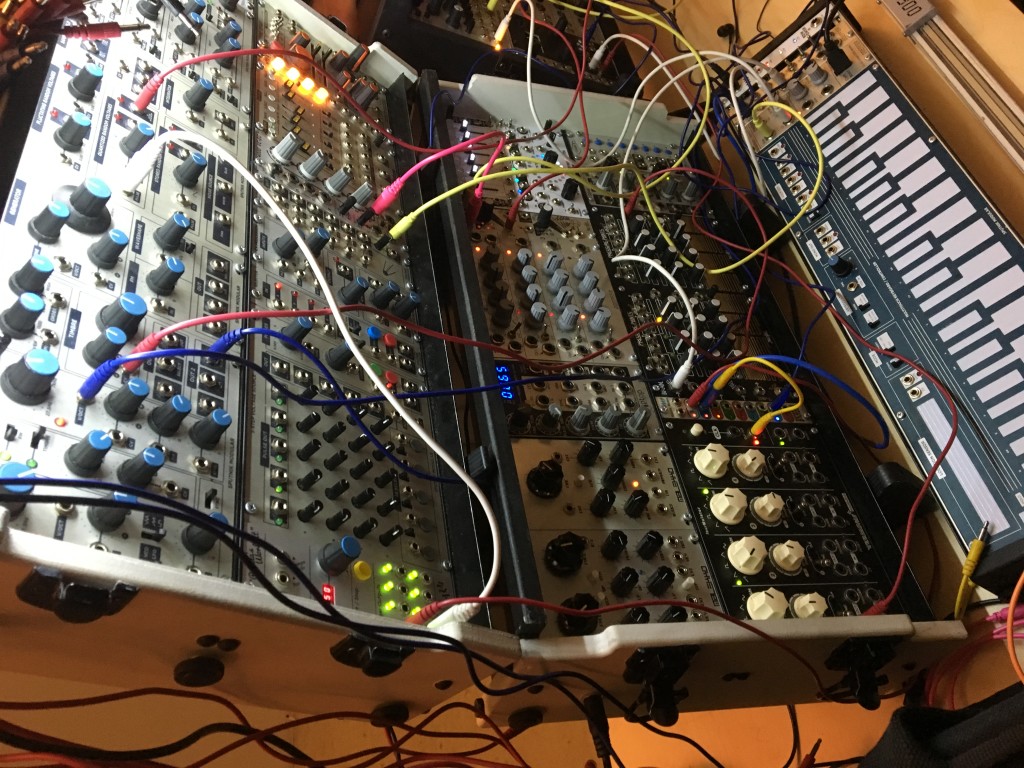 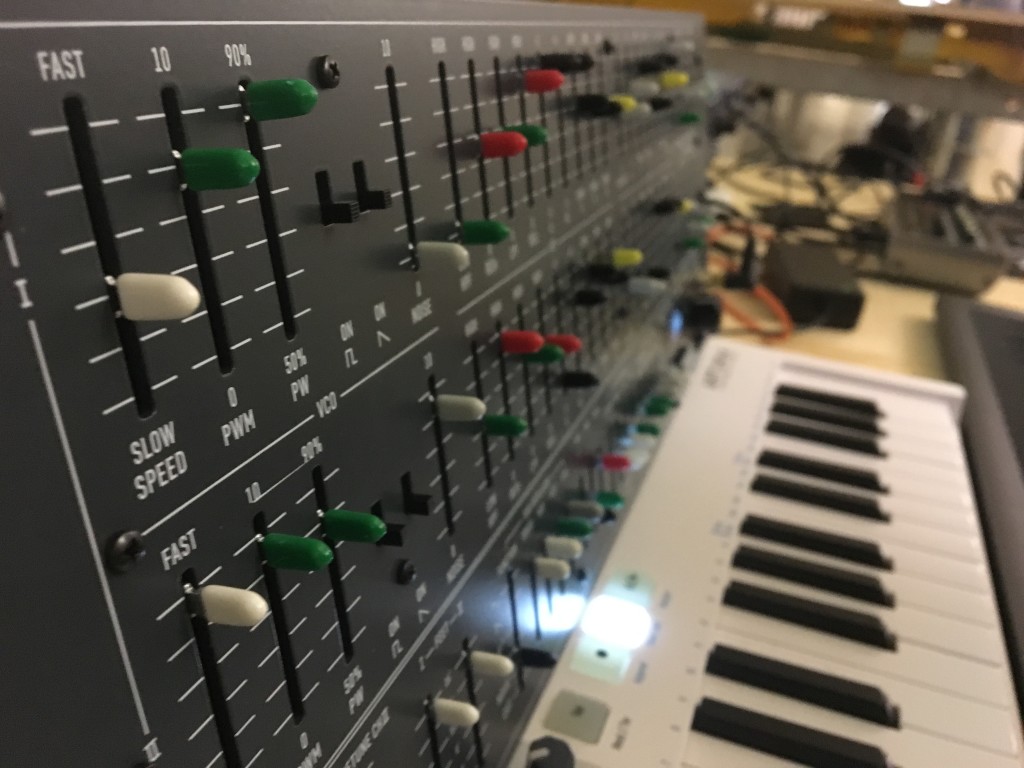 Roman is another of the geniuses of the synth world – once based in Moscow, now off in Tokyo. He’s known in the scene as founder and engineer of Sputnik Modular, an endeavor he’s since sold to a new owner. His creations for Sputnik Modular are more like what would happen if the West Coast modular scene kept going west – with a fresh take on Buchla’s creations.

But while we wait on what may come with life after Sputnik, we were treated to Roman’s other dreamy creation, as the ominous Black Corporation.

Black has one main product here. Deckard’s Dream is an 8-voice analog polysynth capable of making, among other things, nice Blade Runner sounds for you. It’s loosely inspired by the Yamaha CS-80 but a nice enough invention of its own. At US$1,199.00 (US$349 kit) just to reserve a preorder place in the queue, and nearly four grand to buy the finished product, you can see where the “dream” bit comes in. But it’s a dazzling display of luscious sonic texture, and after a few minutes playing with it, I’m totally hooked. 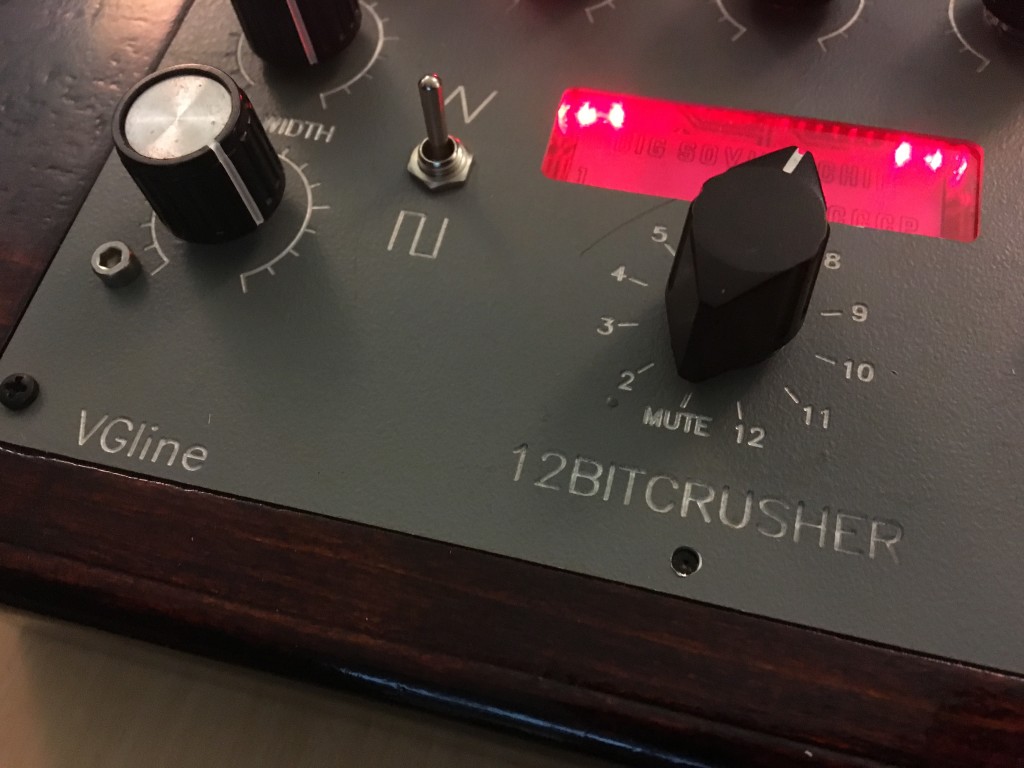 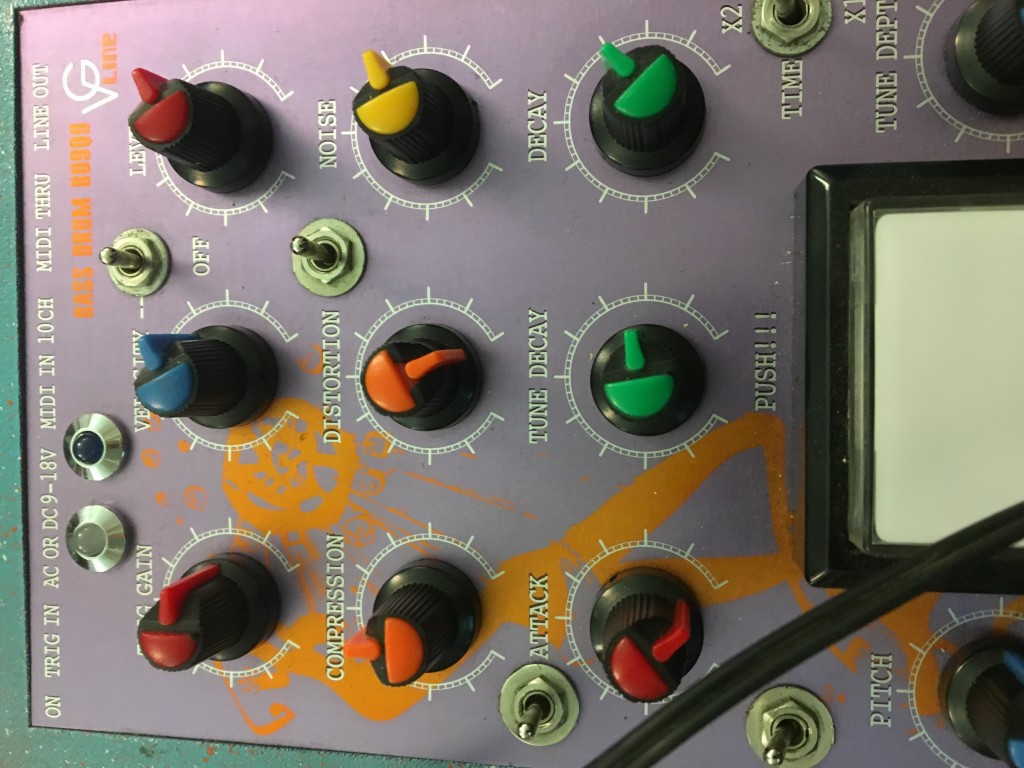 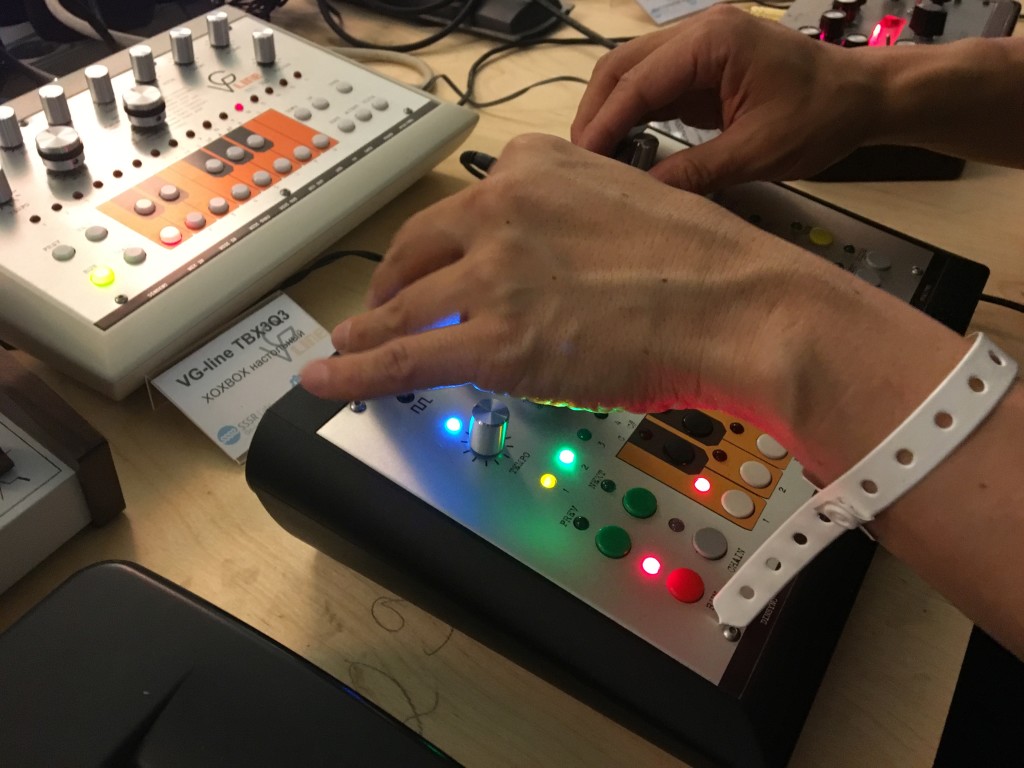 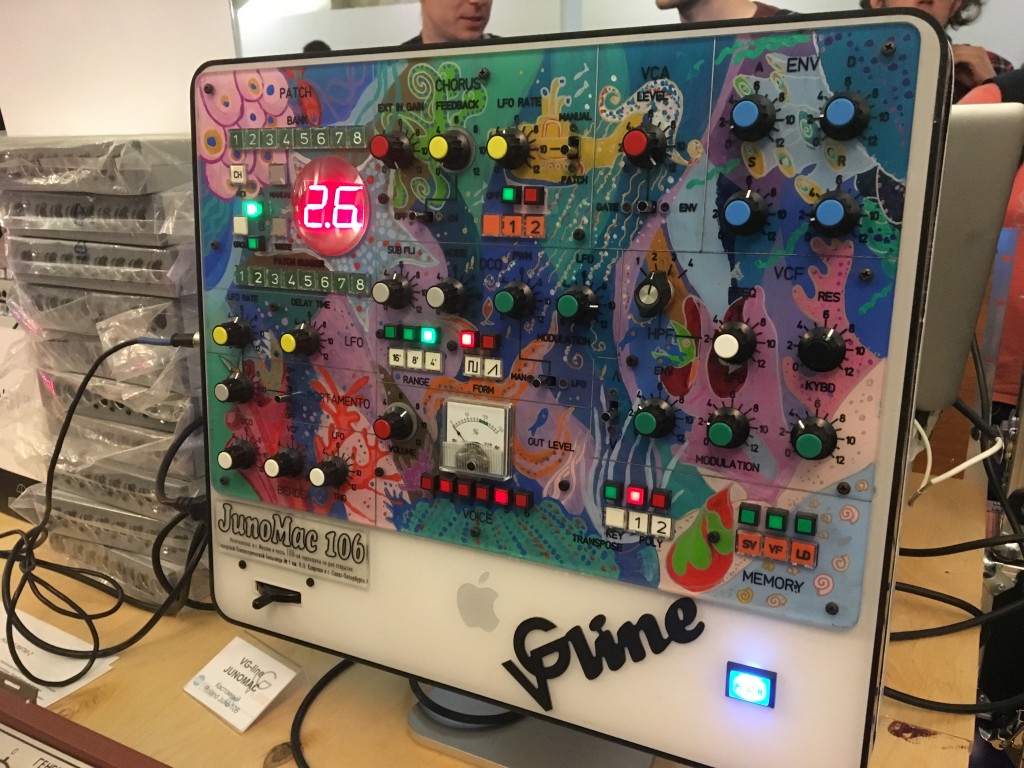 VG-Line is a prolific one-handyman sonic electronics shop. When owner Vyacheslav Grigoriev isn’t repairing and modernizing gear, he’s making new stuff – including parts like his own MIDI equipment and DACs, or products like 909 and 303 clones (including a very nice variant on the x0xb0x 303 clone).

At Synthposium, the 12bitcrusher stole the show for sound processing, with some delightfully glitchy and grimy effects.

But I think for most of us, we’ll recall Vyacheslav’s answer to the question “what would an iMac full of synth modules be like?” See, pictured.

Some old videos of his work:

Plus, have a look inside at the chip with that beautiful red “CCCP” chip: 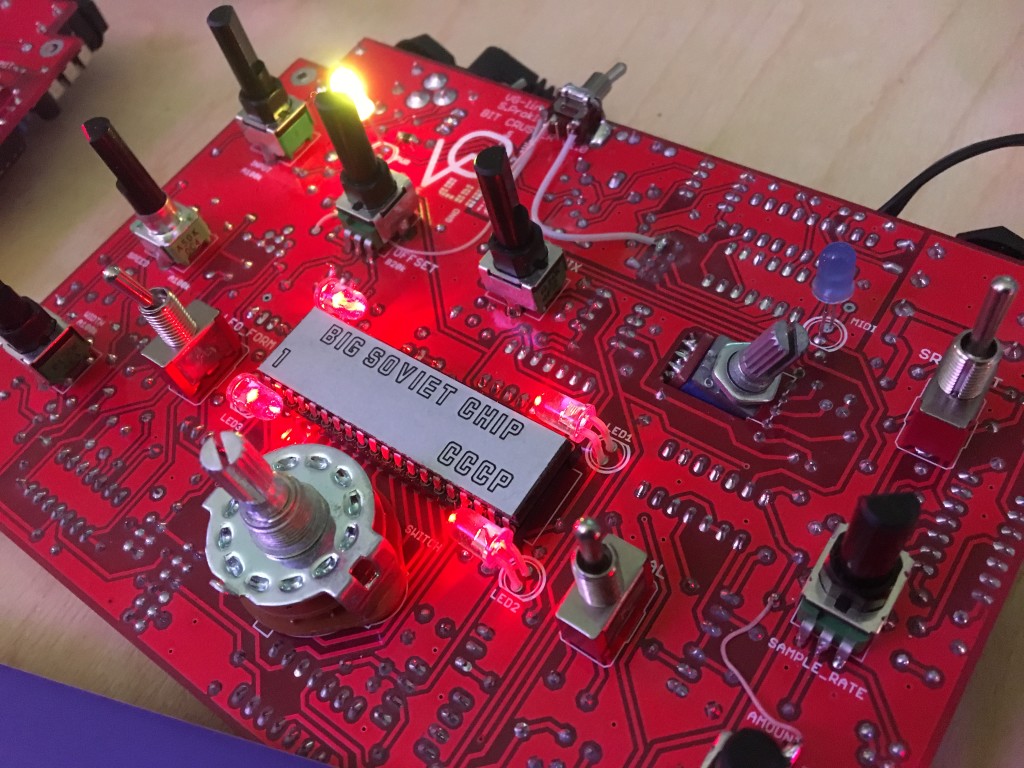 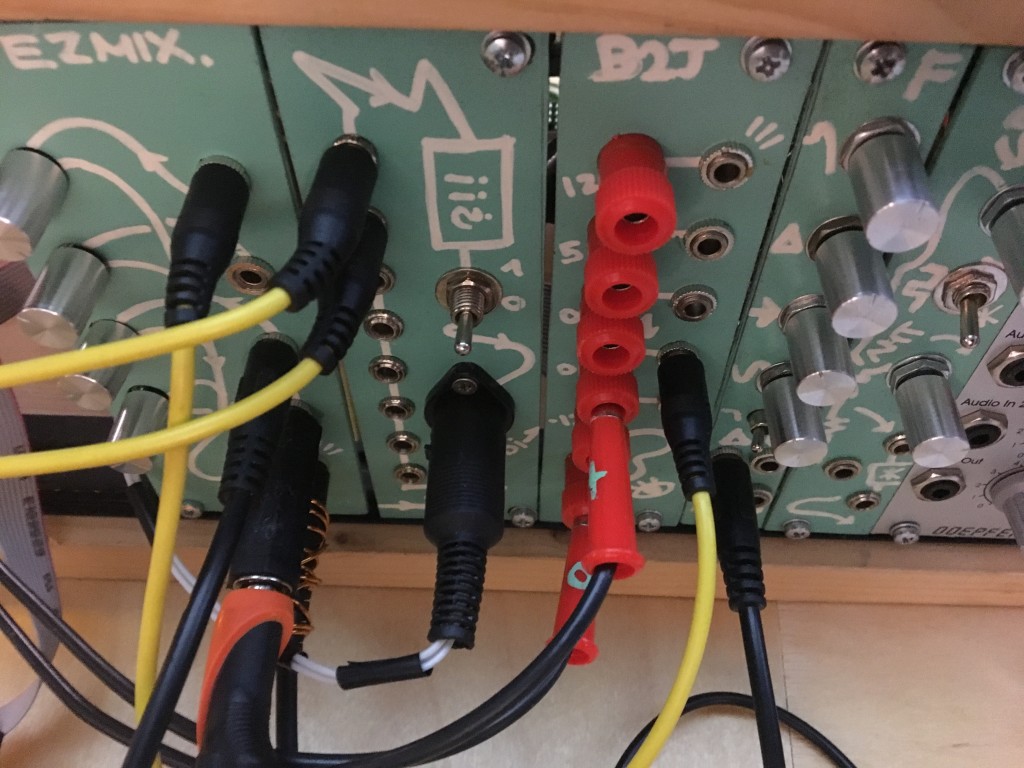 I want to describe the goodness of these modules, but I think this image does it best: 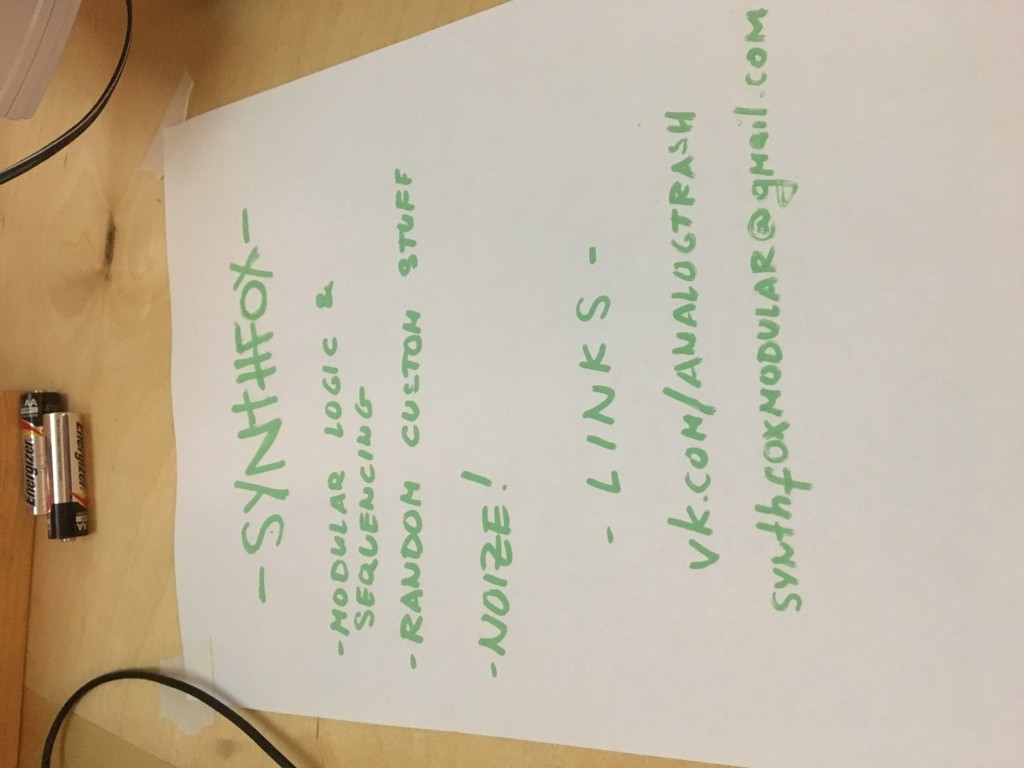 There’s loads of smart stuff here – including a vertical sequencer – in the works. And I love this DIY attitude. 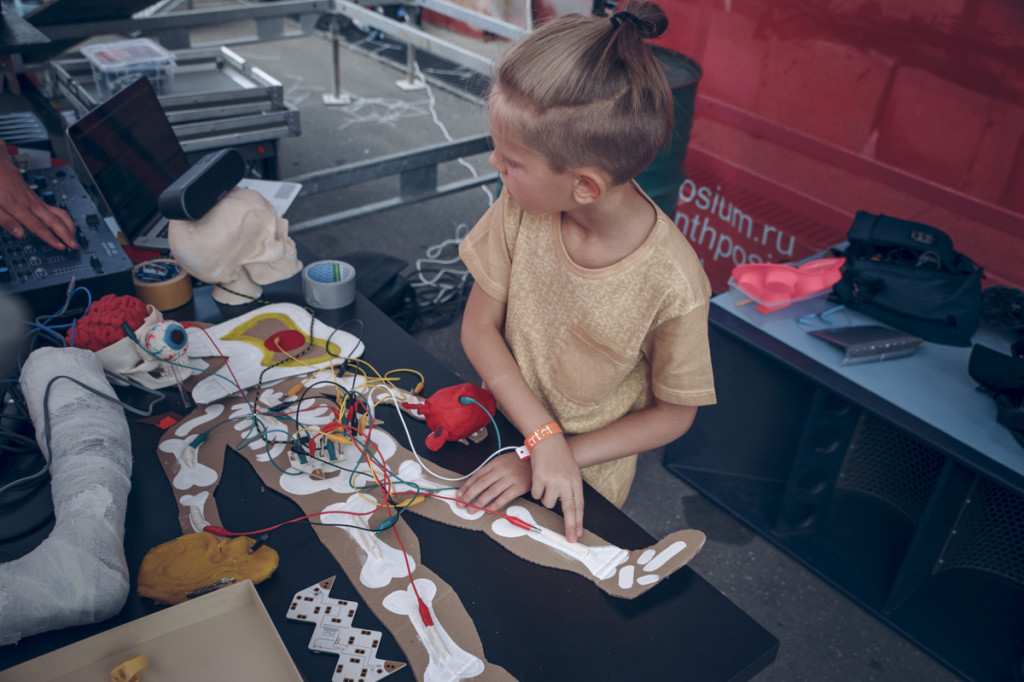 Playtronica is Russia’s answer to DIY boards like Makey Makey – but with a much more musical bent. Their Playtron lets you add MIDI-friendly touch to anything, among other accessories – and they had a clever DIY relay board for lighting in prototype form, too. (Plus Jekka, one of the collective, had a fantastic performance at the start of their festival.) 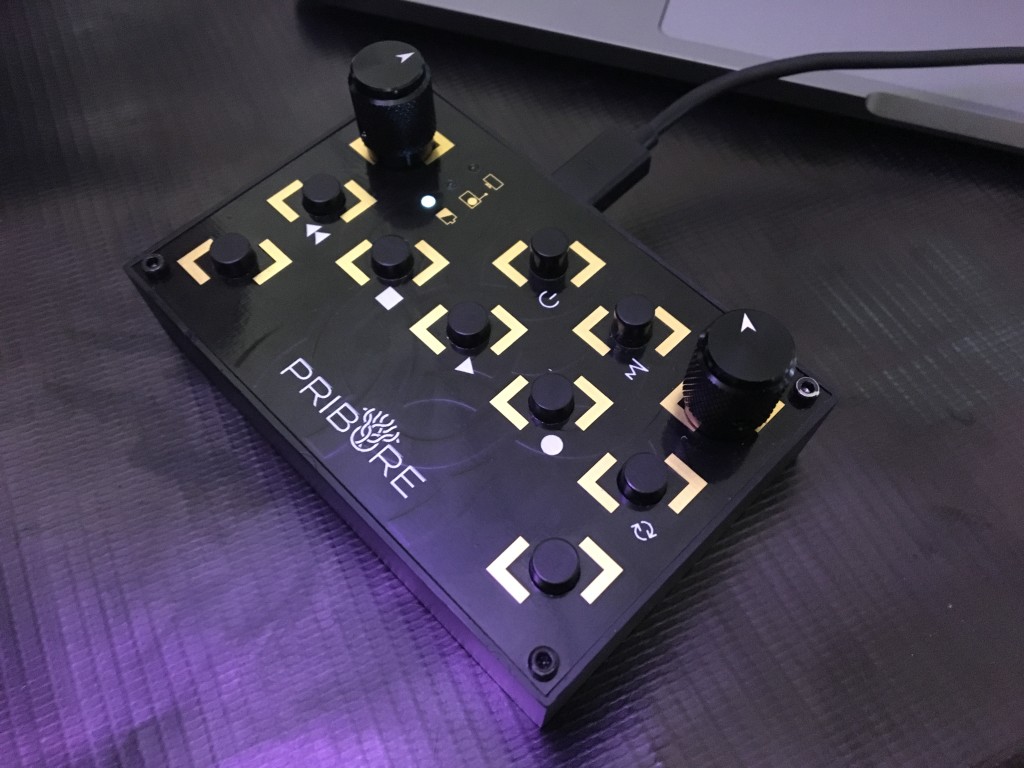 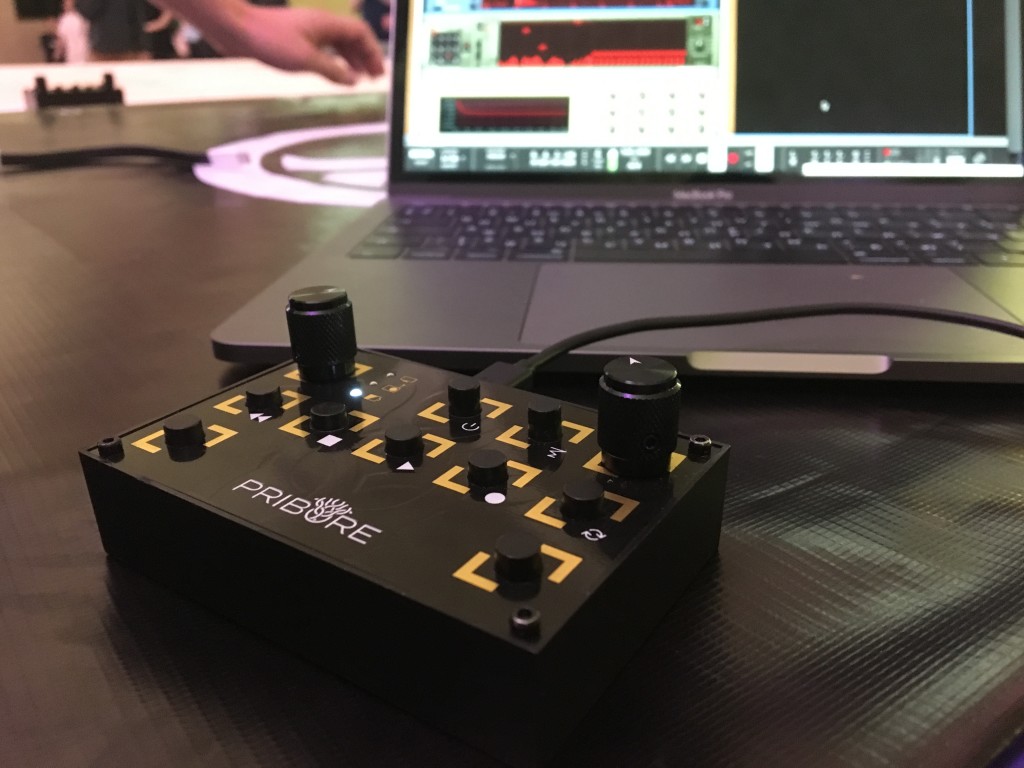 Talked to this crew, and I’m intrigued. Basically, it’s a not-yet-available Russian ultra-compact Bluetooth MIDI controller. Charge (or use) via micro USB, and then use it wirelessly if you choose. They showed it mapped to Reason. You get transport controls, plus assignable encoders and a couple of assignable triggers. It seems like the kind of thing I might keep in my laptop bag at all times.

Sorry, no other information – will get that when it’s ready. (Doesn’t quite fit with the other stuff here, but worth mentioning.)

eurorackHardwaremodular
Bastl – Casper Aikido module is a mixer and a quad VCA and a compressor envelope follower
synths
SynthieCat gives Ableton Live the deep matrix and effects of the 1971 EMS Synthi A
modularsynths
Inflation, begone: SunVox is still donationware, and 2.1 makes it slicker and more powerful
modular
Learn modular MetaSounds in Unreal, free, and start thinking in procedural sound