In Francesco Novara’s new EP Astron, space exploration is both inspiration and the literal source of all the sounds you hear.

There are few moments in our generation of spaceflight quite like the Rosetta mission – buzzing past Mars and asteroids to land on a comet. And sound played an unexpected role in the discoveries of the Rosetta Plasma Consortium (RPC) investigating the comet.

Indeed, you can think of the comet – that’s Comet 67P/Churyumov-Gerasimenko or “67P” for short – as a kind of oscillator. The magnetometer on board the Rosetta spacecraft detected a major variations in the magnetic field around the comet.

Translate those oscillations into sound, and 67P “sings”. This isn’t an artificial thing to do, either. Just as a lot of space imagery translated unseen spectra (infrared, for instance) into visible colors so we can see, reinterpreting magnetic oscillations as audible sound means we perceive this reality much in the way the magnetic detector does.

ESA’s Marco Trovatello explains to CDM: “It’s being sung at 40-50 millihertz, far below human hearing, which typically picks up sound between 20 Hz and 20 kHz. To make the music audible to the human ear, the
frequencies have been increased.”

You can read a detailed explanation of the physics involved:

WHAT MADE THE COMET SING? [European Space Agency]

Working with the European Space Agency, and CDM’s label Establishment, we released an EP of music derived from that experiment by Italian composer Francesco Novara. The music makes use of the Creative Commons-licensed data and sonification – and, in turn, is available to you to share, remix, and reuse under a Creative Commons license.

What’s stunning is that Francesco didn’t just pluck a couple of samples on top of some music and call it a day. Instead, pretty much everything you hear (minus one vocal) is created from that one singing comet sound. (There’s also some audio from the mission on one of the tracks.)

The result is a cool, collected downtempo album with one earworm single at the end. It’s to me the perfect musical embodiment of ESA and modern spaceflight – less Major Tom trip, more mission control.

It’s also some seriously awesome sound design work. Francesco, apart from having been the first composer to score an ESA launch, is a gifted sound designer and prolific TV and film composer. It’s part of what I wanted to do with Establishment – shine a light on musical craft and not just musical personalities.

So, I asked Francesco to walk us through just how he turned this one eerie sample into a full meal of music. We get a nice quick master class in Ableton Live:

Take a listen to the full musical release on Bandcamp: 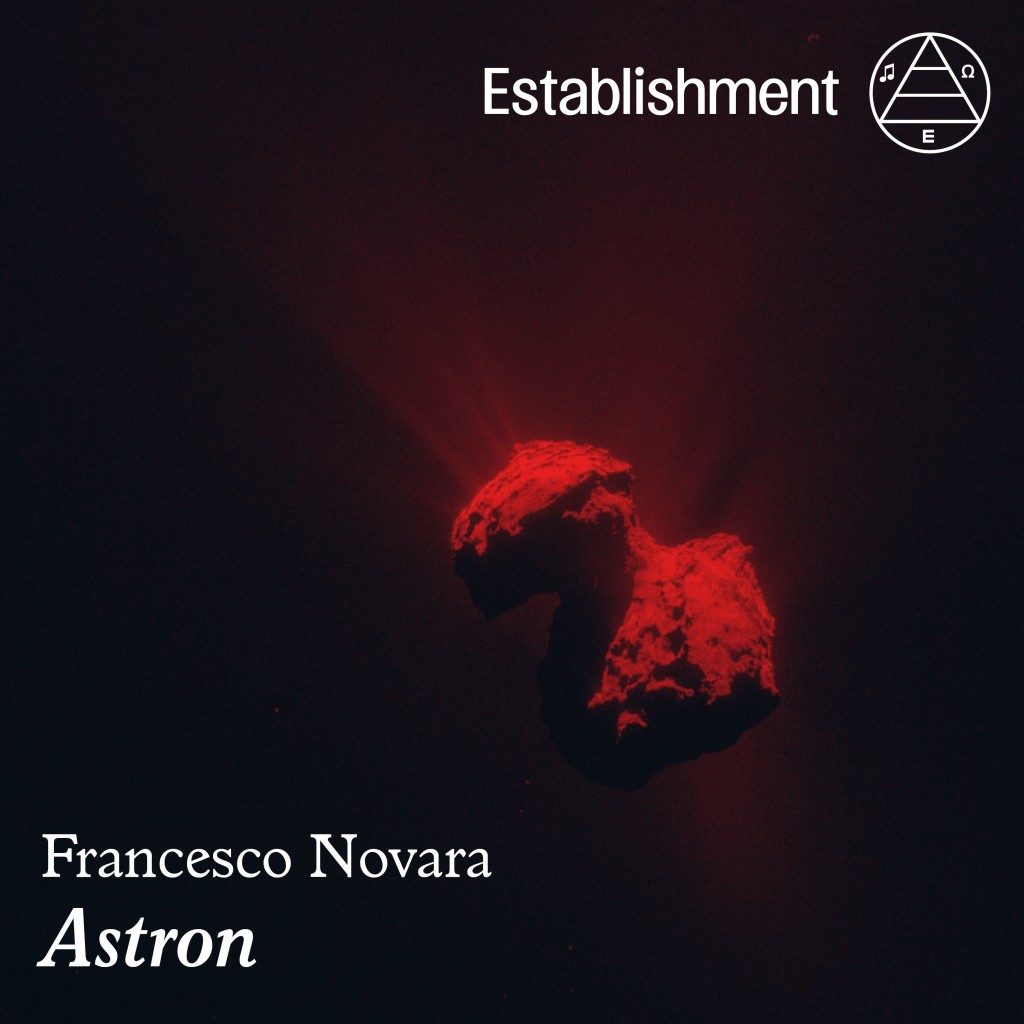 It’s been great to have an ongoing collaboration with European Space Agency, as well as a friendship with ESA’s resident music lover and Creative Commons advocate, Marco. Open licenses for materials from space bring together the handful of explorers, engineers, and scientists with the public and with artists.

“Collaboration with artists as well as free and open access to scientific information and data are important building blocks of ESA’s Space 4.0 strategy to innovate, inform, inspire and interact,” Marco says about the project. The license here opens up other possibilities – “Attribution-NonCommercial-ShareAlike”.

We really do appreciate your support for this album and independent music. Because the music is all under a Non-Commercial license, any proceeds from sales we’re using to cover our costs on design and mastering, and then using the rest to fund more Creative Commons-powered space music projects. Of course, that means we’d also love to hear any remixes of this music, if you’re so inclined. (There’s a lot of talent in our community, I know.)

KOMA are about to get deep into Eurorack – starting with power

artistslistening
When Tehran lights up Köln, pull up your experimental electronic caravan and celebrate
composition
Go listen to this podcast about HBO’s epic sounds – and stick around for some retro visuals, too
artistsbandcampcomposition
Celebrate Eliane Radigue at 90 with a free documentary and fresh, radical re-releases
artistsbandcamplisteningSampling
Dozens of free sounds, plus deep compilation, by Kyoka, AGF, Matthew Herbert, more