100 cars, 100 sound systems, 100 different versions of the pitch A: Ryoji Ikeda has one heck of a polyphonic automobile synthesizer coming.

The project is also the first new hardware from Tatsuya Takahashi after the engineer/designer stepped down from his role heading up the analog gear division at KORG. And so from the man who saw the release of products like the KORG volca series and Minilogue during his tenure, we get something really rather different: a bunch of oscillators connected to cars to produce sound art.

Tats teams up for this project with Maximilian Rest, the man behind boutique maker E-RM, who has proven his obsessive-compulsive engineering chops on their Multiclock.

And wow, that industrial design. From big factories to small run (100 units), Tats has come a long way – and this is the most beautiful design I’ve seen yet from Max and E-RM. It’s a drool-worthy design fetish object recalling Dieter Rams and Braun. 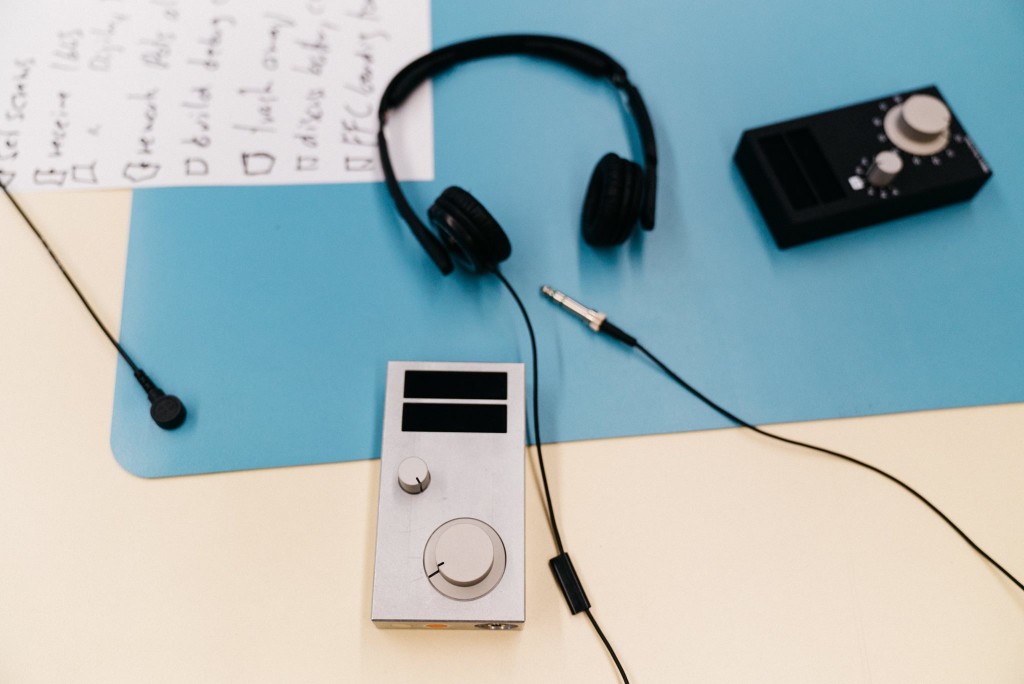 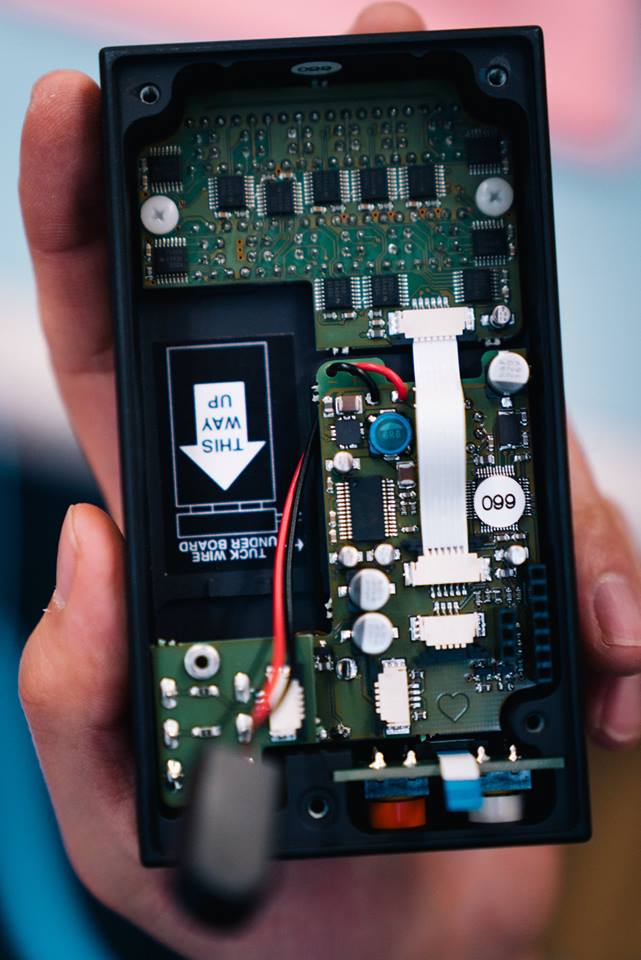 I spoke briefly to Tatsuya to get some background on the project, though the details will be revealed in the performance in Los Angeles and by Red Bull Music Academy.

The original hardware is simple. In almost a throwback to the earliest days of electronic music, the boxes themselves are just tone generators. Those controls you see on the panel determine octave and volume. Before the performance, details on the execution are a bit guarded, but this sounds like just the sort of simple box that would perfectly match Max’s insanely perfectionist approach.

What makes this tone generator special is, there are a hundred of them, each hooked up to one of one hundred cars.

One hundred cars tuned to the same frequency would sound like … well, phase cancellation. So each oscillator is tuned to a different frequency, in a kind of museum of what the note “A” has been over the years. The reality is, we’re probably hearing a whole lot of classical music in the “wrong” key, because the tuning of A was only in standardized in the past century. (Even today, A=440Hz and A=442Hz compete in symphonies, with A=440Hz is the most common in general use, and near-universal in electronic music.)

That huge range is part of why any discussions of the “mathematically pure” or “healing” 432 Hz is, well, nonsense. (I can deal with that some time if you really want, but let’s for now file it under “weird things you can read on the Internet,” alongside the flat Earth.)

Once you get away from the modern blandness of everything being 440 Hz, or the pseudo-science weirdness of the 432 Hz cult, you can discover all sorts of interesting variety. For instance, one of the oscillators in the performance is tuned to this:

A = 376.3Hz
*1700 : Pitch taken by Delezenne from an old dilapidated organ of l’Hospice Comtesse, Lille, France

Hey, who’s to say that particular organ isn’t the one “tuned to the natural frequency of the universe”?

You’ll get all those frequencies in some huge, wondrous cacophony if you’re lucky enough to be in LA for the performance.

It’s presented as part of the Red Bull Music Academy Music Festival, October 15. (I have no idea how you’d evaluate the claim that this is the largest-ever symphony orchestra, though with one hundred cars, it’s probably the heaviest! If anyone has historical ideas on that, I’m all ears.)

And of course, it’s in the perfect place for a piece about cars: Los Angeles. Wish I were there; let us know how it is! 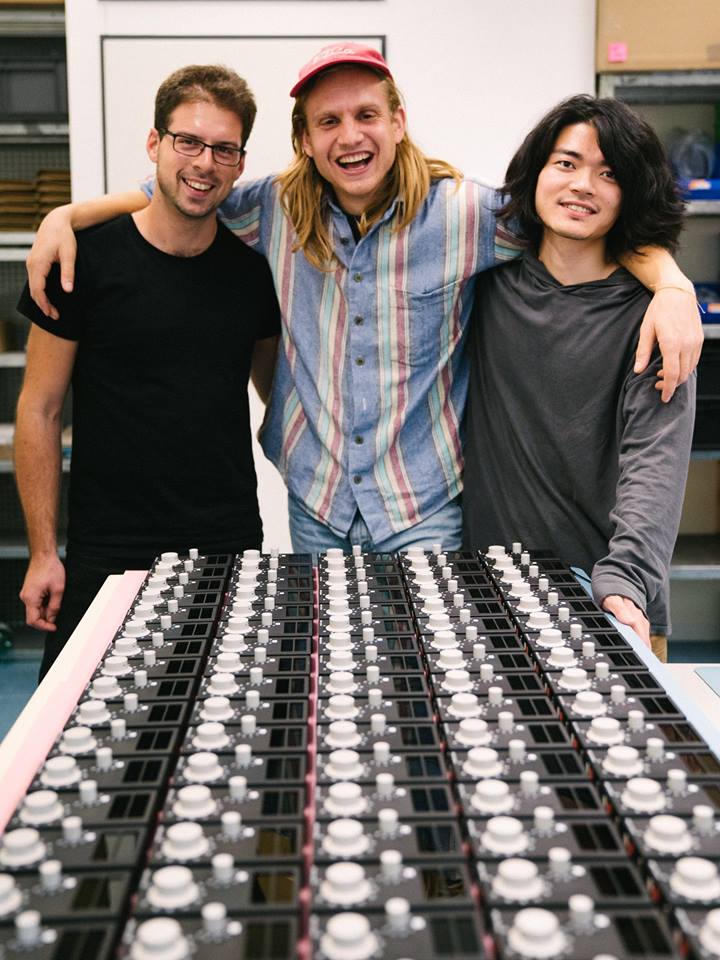 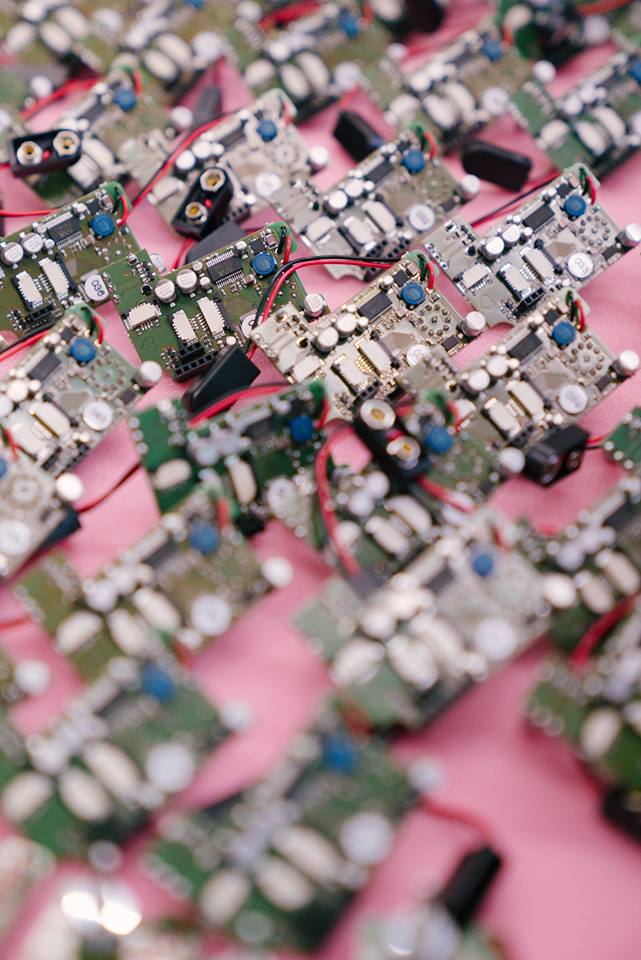 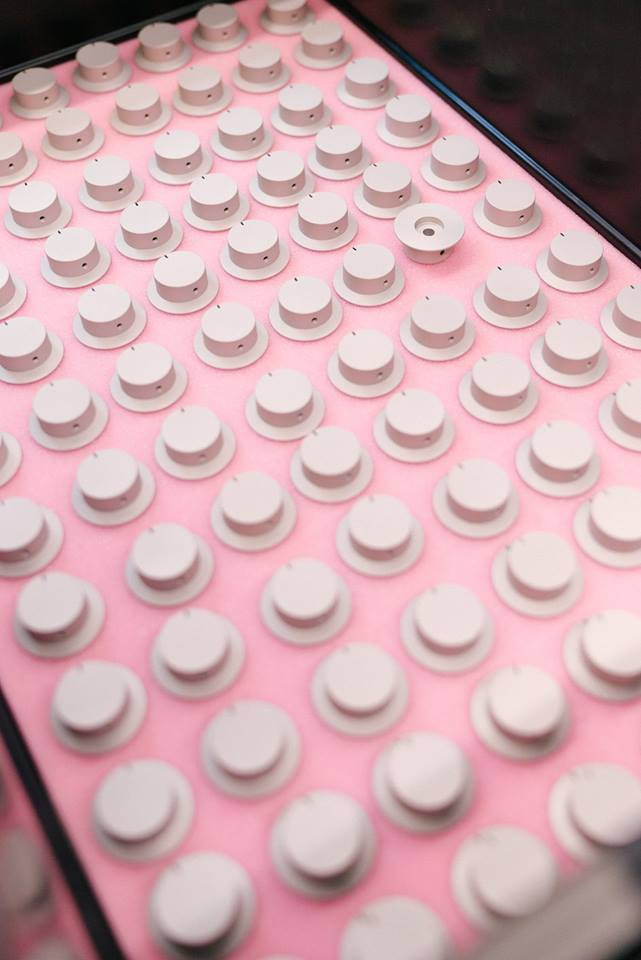 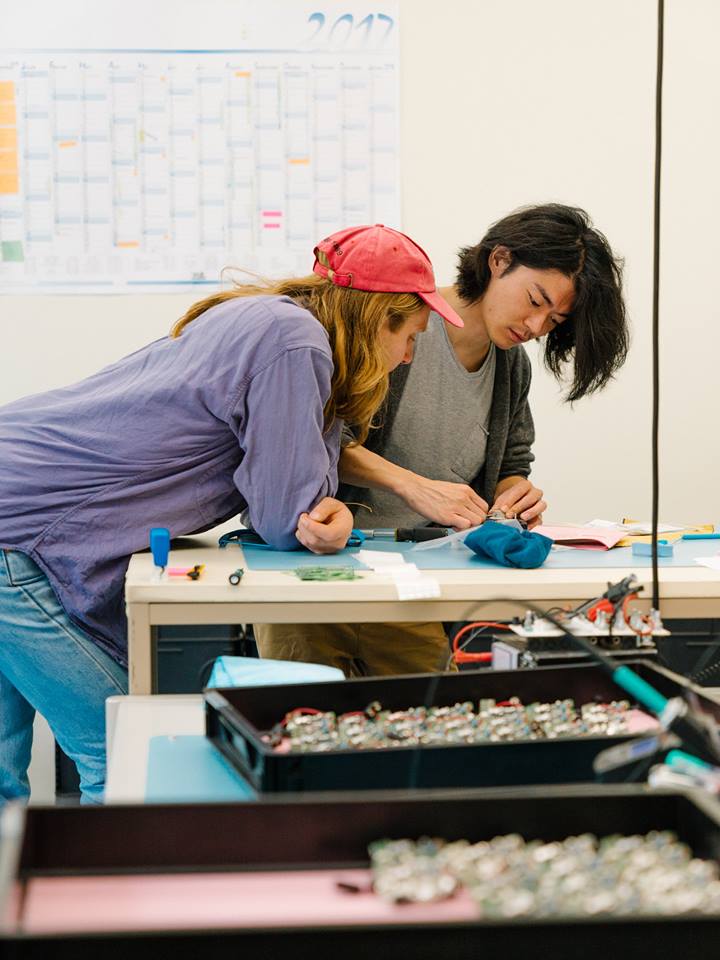 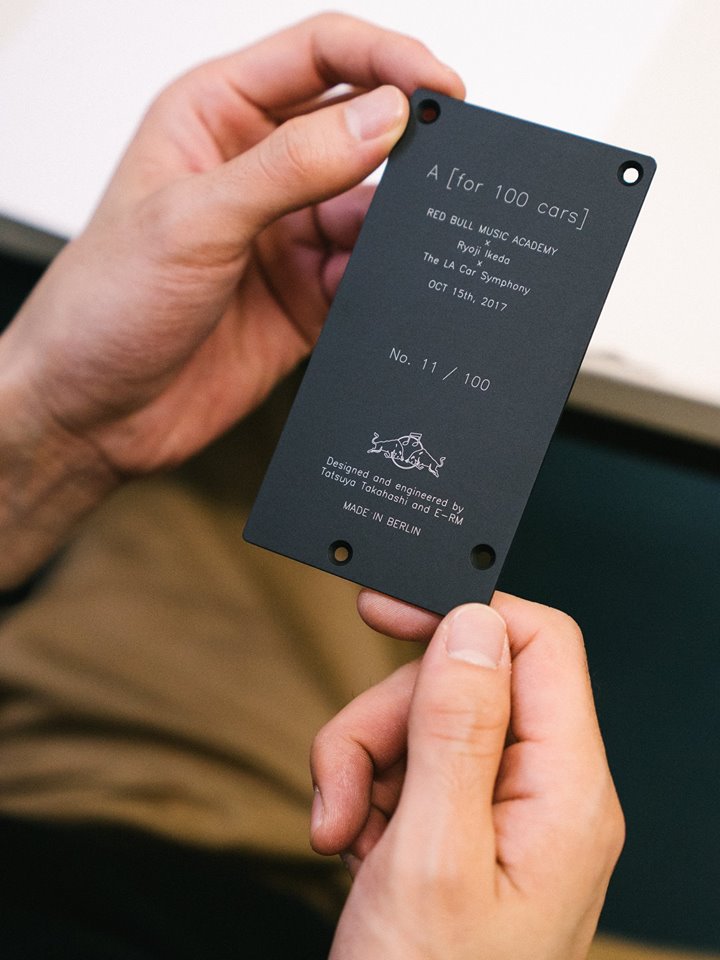 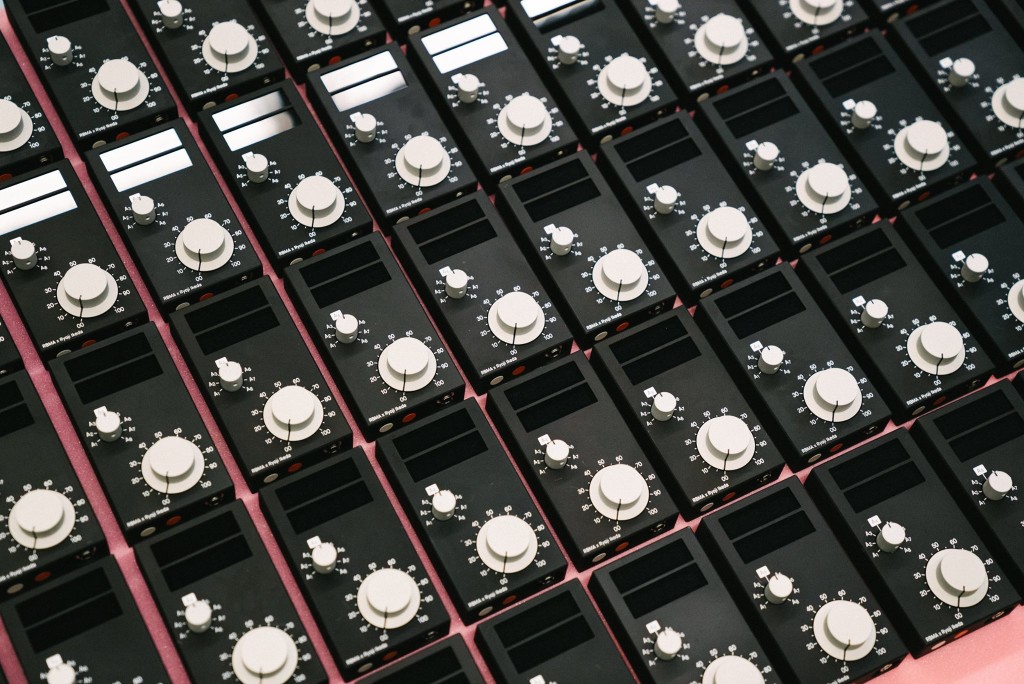 Reason 10 is a return to form: all about the instruments

Interview: A coworking space for musicians, and artists as startups