From the creators of the monome grid, there’s a teaser out now for a new standalone box that could replace the computer for various creative tasks – and that builds on the legendary mlr patch.

The story so far

The monome 40h was arguably the most important first invention in electronic music in the century’s first decade. Its minimalist aesthetics broke from industry norms at the time (and earned accolades in modern art museums, even). It set the tone for music products built on open, community-driven ecosystems. It defined the grid as paradigm for computer music interaction, and in particular a bi-directional relationship that gave feedback with lights. And it set up the value of a controller combined with software to create new interactions with digital sound. Every single one of these things has been endlessly duplicated by makers big and small – it’s actually pretty astonishing just how much Brian Crabtree and partner Kelli Cain were ahead of the curve.

But the thing that really made the original monome 40h work wasn’t that it was an undifferentiated grid. That made a strong visual statement, but Yamaha’s Tenori-On did that, too, and had nowhere near the impact. The monome community took off as music makers, spawning albums, meetups and festivals, and eventually seeing controllers from Novation, Akai, Ableton, and others follow suit, partly because of the software that went with the grid. mlr, build by monome’s Brian Crabtree in Max/MSP, gave the grid musical utility by carving up samples into grids and allowing them to be triggered rhythmically.

tehn with monome prototype from tehn on Vimeo.

At the same time, this meant monome users were tethered to computers. And that destroys the image of the monome as a singular instrument. Brian has had some ideas over the years that could help users get away from that, including the teletype algorithmic module. But the new thing he’s teasing most resembles the previous aleph – a standalone computer stand-in powered by a DSP platform.

If the beginning of the century was about figuring out how to create a computer and controller combination that worked (see Ableton Live, Maschine, et al), maybe now we’ll finally tackle new standalone instruments built on the open-ended possibilities of software.

norns: approaching from tehn on Vimeo.

norns is the new monome box. And like teletype and aleph, it seems to be built around making a dedicated computational device that’s focused on typing as an interface.

Brian has composed some lofty text around what this thing is about, but I’ll … reduce a little.

It looks beautiful – a luxurious block with minimal encoders and display. And the opening teaser “poem” suggests that it can do a variety of tasks related to sound, interfacing, and control (MIDI and CV): 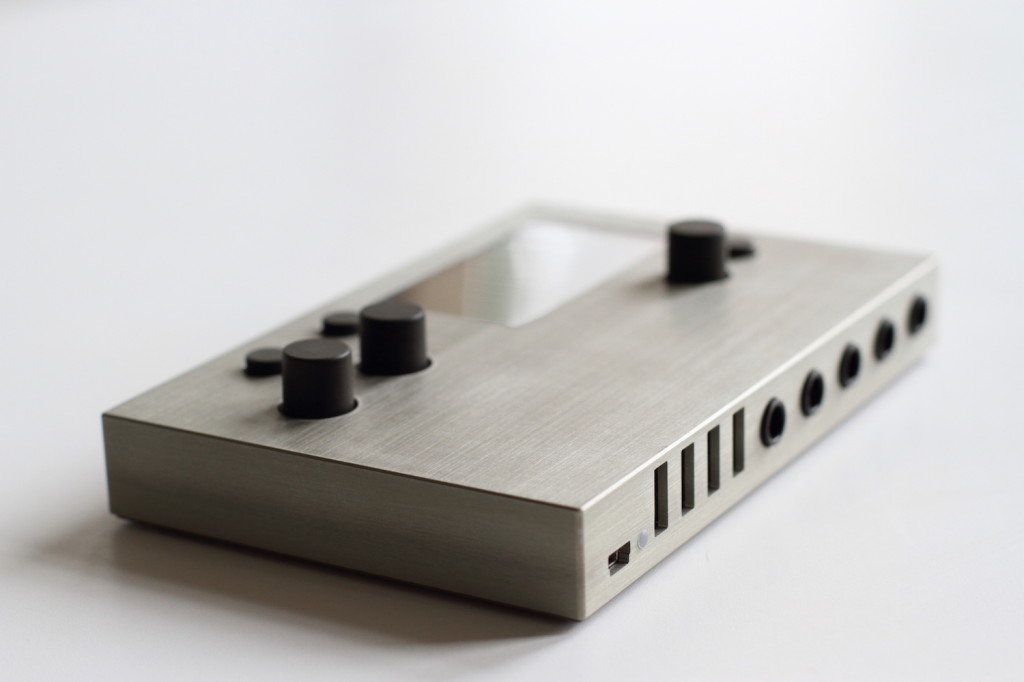 It’s also nice to see a musical intro, which is how Brian brought out the original grid.

Okay, so it loves birds. But what is it?

It’s a scriptable, connected box with a DSP engine for sound and loads of inputs and outputs for interfacing. Specs:

We’ve also got a pic of the PCB: 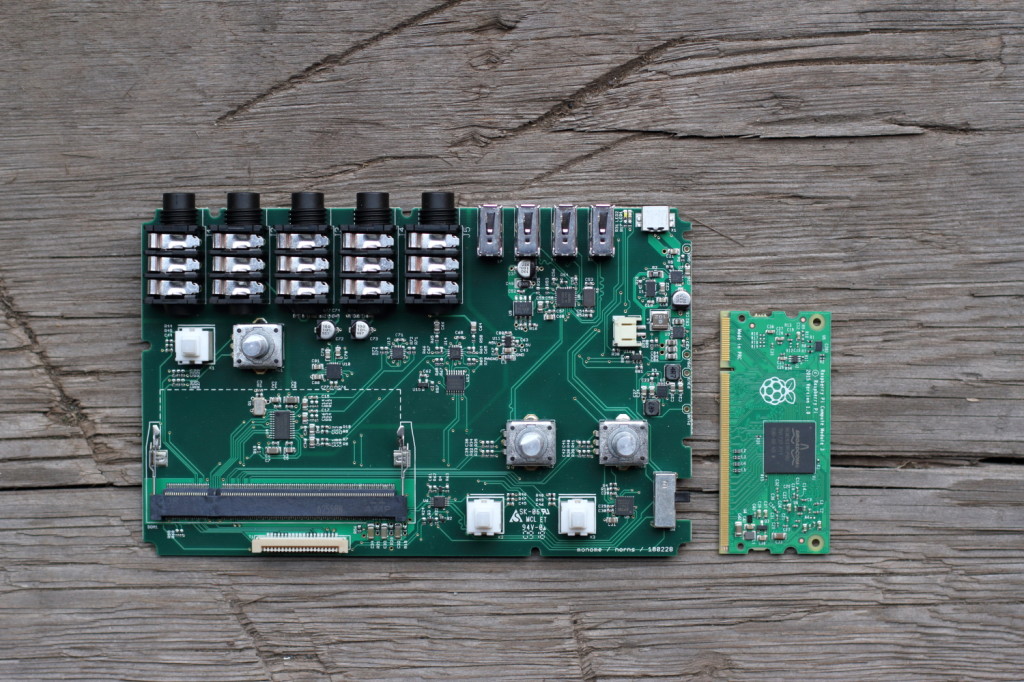 Now, this is way more like what I’d want than the original, Bluefin DSP-powered aleph. USB allows connections to MIDI, OpenSoundControl(OSC), HID (so various stock USB hardware like mice and joysticks), footswitches, and even CV (over USB, that is). Those technical details got updated today:

It’s the way it’s scripted that gets interesting. Not only is it scriptable with Lua, but the plan appears to be to make an online IDE and community database of scripts, so you can load up a granulator or a delay somebody as built and play with it right away. tehn also promises some interesting features like keypress performance – it’ll be interesting to see how that online scripting works in this golden age of musical livecoding.

Brian also gets into some details of his next take on mlr – an “evolution,’ he calls it – which may be what sells this thing: 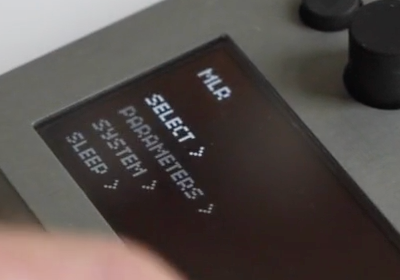 virtual tape loops are mapped to grid rows where playback position is displayed and key presses cut to the location.

playback speed (with reverse) is mapped to the grid in addition to record punch in and overdub.

keypresses can be recorded and played back in patterns to automate gestures.

within the cutting interface smaller sub-loops can be selected and looped.

norns: cuts from tehn on Vimeo.

the script chooses which sound engine to use. and decides what to do with key and knob input and midi notes and grids. and then considers what to draw on the screen or start a sequencer. and tell the sound engine what to do. (1) or how to sound.

the sound engine tells the script what parameters it has and what kind of analysis data it produces.

it’s a bit like a plugin in a DAW. except here the DAW is the language lua, and the plugin is the entire supercollider environment. (2)

Only 100 aleph units were ever made. It’ll be interesting to see if this makes it further. While it’s easy to knock commodity computers as ugly and inelegant, they’re also what allows access to this kind of music making for most people. Look no further to the livecoding movement, which does this on hardware that can run as cheap as a Raspberry Pi – and which is accordingly spreading all over the world, including in markets where importing gear is expensive.

Then again, that being the case, it remains nice to see something luxurious and beautiful and artful, even if a symbol of what the rest of that can be. We’ve had expansive conversations with Brian since the beginning of his project, so let us know questions for him and we’ll check in.

In the meantime, the monome community are more than a little excited over on the forum.

Oh, and they did find the reference in the name:

“The Norns (Old Norse: norn, plural: nornir) in Norse mythology are female beings who rule the destiny of gods and men. They roughly correspond to other controllers of humans’ destiny, such as the Fates, elsewhere in European mythology.”

Well, then, let the Norns decide how this one plays out. But we’ll be watching.

norns is powered by free software. If you’re thinking you might like to get a norns for yourself – or if you just want to play with sound tools now on your existing computer, for free – I’ve started putting together some resources on SuperCollider and Lua that will help sound DIYers:

(not my greatest headline ever, but you get the point!)