Apple’s decision to shift to its own proprietary tech for accessing modern GPUs could hurt research, education, and pro applications on their platform.

OpenGL and OpenCL are the industry-standard specifications for writing code that runs on graphics architectures, for graphics and general-purpose computation, including everything from video and 3D to machine learning.

This is relevant to an ongoing interest on this site – those technologies also enable live visuals (including for music), creative coding, immersive audiovisual performance, and “AI”-powered machine learning experiments in music and art.

And Apple has just quietly blown off all those groups. From the announcement to developers regarding macOS 10.14:

Deprecation of OpenGL and OpenCL

Metal is fine technology, but it’s specific to iOS and Mac OS. It’s not open, and it won’t run on other platforms.

Describing OpenGL and OpenCL as “legacy” is indeed fine. But as usual, the issue with Apple is an absence of information, and that’s what’s problematic. Questions:

Does this mean OpenGL apps will stop working? This is actually the big question. “Deprecation” in the case of QuickTime did eventually mean Apple pulled support. But we don’t know if it means that here.

(One interesting angle for this is, it could be a sign of more Apple-made graphics hardware. On the other hand, OpenGL implementations were clearly a time suck – and Apple often lagged major OpenGL releases.)

What about support for Vulkan? Apple are a partner in the Khronos Group, which develops this industry-wide standard. It isn’t in fact “legacy,” and it’s designed to solve the same problems as Metal does. Is Metal being chosen over Vulkan?

Cook’s 2018 Apple seems to be far more interested in showcasing proprietary developer APIs. Compare the early Jobs era, which emphasized cross-platform standards (OpenGL included). Apple has an opportunity to put some weight behind Vulkan – if not at WWDC, fair enough, but at some other venue?

What happens on the Web? Cross-platform here is even more essential, since your 3D or machine learning code for a browser needs to work in multiple scenarios.

Transparency and information might well solve this, but for now we’re a bit short on both. 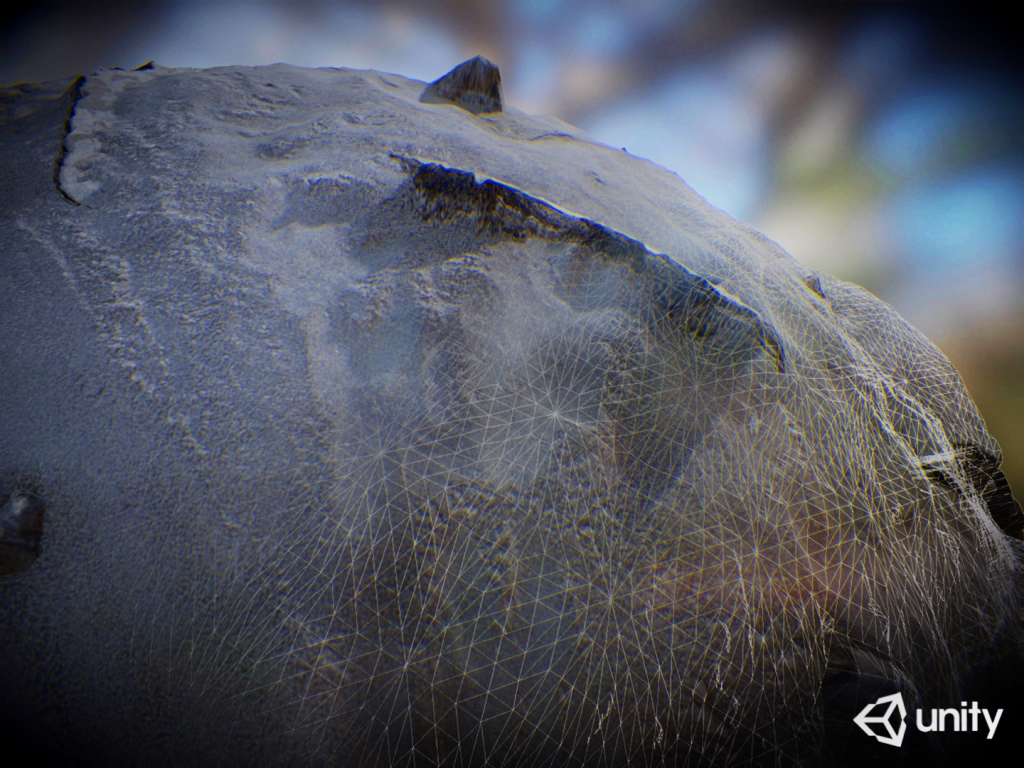 Metal support in Unity. Frameworks like Unity may be able to smooth out platform differences for developers (including artists).

A case for Apple pushing Metal

First off, there is some sense to Apple’s move here. Metal – like DirectX on Windows or Mantle from AMD – is a lower-level language for addressing the graphics hardware. That means less overhead, higher performance, and extra features. It suggests Apple is pushing their mobile platforms in particular as an option for higher-end games. We’ve seen gaming companies Razer and Asus create Android phones that have high-end specs on paper, but without a low-level API for graphics hardware or a significant installed base, those are more proof of concept than they are useful as game platform.

And Apple does love to deprecate APIs to force developers onto the newest stuff. That’s why so often your older OS versions are so quickly unsupported, even when developers don’t want to abandon you.

On mobile, Apple never implemented OpenCL in the first place. And there’s arguably a more significant gap between OpenGL ES and something like Metal for performance.

Another business case: Apple may be trying to drive a wedge in development between iOS and Android, to ensure more iOS-only games and the like. Since they can’t make platform exclusives the way something like a PlayStation or Nintendo Switch or Xbox can, this is one way to do it.

And it seems Apple is moving away from third-party hardware vendors, meaning they control both the spec here and the chips inside their devices.

But that doesn’t automatically make any of this more useful to end users and developers, who reap benefits from cross-platform support. It significantly increases the workload on Apple to develop APIs and graphics hardware – and to encourage enough development to keep up with competing ecosystems. So there’s a reason for standards to exist. 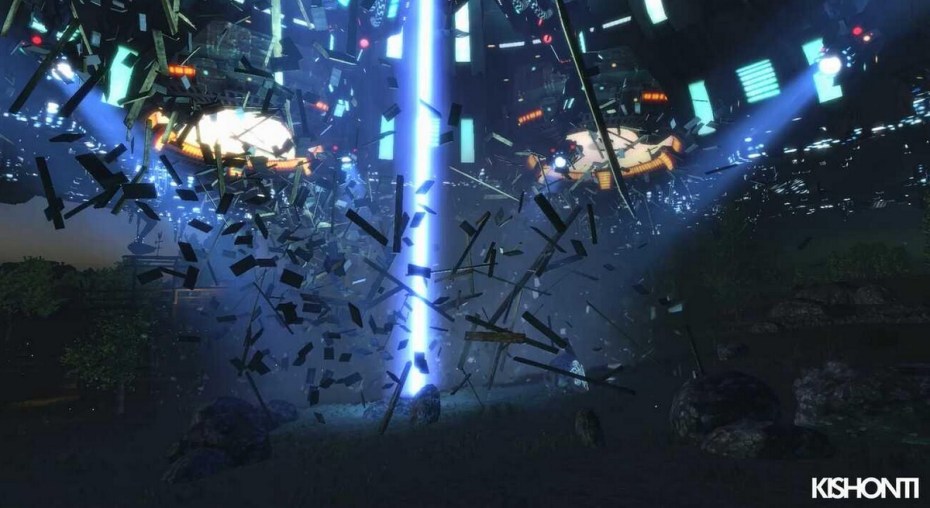 Vulkan offers some of the low-level advantages of Metal (or DirectX) … but it works cross-platform, even including Web contexts.

Pulling out of an industry standard group

The significant factor here about OpenGL generally is, it’s not software. It’s a specification for an API. And for the moment, it remains the industry standard specification for interfacing with the GPU. Unlike their move to embrace new variations of USB and Thunderbolt over the years, or indeed the company’s own efforts in the past to advance OpenGL, Apple isn’t proposing an alternative standard. They’re just pulling out of a standard the entire industry supports, without any replacement.

And this impacts a range of cross-platform software, open source software, and the ability to share code and research across operating systems, including but not limited to:

Cross platform portability for those use cases meets a significant set of needs. Educators wanting to teach how to write shaders now face having students with Apple hardware having to use a different language, for example. Gamers wanting access to the largest possible library – as on services like Steam – will now likely see more platform-exclusive titles instead on the Apple hardware. And pros wanting access to specific open source, high-end video tools… well, here’s yet another reason to switch to Windows or Linux.

This doesn’t so much impact developers who rely on existing libraries that target Metal specifically. So, for instance, developing in the Unity Game Engine means your creation can use Metal on Apple platforms and OpenGL elsewhere. But because of the size of the ecosystem here, that won’t be the case for a lot of other use cases.

And yeah, I’m serious about Linux as a player here. As Microsoft and Apple continue to emphasize consumers over pros, cramming huge updates over networks and trying to foist them on users, desktop Linux has quietly gotten a lot more stable. For pro video production, post production, 3D, rendering, machine learning, research, and – even a growing niche of people working in audio and music – Linux can simply out-perform its proprietary relatives and save money and time.

So what happened to Vulkan?

Apple could have joined with the rest of the industry in supporting a new low-level API for computation and graphics. That standard is now doubly important as machine learning technology drives new ideas across art, technology, and society.

And apart from the value of it being a standard, Apple would break with important hardware partners here at their own peril. Yes, Apple makes a lot of their own hardware under the hood – but not all of it. Will they also make a move to proprietary graphics chips on the Mac, and will those keep up with PC offerings? (There is currently a Vulkan SDK for Mac. It’s unclear exactly how it will evolve in the wake of this decision.)

ExtremeTech have a scathing review of the sitution. it’s a must-read, as it clearly breaks down the different pipelines and specs and how they work. But it also points out, Apple have tended to lag not just in hardware adoption but in their in-house support efforts. That suggests you get an advantage from being on Windows or Linux, generally:

Apple brings its Metal API to OS X 10.11, kicks Vulkan to the curb

Updated: Yes, of course you can run Molten, the latest OpenGL tech, atop Metal. In fact, here’s a demo from 2016. (Thanks, George Toledo!)

That’s little comfort for larger range backwards compatibility with “legacy” OpenGL, but it does bode reasonably well for the future. And, you know … fish tornadoes.

Side note: that’s not just any fish tornado. The credit is to Robert Hodgin, the creative coding artists aka flight404 responsible for many, many generative demos over the years – including a classic iTunes visualizer.)

Let’s be clear – even with OpenGL and OpenCL, there’s loads of fragmentation in the fields I mention, from hardware to firmware to drivers to SDKs. Making stuff work everywhere is messy.

But users, researchers, and developers do reap real benefits from cross-platform standards and development. And Metal alone clearly doesn’t provide that.

Here’s my hope: I hope that while deprecating OpenGL/CL, Apple does invest in Vulkan and its existing membership in Khronos Group (the industry consortium that supports that API as well as OpenGL). Apple following up this announcement with some news on Vulkan and cross-platform support – and how the transition to that and Metal would work – could turn the mood around entirely.

Apple’s reputation may be proprietary, but this is also the company that pushed USB and Thunderbolt, POSIX and WebKit, that used a browser to sell its first phone, and that was a leading advocate (ironically) for OpenGL and OpenCL.

As game directors and artists and scientists and thinkers all explore the possibilities of new graphics hardware, from virtual reality to artificial intelligence, we have some real potential ahead. The platforms that will win I think will be the ones that maximize capabilities and minimize duplication of effort.

And today, at least, Apple are leaving a lot of those users in the dark about just how that future will work.

I’d love your feedback. I’m ranting here partly because I know a lot of the most interesting folks working on this are readers, so do please get in touch. You know more than I do, and I appreciate your insights.

… and what this headline is referencing

The best news for iOS, macOS musicians and artists from WWDC