The mixing powers in MOTU audio interfaces are now on iOS, Android

High-end audio interfaces often have the equivalent of virtual mixing desks packed inside. But most of us fail to take advantage of that, because it means switching to a software window. MOTU just put its console on iOS and Android – and that makes life way easier.

MOTU’s interfaces are popular for their I/O configurations and reliability in common use cases. And they’ve always been one of the leaders when it comes to packing mixing functionality inside.

But… having to access mixing features from desktop software is frankly a pain. You know the drill: you’re in your DAW. Now you switch over to some mixing app. Then you fumble around with your mouse trying to find what you need. You can’t adjust more than one fader at a time, because you can only mouse around to one at a time. Then you need to switch back to your DAW.

In fact, half the time, it seems this ritual takes place because you’ve accidentally set some setting wrong in said mixing app and need to go back and fix it.

So that’s why MOTU’s Touch Console is a very big deal. It isn’t the first remote-control touch app for music gear. But it fits a very popular set of audio interfaces in a very crucial set of use cases. 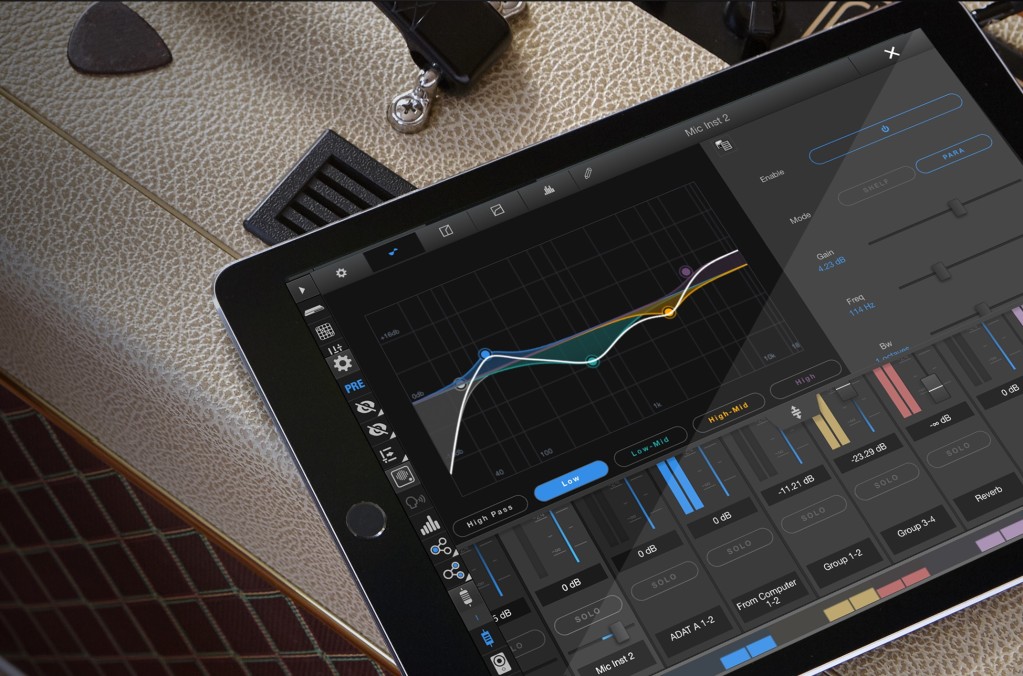 Touch Console runs on iOS and Android smartphones and tablets, so you’ve likely already got gear it can use. And it gives you access to the full 14-channel mixer in your interface. That means you effectively have a full mixing desk on the go wherever you can bring your MOTU box.

And apart from basic mixing, you get:
12 buses, with 7 stereo aux buses
Effects (4-band parameteric EQ, dynamics processing, reverb
A model of the vintage LA-2A – the legendary tube compressor or “Leveling Amplifier” as Teletronix called it

And here’s a look at how the effects work. You might want to mute the cheesy hold music, but … the interface looks fluid and slick:

By the way, if you’re on RME, they have a wireless app for their TotalMix app, plus an app with FX support. RME’s offering is crude by comparison, though; MOTU deserves credit for building something from the ground up that feels touch native. (Also, RME is iOS-only – it’s nice to see MOTU support Android.)

Nikol returns to teach beginners modular – next, panning and ducking