The modern CDJ – and resurgent vinyl – have won over the DJ market in many genres and corners of the world. But that leaves a problem: it’s expensive to duplicate this setup and home. Pioneer’s latest all-in-one promises to be more reliable, and closer to the club experience.

It’s bad news for the likes of Serato and Native Instruments, as well as for would-be rival players like Denon, but Pioneer have done a pretty impressive job of entrenching themselves in the club. And once you get to the venue, you see the reason: it’s way easier to show up with a couple of USB sticks than an entire computer and controller rig, and far easier to start playing when those decks are already plugged in. No solution, including the CDJ, is 100% reliable – I know some DJs carrying CDJ firmware on USB as well as previously-tested Rekordbox backups for good measure, which is smart advice. But CDJs have far fewer reliability problems than computer/OS combinations, clearly.

It’s really outside well-equipped clubs where there’s a gap to fill. And Pioneer have been aggressively positioning themselves for everyone in those scenarios, too. That includes their growing range of Rekordbox controllers, which have the advantage of doubling as prep tools – star tracks, make playlists, and you’ll have all that history on your USB sticks when you go to the club. And these controllers are also (finally) following the layout of the CDJ more closely.

But maybe you don’t want to play a controller at home or in the studio. Practicing delicate beat matching or more advanced looping techniques might leave you wanting a couple of CDJs. And even in the used market, these things are damned expensive. The same price point that makes sense for a club with a liquor license is enough to break the hearts of cash-strapped DJs. I’ve seen DJs advise using older CDJs but… these to me are just a waste of money, as they’re generally no fun to use; Pioneer’s later decks are the ones with wheels and functionality that you want (especially if manual beat matching and extra performance technique is the whole point of the investment).

The budget solution is obviously an all-in-one standalone deck. We’ve just been waiting for Pioneer to get it right – and the XDJ-RR might be it.

Just as the company did with its decks, Pioneer keeps iterating in the all-in-one category. So they’ve had portable units like the Aero that were a bit too far from the real decks. Or, they’ve had hardware like the XDJ-RX2 which came closer to a two-CDJ-and-mixer configuration, but were priced out of budget for a lot of people. (The RX2 hit US$1699 street. The only person I know who owns one is a Pioneer-sponsored DJ.)

The XDJ-RR does two things. First, its price starts to compete with higher-end computer controllers – US$1099. (1149 EUR)

Second, it’s got all the bells and whistles you might want for practicing and making mixes and podcasts, and with a layout and features that closely mimic the NXS2 decks. And it’s from Pioneer, so of course it’s part of the whole Rekordbox ecosystem. 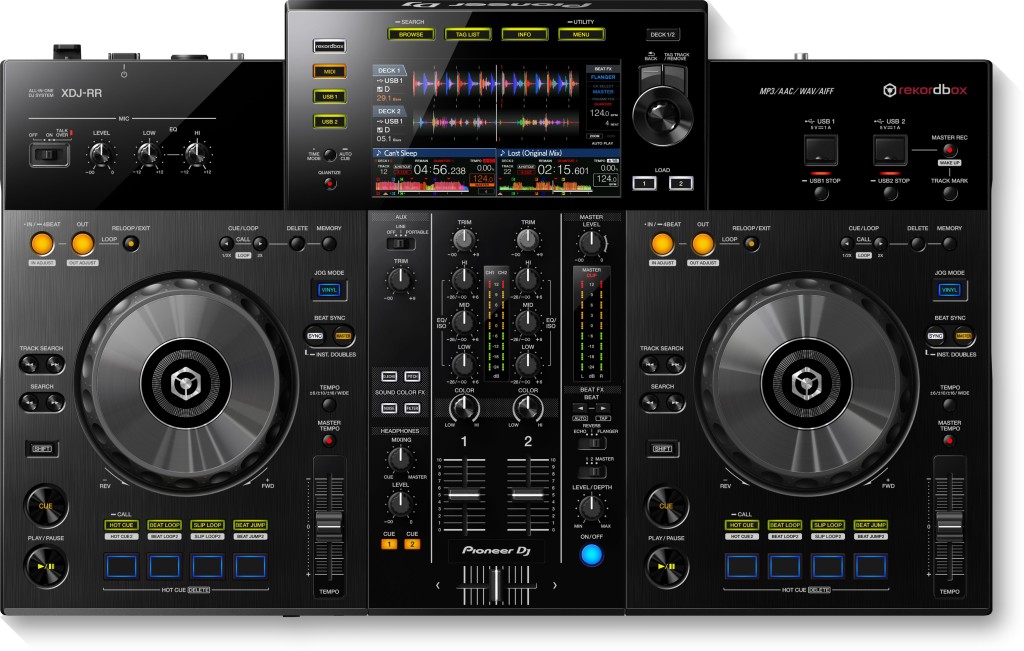 It’s not quite mobile, but it is reasonably luggable – just over 11 lbs / 5.2 kg, and even with a case available. That could be a solution for DIY events, especially given CDJ rental costs.

So that sounds like a solution to me. You can invest in this, carryit to venues that don’t have new CDJs, and practice and make mixes while still playing CDJs when you DJ out. (That’s actually even more important to those of us who play live sets, because there’s just no way we’re carrying a performance and a DJ rig around.)

Checking the specs, you also get a nice little set of bells and whistles:

Full-featured decks: 7″ screens, all that USB stick support, standalone operation, nice big wheels – curious to see if these feel the same as an NX2 – if so, I’m completely sold.

Two headphone outs (plus the usual XLR and RCA masters) 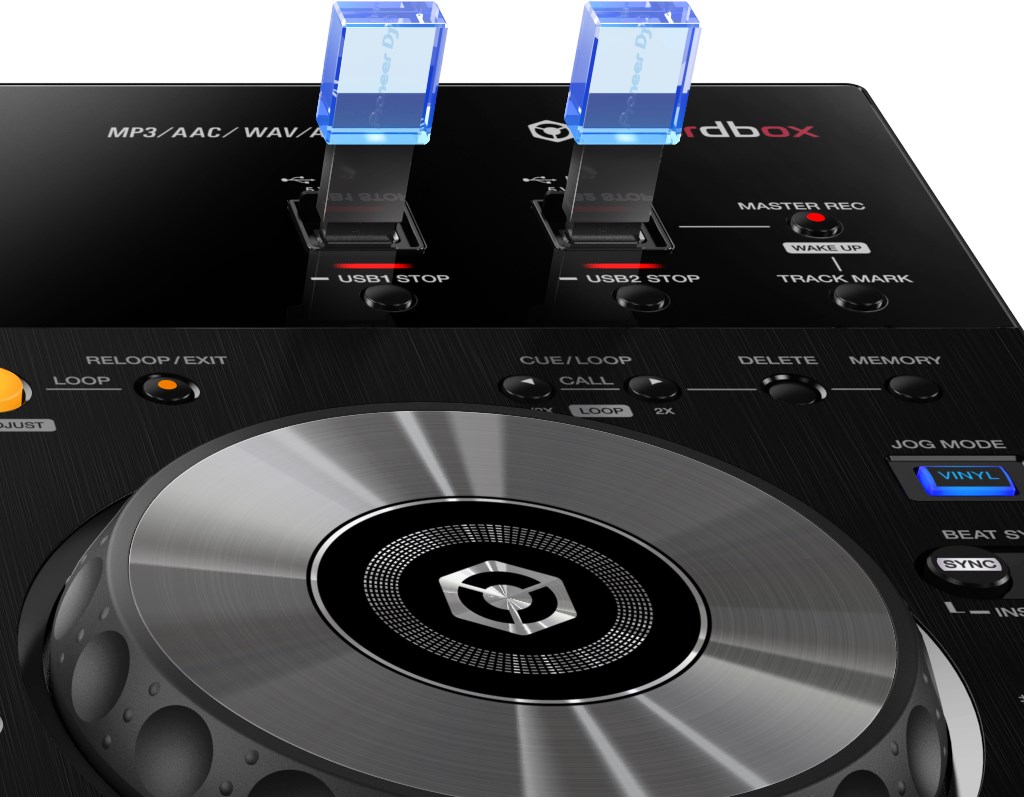 There are still lots of reasons you might opt for an actual mixer, though. Unlike even some of the computer solutions from Native Instruments and others, this isn’t really a mixer – there’s just 1 aux RCA input. So you can’t add turntables, which is a pretty major downside for a lot of people (and maybe a reason to just opt for a DJ mixer, computer, and controller at home). I’ll be looking at some of those computer configurations for comparison soon, including Pioneer’s.

You also have the issue of repairs: if anything breaks here, you have to repair the whole all-in-one.

It still feels like someone ought to rethink standalone digital DJ hardware and present some other option. But on the other hand, right now, the XDJ-RR is unquestionably the most cost effective, complete standalone solution for making a two-CDJ deck setup without the actual CDJs.

Pioneer doesn’t always move quickly, but they do move effectively. You’ve got an all-in-one solution that refines functionality, is 40% lighter an even cheaper than the previous model RX2, and starts to focus more clearly on what the market wants.

And yeah, my inclination with my own cash would be to opt for this over one of the DJ controller/mixer options around the same $1k price.

I just wish they’d given us two inputs. That’s a bit… painful. I’ll try to get an RR in for review, as I think this is becoming an increasingly invaluable tool for anyone making clubs or dance music part of their musical life.

As noted in comments, one other detail for those interested: FLAC support is absent on this though it is supported on other Pioneer devices, at least according to the spec. That’s an odd omission, especially as far as keeping Rekordbox-enabled devices in sync. Firmware update in the future, maybe? (AIFF and WAV remain lossless options, and AAC and WAV for lossy formats.)