“Shoulder synthesizer”? “Strap-on keyboard?” No, Roland is calling their latest keytar a keytar – and giving into 80s retro vibes. And it’s a vocoder. And… you might kinda want one.

Roland says the new AX-Edge is built on “decades of refinement and input from artists around the world.” Apparently, that “refinement” came when the keytarists said: “give it blades.” “All black keys.” “I want to look like I could play in Jem and the Misfits.” “Please stop calling it a strap-on. It’s a keytar. That sounds really dirty.”

Well, who are we to argue with any of that? 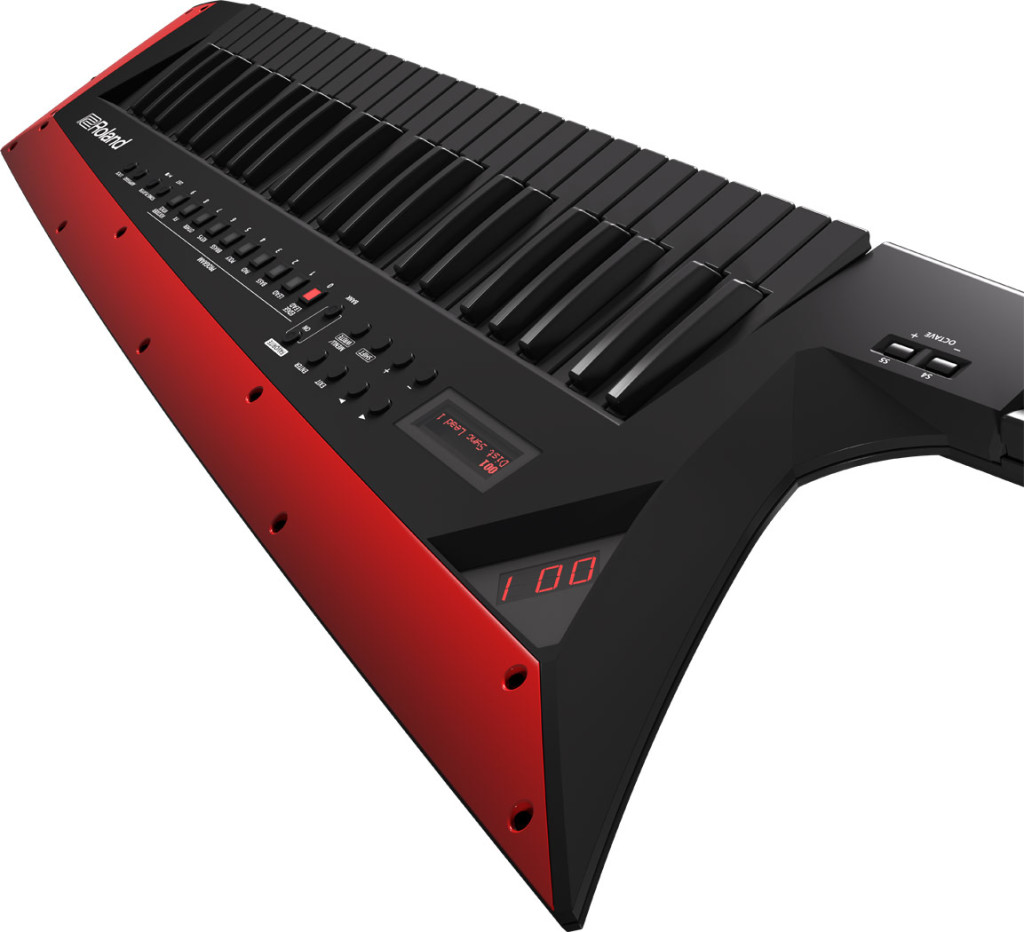 The AX-Edge comes in red and black or white. What’s onboard:
49 keys with velocity and channel aftertouch
Bluetooth MIDI wireless connections – which even allows wireless use of the editor
MIDI DIN in and out
USB and a USB-B slot for a memory stick
Mic input
Stereo out
Headphone out
The paddle-style modulation bar, plus a touch strip (both of those designed to be accessible under your thumb)
One assignable control knob, next to the volume knob (though that one looks tricky to reach)
More sounds: lead, bass, poly, pad, brass, keys, “other”, FX
Vocoder sounds (you knew that mic input was for something, right?)
Performance controls, which Roland says are easy to reach: portamento, hold, octave, and program change buttons, plus 7 assignable buttons
Effects: EQ (per part), 79 types of per-part multi-effects, chorus (8 types), reverb (6 types), master compressor, master EQ

The sound engine is divided into 4 parts + the vocoder part. 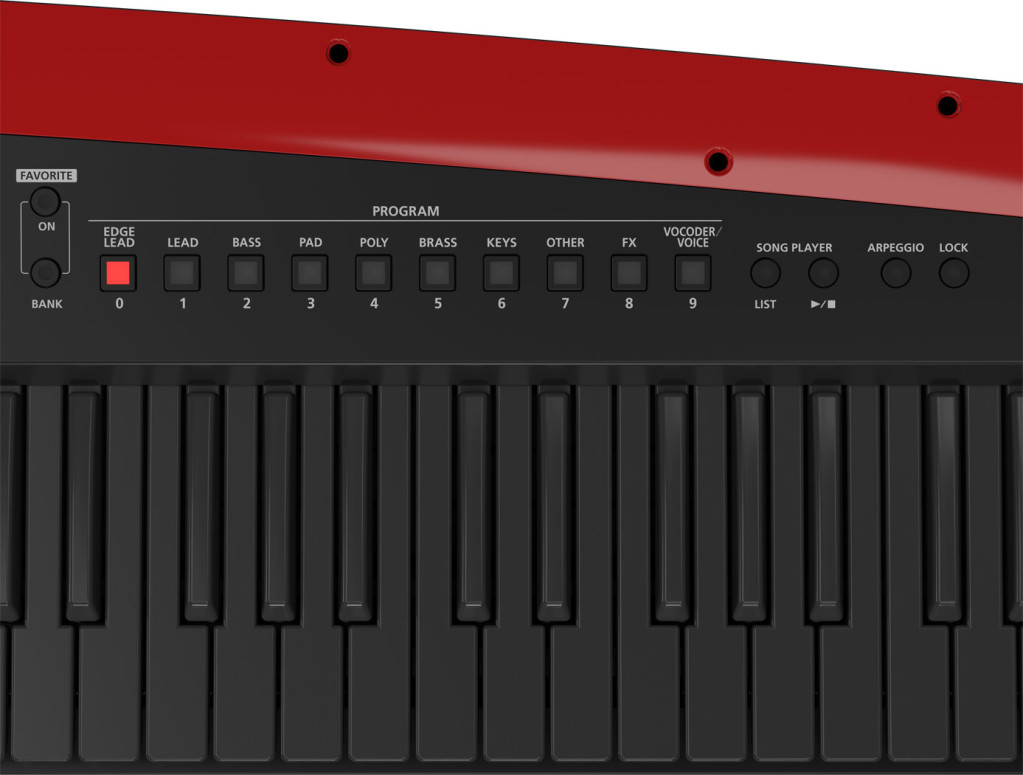 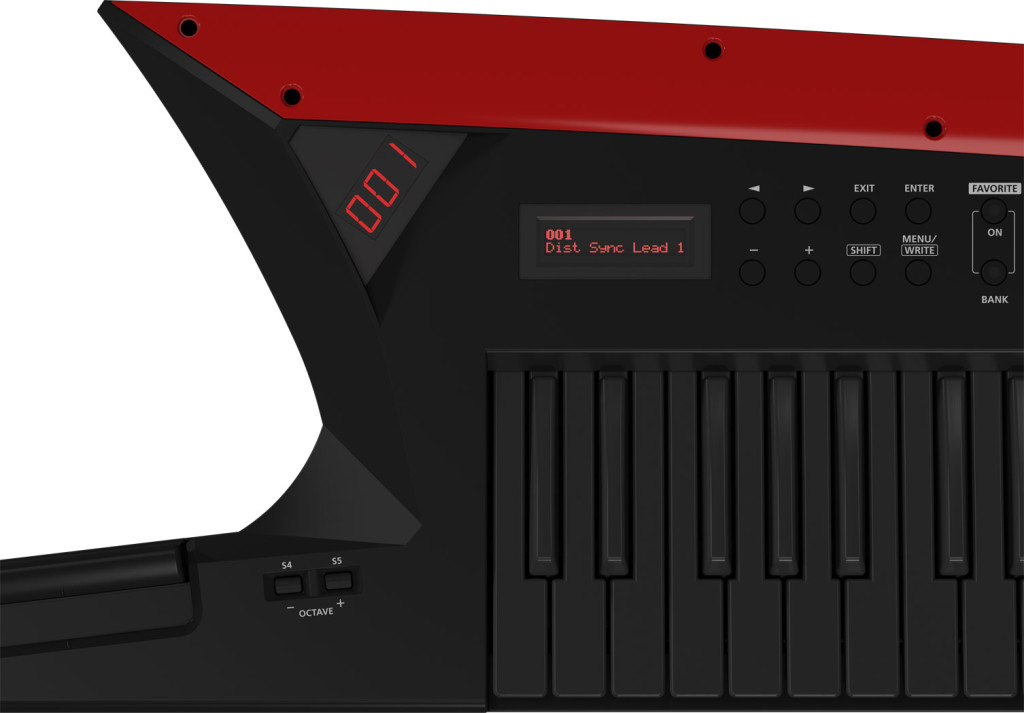 You can also “favorite” sounds. And there are more performance features: an arpeggiator (thank you), two displays for more visual feedback, and a song mode with backing tracks.

Roland promises four hours of mobile playing time on Ni-MH batteries, or you can tether to power with an AC adaptor.

This is a pretty similar arrangement to the previous AX-Synth, so I’ll need to talk to Roland to find out what exactly has changed. The obvious omission: the D-Beam wireless controller. But that was awkward to use on a keytar, since it was designed to be aimed up from a keyboard in front of you on a stand, and you still get control modulation.

Clever placement of buttons under your fingers on the neck, in combination with the existing paddle and ribbon controller plus a lot of additional assignable buttons and one assignable knob, open up more serious performance options. The engine promises to back that up, too.

Other than that, on specs: the AX-Edge has roughly twice the number of sound presets, presumably using a more up-to-date Roland engine, and a whole bumper crop of effects you can apply to each part. That suggests there’s way more horsepower under the hood. The AX-Edge has also gotten ever so slightly heavier – 4.2 kg instead of 3.9 kg – and has shifted its dimensions around if in roughly the same space.

But mostly what I notice is, this looks a hell of a lot better. It at least embraces the ridiculousness of a keytar with something that looks badass. And that’s what’s likely to make it move better in stores, whereas the AX-Synth looked weirdly toy-like for a product with a four-figure price tag.

For an added gimmick, you can swap out different-colored blades to customize the appearance. (The white comes with gold, the black with silver, and you can customize blades.)

We’ll keep an eye out for price (critical), and some details on sound engine.

But if this is affordable and sounds great and looks as good in person, you might have to start an electro band. 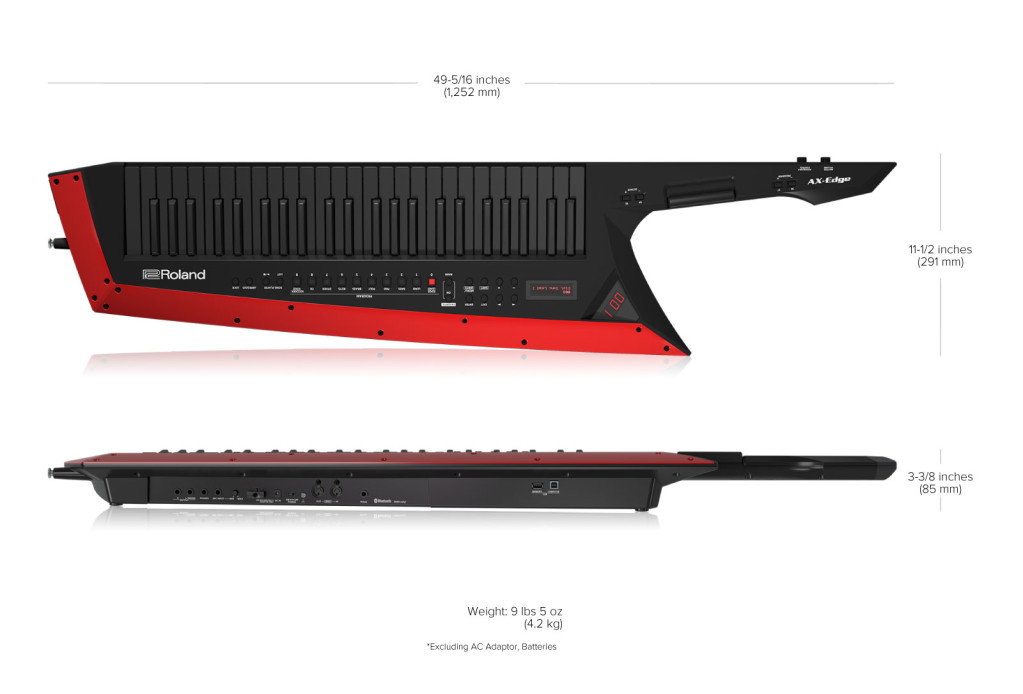 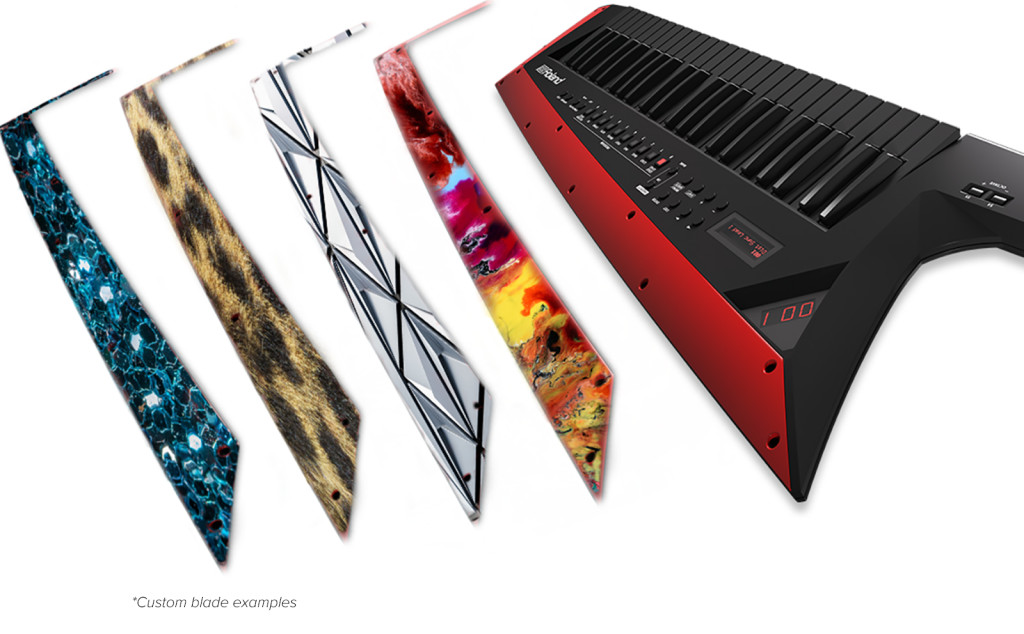 Oh dear. Yes, this is happening. 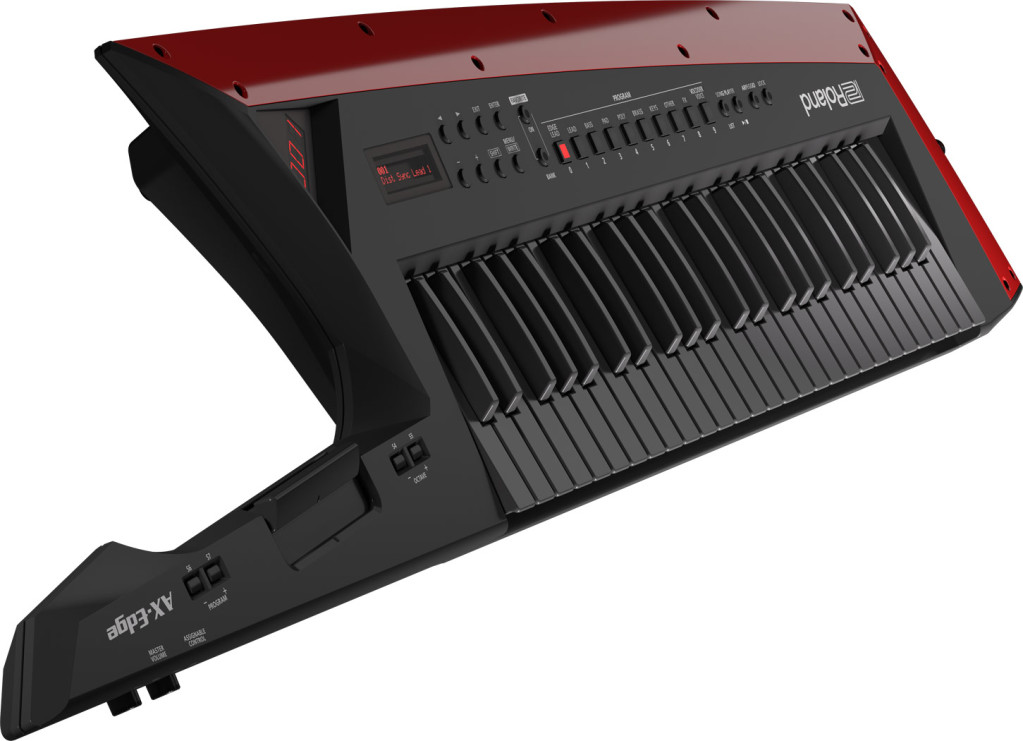 Discover the surrealist charm of Kate NV’s music and films