Novation’s Bass Station has reached the 25 year mark – and their Bass Station II synth gets a significant set of updates as “2.5” to celebrate. Think new sound design possibilities and architectural wonders, plus microtuning. Let’s look:

Let’s face it – as much as the 90s were a great era for techno and dance music and pop, and even as they saw the gradual rise of computers for audio (which, hey, we like around here), the decade did not produce a lot of classic synths. The Bass Station is one gorgeous exception to that. Hands-on, simple, affordable, friendly, it was an outlier at the time but a sign of what would endure in synths. It had a great lineage – Chris Huggett built on his clever Wasp design. And it was an alternative to the ubiquitous Roland TB-303 for bass lines, as the name implies. You can check out that history in a new Novation blog piece:

But you’re not here to relive the year 1993. (Oh, God … please don’t send me back to high school.) No, you’re here to get some new sounds out of the Bass Station II.

Novation has been giving users a lot of what they want in firmware updates, but this time we’re especially fortunate. 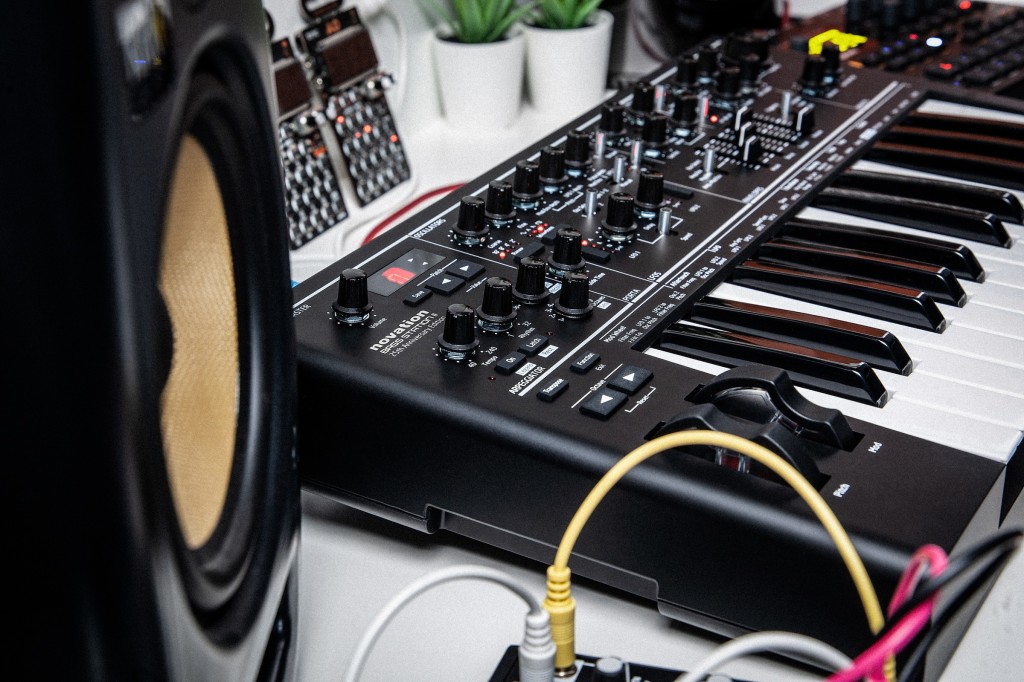 Paraphonic mode. By giving you independent control of the pitch of each of the two oscillators, you can now play two notes at once (via the same single-voice architecture with ring and filter modulation).

Filter tracking. The filter now follows the keyboard pitch if you like.

Envelope retriggering. This opens up various possibilities – rhythmic modulation, you name it. The basic idea: as an envelope reaches the end of its decay, it triggers again.

Oscillator error. Adjust random detune on each note on, for subtle analog-style inconsistencies or wilder extremes.

You also get new preset packs and the ability to customize the display (“Hello, world!”) when the units boot.

Novation has a user group on Facebook for owners: