TUNNELS imagines Eurorack if you could multiply and patch anywhere

Kids today. First, they want synth modules with the power of computers but the faceplate of vintage hardware – and get just that. Next, they take for granted the flexibility of patching that virtual systems in software have. Well, enter TUNNELS: “infinite multiple” for your Eurorack.

TUNNELS is a set of modules that doesn’t do anything on its own. It’s just a clever patch bay for your modular system. But with the IN and OUT modules, what you get is the ability to duplicate signals (so a signal from one patch cord can go multiple places), and then route signals anywhere you like.

“Infinite” is maybe a bit hyperbolic. (Well, I suppose what you might do with this is potentially, uh, infinite.) It’s really a bus for signals. And maybe not surprisingly, this freer, ‘virtual’ way of thinking about signal comes from people with some software background on one side, and the more flexible Buchla patching methodology on the other. TUNNELS is being launched by Olympia Modular, a collaboration between Patterning developer Ben Kamen and Buchla Development Engineer Charles Seeholzer.

You might be fine with just IN, but you can also add one or more OUT modules. That connects via a signal link cable, but duplicates the outputs from the IN module. (Cool!) So as you add more OUT modules, this can get a lot fancier, if you so desire. It means some patches that were impossible before become possible, and other patches that were messy tangles of spaghetti become clean and efficient. 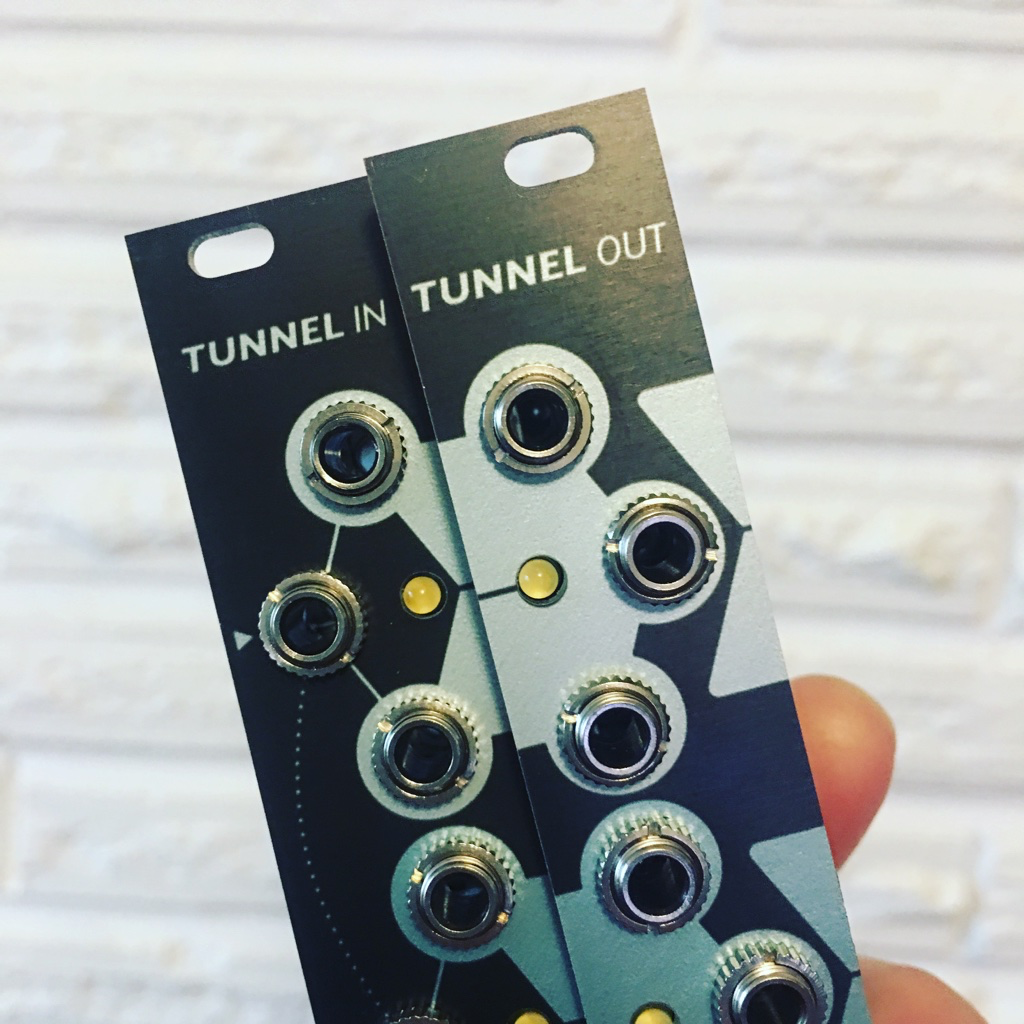 Actually, I’m comparing to software (think Reaktor, Pd, Max), but even some dataflow software could use some utility modules like this just to clean things up. (Most dataflow software does let you connect as many outputs from a patch point as you want. Code environments like SuperCollider also make it really easy to work with virtual ‘buses’ for signal… but then hardware has the advantage of making the results visible.)

Tunnels is on Kickstarter, with a module for as little as US$75 (limited supply). But, come on, spring for the t-shirt, right?

Specs:
TUNNEL IN: buffered multiple, duplicate input across multiple outputs
TUNNEL OUT: add additional outputs at another location – chain infinitely for massive multiple banks, or use as sends for signals like clock and 1v/oct 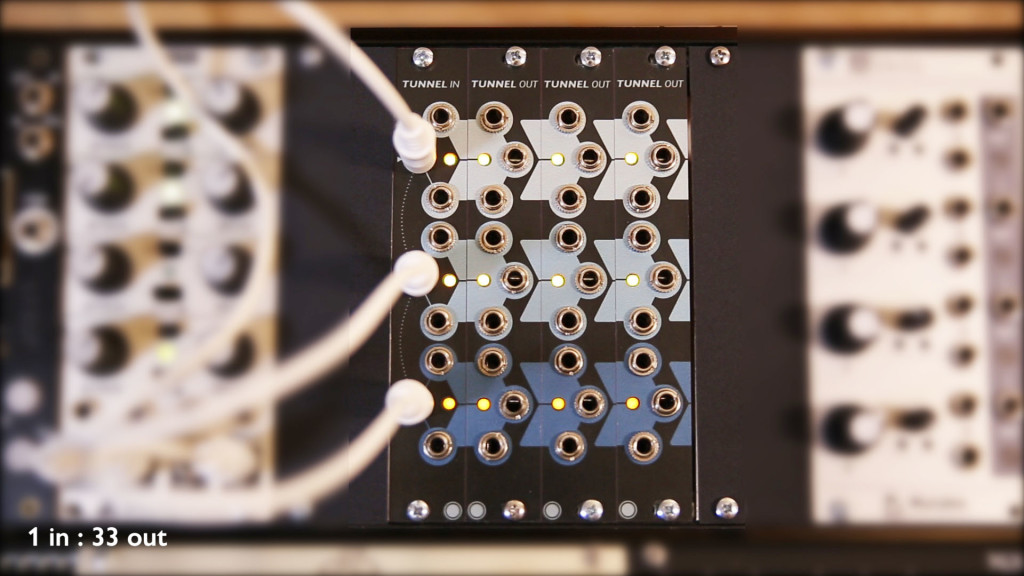 Add more OUTs, and you get a big bank of multiples.

I’d say it’s like send and receive objects in Max/Pd, but… that’ll only make sense to Max/Pd people, huh? But yeah, like that.

The new iPad Pro has a USB-C port – so what can it do, exactly?