Contrary to popular belief, Digidesign ain’t the only game in town when it comes to hardware DSP for effects and instruments. Universal Audio writes us to say that today they’ve updated their UAD-1 DSP system; version 3.9 adds support for Mac OS X Tiger. Users of Logic Pro 7.1 and the upcoming Live 5 will […] 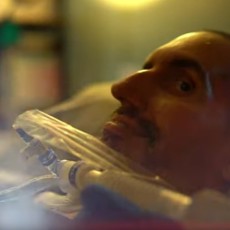 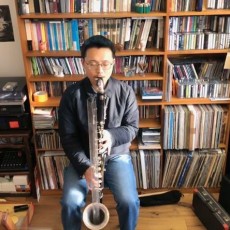 In quarantined China, concerts and clubs are going online as a safe place to meet 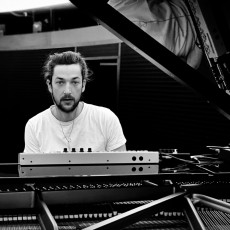 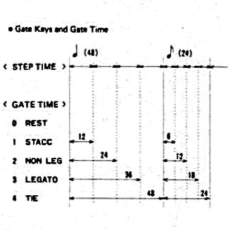 Singer and electronic one-man band Jamie Lidell has a great interview from Belgium’s Domino Festival. Jamie speaks from the back seat of a Volvo station wagon to a phantom interviewer. He reflects on performance, trance states (people tell him he does weird things with his eyes onstage), and getting “deeper” live. There’s also some great […]

Harmony Central, the highest-traffic music tech site online, announced yesterday it had been acquired by music catalog outlet Musician’s Friend. For their part, Harmony Central’s founders remain onboard and claim the site will remain an “independent publisher and forum.” But wait a minute: while it’s great to hear the most-read site on the Web for […]

Remember notation? Stuff you hand to actual musicians? (Remember them?) Score production remains a very big deal, especially since some of us find hand-scoring about as much fun as digging trenches with our teeth. MakeMusic this week has announced preorders and feature set for their next release of Finale, Finale 2006, continuing their annual upgrade […]

Let’s get the bad news out of the way first: “It should be noted that it is very unlikely that an artist would have the opportunity themselves to go to the International Space Station, certainly in the foreseeable future.” Damn. Okay, that said, though, Arts Electric reports the European Space Agency is looking at ways […]

Wormhole2 is a plug-in that lets you route audio via a network, between any computers you’ve got handy (Mac or PC). You could save processing power by letting different machines handle CPU-intense effects and instruments, or share audio onstage. (You’ll need to send sync separately.) It gets cooler, especially with new features added to version […]

[Updated: Originally thought to have Windows-only software, Ecler assures us the editing app is cross-platform after all.] We’ve been waiting for the Ecler NUO4 DJ mixer since April (see our May profile). Why is this DJ mixer exciting? Aside from being top-notch kit from Ecler, meaning it should feel and sound great, this is a […]

Deja vu, anyone? The same day that plasq has released their solution for sending audio over a network, Wormhole2, the new Tiger-ready version of Jack is out. Unlike Wormhole, Jack is Open Source, though it’s also Mac- (and Linux-) only; no Windows. Mac users, you don’t have to choose between the two: Jack is great […]

The wait’s been years long, but it’s over: SynthEdit is now officially out of beta. (via KVR) This US$50, Windows-only software lets you build your own instruments and effects via a modular environment — nothing new in and of itself, but wildly popular due to its simple design, low price, and easy ability to “save […]

Keeping up with low-end audio gear maker Behringer is getting harder, with their “87 products in 2005” promise. Here’s the latest: The B-Control Nano BCN44 is a box with four knobs and four buttons, plus an LED. That’s it. It’s just a simple, programmable MIDI box, but it’s dirt cheap: US$64.99 /39 GBP, available now […]