While After Effects is a 3D environment, it’s generally used in quite a limited way, being comprised mostly of 2D surfaces moving in 3D space. Steve Kilisky (After Effects Senior Product Manager) has recently posted some great work by designers pushing After Effects’ 3D capabilities to the limits: 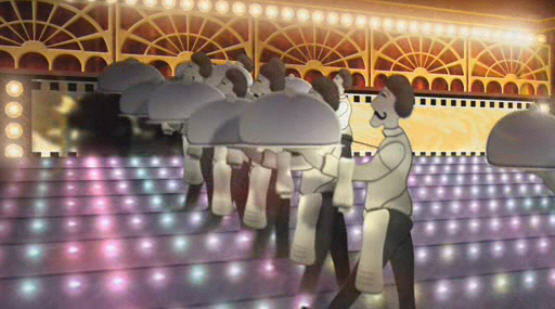 AE or 3D looks at a superb animation (44MB download) by Chris Zwar, who has in the past been a CreativeCow contributor.

In terms of what was AE 3D- the answer is practically everything. The curtains drawing back at the beginning were a piece of stock footage but everything else was done inside AE. Even the curtains which don’t draw back are solids with fractal noise. The bouncing balls were CC spheres (with expressions to squash and bounce them appropriately), the “gun” at the end was a CC cylinder, the wooden blocks which form the rings and the “Challenge” pattern were just 3D solids arranged by expressions, etc etc.

CreamyOrange – Extreme 3D explores a similar fairground theme. Putting together a ferris wheel, roller coaster and spinny chair thing using AE, Photoshop and Illustrator. The final piece was comprised of 7000 3D layers, and seems to have triggered a rendering bug in AE (which Steve has comitted to investigating). 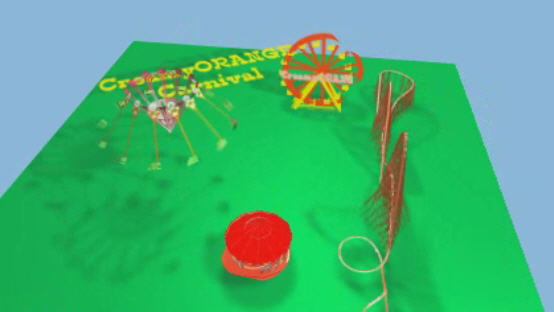 It’s great to see artists and designers pushing the limits of software, but even more refreshing is that the developers (and product managers) are blogging publicly to acknowledge the work these people are creating and troubles they’re encountering.

animation
Bespoke visual noise is the next domain for Robert Henke – so let’s revisit Perlin, anyway
3D
NVIDIA’s Omniverse and Studio let you create 3D worlds together – and they’re free to use
3D
VR becomes a fluid medium, a music video you can play, more, in PatchXR Patchathon
animation
Unsettling textures from Muqata’a, translated perfectly into visual form by Theresa Baumgartner