For people who love video, the sight of a tablet simply screams out for seamless mixing and manipulation of video media. We’ve waited some time for something that really looks like a proper VJ app for iPad. TouchViz, from the creator of TouchOSC, was the first entry to move into this territory, with two-channel playback and mixing, camera input, external output (essential for performance), and MIDI and OSC control.

Now, we have a second entry, and it looks poised to appeal to a big audience. It’s a VJ app, but it also can be used to remix and record video and music. You might even use it as a quick, touchable, mashable video editor on the go, as well as a live-ready visual performance tool. And, it comes from Algoriddim, who have already had a blockbuster iOS (and Mac) hit in the form of djay.

vjay is a full-blown audiovisual mixing app. “First” is a word I never like to use, but it’s definitely the most full-featured audiovisual app we’ve seen yet, and it could be the first one that makes people take the iPad seriously as a VJ option. You could easily see doing entire VJ sets with this – and making quick video edits of events on the go. The one catch: you do need, unsurprisingly, an iPad 2 or better (including this year’s model, but not the first-generation). I may have to go iPad shopping again, I’m afraid.

If it were just a two-channel video mixer, that wouldn’t quite be news. It’s the way it bundles this with a rich set of features, including wireless streaming, that could open up new options for mobile visual expression. It’s when you use this on the move and share what you’re doing that things really get interesting.

And, of course, Algoriddim is clearly hoping all kinds of users get more active with video. That may suggest more casual uses, but — let’s be fair — we’re interested in superstar VJs, and the superstar VJs of the future. Here we go.

< li>Integrates with iTunes Library. (So, yes, you could go out and buy artist music videos and remix them – not that we specifically condone that sort of thing here; we’d naturally rather you generate content! Shoot stuff! But yes, you can then sync the stuff you make via your iTunes library – including footage you capture on the go with a camera adapter.)

Obviously, if you’ve got a second- or third-generation iPad, you’re going to buy this thing right now for US$9.99. The interesting question is, will this make live visual peformers consider using an iPad in place of, or in addition to, their computer. (Cue my usual lament about how we need affordable HDMI and VGA mixers. Sigh.)

I hope we get to compare this hands-on to TouchViz soon. Stay tuned.

Computers are trucks? Monster trucks? Of course, I needn’t point out that as the iPad catches up to the VJ app of some years ago, it doesn’t hold a candle to the extraordinary things even an inexpensive computer can do now – projection mapping, generative graphics and animation, 3D, and other responsive and creative visuals that go beyond 2-channel mixing. But at the same time, if you just love working with video and media, this might not be an either/or choice, anyway. And there, the iPad looks like an intriguing additional tool, going from being a remote control for your lighting rig or computer visual performance rig to mixing and sharing videos on its own – including all that nice stuff you’re generating on your beefy laptop or desktop. 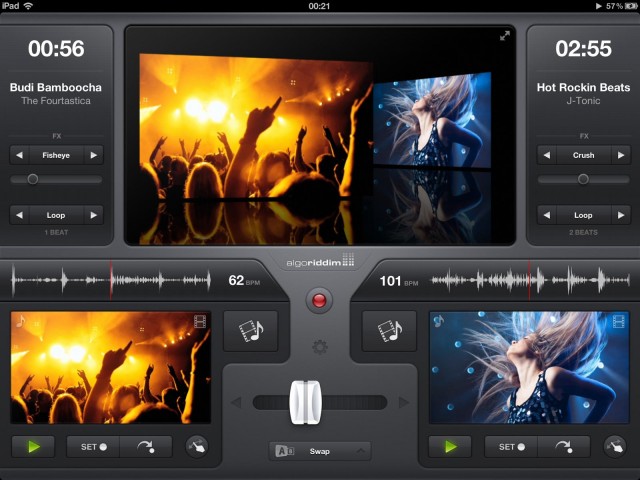 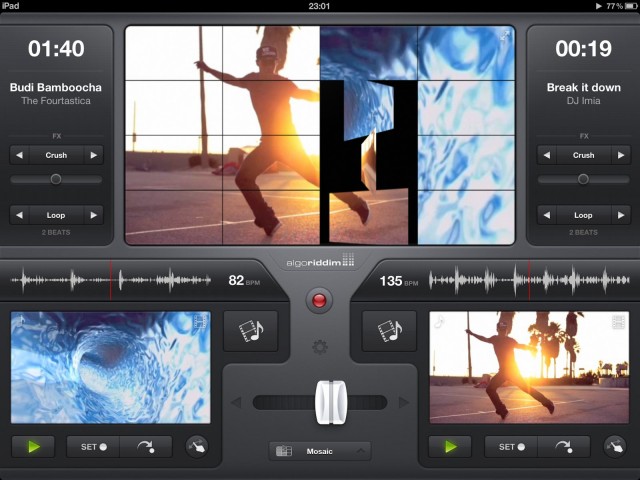 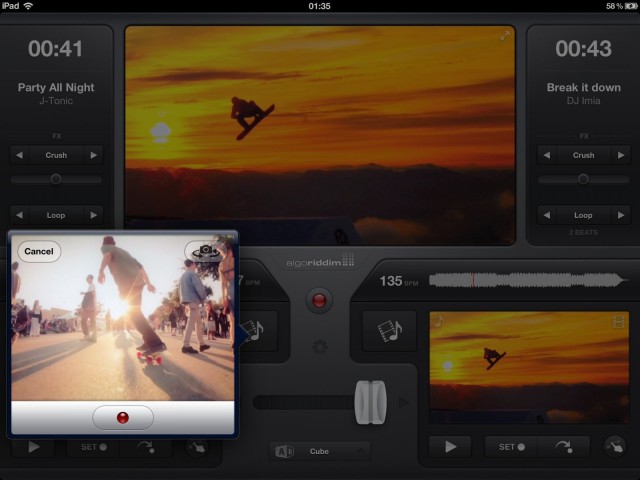 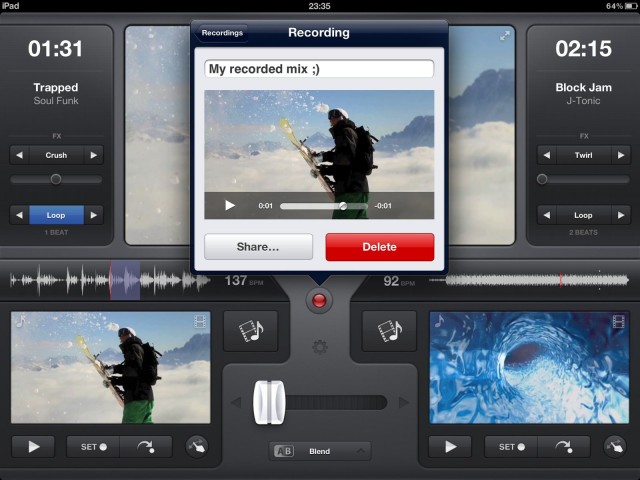 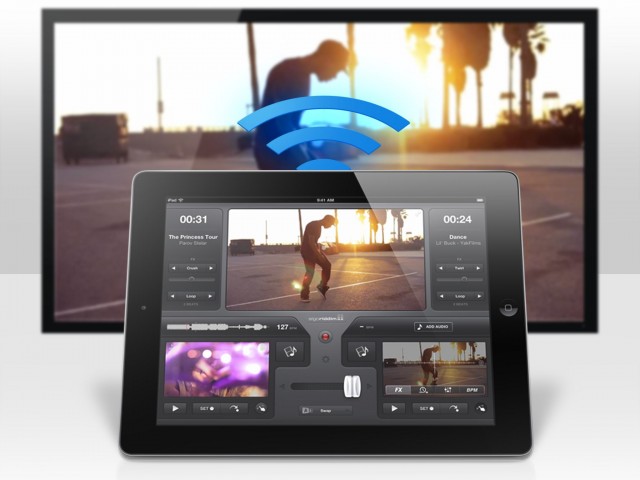