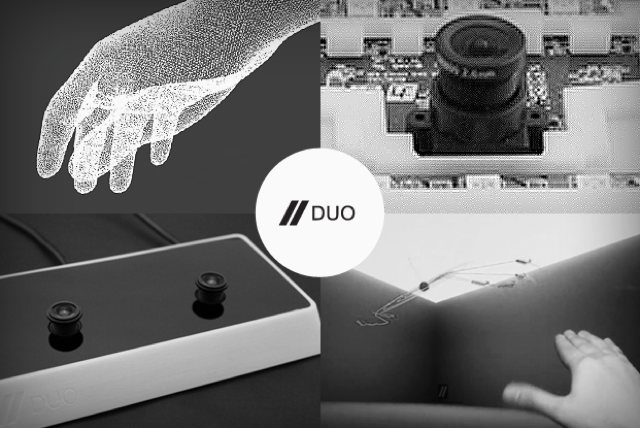 Gestural input is already beginning to make Kinect look crude, offering new three-dimensional sensing approaches that combine low latency with precise gestures. That offers tremendous potential for new interfaces, and could in particular finally help solve the problem of how to intuitively work with three-dimensional interface concepts that don’t lend themselves to traditional touch and physical input.

Leap Motion is already speeding toward its mid-May launch, complete with an app store ecosystem for developers wanting to push out new ideas to users. But Leap is a closed box. Apart from any philosophical objection, that means you can’t take it apart and understand how it works, or modify its physical form to work in new performance instruments, installations, and the like. (And that’s of prime interest to many readers here, of course.)

That’s where DUO comes in. It’s an open-source alternative, now in its final week of crowd funding. I find my inbox is inundated with crowd funding ideas on sites like Kickstarter, but this one is special. The prototype and current software are already drool-worthy. And the team behind the project have worked on software we’ve already covered on CDM. They’re behind projects like CL Eye (the free Windows Sony PS3 Eye driver), CL Kinect, CL Studio, and crucially the popular open source touch libraries CCV and Touchlib.

Update: I should observe that AlexP did rub some folks the wrong way in the way he tried to fund his projects, including some (fair, I think) criticisms about whether licenses were indeed open. He was responsive to that criticism. At this point, I’d like to know what license they plan to offer. Also, I think there are reasonable concerns about open source projects getting crowd funding before they’ve released code – though, with hardware, I think it’s also fair for makers to wait until they’re shipping before they release their work, for a variety of reasons. (I actually think waiting in this case is the smart thing to do; that’s perhaps the subject for another article.) 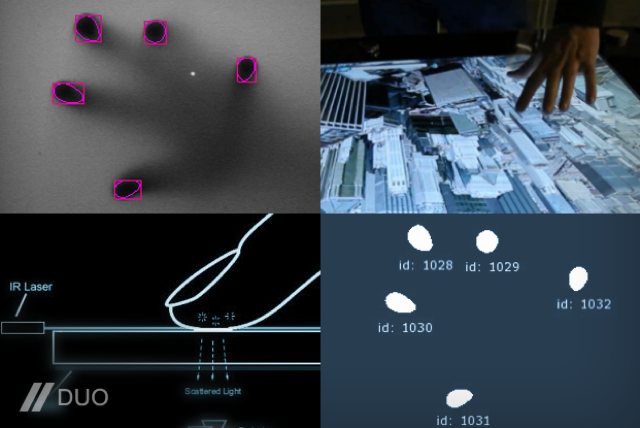 With Mac, Windows, and Linux support in the works, it could be a perfect solution. And I imagine we’ll see some kind of cross-hardware SDK support in the long run that supports both this and LEAP.

You’ve got through Thursday to pledge and get to the front of the queue for the device.

Thanks to everyone who sent this in. I’m late, but – now’s a good time to signal that “last chance” call for the gear.