Syphon in Your After Effects Lets You Map While You Animate 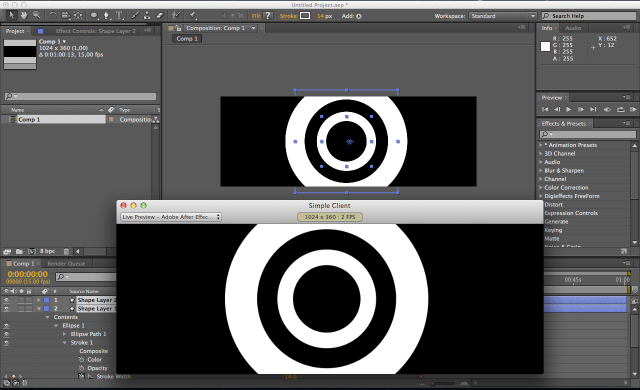 Yo Dawg, I hear you like Syphon, so I put Syphon in Your After Effects. Or something to that effect.

Say what? Well, Syphon, for those of you who have, um, never read this site, is a technology for connecting textures between apps on the Mac. And that includes tools like the wildly-popular MadMapper. There’s not only one use case for having a Syphon plug-in in After Effects, but one clear use case would be making adjustments to an animation in After Effects, live, while you test projection mapping (or other display mappings) in MadMapper.

It’s labeled an “experiment,” but the implementation looks very cool. A free trial is available; US$20 payment unlocks more resolutions if you like it.