Watch this free monster patch for Elektron machines, in action

This one’s too good to wait. Gustavo Bravetti, the Uruguay-born producer and DJ, is already something of a maximalist. He’s the sort of person who can rock alternative controllers live on a mainstage in front of massive festival crowds – the powerful counter-example to the notion that such high-pressure gigs have to be press-play. And now, he’s been hard at work on a powerful tool for expanding the possibilities of performance on Elektron’s hardware, all using Push for control. I could ramble on, but the best way to follow this is to watch the extensive tutorial video he’s just posted:

The computer is acting basically as a prototyping tool, as glue between the Push controller and the Elektron gear (indeed, Gustavo is already thinking about how to make a version of this that doesn’t require a full laptop and OS). But the point is that Push’s versatile layout becomes command center for snapshot recall.

It’ll be free when it drops this weekend (Gustavo tells CDM the work is done).

And wow, does it do a lot. You can control mute states for tracks, as well as level. You can use the crossfader as a modulator, or cross-fade tracks, or cross-fade performance macros, or add crossfader actions. As the name implies, you can take snapshots. You can activate, deactivate, and store parameters.

As Gustavo tells us, it’s “a non-linear sequencer” for snapshots. You can select snapshots and choose which parameters are recalled – so you could pre-program whole songs, he says, or just use the programming as a guide for creating builds, cuts, and so on. (And yes, live, full-on mute is a useful thing.)

That’s impressive enough, but it’s the way the pieces are put together that makes this so uniquely musical. There’s a quantized engine, allowing you to automatically launch snapshots in time, defined by rules and triggers and controlled by crossfader gestures.

A 4×4 customizable pad area let you program in phrases and arpeggios, use custom delays, and more. “The possibilities are endless,” says Gustavo. “You can play arpeggios in sync and live on the Elektron machines – something you can’t do by default.” More videos with those features are coming.

And the user interface is beautiful, as well – this thing almost looks like a dedicated piece of software. For now, there are two tools, a “satellite” tool for routing and the larger interface. (Gustavo says he plans to merge the two.) 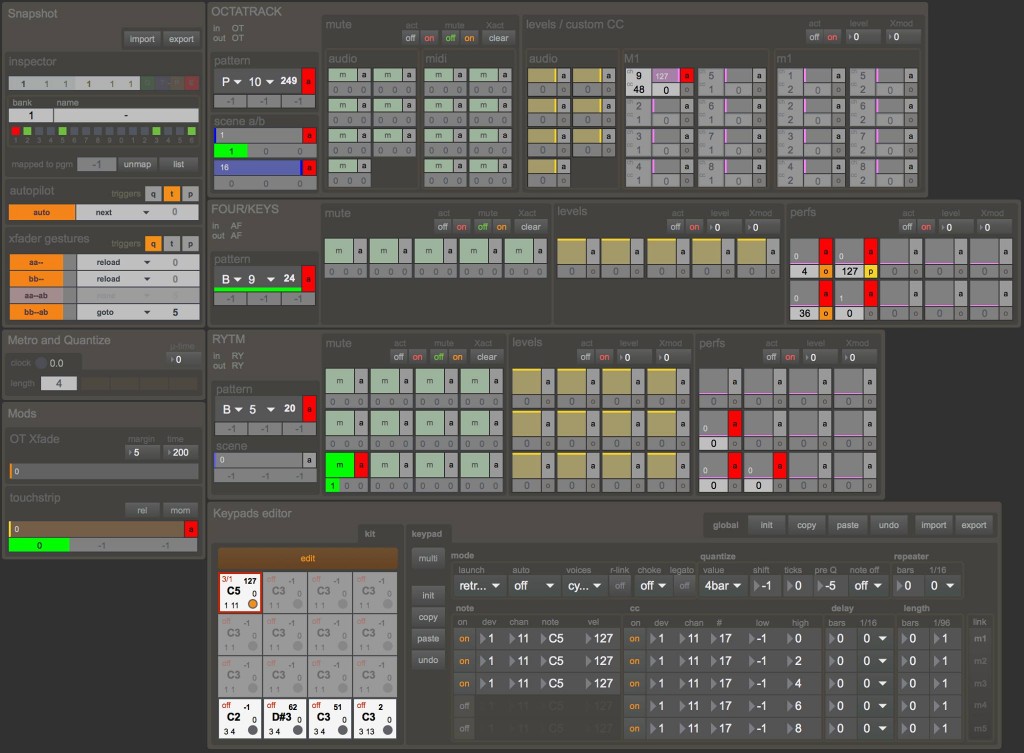 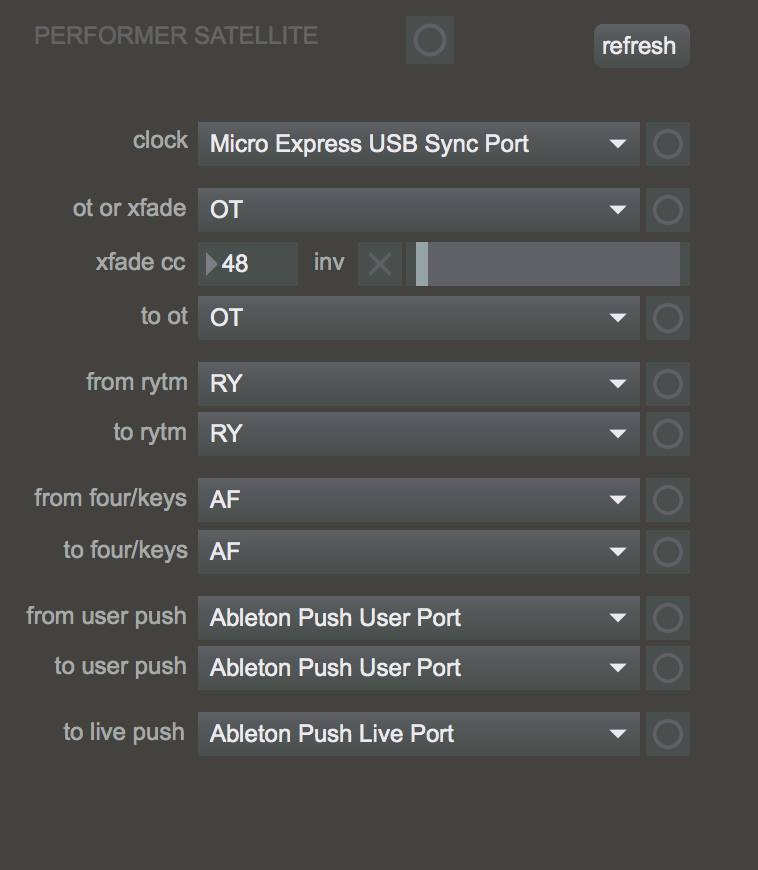 What is this like in action? Here’s Gustavo playing, from last summer (it’s continued to evolve since then). He keeps very, very busy – watch those hands. (This to me is fascinating – not saying that a more active performance is necessarily better, but it’s fascinating to observe the range of levels of control different artists use to define a live set. To me, it’s one of the things making live sets interesting…)

Play with Steve Reich’s techniques in a free iPhone app