raster-noton founders on how they found visual inspiration

Few electronic labels or acts have an identity as well defined as raster-noton, and its co-founders Bytone (Olaf Bender) and alva noto (Carsten Nicolai). And I don’t just mean single cycle waveforms or quick bursts of noise, hard-edged projected high contrast geometries or digital aesthetics, though those associations will certainly spring to mind. Even as the label has expanded in its musical scope in recent years, it has retained a sense that aesthetics themselves matter, that its artist roster are capable of painting with sound and exposing the process of using technology.

Understanding where that comes from visually is key to appreciating what it means to be raster-noton. At Barcelona’s SONAR festival last month, I got to sit down with Carsten and Olaf and talk about this visual side, nicely coinciding with the label’s twentieth anniversary year.

I have to say I enjoyed this as much as any panel I think I’ve done; Carsten and Olaf are also exceptionally thoughtful and easy to talk to (contrary to whatever stodgy German stereotype people may imagine).

As evidence of the visual life of the label, there has been recently the “white circle” installation, which I saw at the Halle of Berghain. The visual component was understated – a choreography of a circle of lights, vaguely recalling a birthday cake.

To me, a high point in the raster-noton visual oeuvre was alva noto’s unitxt/univrs around 2010, partly because it exposed its own workings (a Touch Designer collaboration with Markus Heckmann).

Or here’s Olaf at SONAR in 2009. (Olaf spoke really highly of the SONAR experience over the years).

A few themes emerged from our talk.

I was especially intrigued by the way their visual background influenced their take on music. (That’s especially informative to me, as I feel a bit biased the other way – tending to try to apply musical filters to whatever I see in visual composition, for instance.)

So dealing directly with the visual materials of music itself was important. They talk about using extreme sounds, then viewing those on an oscilloscope in order to work with them – that clearly is inspired in some way by a tendency to process sonic information in the visual spectrum.

They also describe minimalism as a kind of reaction to growing up to DDR broadcast media that centered on propaganda.

It’s interesting to counterpoint the attitudes in the West. In post-War America, the CIA could back abstract expressionism as counter to Soviet social realism.

And maybe you could view visual performance culture on both sides of the former Cold War as a reaction to that era. If the raster-noton artists sought to expunge propaganda from a minimalist visual language, artists like Emergency Broadcast Network turned instead to cut-ups, remixes and mash-ups (which went on to influence VJ culture worldwide), drawing themselves on hip hop culture and its own criticism of the dominant narrative. This Desert Storm-era video is a good example of the response to the government-tailored propaganda packages that aired on cable news (and is especially ironic, considering the cast of characters and the more recent controversies over the second invasion of Iraq, use of drones and “smart” weapons, and surveillance):

But the other conclusion to draw from our conversation is the way that raster-noton has managed to be outward looking, how it continues to grow and evolve rather than take the easy route of being a museum piece version of itself.

I especially appreciate the dynamic new performances of Robert Lippok and Frank Bretschneider (of the “old guard”), and Kyoka, Dasha Rush, and Grischa Licthenberger (of the newer additions), among others. That includes new visual directions, whether it’s Robert and Frank recently creating immersive sensory overload by filling the Roter Salon in Berlin with fog and brilliant strobes, or the team of Stanislav Glasov and Margo Kudrina adding visionary Touch Designer-powered visuals at festival appearances and the recent Berghain showcase. There’s more to say here, so I’m sure we’ll loop back on that. But this is the mature raster-noton: one comfortable enough in itself that it can make a statement without a rigorously-defined aesthetic.

In fact, we didn’t even get a chance to talk about Carsten’s robust career in the art world, which could easily have been a talk all itself (I decided to stick mainly to the work inside the sphere of the label). 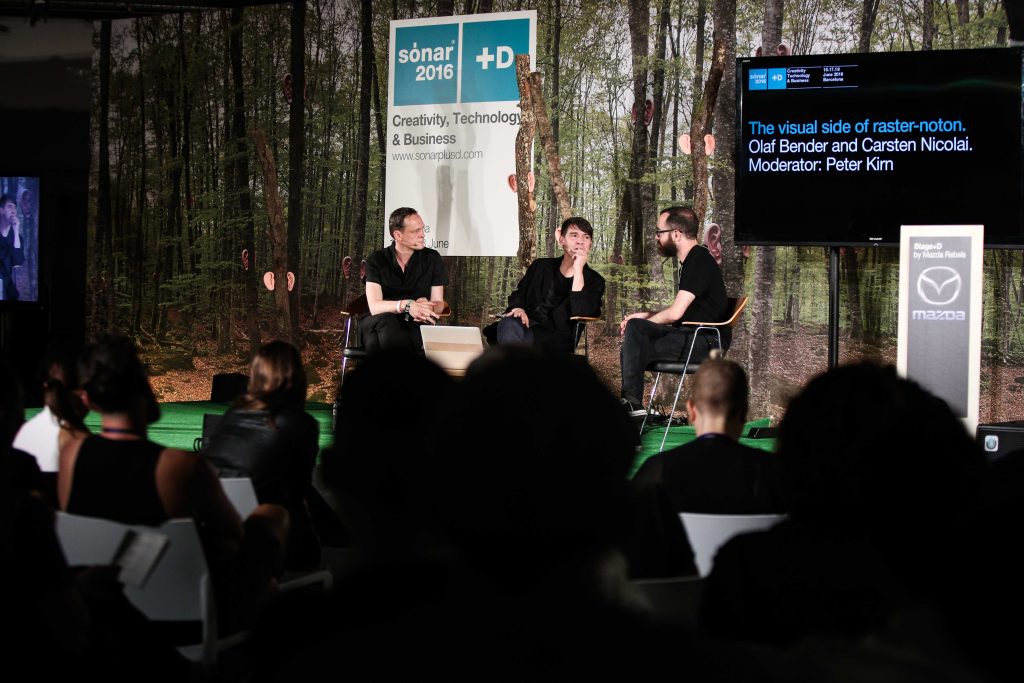 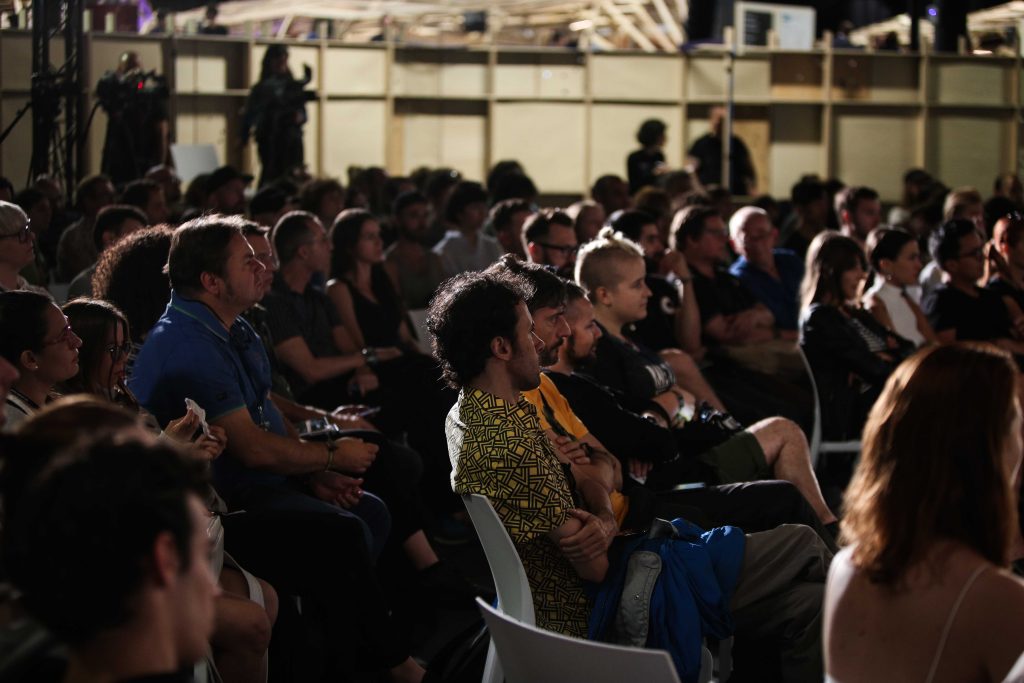 But it’s humbling to get to know this community of artists, from the label co-heads to all their collaborators. I think what they’ve done to build the label and their own performance careers can be an inspiration to a lot of us – particularly to any of us who have been told “you don’t mix this with that” (to quote the classic track “Transition”), as far as working across media.

Here’s to the next projects – and the next twenty years.

Sail to Samos with vintage BBC to find Pythagorean tunings