Step inside the mystical sound world of Circular Ruins

Circular Ruins’ auditory landscapes are rich and strange, hypnotic rituals of loops and layers. They’re dark, but somehow un-menacing – safely resonating with whatever dangers live there.

The artist speaks to us here about process, and zeitgeist, and cassette tapes. And we get to premiere the full release. We have a look round his studio and rig along the way.

Circular Ruins happens to be Marijn Degenaar, who also happens to be on the design team at CDM. Oddly, friends and I have each done a double-take there, discovering his music through some other channel only to find out later the connection to someone we know. (Hey, Marijn is in good company — shout out to, among others, the wonderful IDM legend proem who’s worked with us before. I guess we are a music site. But just don’t think I’m devoting time to music that’s anything other than what I utterly love.) 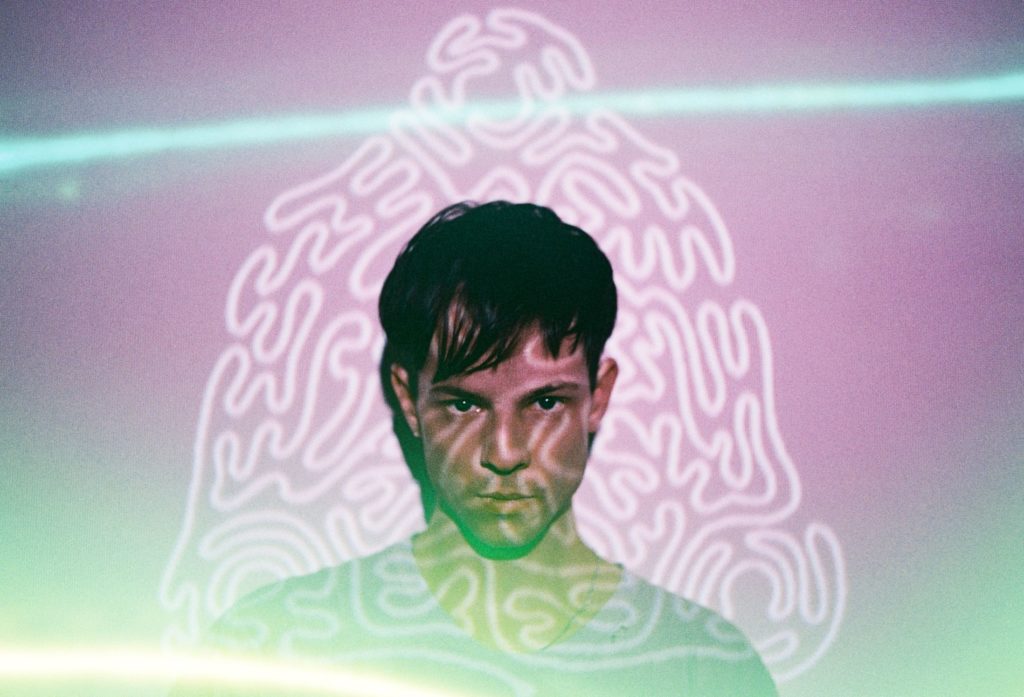 CDM: Can you tell us about the overall process that led to these tracks? There’s a real feeling of open, organic time. Is there an approach to production that’s giving them that feeling?

Marijn: The tracks have mostly come about through jamming on a simple idea. Some were made quickly, while others took a while. Mostly, there’s a certain atmosphere or imagined space that I try to evoke. I often start of with a simple drone, pulse, or rhythm, and build layers on top of that, letting whatever emerges guide me. When I have a few different parts that work together, I arrange the raw material into a track.

There are moments of clear rhythm, too, obviously the mark of sequencers but — how do you view the different senses of pulse in these pieces, in terms of the result?

The different pieces trot along through different chapters of the narrative. Sometimes it needs to slow down and sit there for a moment, floats along, picks up the pace again, and pulses on. 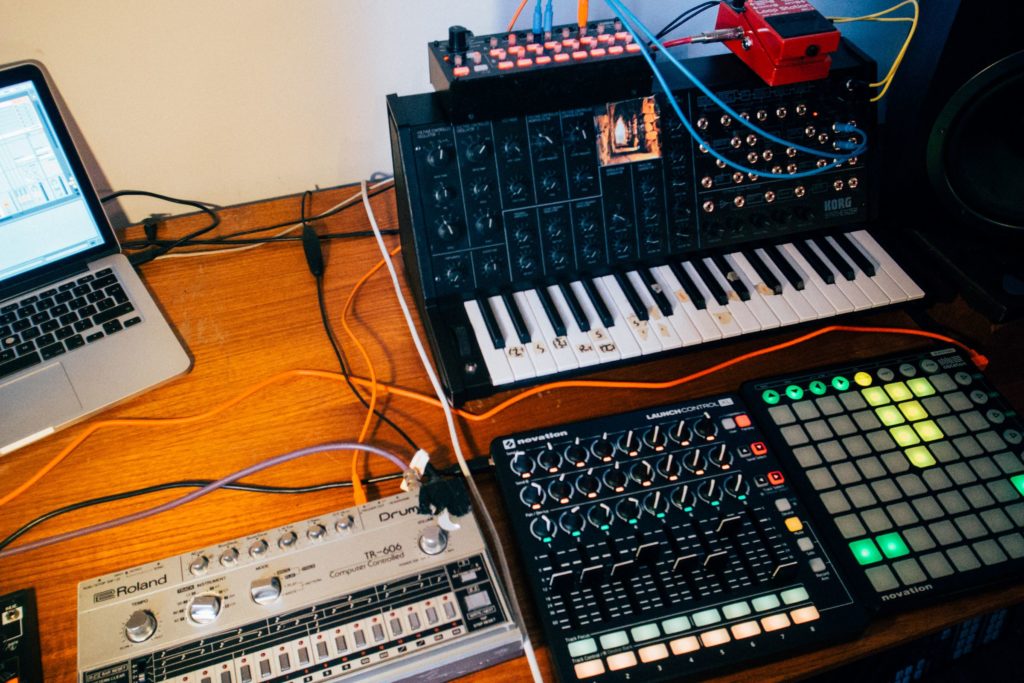 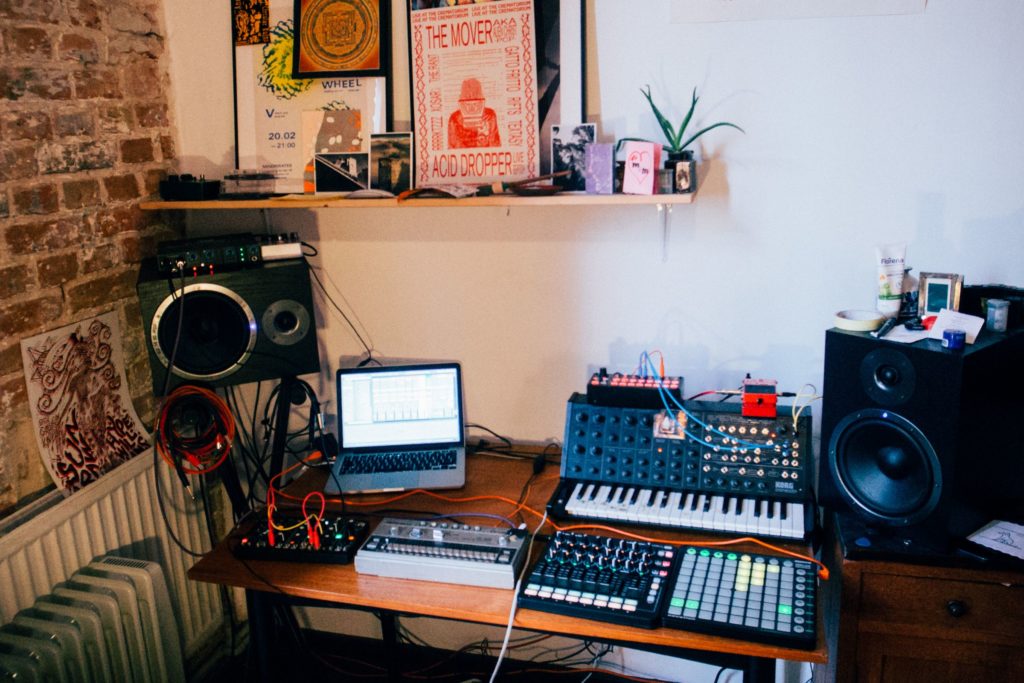 You’re obviously someone who also works visually – heh, and here’s one interview that gets to live inside pages you literally designed. What’s in your head visually as you work with music — or is music a way out of that?

I feel like the music is very visual indeed. People often tell me too that they have certain visions whilst listening to it. It’s great to hear that it has this evocative effect on people. Around the time when I started Circular Ruins, I definitely had the need to get out of my head, so I guess that led to setting out to create these strange sound worlds. There are all kinds of images in my head when I make music, different from piece to piece, but I guess often I try to create a sort of strange, timeless, wistful, ancient, or faraway space or environment.

This is a pretty rich sound world in the recordings, already – and it sounds complete, in a way. How did you adapt it to the live show that I saw at ACUD? [Marijn played recently here in Berlin.] What are the performative elements in that situation?

There are some elements that I use from existing tracks that jam on when I play live. But a lot of tracks that I play live are quite different. When playing live, I like there to be an element of uncertainty and I improvise a lot. Mostly I reduce it down to four tracks + effect sends that I mix live. I sequence two synths ([KORG] MS-20, [MakeNoise] 0-Coast) alongside. Before, I used to solely use the MS-20 when playing live. Creating drones, pulses, strange sounds and looping them; building up the composition up in layers. I like the minimal, improvised approach to this. Nowadays I use a laptop also to add some more depth and structure, but I still try to retain these improvised elements. 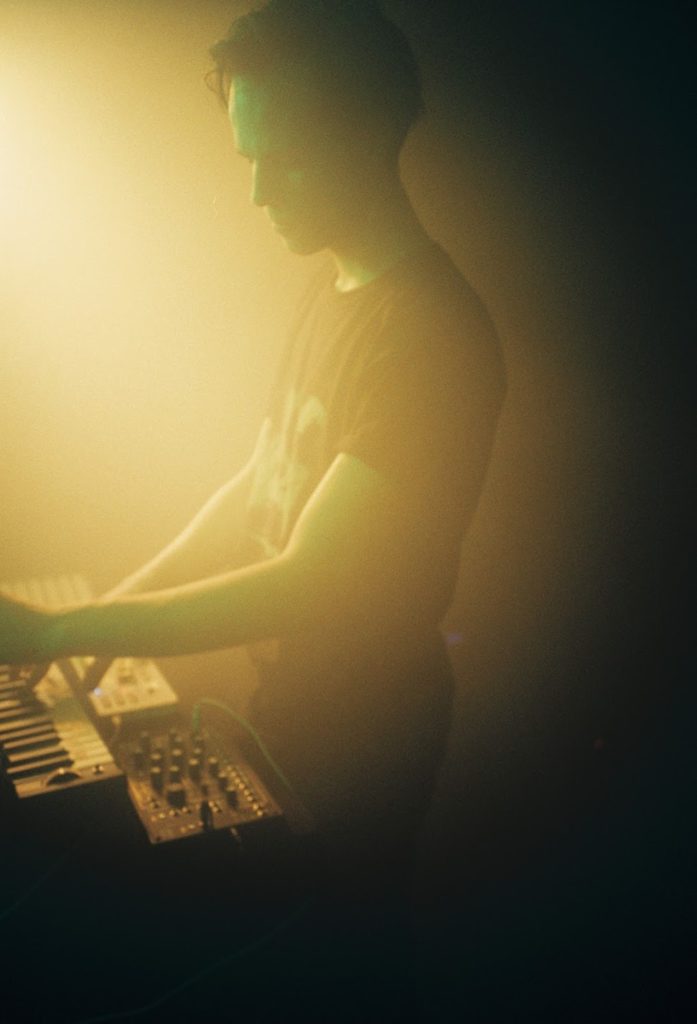 Can you elaborate more on where these sonic visions come from, emotionally, in terms of narrative? Is there some programmatic element to what you’re imagining here?

The album came together from a few different sketches and ideas that I had written over a course of time. While I was writing them, they weren’t necessarily envisioned as a cohesive whole. The individual tracks were more or less snapshots or small poems, describing what I was sensing or feeling at the time — glimpses of the world, refracted through an old, dusty lens. When I started building the album up and putting the different sketches together, a narrative started to appear. Then I filled in the gaps with other tracks. I work in an intuitive way, letting subconscious process guide me. This album turned out a bit more dissonant, darker, and more abstract than my previous release, which is probably a reflection of our current times. 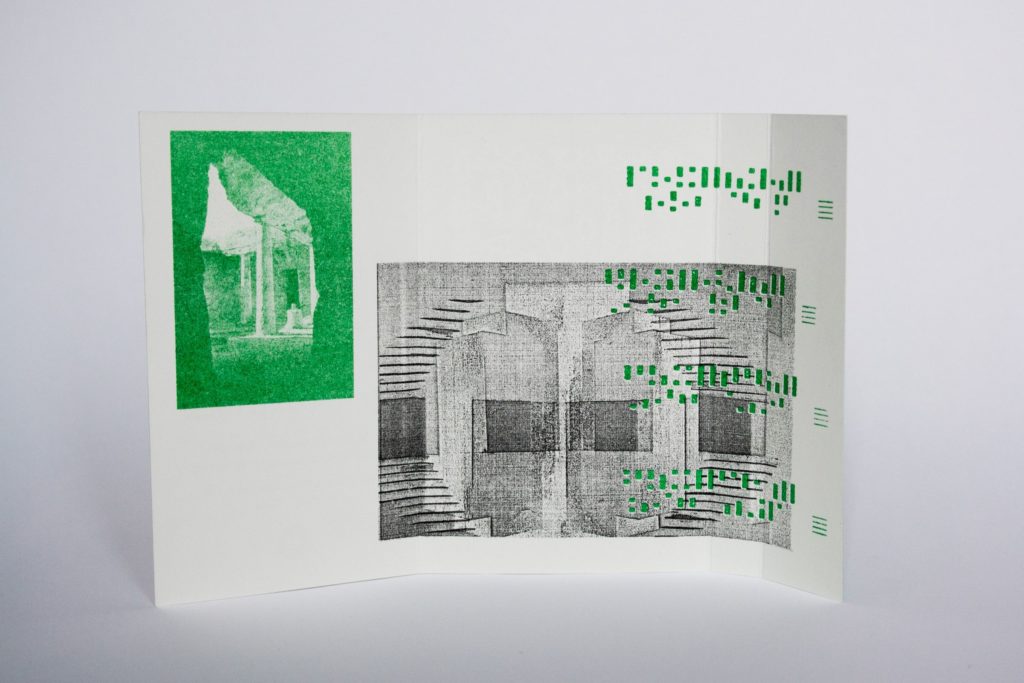 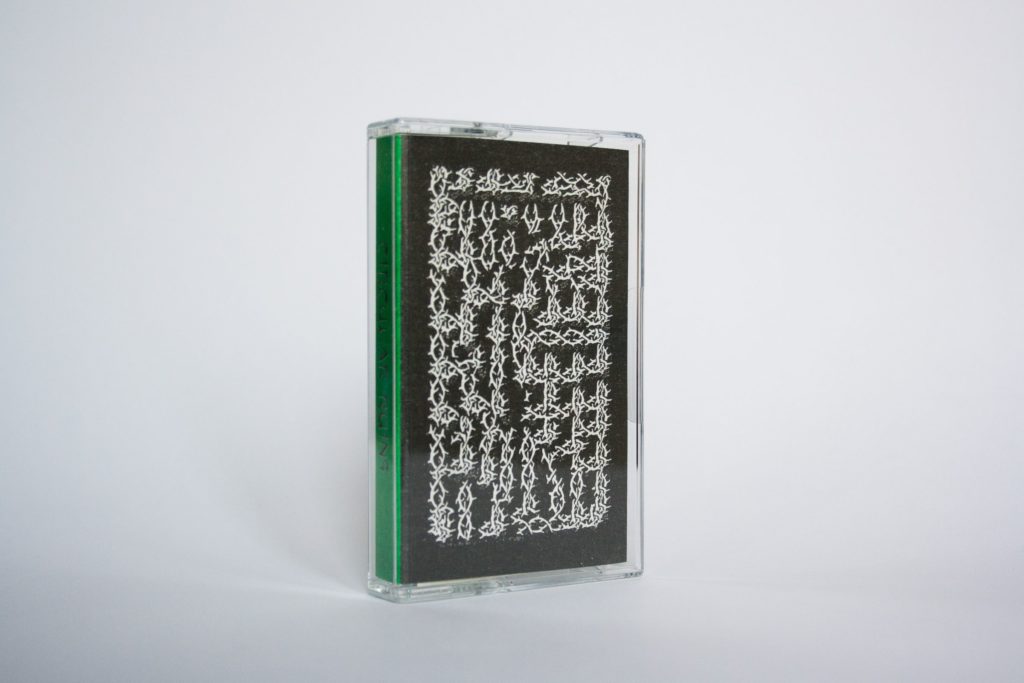 I find I personally have a different relationship to tapes than I did growing up – a bit like seeing your childhood home for the first time after some years. You both feel some nostalgia and some new perspective. What has the cassette experience been like for you? Apart from the novelty factor, how do you feel about the resulting object?

Releasing on cassette has actually never been so novel for me. Before I got into electronic music, I was involved in punk / hardcore music, where tapes always kept their place. It was/is very common for bands to release their first records on tape, so for me it was always a natural way to release music. But I guess besides that, in this digital age, when music is so easy to share, it’s nice to have a physical object that you can hold and collect and trade. I design the artwork myself, and work closely together with a (riso)printing studio here in Berlin. It’s a nice cost-effective and fast alternative to vinyl — although vinyl would still be much preferred, of course.

You’re I think deeply connected with some underground strains here. I think it’s also interesting that there’s this alternative community coming back around cassettes. So there’s music that’s really again about one-to-one personal connections, about stuff you’ve gotten for friends. What music is inspiring you that you’ve gotten outside the usual, larger channels? How are you locating and connecting with that music?

I think this is a really nice thing about cassette culture actually. The community aspect of it. A lot of the stuff I come across mostly comes from sharing music with friends, following certain labels, picking up music at show or shops. Besides that, YouTube and SoundCloud are a great resource. So much strange old stuff to find on YouTube!

Any listening to recommend for us?
I’ve been listening a lot to this old tape by Solar Lodge, “Heartbeat of the Roses” from the late 80’s which is really great. Also really looking forward to Caterina Barbieri’s double LP on Important Records. 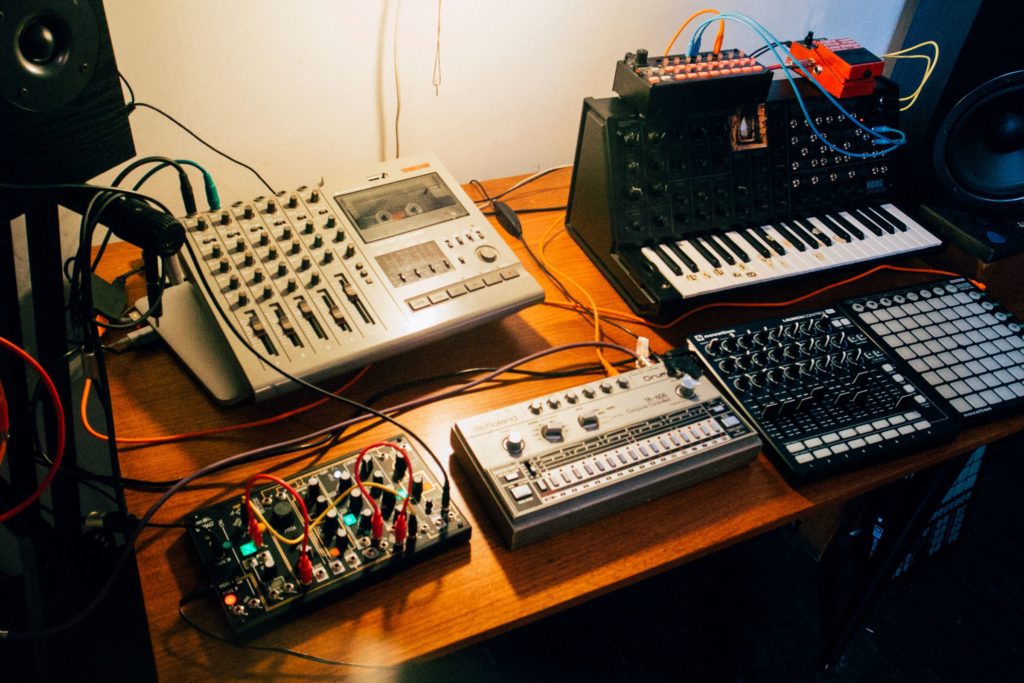 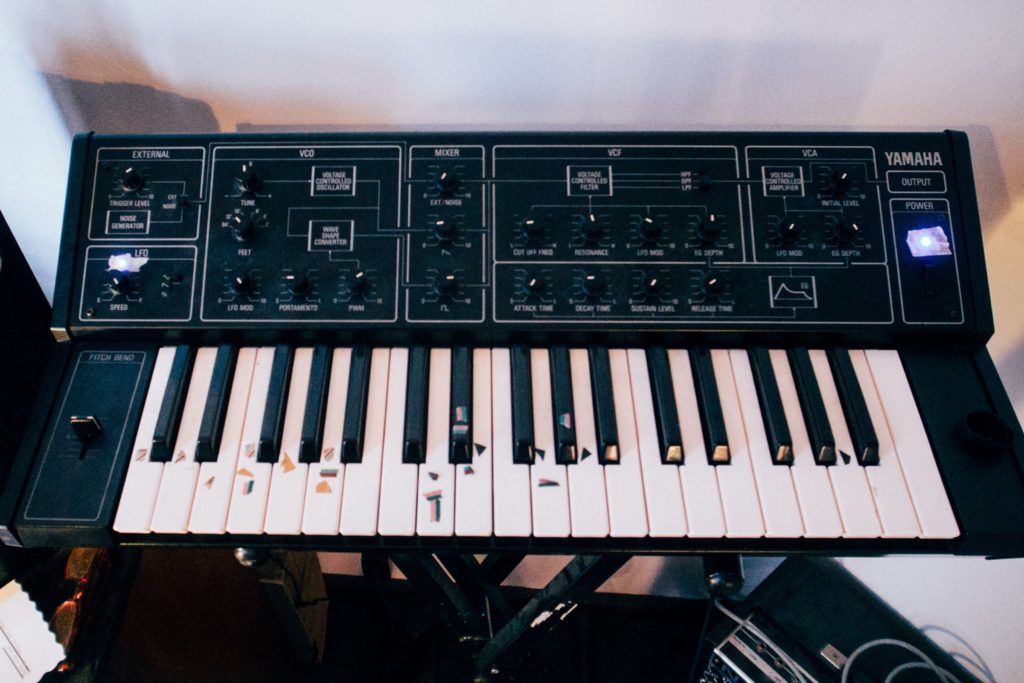 Thanks, Marijn! Check out more from the terrific Portals Editions:

And the last record — erm, tape:

(Oh, and — as for the site, there’s something new coming, which explains why we haven’t been so responsive to bug reports. It gets better – that’s on us. We appreciate having Marijn’s vision to guide us there.)

Our recommendation: if you follow artists you care about, be sure not to just click ‘like’ but choose Edit Notifications from the dropdown. Otherwise, Facebook’s algorithm will most likely never show you musical content without the artist paying. This creates an artificial class system in music, where artists who can pay for attention get more attention.

That $329 iPad looks like an affordable music app machine