Ableton Live is going 64-bit only – so what does that mean?

Later this year, Ableton Live will only be available in a 64-bit version. But what does that mean for you?

This is a development that has some implications for Ableton Live’s compatibility, stability, the pace of features and improvements, and that question of “wait, which version am I supposed to choose on the Ableton download page?” Ableton invited CDM to their offices across town here in Berlin, to discuss the change. That has given us a chance to understand the thinking behind the decision and to help figure out what users might want to know.

But first, it’s actually worth understanding what 64-bit music software actually does.

Okay, let’s be honest, even lots of fairly tech-savvy don’t really know what these terms mean, let alone what impact they have in real-world use.

Think of phone numbers for comparison. Leave out the area code and country code, and you eventually run out of available phone numbers. But add some additional digits, and you have more available numbers – and you can call a greater number of individual people.

With 32-bit software, Ableton Live and all of its plug-ins can use only up to 4 GB of available RAM (or even less on some versions of Windows). But 64-bit software can address all of your RAM, on any computer sold today. (The theoretical limit is so high, you can’t even buy a computer that comes close to hitting the ceiling, at least for the foreseeable future.)

What does more memory mean when you’re making music?

If you have a computer with 8GB or 16GB or more of RAM, there’s some reason to want to use all of that memory. As you load big sample libraries, and add plug-ins or ReWire clients, and as your Live set grows, all of that uses up memory.

Oh, yeah, and one other thing – running out of RAM can cause a DAW to crash. You might not even know that was the cause of a crash: Live crashes, you curse, and you might not realize that the choice you made on that dropdown when you downloaded could be a factor.

Running a 64-bit DAW requires a 64-bit operating system – for Live, that’s a 64-bit version of Windows Vista or later, or Mac OS X 10.5 or later. (Microsoft has their own FAQ to help you figure out if you’ve got the right OS for 64-bit.)

64-bit DAWs also need 64-bit versions of plug-ins. Most plug-in developers have already updated their plug-ins for 64-bit, but some haven’t. (There are wrappers you can use, and these were more popular when DAWs first started to go 64-bit, but let’s not go there – especially since part of the idea here is to improve stability!)

Okay, so you need a 64-bit OS, you need to update your plug-ins, and you need to have more than 4GB of RAM for this to be useful. Back in 2012, a non-trivial population of Live users fit that description.

Years later, the picture looks different. Nearly everyone has more than 4GB of RAM, meaning they’re going to benefit from the 64-bit version of the software. And not everyone seems to be aware of that. Ableton tells us that 85% of current 32-bit Live users have more than 4GB of RAM. That means 85% of those 32-bit users are actually unable to take advantage of hardware they already own.

That tips the scales. Now Ableton Live’s user base may be better off without new 32-bit versions coming out than with them. 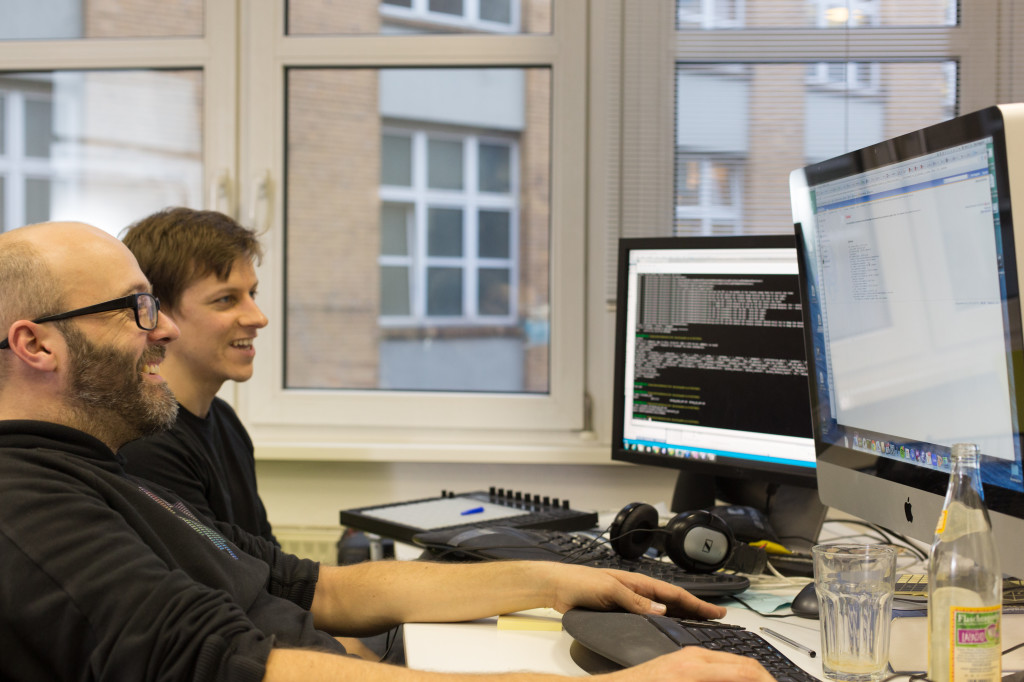 Why are these developers smiling? Going 64-bit only will make the development process faster – and the Live experience more crash-free. Also, Club Mate.

First off, nothing is changing for versions of Live up through and including Live 9.7.4. You can still download and run those older versions in their 32-bit versions. And remember that you can install more than one version of Live on the same computer, side by side. So if you’ve got a Live set that uses some old 32-bit plug-in, you can keep a 32-bit version of Live on your machine to open it.

What’s changing is, that dropdown on the download page is going away for every version starting later this year. Ableton will only develop a 64-bit version of Live and Max for Live going forward.

The downside of this is pretty simple: you won’t be able to use some old 32-bit plug-in and the latest version of Live at the same time. (Though you can still use the older Live with the older plug-in.) You’ll also need a 64-bit operating system (though on the Mac side, Apple tends to drag you along to new OSes and new hardware, anyway).

But the upsides to forcing Live users to go 64-bit when they update may be bigger than you’d expect.

Most of these crashes are as simple as Live running out of memory – not a bug, not a misbehaved plug-in, but just hitting that 3.5-4GB memory ceiling imposed by running a 32-bit version of the software. (Some may be the result of dubious old 32-bit plug-ins, too, but that’s also a reason to dump plug-ins that haven’t been updated to 64-bit.)

Fewer Live crashes overall means fewer people having to talk to support about these crashes, which is better for everybody.

Clarification: As some people in comments have pointed out, yes, if a DAW can allow a 32-bit plug-in access to 64-bit memory space, then you’d have a way around this problem. The short answer here is, the way Ableton Live’s plug-in architecture works – and, indeed, the vast majority of DAWs available today – requires a plug-in to be 64-bit native in order to use all available memory. Also, while “sandboxing” allows this, and prevents plug-ins from crashing the host, that has its own tradeoffs. (In comments, Paul Davis of Ardour and JACK fame says this approach doesn’t scale to large mixing sessions.

You’re still free to use “bridging” plug-ins for 32-bit support if you so choose; Ableton just haven’t officially supported that. 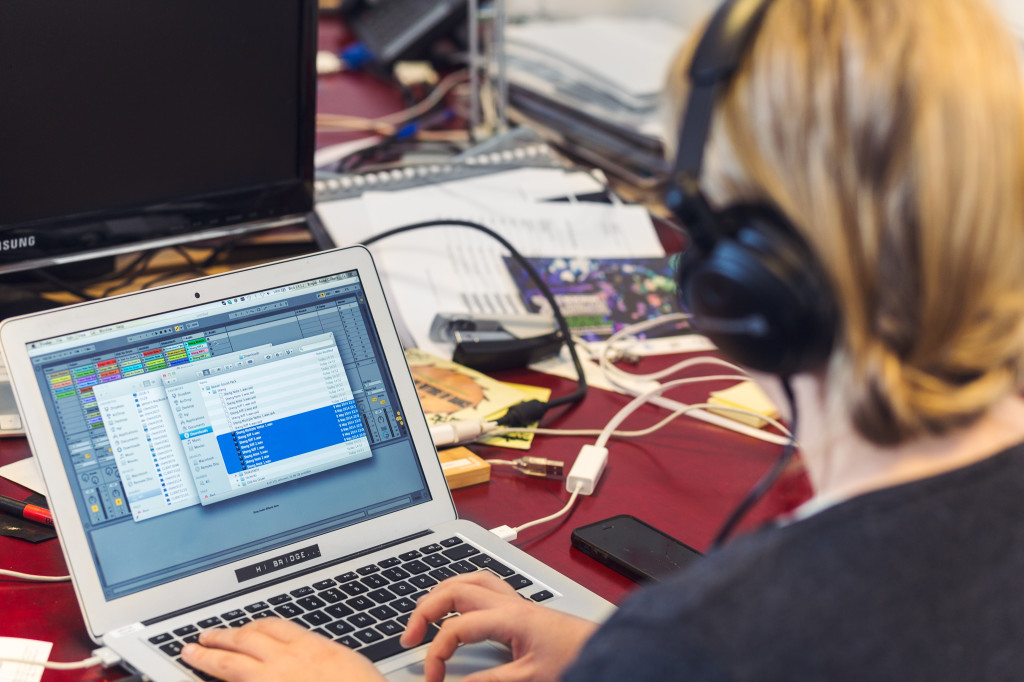 Faster updates. I also spoke with Ableton’s engineering side about why they’d want to drop 32-bit development.

Supporting both 32-bit and 64-bit versions of Live adds overhead to the entire development process. More overhead can translate to us getting fewer new features, or getting them less quickly.

That overhead impacts the time spent coding and debugging Ableton Live, not only for the humans, but also for the machines those humans rely on to do their work. When engineers make a change in Live’s code, they have to wait while servers build, test, and output the results. Even with a room full of racks of pricey, powerful computer hardware making that happen, the process takes hours, especially at peak times.

Take away the 32-bit side of things, and developers get their results faster. In practical terms, that could mean they get their change back today, instead of having to wait until coming into the office tomorrow morning. Since engineers typically like to stay focused and in the zone, that’s important.

Add everything together – supporting more use cases, more old plug-ins, dealing with more crashes, added development time to support two versions, added time to test and build two versions of the software – and you get a lot of added drag to Live’s development.

This isn’t just about making Ableton happy. Removing that drag from the process means those engineers can work on Live more efficiently. The upshot for us is, we get more the stuff we want – fixes and new features.

What you need to do

It may actually have taken more time to read this article than it will to make the leap to 64-bit Ableton Live use. But hopefully it gives you some notion of what’s going on in the world of the people making the software we use.

For your part, assuming you aren’t already running the 64-bit Ableton Live, here’s what to consider:

On Windows, you might want to double-check you have the 64-bit version of the OS installed. (Click your Start button, right-click Computer, click Properties. Under System, you’ll see which version of Windows you’re running.)

As far as checking your plug-ins, Ableton have some resources on the topic:

Recommendations for using AU and VST plug-ins on Mac

Since 32-bit plug-ins don’t show up in the 64-bit version, the easiest way to check compatibility is to launch the 64-bit version and see if the plug-in disappears. (Don’t laugh – this really is the easiest method. I recognize it’s not optimal, but it seems at the moment there’s not an easier way to do this in most DAWs on Windows or Mac, either one.) If it’s invisible, odds are you need to go to the developer and download a 64-bit version, if available. And as mentioned earlier, you can still keep the 32-bit Live on your hard drive if you find a plug-in that requires it.

Ableton has published a new Knowledge Base article on the change:

Live 32-bit to be discontinued

Relevant to versions from 8.4 [64-bit introduction] through now [prior to going 64-bit only], here’s Ableton’s existing FAQ:

I hope this gives you some insight into how Live works, and ideally makes your Live use more productive and crash-free. If you have any more questions, let us know.

Thanks to various engineers and product managers at Ableton who contributed to this story, particularly Alex Wiedemann (former Ableton software engineer and now head of Technical Support Berlin).

Celebrate Blade Runner with these videos on Vangelis and his sounds

Dreadbox Hades analog monosynth is yours to assemble, or not