Some of it, you’d expect: accordions, balalaikas. Some of it, you’d crave: post-Soviet electronic sounds. And some of it would surprise you: ready to play some pineapples? Meet the Russian makers at Musikmesse.

There’s now growing bi-directional interest and involvement between Europe and the Russian Federation. For all that may be happening elsewhere in trade, geopolitics, and social media, when it comes to musicians, inventors, and makers, now feels like a renaissance in exchanges between Russia and Europe.

At least in music, the thing is, there are a range of instruments, traditional and electronic, that no one else makes quite like this – partly because of the history of the country and how that’s extending to new instrumental creations.

Superbooth in Berlin is becoming the go-to European show for synths and electronic music, but Musikmesse in Frankfurt, like NAMM in the USA, focuses across new music technology and traditional instruments. And those traditional instruments remain big business. What’s interesting looking at the Russian selections is how you get a range of instrumental possibilities.

Hosted by the Russian government’s Ministry of Industry and Trade of Russia, some eight different manufacturers will show their wares. Yes, I think we’re probably not wrong when we assume these folks deal more with heavy industry and energy than they do, uh, weird stompboxes. But for once, we get the full mix. Have a look: 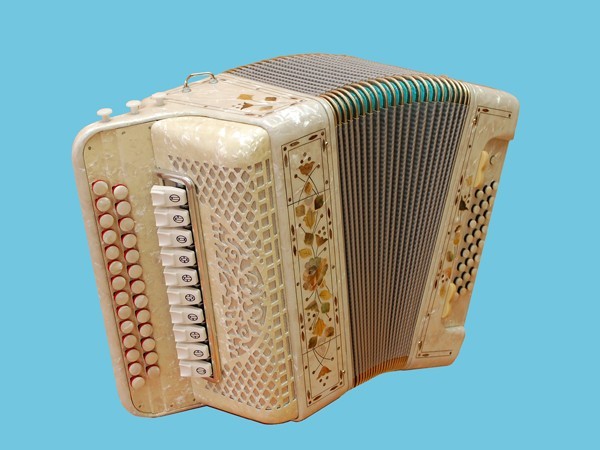 (Anyone who’s ever been to Musikmesse understands that, at this show, accordions are a big deal.) 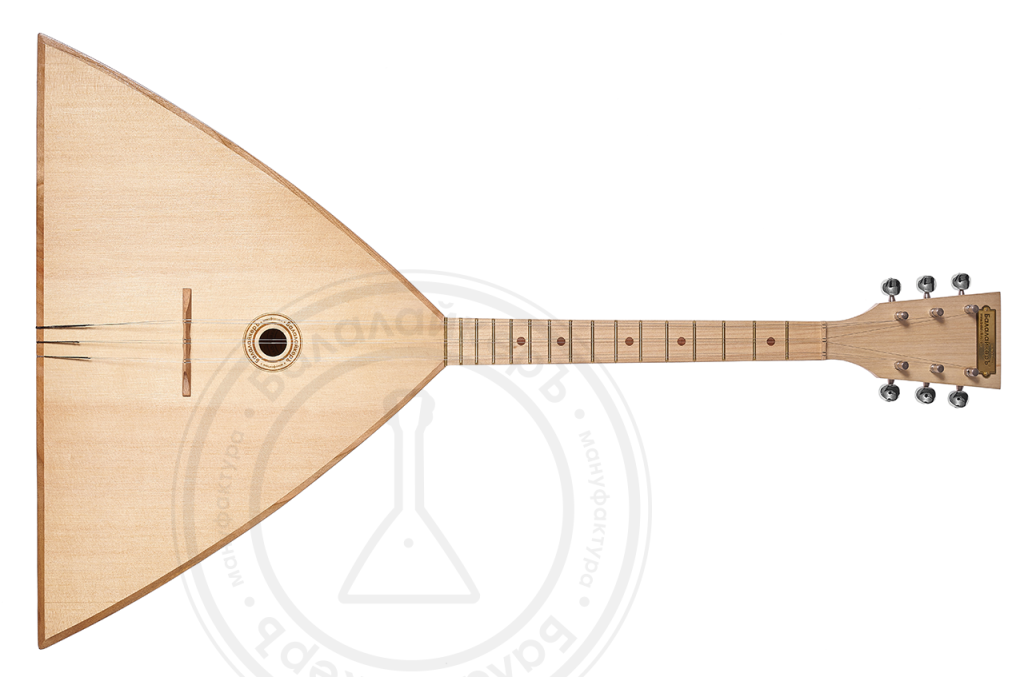 Balalaikas may be the stereotyped image people imagine when thinking of Russia, but – you’re not wrong. And some of the new instruments are simply beautiful to look at, in new designs that nonetheless withstand the demands of traditional music. Balalaiker is making both balalaika and other folks instruments. They even come in black, in case you want to work these into your techno rig.

In percussion, there’s both a Moscow drum shop (Tsimbals), plus a Russian xylophone and bell maker (Forte).

Lutner SPb exemplifies the kinds of businesses that cropped up in the 90s, post-USSR – a business founded in 1998 in St. Petersburg that has grown to regional and then national business in selling instruments. But they’re not just importing known brands from Europe, Asia, and elsewhere – they’ve also got some local brands to show, including vargans and plucked stringed instruments.

Of course, apart from folk music, Russia has long been known as a classical powerhouse. So serving those musicians (with the likes of Valentine Uryupin, Igor Butman, and others), you get wind instrument maker Atelier Goncharov.

But let’s get to electronics, before you think this CDM became Create Russian Folk Music.

In tech, the appeal of Russia is clear: it offers the rest of us the often peculiar noises of Soviet-era electronics with new innovations and engineering.

Oktava, founded in Tula in 1927 (that’s an industrial center south of Moscow), is hoping to find a wider audience for products like their studio mics. You can read about some of their history, but – imagine a Russian answer to names like AKG or Neumann or Sennheiser, but sort of rolled into one. Oktava’s studio mics are legendary. (I haven’t gotten to use any; I’m rather curious.)

I … think some CDM reader should pitch them on fixing their ancient Website, but you can take my word for it that they make respected professional headphones and microphones, along with a lot of other audio products that are less related (telephony, other audio products, hearing aids).

And yes, these are the same people with a history outfitting the Russian (and Soviet) military: 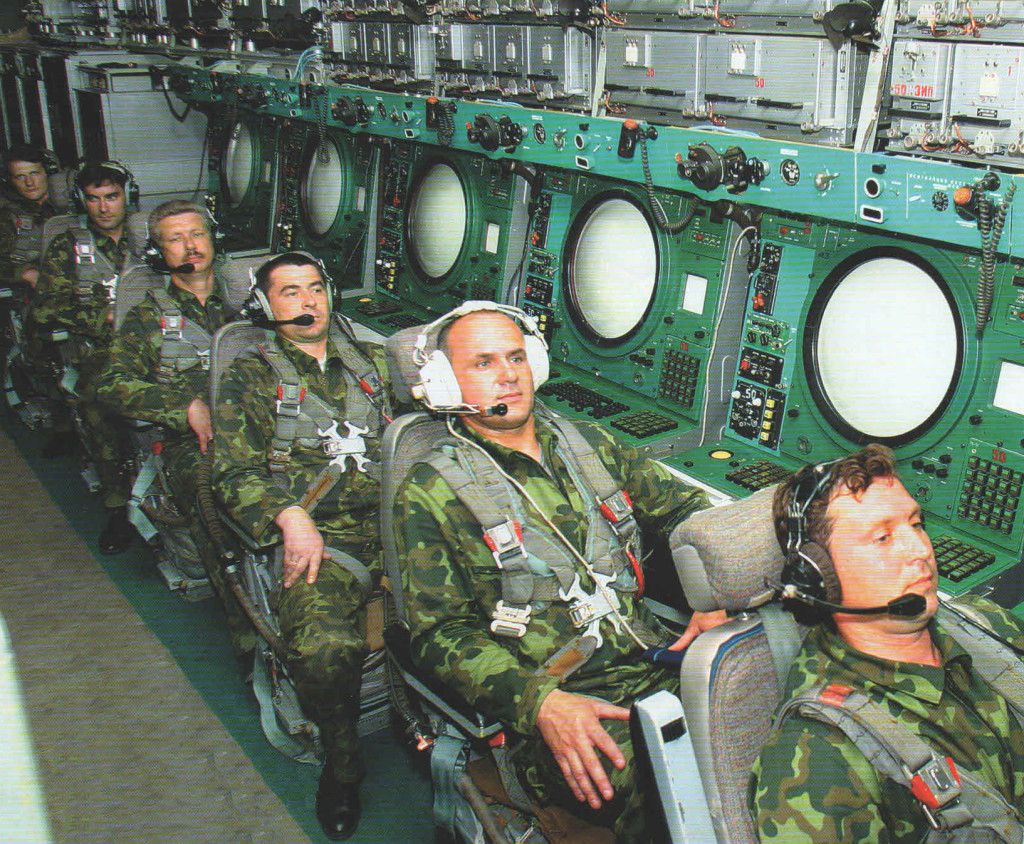 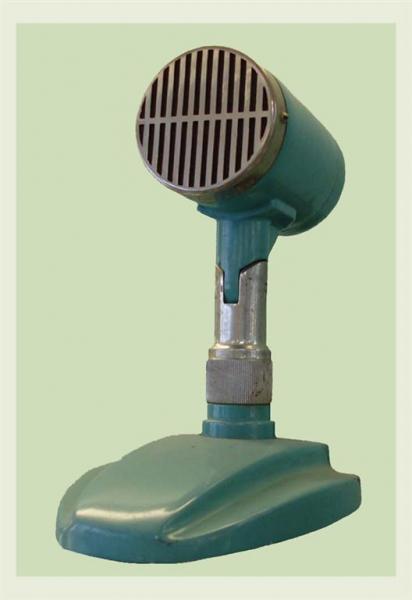 Just now, they’re making some beautiful tube, condenser, and dynamic mics for studio applications building on that history – with more modern production techniques. Good luck with their Website, but I do hear good things about the products. They’ve got their pro mics on show at Musikmesse: 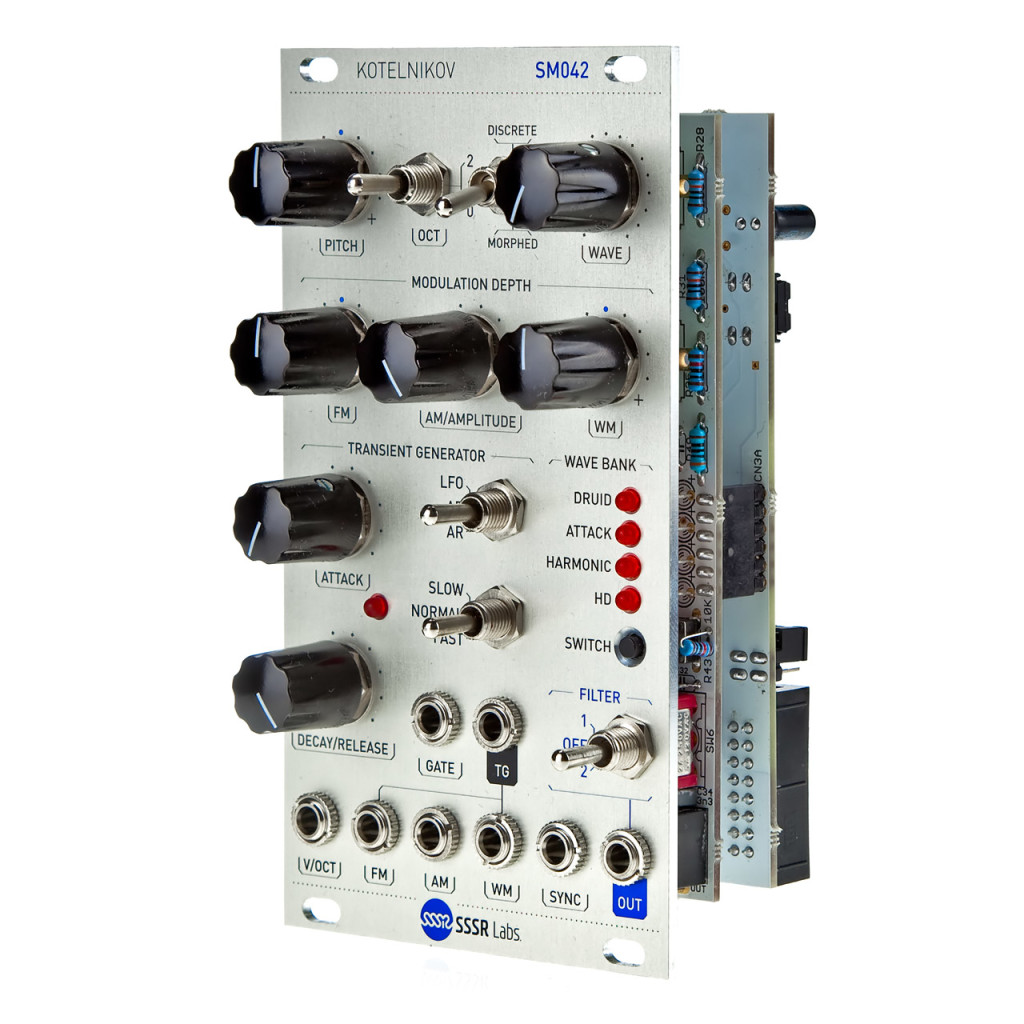 In addition to their own creations, SSSR serve as a clearinghouse for other unique modules and kits made in Russia.

And they’ve got an interesting deal if you already own one of their modules: “If you already own Kotelnikov or Matrixarchate eurorack modules, take them with you to get a FREE upgrade to the latest firmware version with audio bootloader! Valid for all units: retail and DIY builds.” (No new modules at Musikmesse, but that firmware – and 50% Russian production – is new.)

Our friends from Playtronica are also in town. In addition to unique performances and installations, they’ve been hard at work developing kits that will open up these same techniques to others – think Makey Makey for music. So their inventions Playtron and Touch Me use capacitance to turn anything – any object, any human touch – into musical interface. Other sensors cover physical interactions and motion.

Sasha Pas from the group sends CDM a spy shot, and it looks like they’re … busy with pineapples. 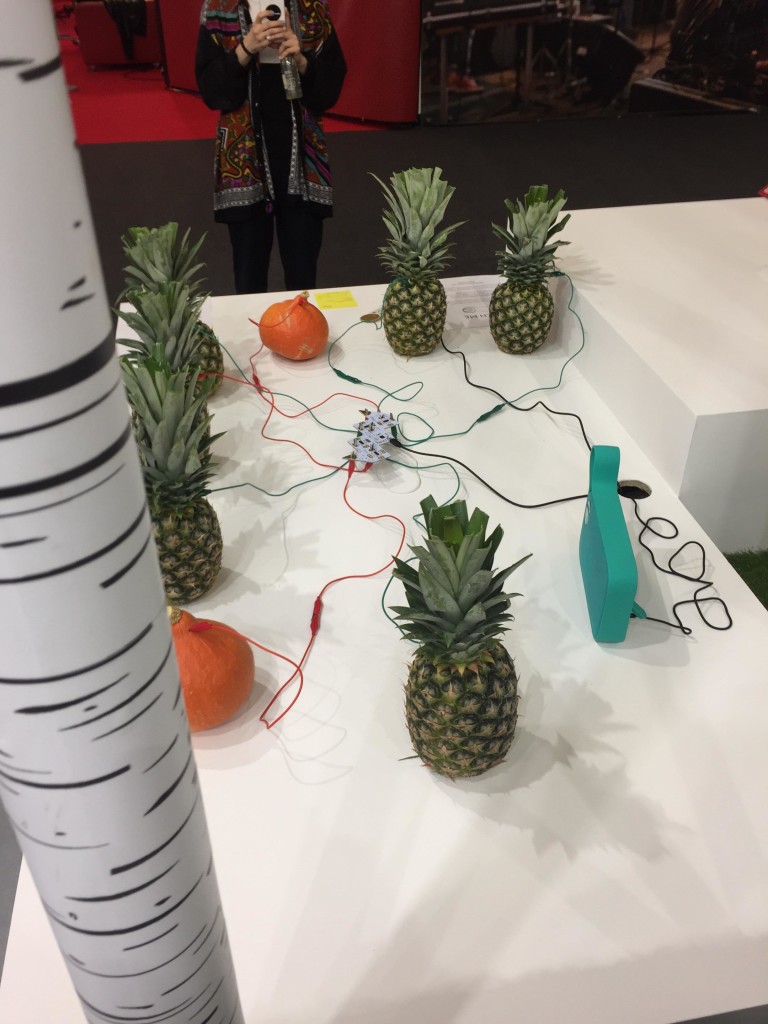 You can also catch the wonderful Jekka live tomorrow. 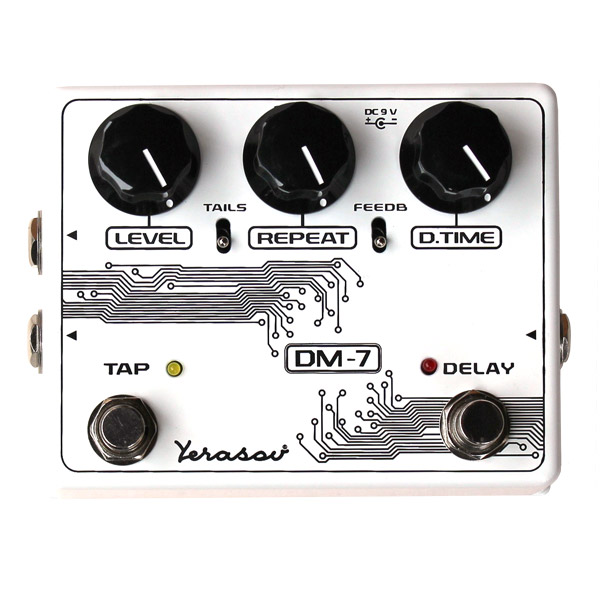 Yerasov is making a whole bunch of stuff, including amps and combos and tube heads and accessories. But what may most interest readers of CDM is their growing range of compact, interconnecting audio gear.

There’s some really unique stuff, like a parametric EQ for bass, an impulse response-based cabinet simulator, and this tap delay, plus a whole mess of effects. Color me interested.

You’ll find loads of goodies on their site (also in English):

Also in the group: cable and connector maker Shnoor (look out, Hosa and Neutrik?).

Plus there’s a company called AMT, which is also doing loads of digital-based effects and amp simulations. (At last year’s Messe, I noticed loads of this stuff — as ARM chips proliferate in mobile devices, phones, and tablets, it seems digital chips are also powering lots of cheap new guitar effects.)

AMT comes from Siberia, it seems (with the “Siberian Guitar Gear / Built to Last” presumably making us imagine sturdy-looking people in layers of fur surviving harsh winters). And they’ve got some interesting ideas, like a 4-channel WAV player for backing tracks you can control via MIDI or footswitch, called (hilariously) the EgoGig: 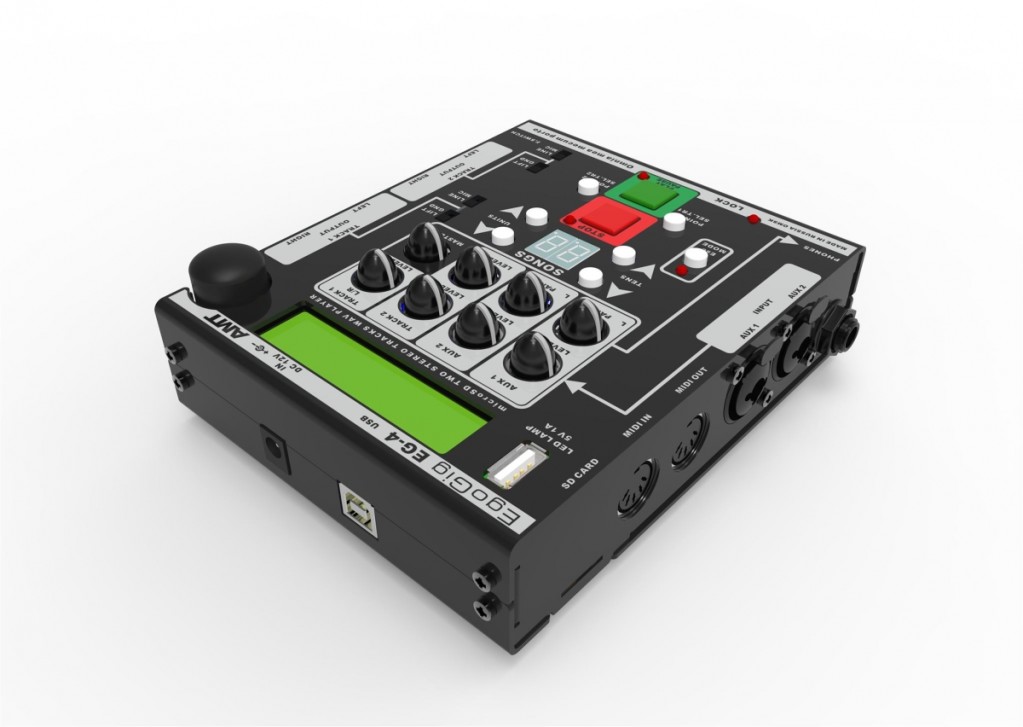 They’ve also got some useful-looking DI boxes and load boxes and re-amp stuff:

There you go – eight Russian makers you may or may not have heard of.

I’ll be partnering again this year with Synthposium in Moscow to bring you more.

If you’re at Musikmesse, you can visit the Russian exposition at hall 8 booth F66 (acoustic instruments) and in hall 4.1 booth E61 (for the electricity-powered stuff).

And I’m certainly interested in other countries’ wares, as our world of music technology becomes ever more decentralized and international. (What I will say about Russia: I notice that a lot of conversations around me even in Berlin slip to Russian as lingua franca, even without exclusively Russian people around. There’s a renaissance of invention all over what had been the former Soviet sphere, and its history, in music and culture, spans back far earlier than the 20th century.)

Now I wish I hadn’t made this so long, so someone could translate it into Russian. Oops.

Oh yeah, and you might want to free up September to come to Moscow. If you’re a nerd. And if you’ve made it this far in the article – actually, you definitely are, and you definitely should.

See you in Moscow and Berlin.

Ninja Tune are doing their own multi-delay, and it looks wild

Hardware
Roger Linn shares hidden settings and more gems from the LinnStrument
eurorackHardwaremodular
Faded Instruments has a line of candy-colored 1U tools – easy modular stocking stuffers
analoggearmodular
The latest 1U tool is a DJ-style innofader crossfader from intellijel
Hardware
The best Cyber Monday deals you can get now on synths, plug-ins, and more