It’s an analog drum machine plus bassline synth. It’s a digital drum machine with sample loading. It’s packed with live features and modulation. The coming MFB box could be … The One.

While big brands have focused on digital machines (or even software/hardware combos), MFB out of Berlin are the little boutique brand who have come out with a steady stream of analog boxes that are nonetheless compact and accessibly priced. And it’s not so much the fact that they have analog circuitry inside them as the fact that they’re different. Those drum timbres will hammer through your music when called upon, just like the Roland classics and whatnot, but they also sound distinctive. And with so much music already made on the well-known machines, different is good.

That said, for all the lovely sounds packed into any of these boxes, they all fell a little short of “must-have” – great-sounding but a bit fiddly and more focused on sound than performance features and sequencing. Then there was the confusing availability of two similar compact boxes, the Tanzmaus and Tanzbär Lite, alongside the Tanzbär flagship which was also … a bit similar to the other two. 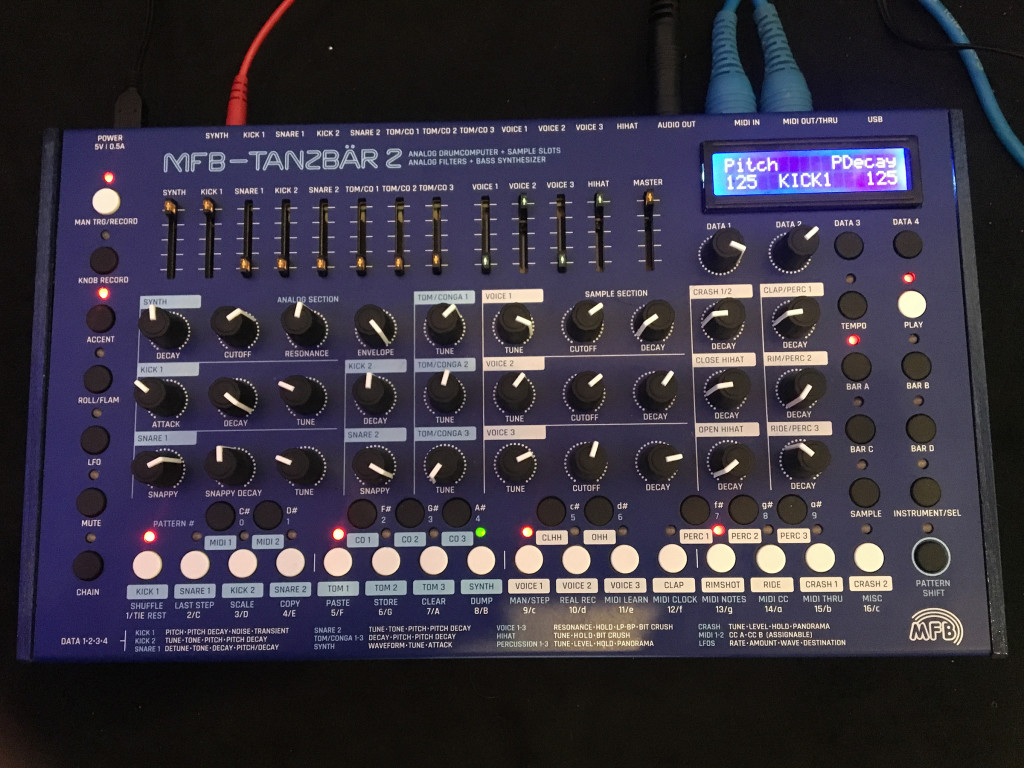 Well, forget all that: because even in prototype form, the Tanzbär-2 is a whole new beast. If Roland’s TR-8S and Elektron Digitakt look poised to be the live drum machines for the mainstream, then the MFB might be the best boutique rival.

Or to put it another way – plug this thing in, and you can jam like a crazy person, with bassline and drums all ready to go.

Highlights (there’s no press release so … I’m doing this from memory):

A built-in bass synth that sounds totally brilliant, with internal melodic programming
Analog drum parts, plus digital drum parts (hey, it worked for the 909)
Sample loading, via MIDI dump or over USB, so you can load your own samples
Tons of front panel parameters for hands-on control of both the analog and digital sections’ parts
Dedicated faders for all the parts’ volumes
Two additional parameters for each part (accessed by the screen)
An LFO you can route to absolutely anything
Step sequencer, with per-step parameter automation
Separate outs for each part

And it’s really compact, too – not exactly lightweight (though that’s okay when you’re jamming hard on it), but easily slipped into a bag with a small footprint.

Really the only missing feature is, there aren’t internal effects … but that would complicate the design, and it does have separate outs. 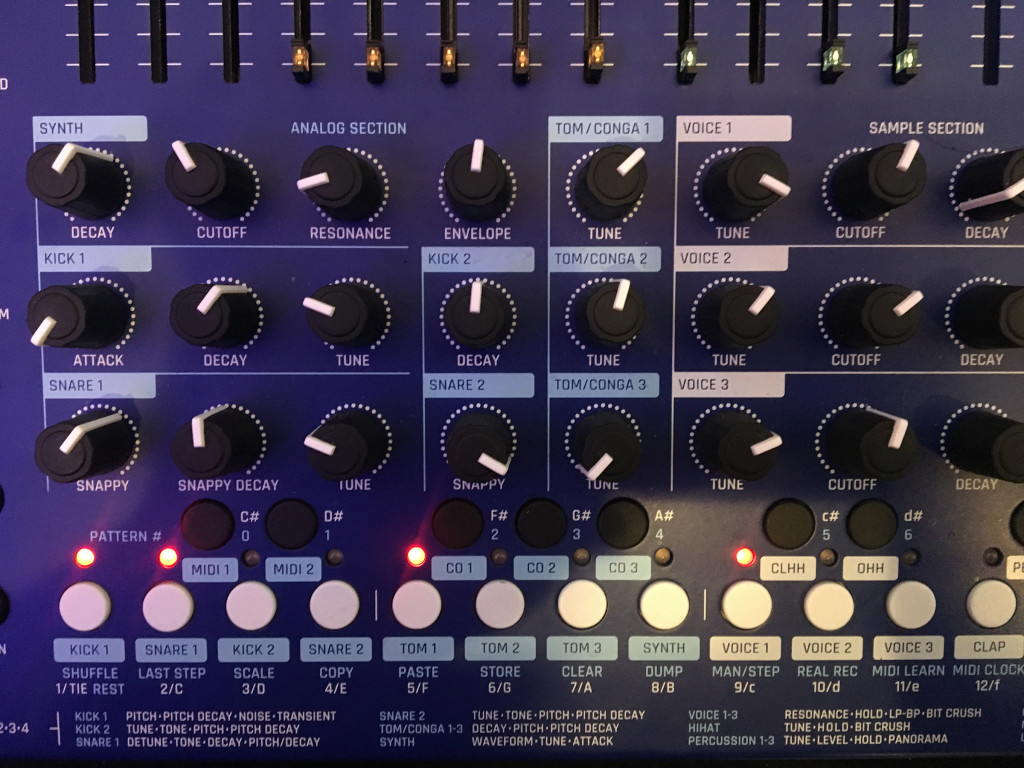 The TB2 is really three instruments in one. There’s a simple analog bassline synth. The analog percussion section houses kicks, toms, congas, and snares. And then a digital section handles hats and additional percussion – or load your own digital samples for more choices. Sounds about perfect. 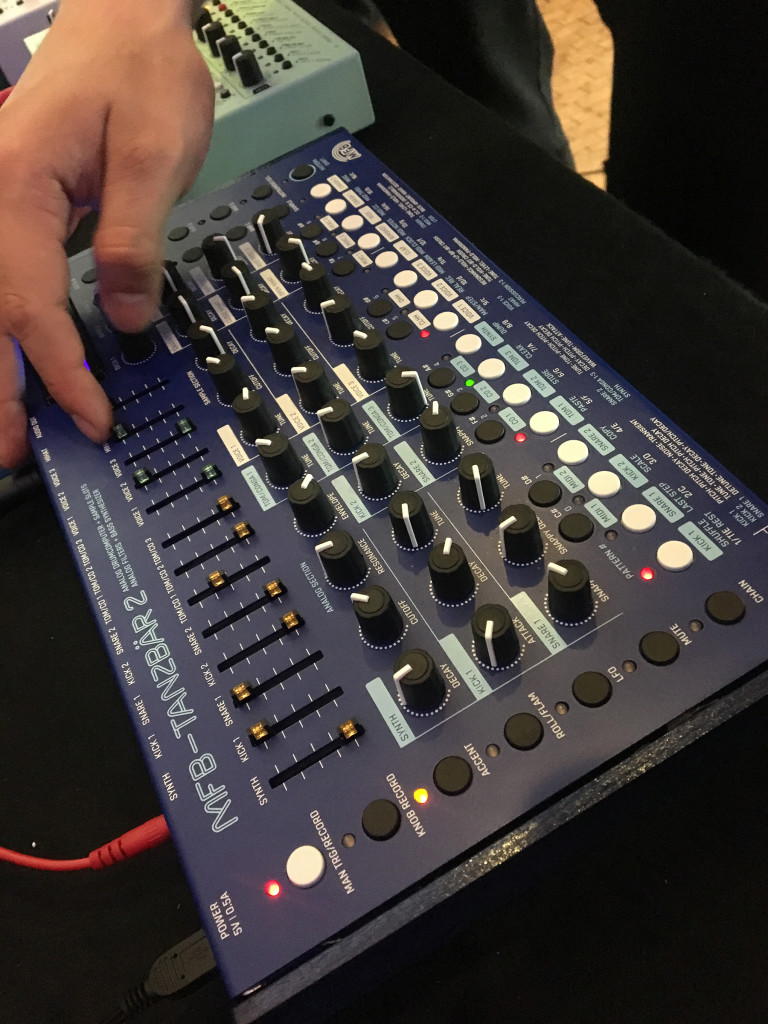 Faders! Dedicated outs! And it’s all really compact. Those knobs feel great, too, if you had a more fiddly experience with older MFB gear. 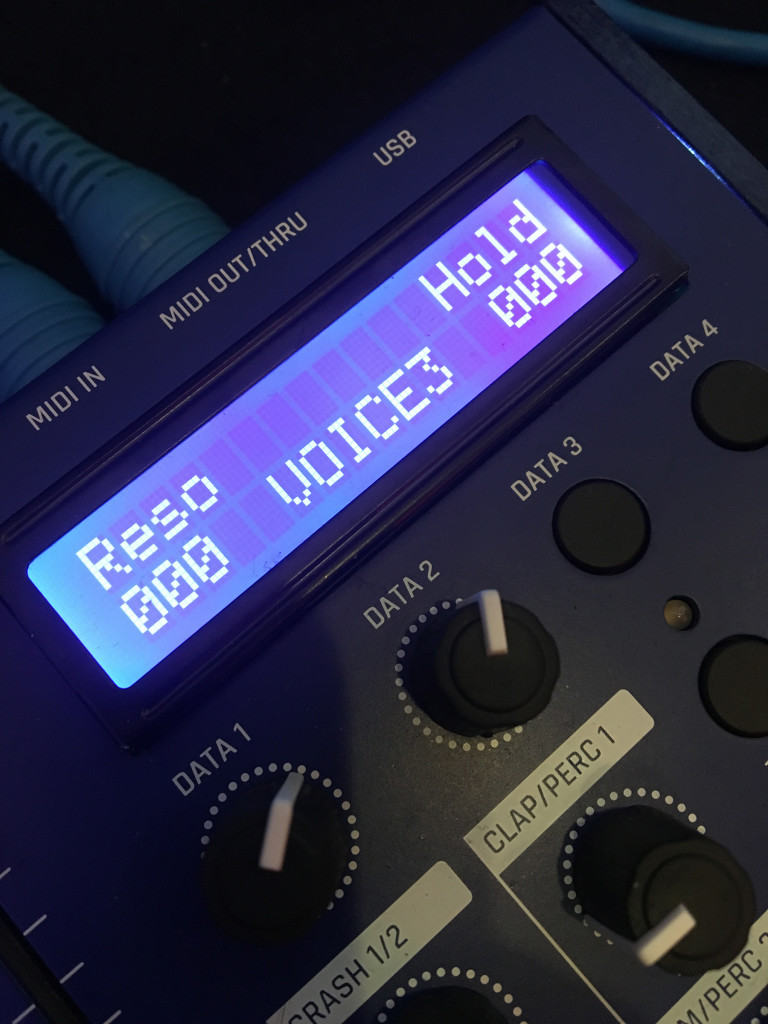 There are already a lot of parameters on the front panel, but parts also have additional parameters accessed by the two data knobs, with feedback on this display. (You’ll see some hints as to those features on the silkscreen, too.)

I’m sold. I think the fact that it includes a bassline synth internally is already great. I’ve got lots of questions, but they’re working on finishing this up this summer, so it’ll be better to make a separate trip to MFB after Superbooth. Then we can get some real sound samples without a convention going on behind us, and learn more about the details.

Cost isn’t confirmed, but they’re planning for under a grand (USD/EUR). Given you could pretty much do all your live dance sets on this box alone, that sounds good.

But wait — there’s more! MFB also new modules coming, too. Here’s a sneak peak of that: 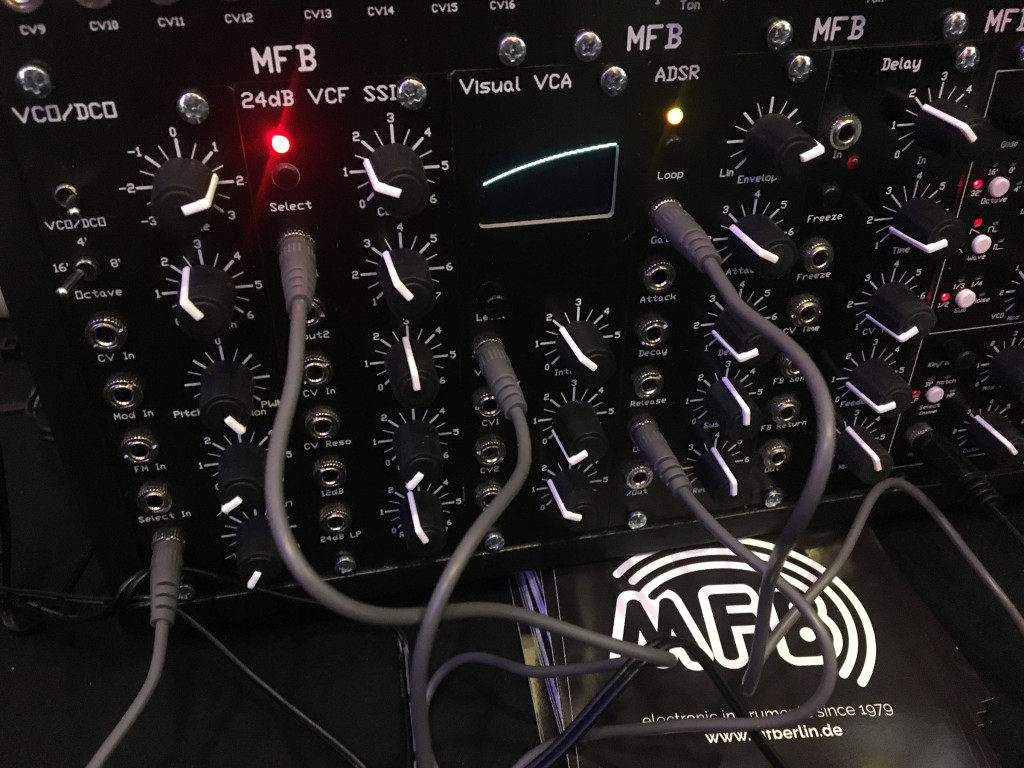