It’s equal parts Polish Radio Experimental Studio and starship control panel. The Apparatum by Warsaw’s panGenerator proves that not only can everything old is new again – maybe it’s even newer.

The Apparatum is a new installation that reboots Communist-era work from the space age, bringing visual and optical and magnetic concepts into a playful synthesizer concept. It’s the latest work from interactive/media shop panGenerator from Warsaw. 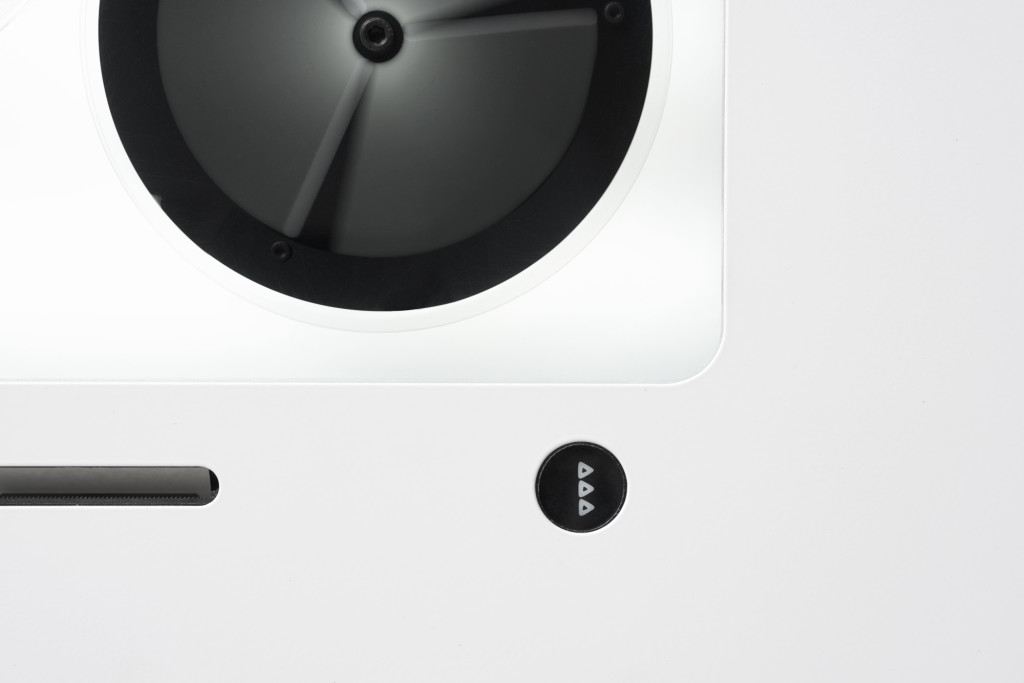 In the early adventurous work in electronic music, there was nothing to take for granted. So it makes sense that Polish pioneer Bogusław Schaeffer would imagine an entirely new visual language to accompany the new sounds humans were hearing from their circuits. His Symphony – electronic music cued the engineer with those hieroglyph-like visuals, and inspires the sounds and visual language here.

But maybe that’s what modernity is now: now that we’re no longer wowed by digital, we’re sophisticated enough to see new potential for magnetic and optical techniques that had been discarded in the march to the new. Artists/researchers like Andrey Smirnov, who delve into the world of Soviet optical synthesis and Theremin, have regularly wondered what an alternate future would be like if radical optical and electro-magnetic techniques had continued to develop. Now, in works like this (and work by artists like Derek Holzer) make that alternate reality our own. 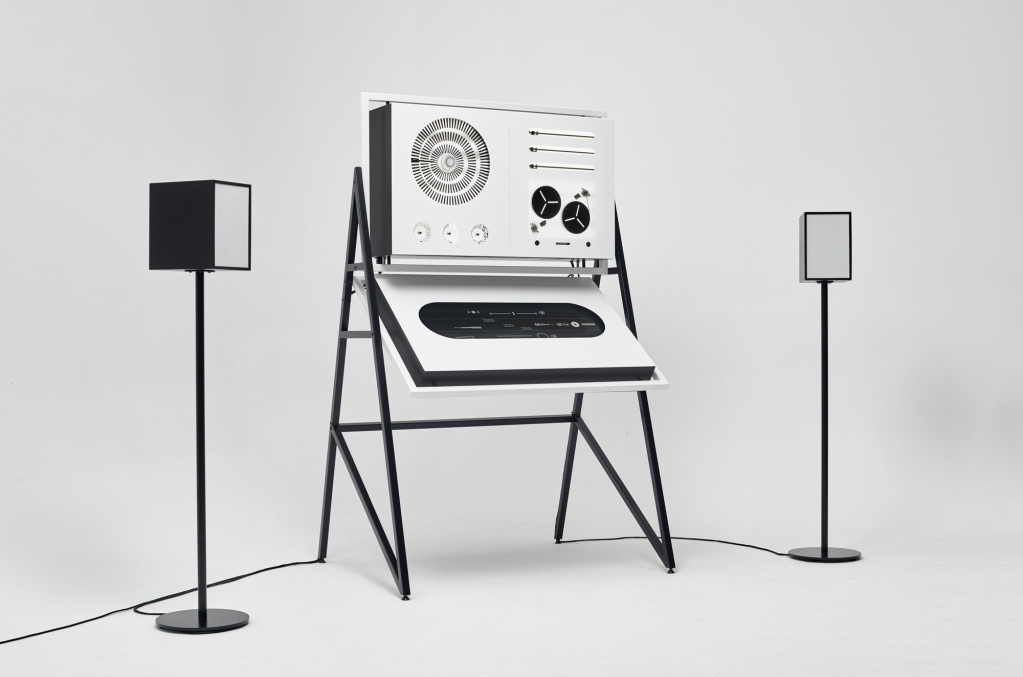 The work also draws from the design aesthetics and the engineering of the original, legendary Polish studio:

The physical form is inspired by the general aesthetics of the Studio’s famous “Black Room” designed by Oskar Hansen. The electroacoustic generators and filters were arranged in a modular fashion inside two steel frames – the construction element that we’ve referred to in our design.

This may just look like digital tech aping the original, but they’ve genuinely made a hybrid. DC motors spin discs made of plexiglass, covered in opaque black foil on one side, with an LED and photoresistor. That optical detector feeds an analog signal, fed directly to the mixer. They’re real, opto-analog oscillators.

The magnetic part is real, too. 2-3 second tape loops record samples, with variable-speed playback, on top of 3 one-shots that move the magnetic head along the tape (with in turn varies pitch). So you have digitally-controlled magnetic tape and opto-analog synthesis – a fusion of past and present tech. It takes the historical sound techniques, but produces a more accessible, dynamic interface with the computer – digital input, analog output.

And visitors to the exhibition get real recorded results, too – just as they would if they stepped into the historical electroacoustic studio. There’s a printout of the score, plus a digital record uploaded to a server. 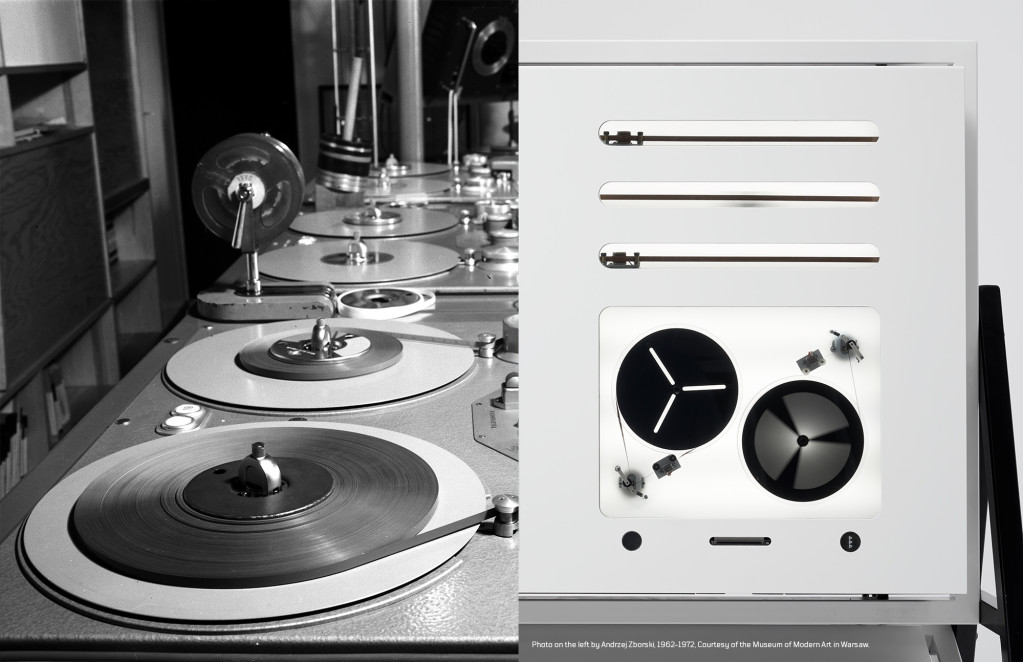 The historical use of tape is reimagined with real, digitally-controlled magnetic tape sampling. 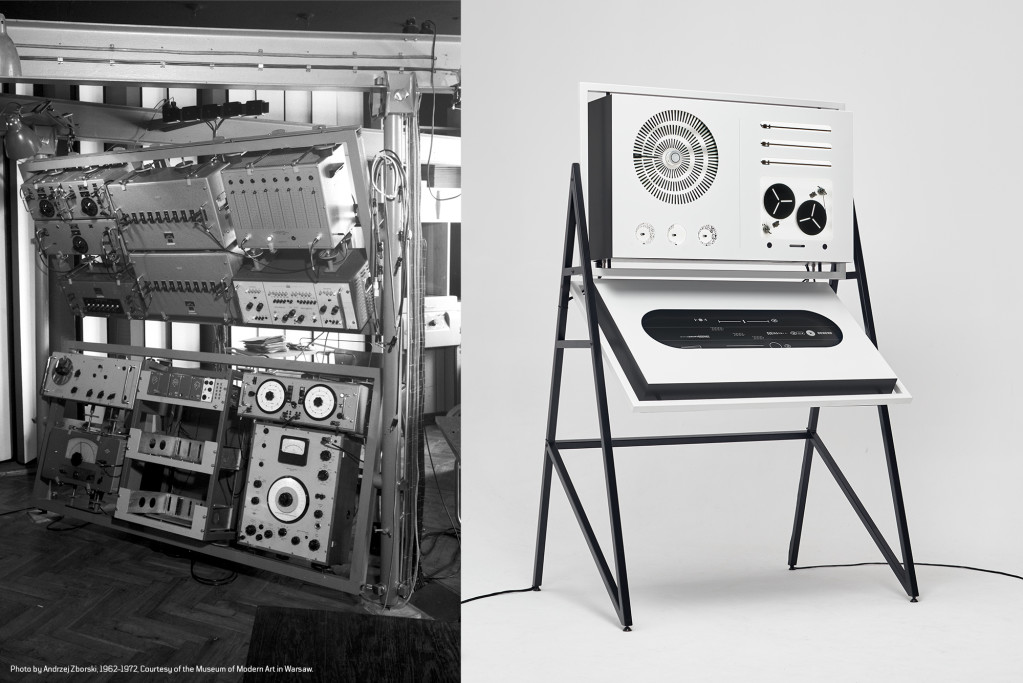 The historical gear that inspired the new invention, side by side with the results. 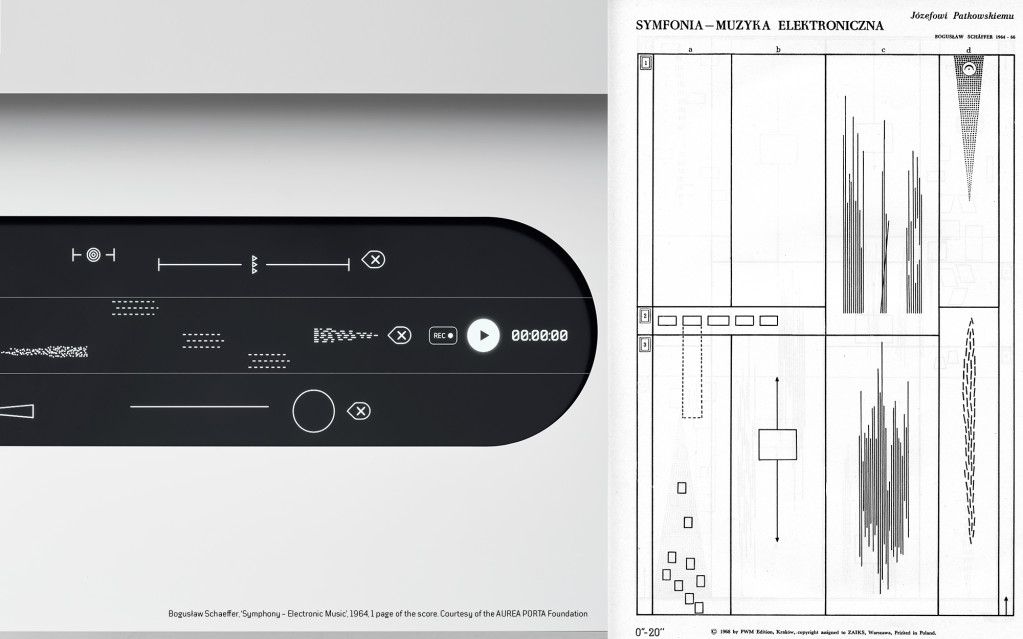 The Apparatum will make the trip this weekend to Karlsruhe, Germany, where it will accompany an exhibition on now through the start of next year on the historical Polish studio:

Through the Soundproof Curtain. The Polish Radio Experimental Studio

Apparatum is there from the 4th to the 12th:

If this has picqued your interest, you can learn a lot more about the studio in this series of articles:

And the design aspect specifically:

Now let’s check some more pr0n of the installation: 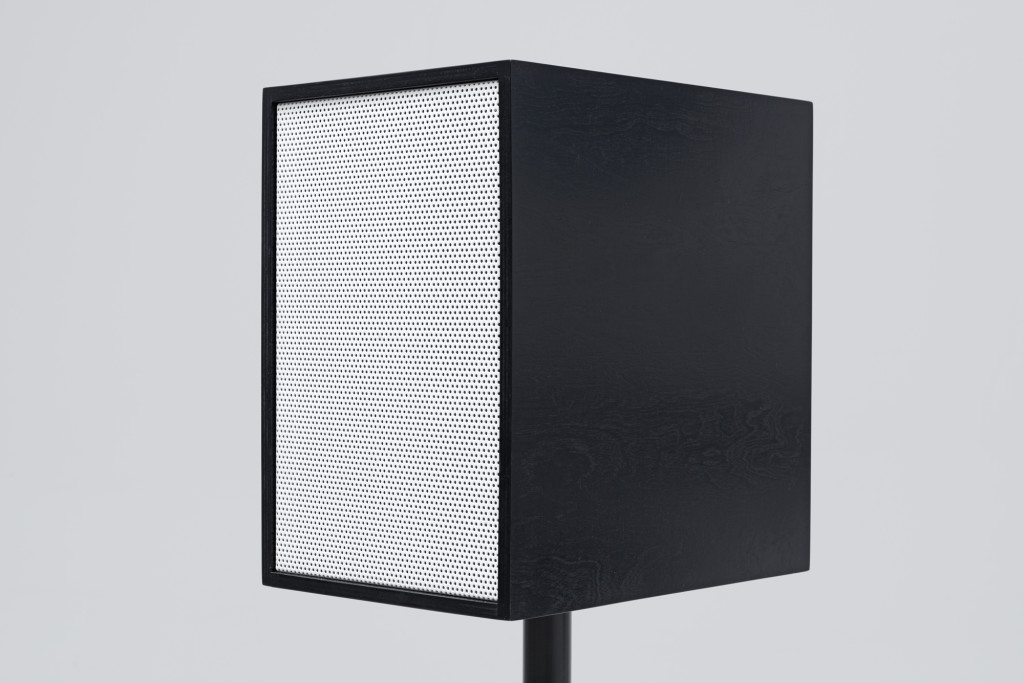 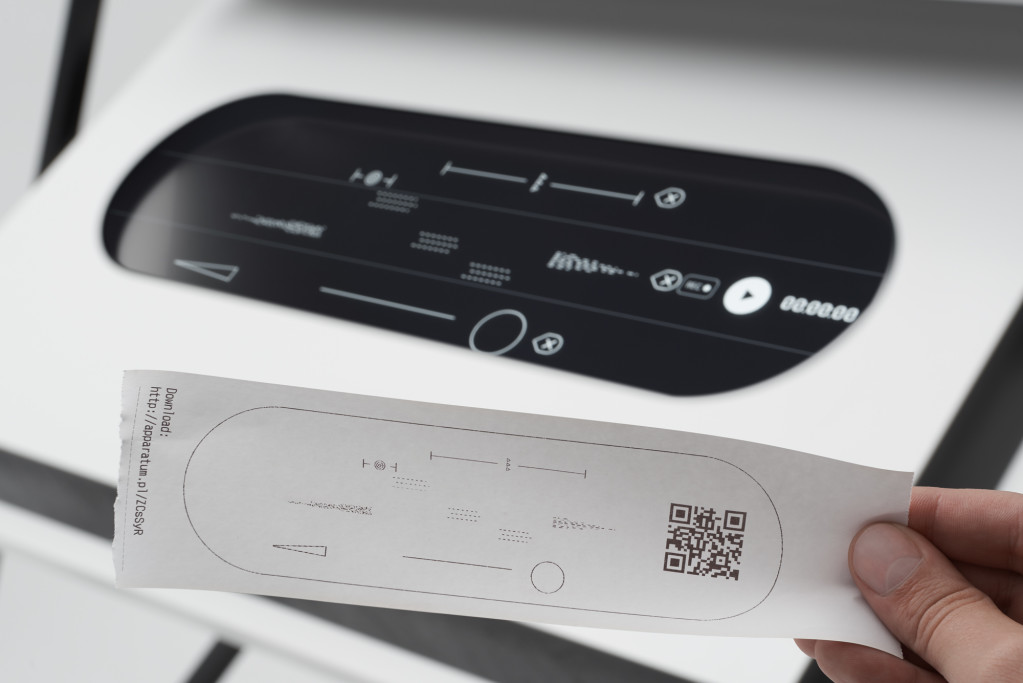 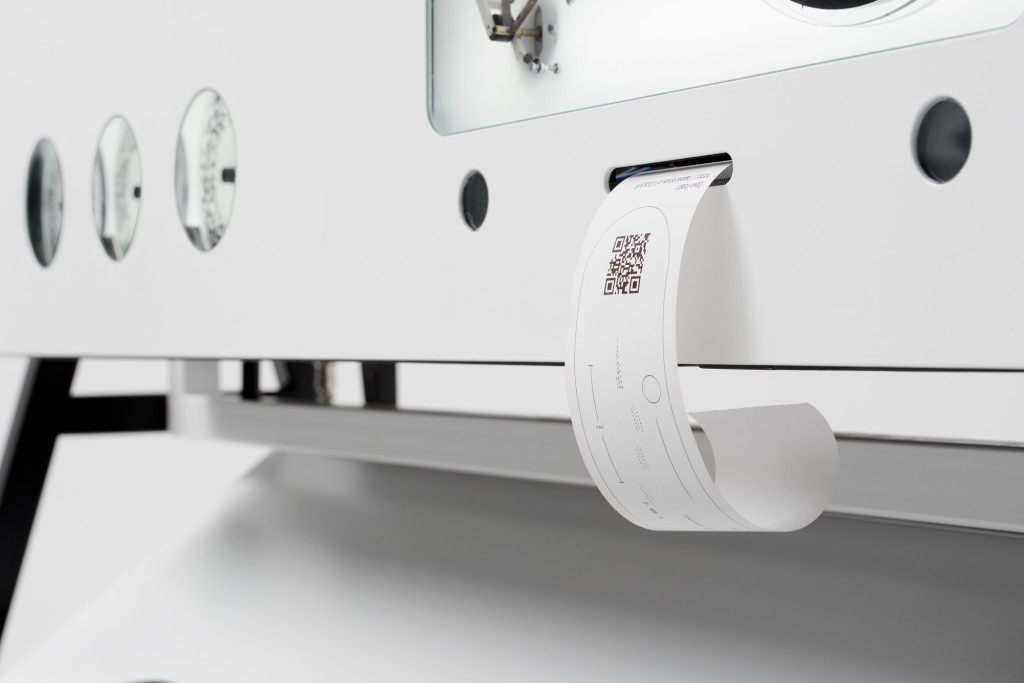 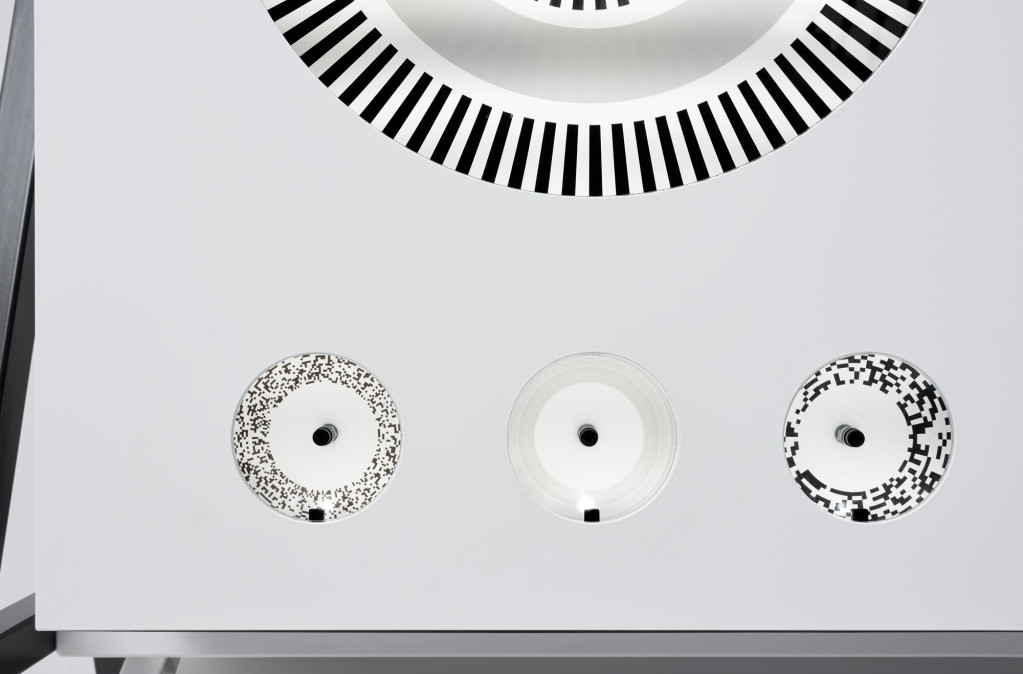 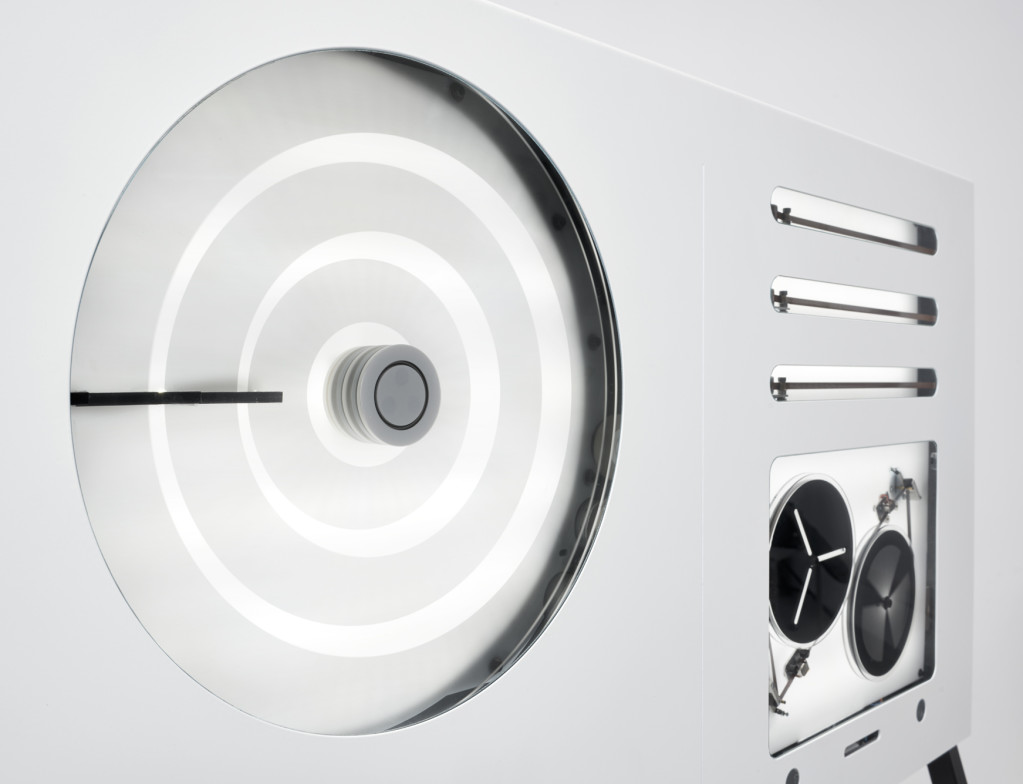 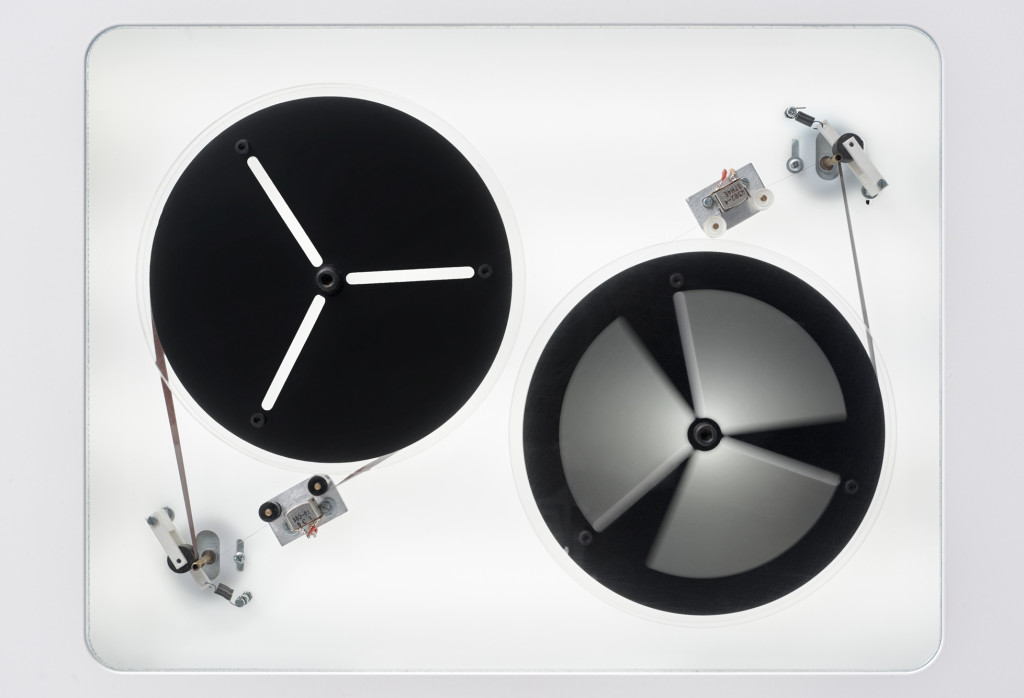 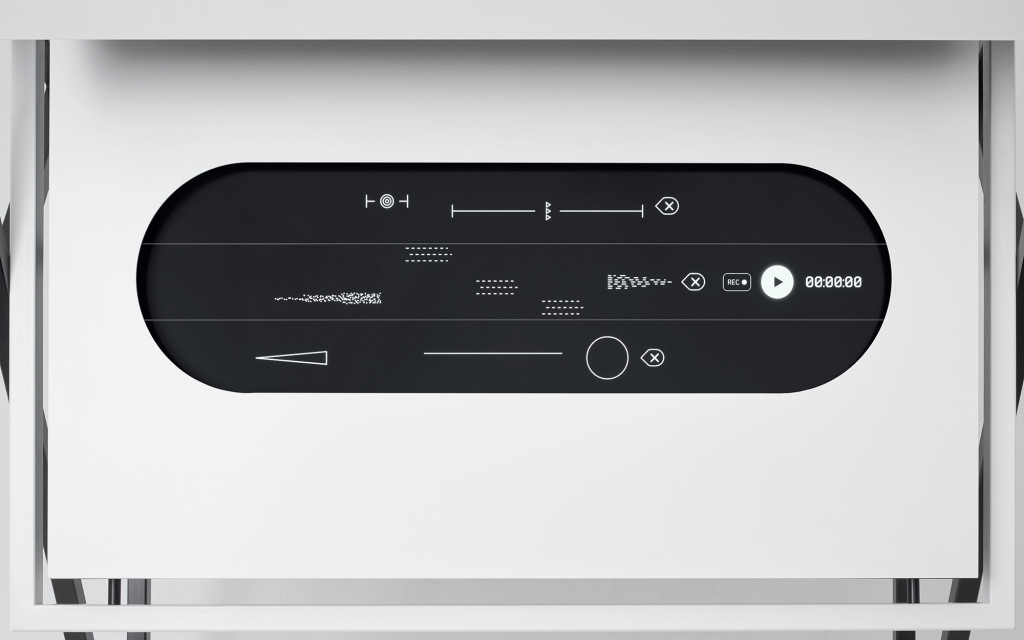 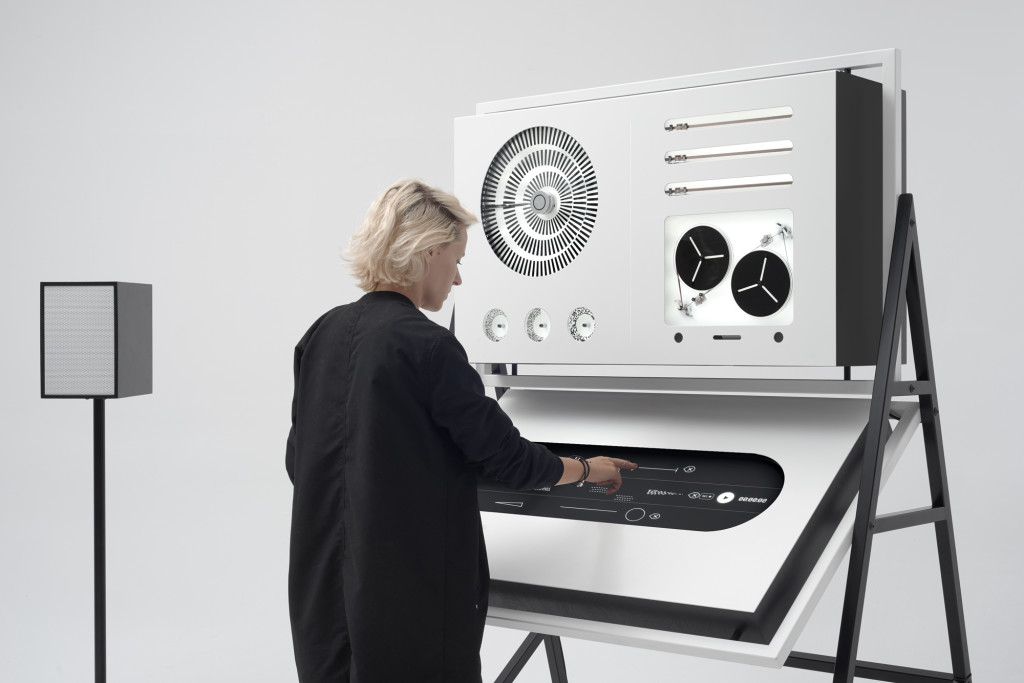 This work nicely echoes what curator Natalia Fuchs argued in our interview earlier this week – that media archaeology could lead artists to new innovations:

FEEDBOXES are autonomous sound toys that play along with you

What do you play? Berklee adds electronic digital instrument program

The mixing powers in MOTU audio interfaces are now on iOS, Android