It’s easy to forget if we get too deep into hero worship and seriousness, but real creativity is fun and boundless. So nothing energizes like talking to people like Alan Oldham, the multidisciplinary Detroit techno artist.

Oldham, sometimes DJing as DJ T-1000, had a multifaceted series of roles in techno. So he’s served in Underground Resistance – including as “Minister of Information.” He did artwork for Derrik May’s legendary Transmat label. He’s a comic artist as well as a producer, savvy enough to interact with the art market and not only the music industry. A lot of us in the USA got our first introduction to techno and the full story behind it through his story “Fast Forward” on National Public Radio. But then, in this age of overabundant production, we need those kind of voices now more than ever – people who can narrate what’s happening in music, DJs in the club sense and DJs in the radio sense.

Meanwhile, as CDM finds its evolved voice this year, I got to invite Alan (now a Berlin transplant) to talk about his process, to jam a little, and to chat about music, aesthetics, and futurism.

Alan is a big Native Instruments Maschine fan, and it’s nice to see how the MPC and other hardware workflows have made the transition to the computer age. I think immediacy is important to tapping into that creativity.

Off camera, it was also great that Alan got to hang out with our other guests, HRTL and Oliver Torr and their live project Windowlickerz. Growing up in Detroit, meet growing up in Czech Republic. 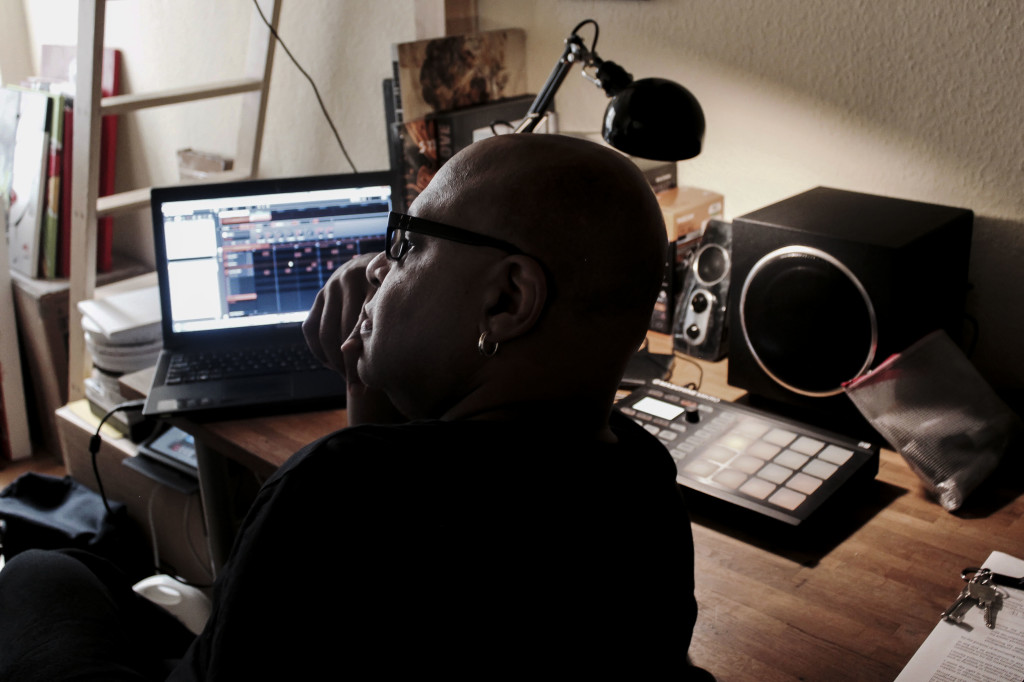 Alan Oldham in the studio. 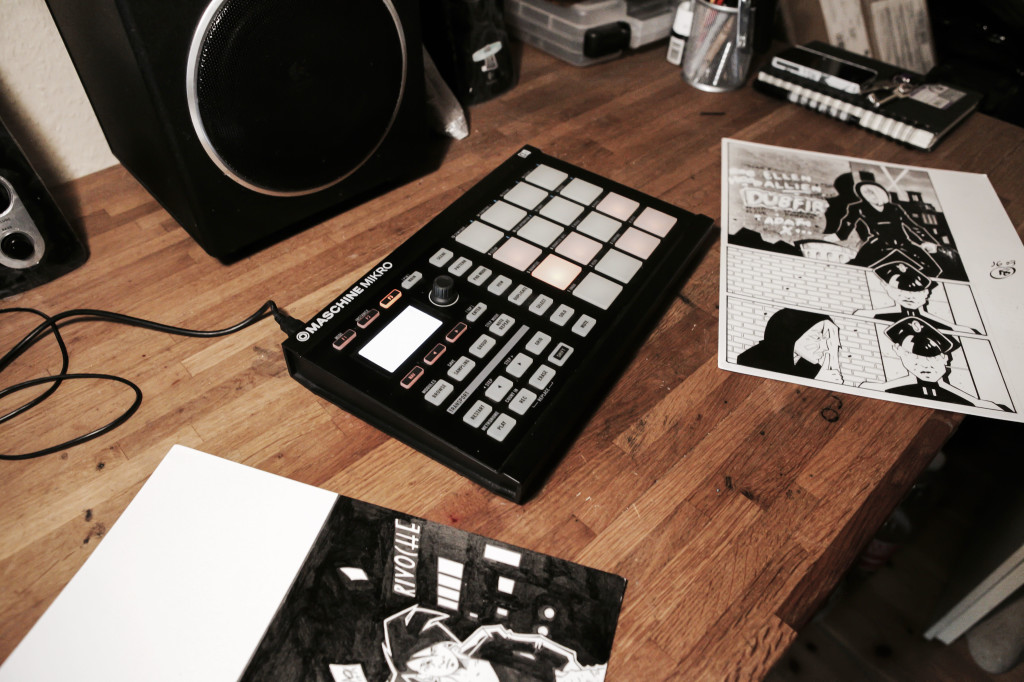 Since January, Alan has been busy, in the studio and in the club (as well as continuing his visual art work). Message Discipline is the EP dropping in October on Pure Sonik Records.. The timbres, the tech are decidedly future-looking, not nostalgic. But as a lot of techno gets cold and clinical, overthought, or overly … well, dreary (not that there’s anything necessarily wrong with that) — this is none of those things. It’s “up,” as Alan says. Maybe it’s hard to find words for that funky, groovy feeling because it’s better to describe it me moving my body around than it is just wiggling my fingers over the computer keyboard.

You know you’re in for something special when you’re dancing around to the damned excerpts on SoundCloud. Tell me I’m wrong:

Even that last cut swings, like a nice makeout slow dance. And the title track sounds ready to blast into orbit to some, uh, really sexy space lounge, I would imagine.

Message Discipline is all bangers, but for a more tripped-out experience, DetroitRocketScience is the ticket:

Alan and Ellen Allien can often be caught side by side, so expect more on Ellen’s BPitch Control, like this excellent remix:

He’s also got a great remix of Sky Deep’s “In This,” but looks like I can’t share that – take my word for it.

Now who wants to don an Andy Warhol wig and dance around a bit? Yeah? Have a great weekend, y’all.

Related – in summer 2011, Wax Poetics provided us with this article they ran exploring early Detroit techno history, and even talked to Alan. of course, now you meet the Detroit artists in Berlin.

Watch this $30 kit turn into all these other synthesizers