For years, manufacturers have been substituting small minijack connectors for MIDI – but there wasn’t any official word on how to do that, or how to wire them. That changes now, as these space saving connections get official.

Our story so far:

MIDI, the de facto standard first introduced in the early 1980s, specifies a really big physical connector. That’ll be the 5-pin DIN connection, named for the earlier German standard connector, one that once served other serial connections but nowadays is seen more or less exclusively on MIDI devices. It’s rugged. It’s time tested. It’s … too big to fit in a lot of smaller housings.

So, manufacturers have solved the problem by substituting 3.5mm “minijack” connections and providing adapters in the box. Here’s the problem: since there wasn’t a standard, no one knew which way to wire them. A jack connection is called TRS because it has three electrical points – tip, ring, and sleeve. There are three necessary electrical connections for MIDI. And sure enough, not everyone did it the same way.

In the summer of 2015, I had been talking to a handful of people interested in getting some kind of convention:

That in turn was based on a 2011 forum discussion of people making their own adapters.

Some manufacturers even used that diagram as the basis for their own wiring, but since no one was really checking with anyone else, two half-standards emerged. KORG, Akai, and others did it one way … Novation, Arturia, and ilk did it another.

The good news is, we now have an official standard from the MIDI Manufacturers Association (MMA). The bad news is, there can be only one – the KORG standard beat out the Arturia one, so sorry, BeatStep Pro. 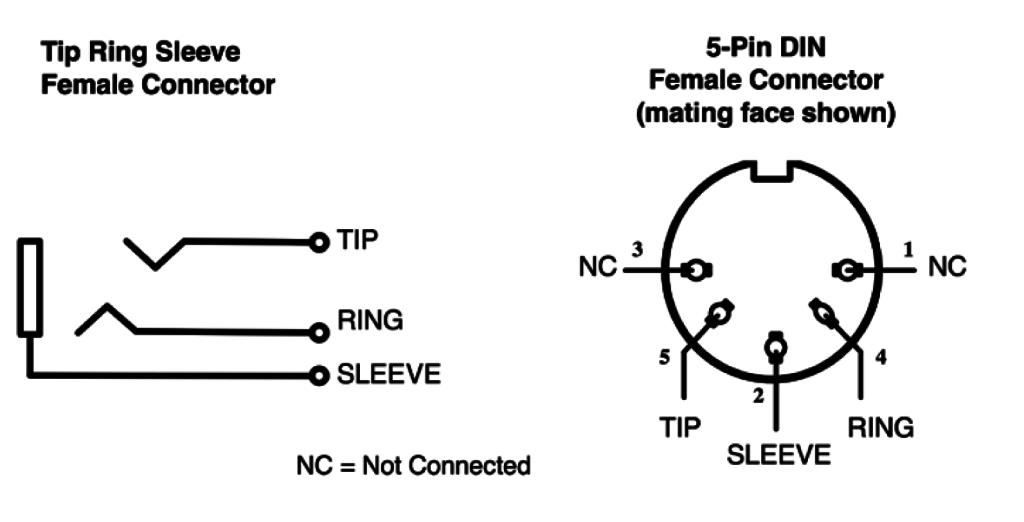 Wiring diagram. The “mating face” is also what I put on when I start a flirtatious conversation about TRS wiring.

That said, now that there is a standard, you could certainly wire up an adapter.

The recommendation document here isn’t specifying a required size – any TRS jack will do. In the past, that’s been 3.5mm minijack. But to avoid confusion, here the document calls for 2.5mm — far less likely to be confused for anything else. (A 1/4″ jack in particular could cause problems, though 3.5mm minijacks have so far been okay.) The MMA document adds that you should use specialized cables with shielded twisted pair internal wiring. Shhh — audio cables probably would work, but you might have signal quality issues. Specialized cables will work better.

Twisted what? That’s literally twisting the wires together and adding an extra layer of shielding, which reduces electrical interference and improves reliability. (See Wikipedia for an explanation, plus the fun factoid that you can thank Alexander Graham Bell.)

The recommendation is made by the MMA together with the Association of Musical Electronics Industry (AMEI), and was ratified over the summer:

News and (for members) link to the PDF download on the MMA blog: 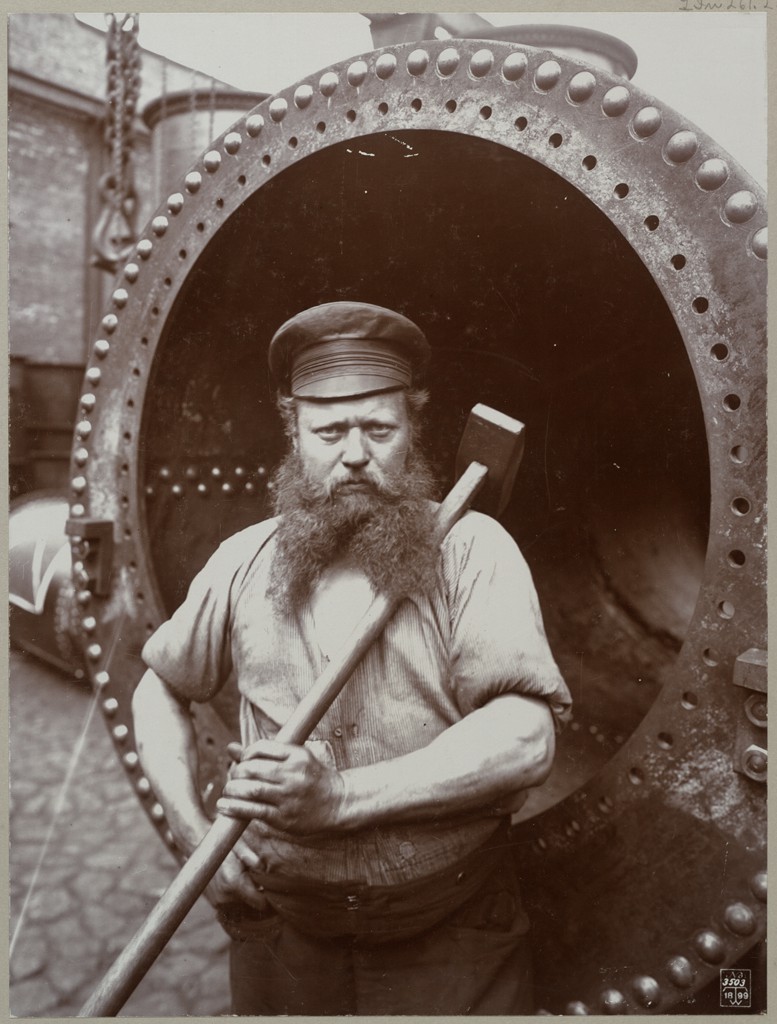 MIDI’s Deutsche Industrienorm (DIN) connector, seen here with one of the craftsmen producing the adapters.

Updated: I feel specifically obligated to respond to this:

oh no.. there's gonna be idiots who try and plug guitars and microphones and headphones and amplifiers in with midi now.

Actually, no, not really.

The most likely use case would be users plugging in minijack headphone adapters. But part of the reason to use 2.5mm minijack is, those other examples – microphones and guitar jacks – don’t typically use the smaller plug.

Anyway, to the extent that people would do this, presumably they were already doing it wrong on gear from various manufacturers that use these adapters. Those makers helpfully include adapter dongles in the box, though, and as the MMA/AMEI doc recommends, manufacturers may still want to include electrical protection so someone doesn’t accidentally fry their hardware. (And engineers do try to anticipate all those mistakes as best they can, in my experience.)

Really, nothing much changes here apart from because there’s an official MMA document out there, it’s more likely makers will choose one system of wiring for these plugs so those dongles and cables are interchangeable. And that’s good.