What would a module behave like if it were built entirely around feedback – say, like one of those “zero-input” all-feedback mixer performances? Bastl Instruments teams up again with Peter Edwards to answer that question. The result: Dark Matter. 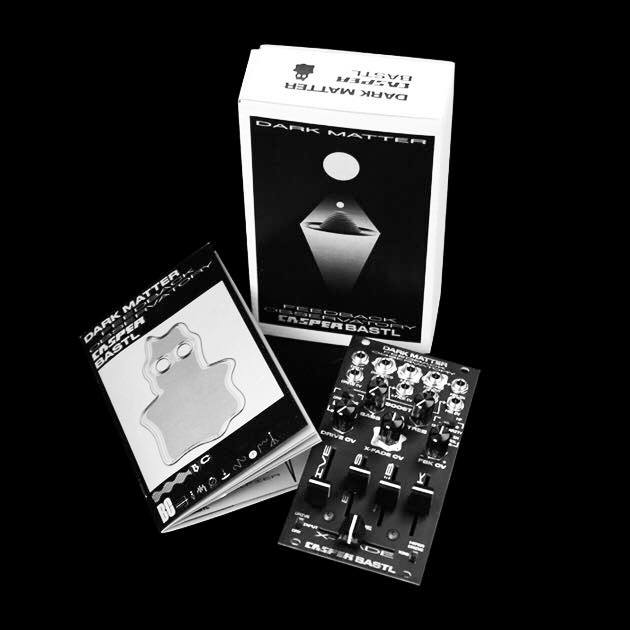 Dark Matter lets you add feedback to any signal, whether you want to use that as a bit of color, create rhythmic effects, or go completely wild. And since it is designed with the inspiration of zero-input mixer technique in mind, you can also use it as a signal source – a kind of feedback oscillator. Feedback by definition is about signal routing; Dark Matter runs with that idea and create an instrument around patching and shaping feedback in a modular environment.

It’s a new collaboration between Bastl and Peter Edwards, following their softPop instrument (and Peter’s own long-running Casper Electronics).

There are different kinds of overdrive. You can add sub-octave tones and other colors. There’s a built-in 2-band EQ (so highs and lows get separate control) – and that has overdrive, too.

On the rhythmic side, there’s a built-in envelope follower for ducking and gating and the like.

And there’s tons and tons of I/O and CV control, so this really was designed with a modular environment in mind. (That’s important – there are a number of Eurorack modules that seem like desktop tools that sort of got plunked into a modular case without much forethought; this isn’t that.)

But before we talk specs, creator Peter Edwards – himself an experimental musician as well as inventor – has some philosophical and spiritual things to say about feedback. Those are in the manual too, but let me highlight this passage. We’re “going deeper and deeper into the void” – gotta love those Czech winters, right? (Now turn in your hymnals now to “We Sing Praises of the Dark Shadows of Feedback.”)

So here’s what it all comes down to, the resonating soul of the amplifier and the recklessly over amplified external audio signal battling it out in the feedback thunderdome…

This is why I like to think of audio feedback as sort of the negative space around a sound, like a sonic shadow. A dark counterpart.

Feedback is wonderful. It’s the living, breathing, unpredictable, organic side of electrical sound. That’s not even just to say in the analog domain; as long as you steer clear of digital clipping, feedback has powerful potential in digital, too. It’s one of the reasons to use a modular environment in the first place, whether hardware or software. So I hope in addition to looking at Dark Matter, we dig into this topic generally. (I was just playing with feedback loops in VCV Rack, thanks to some tips from Kent Williams aka Chaircrusher.)

Embrace the darkness, and dive into the void of feedback. 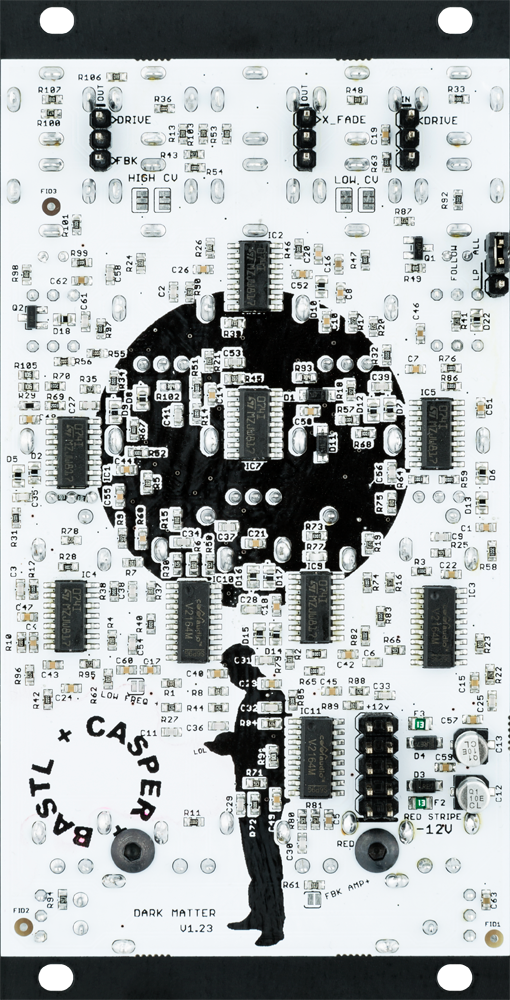 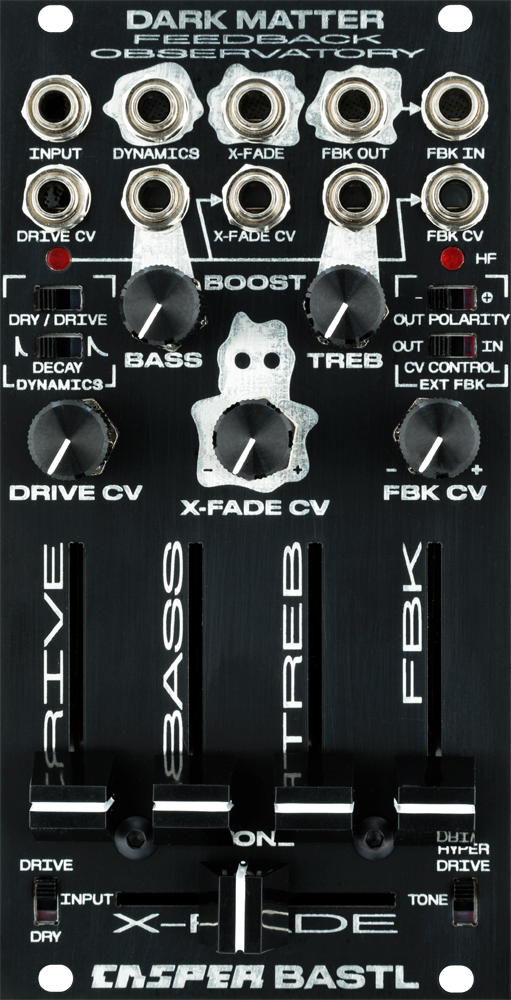 Like a studio onstage: Orbital tells us their live rig synth secrets

analogHardware
The Oberheim OB-X8 is a beast – here are more sounds from it, straight-up
analogeurorackmodular
The best way to integrate Ableton Live and Eurorack modular – for any rig
Hardware
MIDI Polyphonic Expression has been updated with one powerful feature: better documentation
analogeurorackHardwaremodular
Dreadbox’s new 200€ Dysmetria kit is an insane amount of analog groove fun