One of the great names in synthesis, founder of a brand that helped define what electronic sound is today, was lost over the weekend. ARP Instruments founder Alan R. Pearlman died Saturday the 5th, and synthesists worldwide remember the legacy he leaves.

Pearlman started ARP and was a principle engineer, specifically of the ground-breaking 2500 and 2600 modular synthesizers. 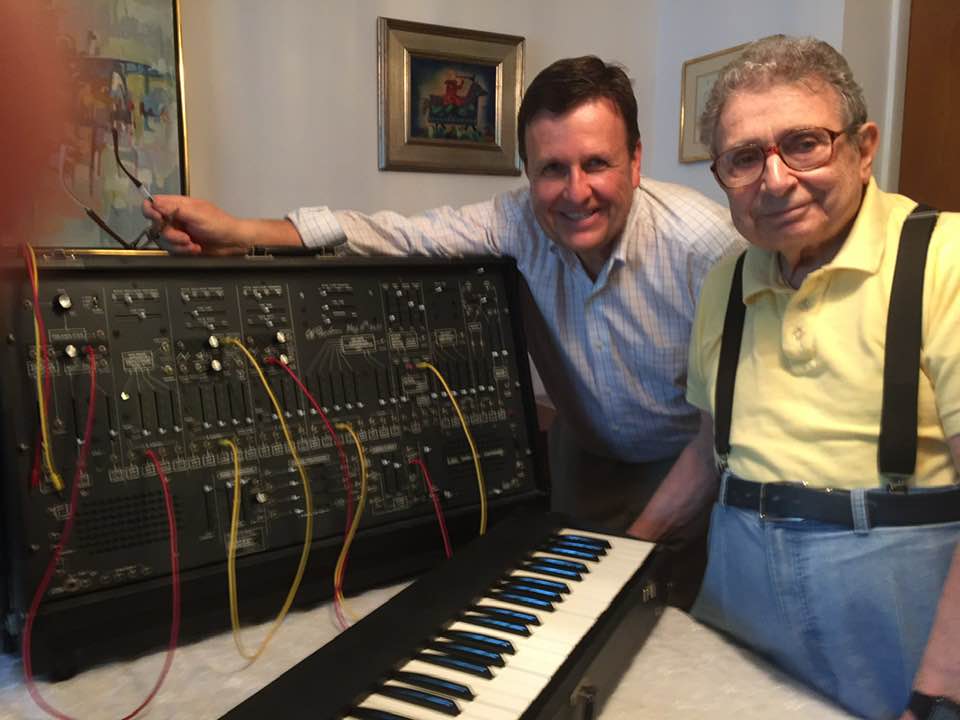 Pearlman more recently, with Richard Boulanger. Boulanger will play at the memorial tomorrow on Alan’s own 2600.

From our own contributor David Abravanel:

It may be hard to conceive now, but there was a time when ARP and Moog were major rivals. And it’s worth noting that Pearlman was uniquely advanced in his vision. Even as an engineering student in 1948, he looked forward to a time not so far off “when the electronic instrument may take its place … as a versatile, powerful, and expressive instrument” – provided those engineers paid attention “to the needs of the musician.”

And so in 1977, when Close Encounters of the Third Kind imagined an instrument that was far enough advanced to communicate with aliens, they chose the ARP 2500 that was Pearlman’s first commercial instrument. And Close Encounters were far from alone, as even the Martian voices were ARP 2500 produced in Jeff Wayne’s Musical Version of The War of the Worlds. And Jerry Goldsmith on Logan’s Run.

Other notable 2500 instrumentalists: David Bowie, Jean Michel Jarre, The Who… and Eliane Radigue: 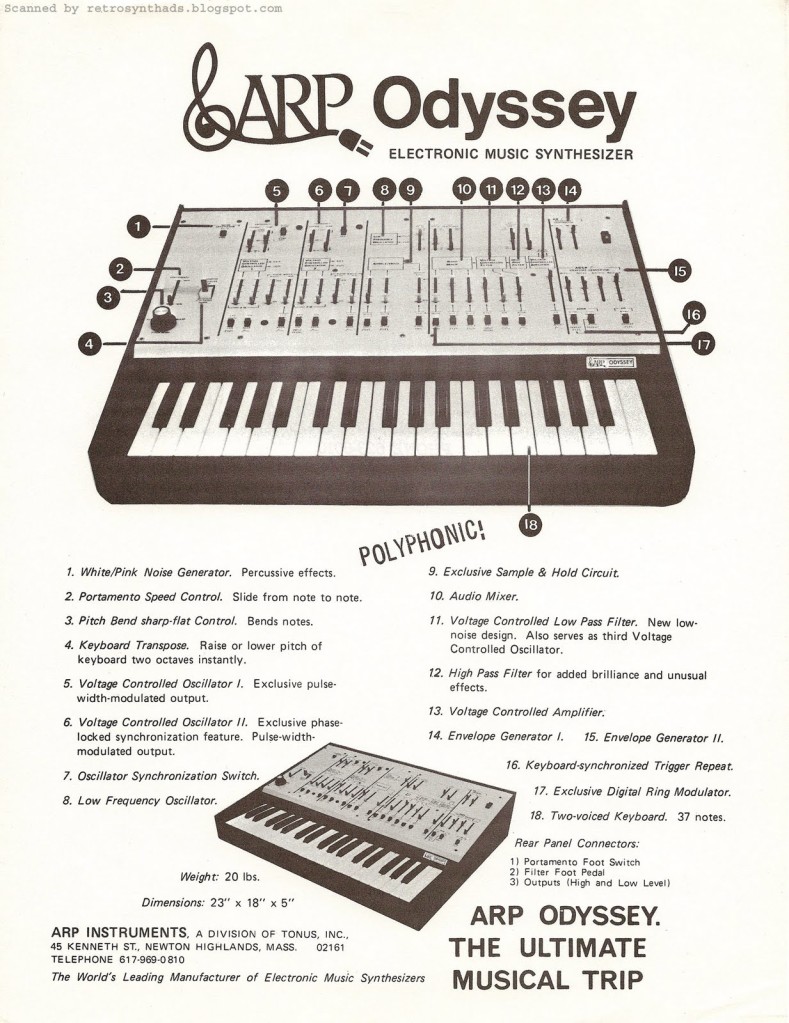 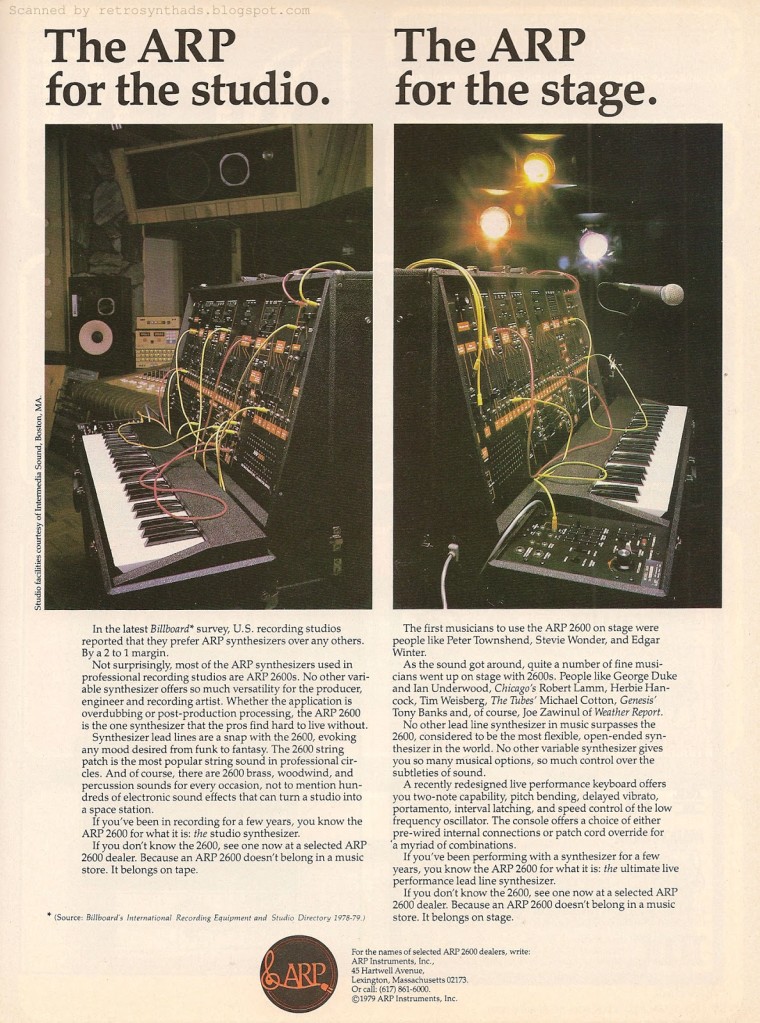 The 2600 was itself legendary enough to be fairly dubbed a holy grail.

The 2600 was in Ben Burtt’s arsenal for Star Wars and Raiders, even part of the sound of R2-D2. And speaking of space aliens, the one Doctor Who variant that matches Delia Derbyshire’s haunting whoo-whoo sounds with some sparkles and badass bass is also made on an ARP (the Odyssey), by Peter Howell:

And while the Rhodes Chroma originated at ARP was hardly a huge success, it is in many ways a template for the computer-integrated workstation-style instruments to follow.

A legacy in music

The range of musicians using the ARP can be told in the company’s own ads – Herbie, Stevie, Billy, Tommy … 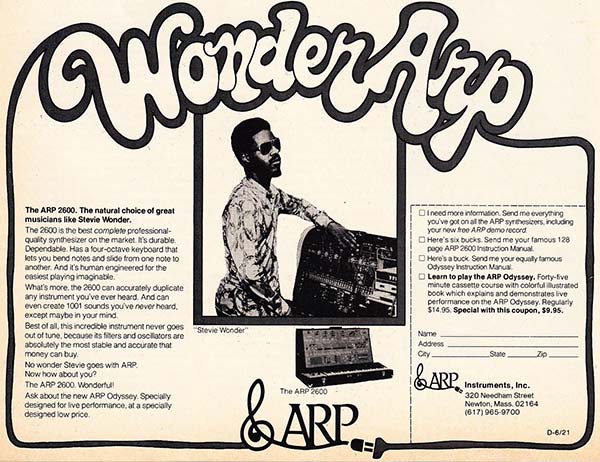 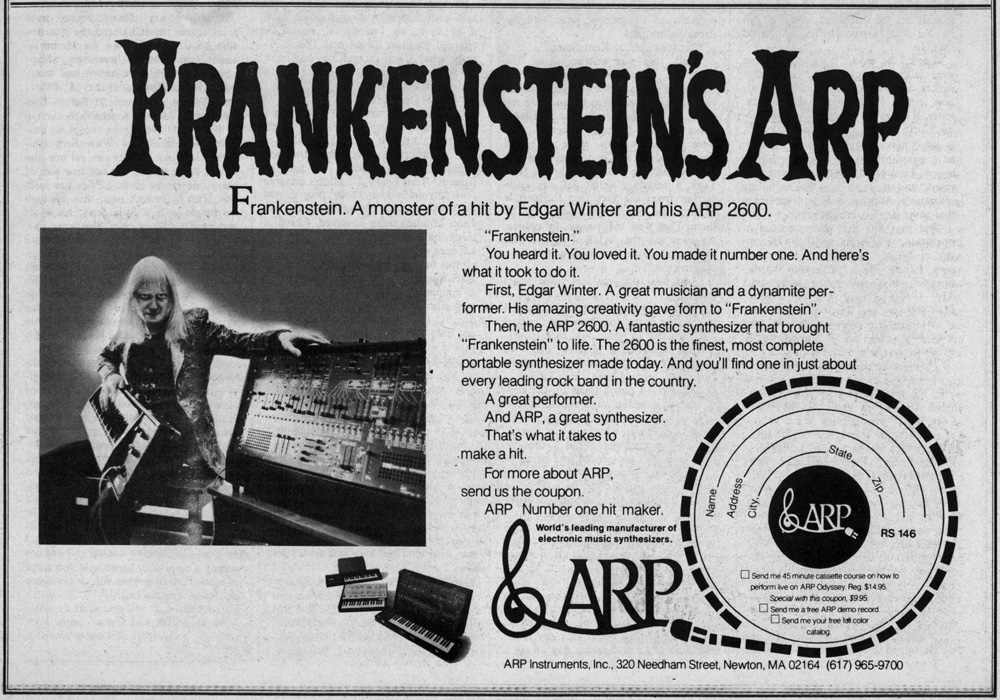 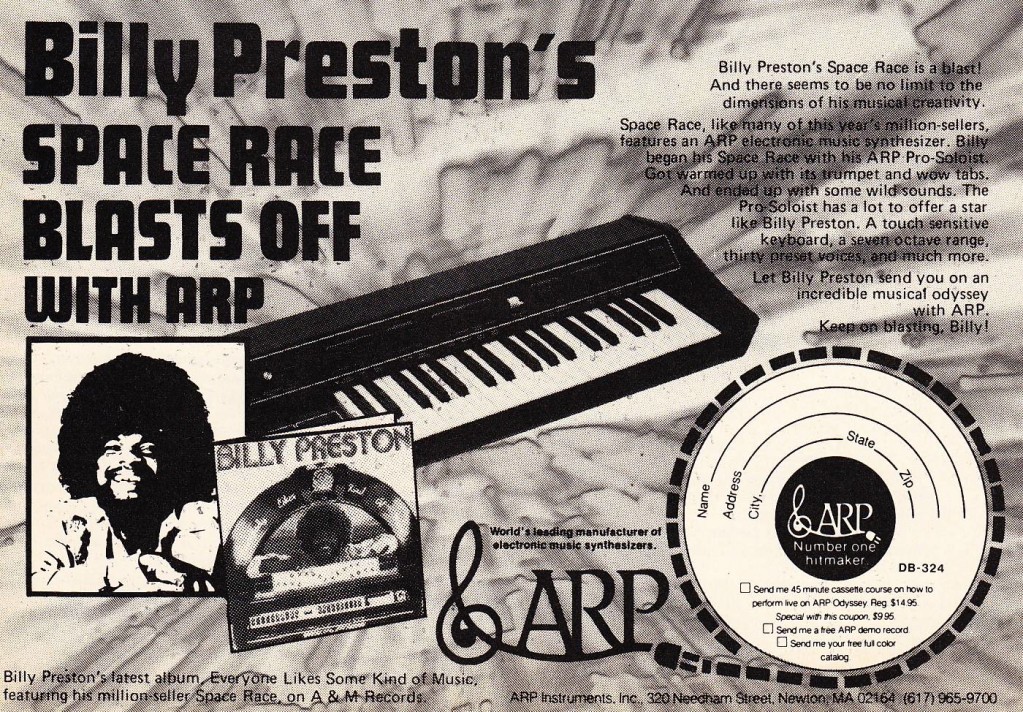 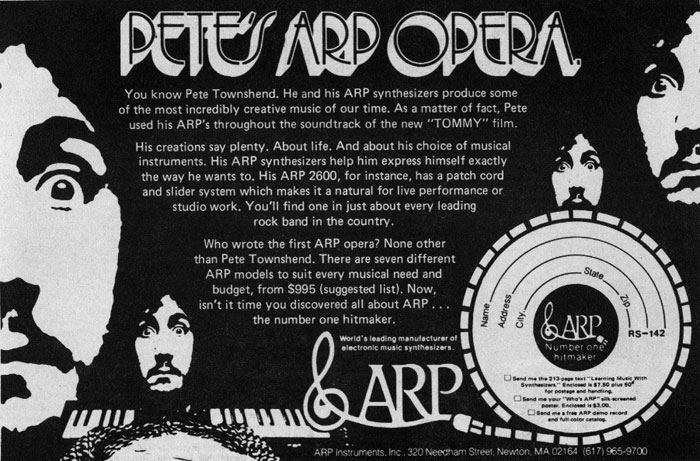 And yeah, that Frankenstein moment is epic – a 2600 gone mad (especially about six minutes in with Edgar Winter):

Richard Boulanger notes the unique musicality of this engineer’s vision and the impact it had – and that leading right up to his illness, he kept dreaming up new instrumental ideas:

.Yes, even at 90 and beyond, Alan R Pearlman was still dreaming of new circuits, modules, and controllers!) Undeniably, Alan R Pearlman was an engineering genius. Everyone recognizes that his synthesizers were beyond brilliant. But I truly believe that the heart and soul in his machines drew their spirit and life from Alan’s musical virtuosity on the piano, his truly deep musical knowledge, his passion and enthusiasm for “all” music, and his nurturing and generous support for young composers and performers, regardless of whether they were into classical, avantgarde, film, fusion, rock or pop. He wanted to make something that we could play with, that we could play on, and maybe even learn about music as we played (check out his “Learning Music Through Synthesizers” book and his MSL boxes). Alan R Pearlman created truly playable electronic musical “instruments”. He made aesthetically and ergonomically beautiful instruments, and beautiful sounding instruments. His synthesizers opened our eyes and ears to new sonic worlds

NAMM has an oral history interview

He recalls first seeing the Buchla, and the impact of Moog’s controller approach. The company was named with his nickname (and initials ) – ARP. And arguably ARP’s approach to matrix switching (ARP 2500) and hard-wired control even with patch cord access (ARP 2600) is still valuable today.

Just how modern can the ARP designs be? That was proven when KORG revived the Odyssey recently, with some input from Pearlman, along with a collaboration with ARP co-founder David Friend.

And while we think of Moog and Buchla, ARP also significantly contributed to a lot of the technological innovations of the modern synth, as evidenced by this list of ARP patents (thanks to Synthtopia for spotting that):

And have long sung the magic of these instruments – here’s Marc Doty, giving the instrument extrahuman autonomy:

ARP employee Rick Parent shares his remembrances, along with ARP’s David A. Frederick:

It’s hard watching as we lose the generation who created the synthesizer – having said goodbye to Bob Moog, Max Mathews, Don Buchla, and others. But it’s also a hopeful position, as we watch new generations around the world take on innovation, and the instruments these pioneers created reaching a wider range of people around the world than I suspect any of us might ever have imagined. The future isn’t what it used to be – it’s growing. And for that, thank you, Alan.

Like a studio onstage: Orbital tells us their live rig synth secrets

synths
GEMA is a delay pedal effect-synth that rumbles like an earthquake, by Senyawa x Squaresolid
modularsynths
MOD Devices made a guitar synth you can actually play like a synth – so your guitar is the CV
historysynthesizers
Vangelis has died at 79, as the electronic music world mourns
analogsynthesizerssynths
The Oberheim OB-X8 is a beast – here are more sounds from it, straight-up