Complex music conjures up radical, fluid architectures, vivid angles – why not experience those spatial and rhythmic structures together? Here’s insight into a music video this week in which experimental turntablism and 3D graphics collide.

And collide is the right word. Sound and image are all hard edges, primitive cuts, stimulating corners.

Shiva Feshareki is a London-born composer and turntablist; she’s also got a radio show on NTS. With a research specialization in Daphne Oram (there’s a whole story there, even), she’s made a name for herself as one of the world’s leading composers working with turntables as medium, playing to the likes of the Royaal Albert Hall with the London Contemporary Orchestra. Her sounds are themselves often spatial and architectural, too – not just taking over art spaces, but working with spatial organization in her compositions.

That makes a perfect fit with the equally frenetic jump cuts and spinning 3D architectures of visualist Daniel James Oliver Haddock. (He’s a man with so many dimensions they named him four times over.)

NEW FORMS, her album on Belfast’s Resist label, explores the fragmented world of “different social forms,” a cut-up analog to today’s sliced-up, broken society. The abstract formal architecture, then, has a mission. As she writes in the liner notes: “if I can demonstrate sonically how one form can be vastly transformed using nothing other than its own material, then I can demonstrate this complexity and vastness of perspective.”

The visual scores she works with are fascinating; here’s one she sent to CDM: 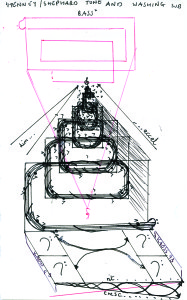 You can watch her playing with turntables and things around and atop turntables on Against the Clock for FACT:

And grab the album from Bandcamp:

Shiva herself works with graphical scores, which are interpreted in the album art by artist Helena Hamilton. Have a gander at that edition: 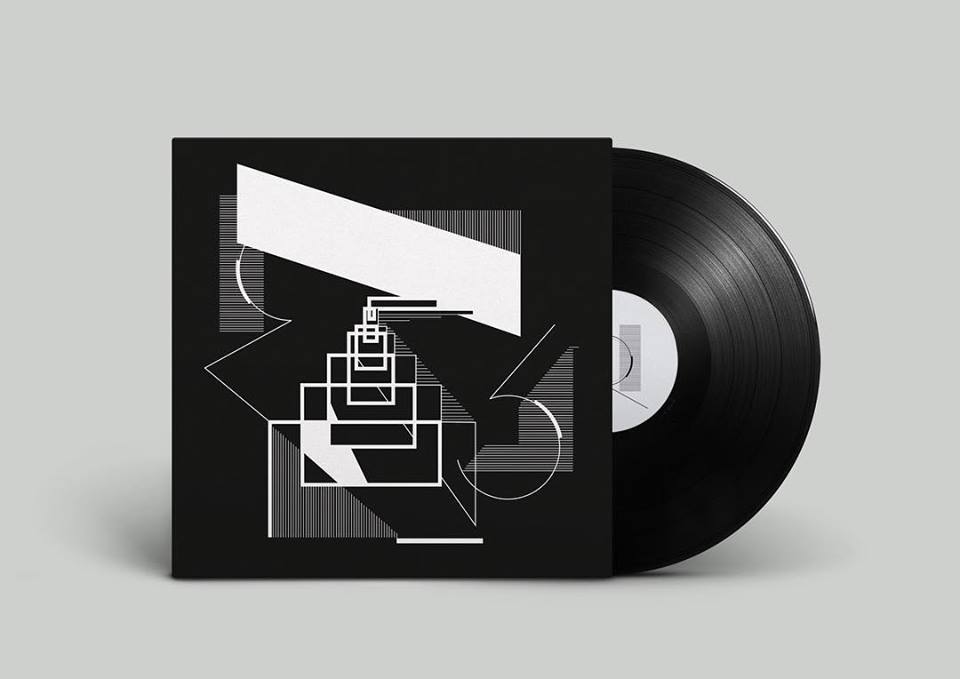 But since FACT covered the sound side of this, I decided to snag Daniel James Oliver Haddock. Daniel also wins the award this week for “quickest to answer interview questions,” so hey kids, experimental turntablism will give you energy!

The conception formed out of conversations with Shiva about the nature of her work and the ways in which she approaches sound. She views sound as these unique 3D structures which can change and be manipulated. So I wanted to emulate that in the video. I also was interested in the drawings and diagrams that she makes to plan out different aspects of her performances, mapping out speakers and sound scapes, I thought they were really beautiful in a very clinical way so again I wanted to use them as a staging point for the 3D environments.

I made about 6 environments in cinema 4d which were all inspired by these drawings. Then animated these quite rudimentary irregular polyhedrons in the middle to kind of represent various sounds.

Her work usually has a lot of sound manipulation, so I wanted the shapes to change and have variables. I ended up rendering short scenes in different camera perspectives and movements and also changing the textures from monotone to colour.

After all the Cinema 4d stuff, it was just a case of editing it all together! Which was fairly labour intensive, the track is not only very long but all the sounds have a very unusual tempo to them, some growing over time and then shortening, sounds change and get re-manipulated so that was challenging getting everything cut well. I basically just went through second by second with the waveforms and matched sounds by eye. Once I got the technique down it moved quite quickly. I then got the idea to involve some found footage to kind of break apart the aesthetic a bit.

Of course, there’s a clear link here to Autechre’s Gantz Graf music video, ur-video of all 3D music videos after. But then, there’s something really delightful about seeing those rhythms visualized when they’re produced live on turntables. Just the VJ in me really wants to see the visuals as live performance. (Well, and to me, that’s easier to produce than the Cinema 4D edits!)

But it’s all a real good time with at the audio/visual synesthesia experimental disco.

composition
Learn modular MetaSounds in Unreal, free, and start thinking in procedural sound
3D
The latest TouchDesigner roundtable comes to us from inside Berlin’s Zeiss-Großplanetarium
composition
Here’s Jan Hammer in an 80s power suit rocking his Miami Vice theme on the Fairlight CMI
composition
Teenage Engineering OP-1 field review, not a review: in the field, on an album