Its creator describes it as a “workshop in a plug-in.” Mozaic lets you turn your iOS device into a MIDI filter/controller that does whatever you want – a toolkit for making your own MIDI gadgets.

The beauty of this, of course, is that you can have whatever tools you want without having to wait for someone else to make them for you. Developer Bram Bos has been an innovator in music software for years – he created one of the first drum machines, among some ground-breaking (and sometimes weird) plug-ins, and now is one of the more accomplished iOS developers. So you can vouch for the quality of this one. It might move my iPad Pro back into must-have territory. 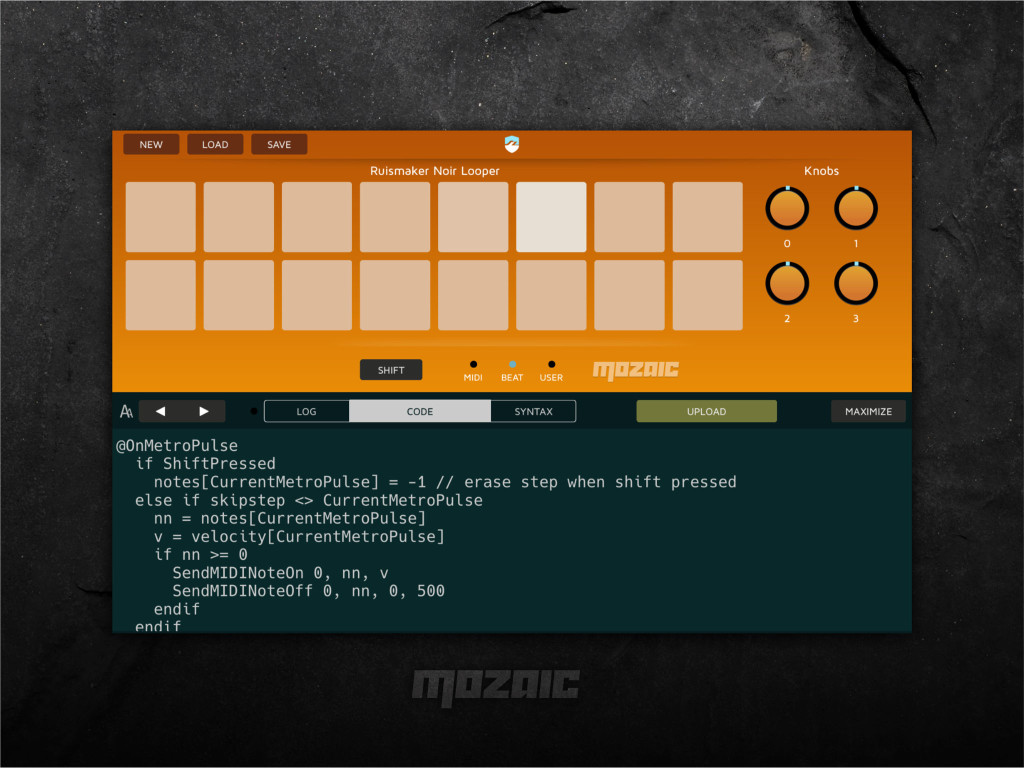 Bram writes to CDM that he thought this kind of DIY plug-in could let you make what you need:

“I noticed there is a lot of demand for MIDI filters and plugins (such as Rozeta) in the mobile music world,” he says,”especially with the rising popularity of DAW-less, modular plugin-based jamming and music making. Much of this demand is highly specific and difficult to satisfy with general purpose apps. So I decided to make it easier for people to create such plugins themselves.”

You get ready-to-use LFOs, graphic interface layouts, musical scales, random generators, and “a very easy-to-learn, easy-to-read script language.” And yeah, don’t be afraid, first-time programmers, Bram says: “I’ve designed the language from the ground up to be as accessible and readable as possible.”

To get you started, you’ll find example scripts and modular-style filters, and a big preset collection – with more coming, in response to your requests, Bram tells us. There’s a programming manual, meant both to get beginners going in as friendly a way as possible, and to give more advanced scripters and in-depth guide. And you get plenty of real-world examples.

There are some things you can do with your iOS gadget that you can’t do with most MIDI gadgets, too – like map your tilt sensors to MIDI.

This is an AUv3-compatible plug-in so you can use it in hosts like AUM, ApeMatrix, Cubasis, Nanostudio 2, Audiobus 3, and the like. 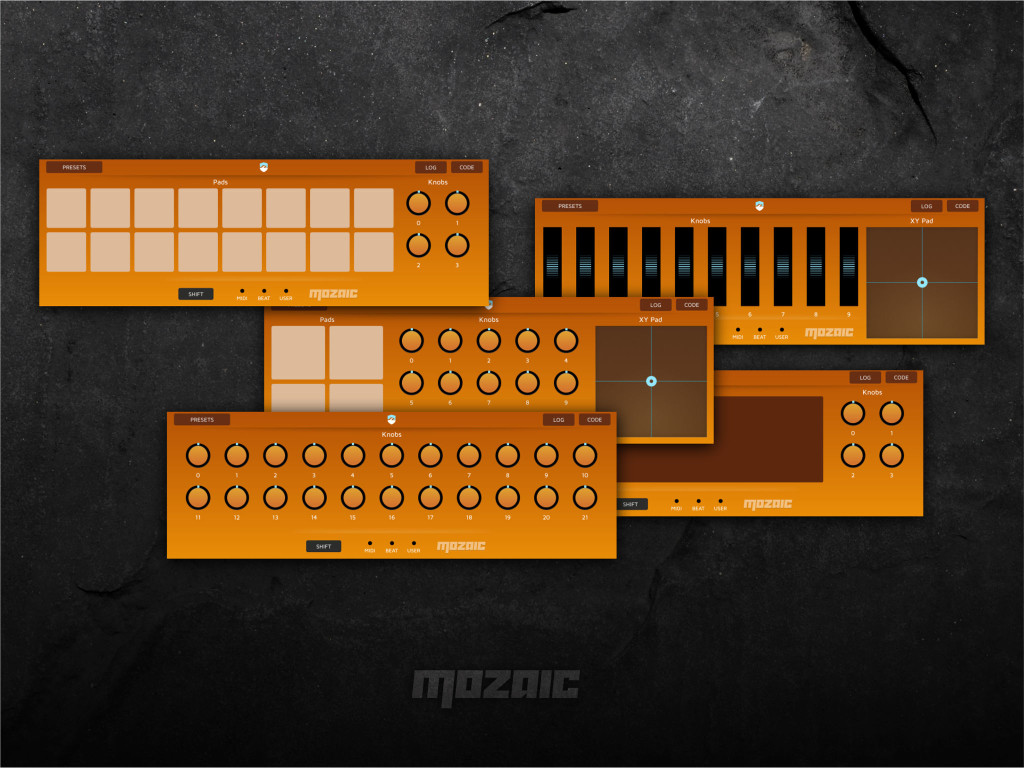 The Mozaic Script language is designed from the ground up to be the easiest and most flexible MIDI language on iOS. A language by creatives, for creatives. You’ll only need to write a few lines of script to achieve impressive things – or to create that uber-specific thing that was missing from your MIDI setup.

Check out the Programming Manual on Ruismaker.com to learn about the script language and to get inspiration for awesome scripts of your own.

Mozaic comes with a sizable collection of tutorials and pre-made scripts which you can use out of the box, or which can be a starting point for your own plugin adventures.

Features in a nutshell:

Mozaic opens up the world of creative MIDI plugins to anyone willing to put in a few hours and a hot beverage or two.

Practical notes:
– Mozaic requires a plugin host with support for AUv3 MIDI plugins (AUM, ApeMatrix, Cubasis, Auria, Audiobus 3, etc.)
– The standalone mode of Mozaic lets you edit, test and export projects, but for MIDI connections you need to run it inside an AUv3 MIDI host
– MIDI is not sound; Mozaic on its own does not make noise… so bring your own synths, drum machines and other instruments!
– AUv3 MIDI requires iOS11 or higher

With some other MIDI controllers looking long in the tooth, and Liine’s Lemur also getting up in years, I wonder if this might not be the foundation for a universal controller/utility for music. So, yeah, I’d love to see some more touch-savvy widgets, OSC, and even Android support if this catches on. Now go forth, readers, and help it catch on!

Mozaic on the iTunes App Store

No, Beatport’s subscription will not kill music – here’s how it really works