808 day, sure. But let’s pause for 606 day – the logical anniversary of the 1982 TR-606, a drum machine squeezed inside a tiny enclosure that looks like a 303 but isn’t. It’s the lesser known runt of the Roland family, and you kind of love it for that alone.

If you think about it, the 606 was way ahead of its time. Now selling customers on buying a little bass machine, then buying a little drum machine to go with it is par for the course. But in the early 80s, the music that would make the 303 and even the 606 desirable … hadn’t been made yet.

The TR-606 is certainly simple. It’s got all analog circuitry inside, for seven parts – kick, snare, two toms, open and closed hats, cymbal. There’s an accent control. It isn’t the most sought-after sound of the TR series, by any stretch, but now that you’ve heard way too many 808 and 909 hats, you might appreciate this just for some variety.

It can trigger other gear. It’s got accent. It was designed so you could chain 606 models together. So it’s not a terrible little machine. And it is – I’ll stand by this – the cutest drum machine Roland ever made. (I have to admit, I just went back to my boutique TR-09 this week and had a blast. Sometimes getting something tiny and restricted is oddly inspiring. An itsy bitsy teenie weenie silver TR drum machine-y?)

It’s famous, and yet mercifully no one has ever called it iconic. It just is what it is. Here’s Tatsuya of KORG fame giving it a one-over – as he should, as nothing channels the spirit of the 606 (even from Roland) quite like the entry of the KORG volca series he helmed:

And here’s Reverb.com giving it the once over:

The 606 has been in some great music – Aphex Twin, Nine Inch Nails, Autechre, Orbital, plus one favorite artist that shares its name – Kid606. Moby I think also used one, probably in that spell when he and I were dating that he doesn’t like to talk about. (Man, did that beetroot smoothie we shared together while programming 606 patterns mean nothing to you? Nothing?!)

It’s also been heavily modded and copied. It’s a reminder, basically, that drum machines need not look like a truck. They can be a funny sidecar you can easily squeeze into spaces where no one else can parallel park. When people talked about buying unloved Roland drum machines for $50 in pawn shops in the 80s – the TR-606 was one likely candidate. This was one of the machines cheap enough to enable people without cash to change music.

You know the sound. Because it was tinnier than the 808 and 909, the 606 often stood in when someone wanted something with an even thinner Roland sound.

Put that sound with the 303, and you really do get a combo that makes sense.

Bonus – this bit. You can swap between PLAY and WRITE pattern modes while the TR-606 is running – so you can edit as a pattern is playing. The other TRs would ideally work that way, but they don’t.

Here’s a guide to the controls: 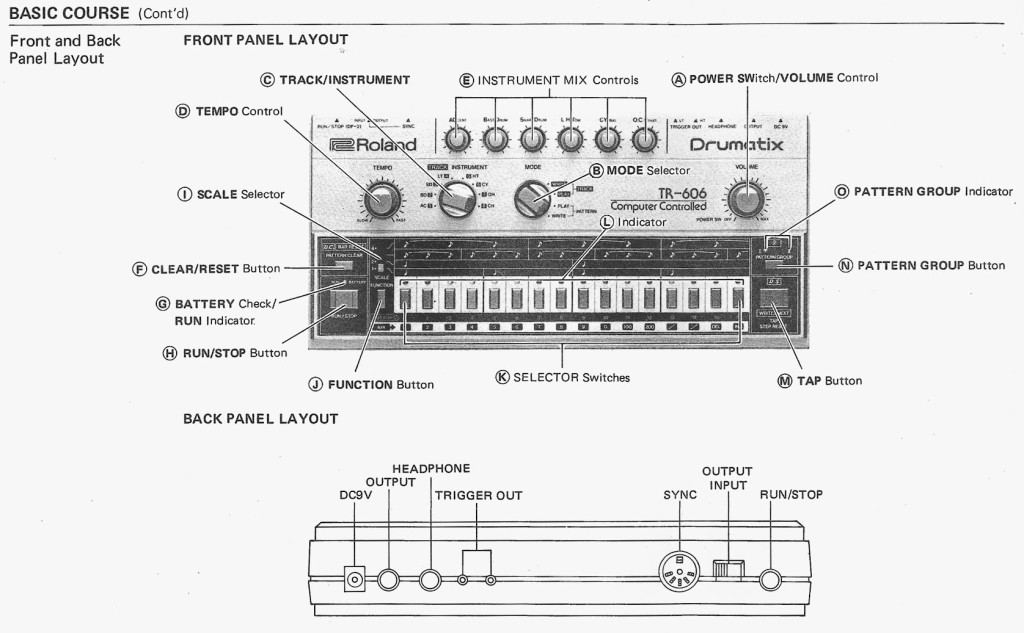 There have been numerous software recreations, too, like this iOS app mR-606:

Or this one, which also runs on iPad:

I incorrectly claimed ReBirth emulated the TR-606 – that would have made sense, actually, but they didn’t do it, instead cramming the 808 layout into a 303-style module.

But you can run something like a 606 as a ReFill in Reason, via none other than master PEFF – which is better, anyway:

And here’s a free sample set:

Bedroom Producers Blog has a wonderful cassette tape 606 sample set that I adore:

Samples From Mars also have a sale on their much broader sample library, which resamples the 606 through various gear and is about the nicest library I’ve heard yet. Check it:

Plus one free Mac/Windows dedicated plug-in:

It may not have translated into sales, but Roland had a slick presentation for its 1982 product line. 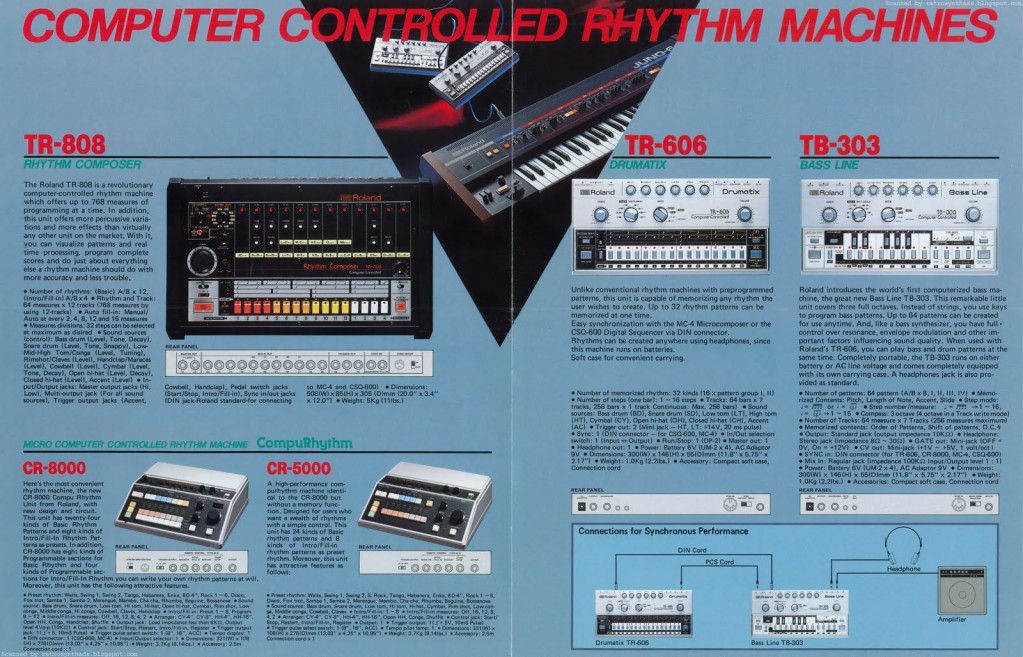 Check out those specs: 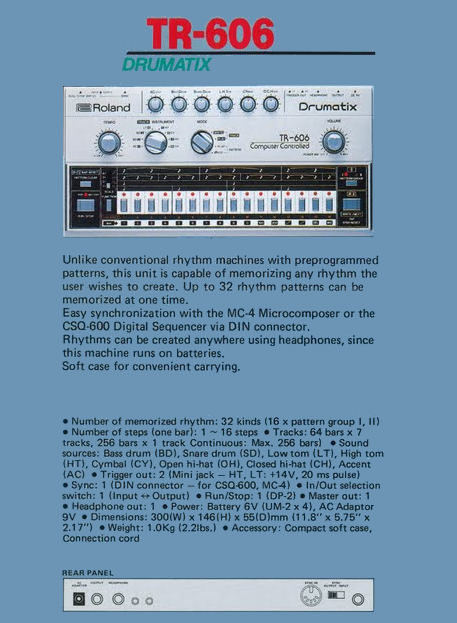 Dear advertisers – please create stuff like this, which is what people saw if they flipped open a glossy issues of Keyboard Magazine in 1982: 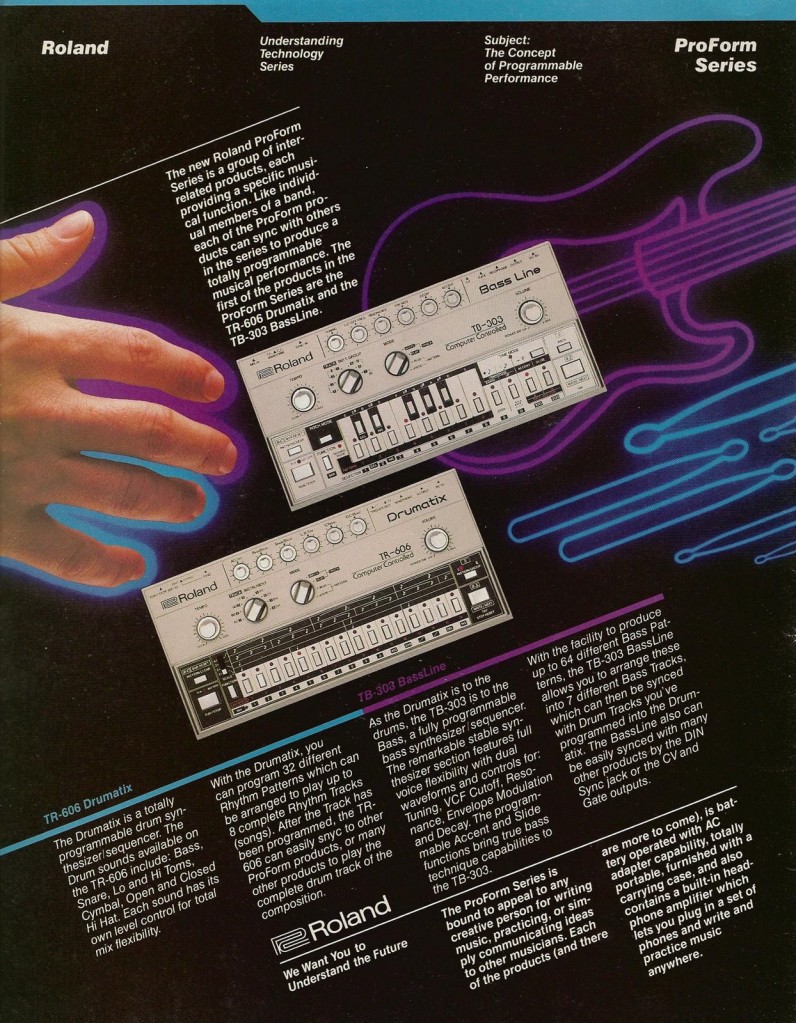 And yes, Roland at various times has brought this back in … strange ways, like on the SP-606 which really … has nothing to do with the TR-606. But here it is, because D-Beam! It’s also been spotted inside the recent recreations like the TR-8S and even the Serato-collaboration DJ controllers. 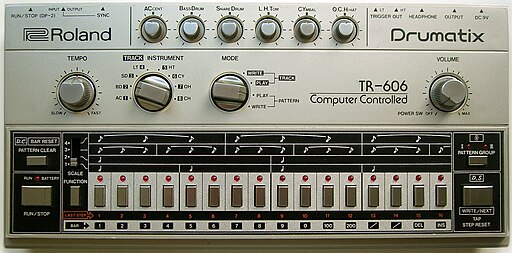