Sonarworks Reference 4.3 has a bunch of new features – more headphones, better performance, and it won’t blind you in a dark studio. The goal: make sure your mixes sound consistent everywhere. And with both high-end and consumer cans on the supported list, they seem to want everybody to give this a go.

I think the biggest challenge Sonarworks has here is that even I would have imagined calibration was something for engineers, but not necessarily producers. But once you hear the results, anyone can hear what this does. The thing is, headphones and studio monitors really aren’t flat. And especially outside of perfectly tuned studio environments, neither are working environments. Testing and calibration improves that enough that anyone can hear.

I’ve been using Sonarworks Reference religiously since the fall. The biggest challenge has been that there are two modes. One sounds really great, but adds a ton of latency. That’s especially rough if you want to work with calibration switched on all the time. The other is low-latency, but doesn’t sound as good. Those differences are, again, noticeable to anyone.

The big improvement in Reference 4.3 is to let you have both – with a mixed filter mode that operates with minimal latency but still delivers accurate results. That for me makes Reference way more useful. In fact, given this involved a ground-up rewrite, I’m surprised Sonarworks didn’t call this Reference 5. (It’s a free update, though!)

You also get new headphone profiles, which show both some high-end Beyerdynamic models but also the sort of consumer listening cans a lot of us use on the go with our smartphones and such. Those seem to target new users as well as ones traveling.

More important than the addition of new individual models, though, they’ve added on-demand profile delivery, so you can add support inside the tool. There are already over a couple hundred of these, and they keep adding more.

There are some other improvements, too: 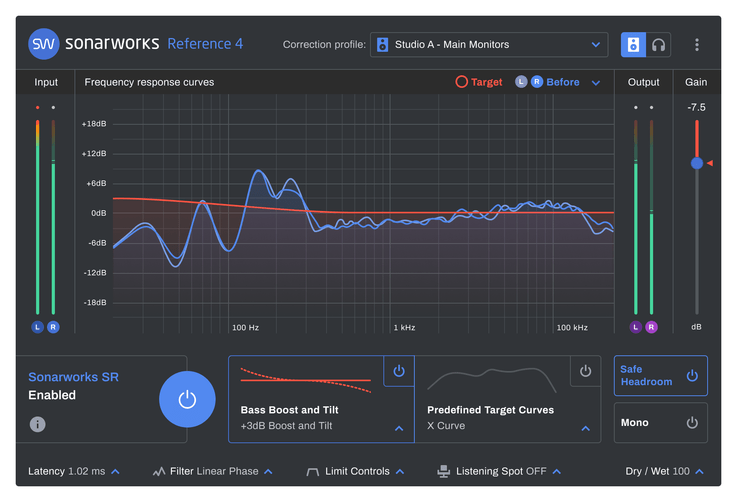 Dark mode – some people hate these; I love them, since I work in a lot of dim / late night environments

A better menu/tray bar, which is critical as you modify settings as you work

Integrated room measurement inside the Systemwide and plugin tools

The little tool that gets you up and running when you start I already liked, and wrote about previously, but they’ve enhanced that even more 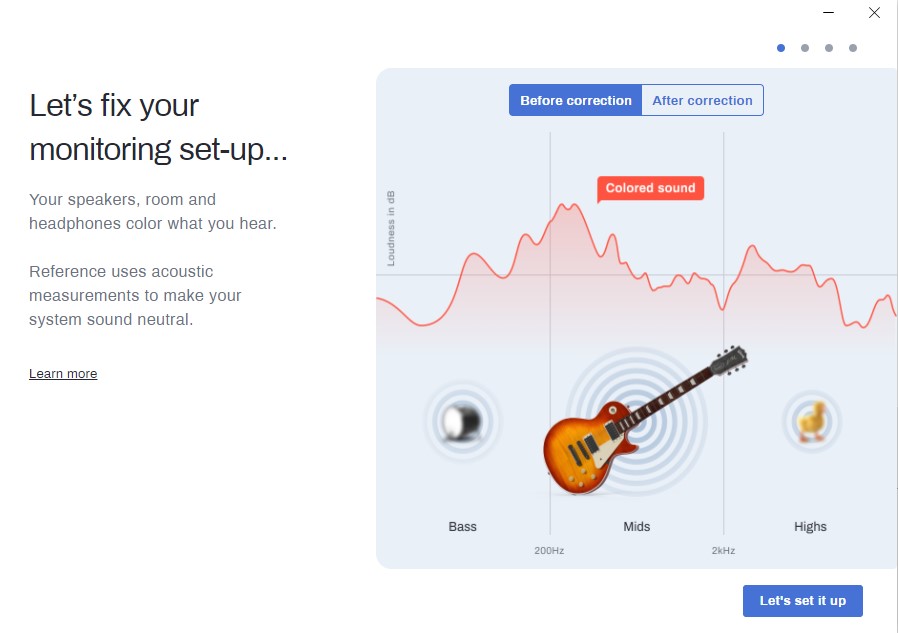 The new tool for getting started. Before. 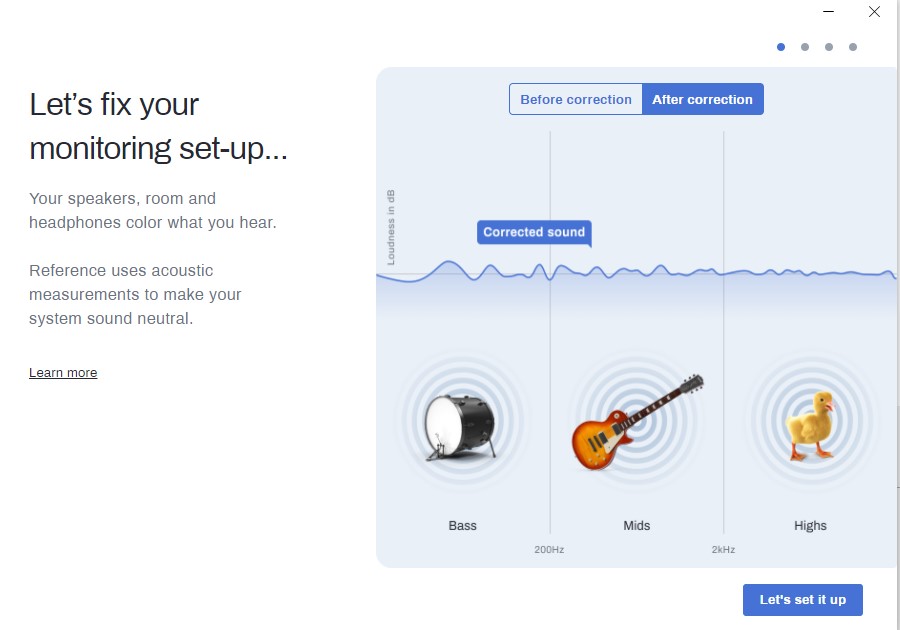 Previously, I did some deep dives into this software and answered reader questions:

I need to follow up with them on how Linux support is coming, as CDM was the first to write about that and some of you I know were interested (as am I)!

Also since I last covered Reference, Sonarworks has started offering a bundle with pre-calibrated headphones. These theoretically deliver more precise calibration than what you’d get from any profile, since they’ve tested the actual harder. It’s pricey, because it includes the already-expensive HD650 headphones from Sennheiser.

But those are terrific headphones, and headphones are crucial to precise mixing and mastering. I imagine these would be a great investment for a producer or especially studio or engineer wanting to invest in a full calibration package at once. (Feel free to shout about whether Sennheiser or Beyerdynamic are better in comments, though!) In fact, I think if you’re thinking of buying the HD650s, you should spring for the bundle. 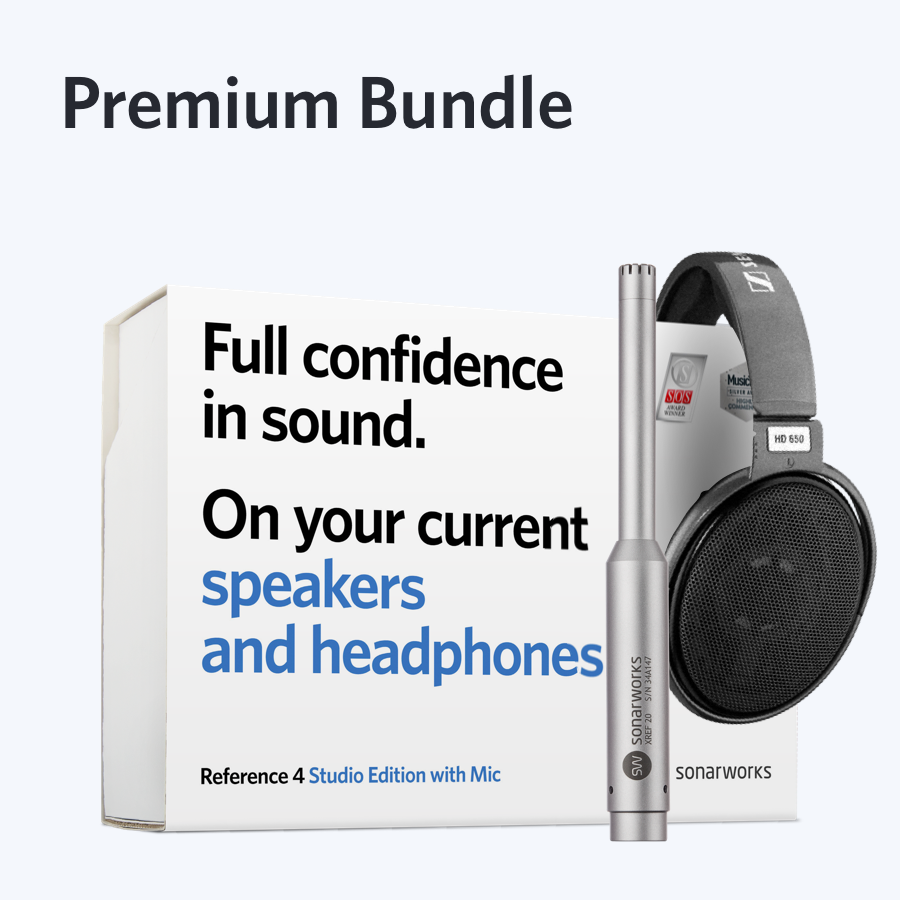 The bundle, with Sennheiser HD650.

I have talked to more producers about this tool than engineers (though my mastering engineer collaborator is a believer), so I would be interested to hear about that use case more.

And yes, this is another member of our music tech industry now located in Riga, Latvia, along with Gamechanger, Erica Synths, and others. It’s a surprising new hotbed.

MacPlug-insSoftwareWindows
IK’s model of the Neve 1081 console is free this month, plus free EQ and metering
Software
Celebrate your Blue Monday with the choir sound from New Order – and Kraftwerk’s Orchestron
upgrades
Polyend Tracker 1.5 lets you save custom instruments – and opens up sharing with others
MacSoftwareupgradesWindows
Dorico 4 is finally engraving-level notation with MIDI editing powers, in a single tool