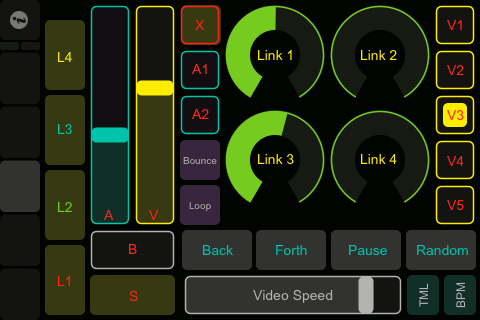 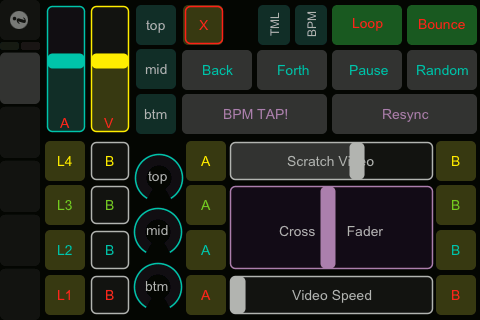 With the iPod touch starting around $200, the Apple mobile platform is undoubtedly the most sophisticated, affordable multi-touch controller you can drop in the palm of your hand. It’s tough to beat the tactile feedback of conventional hardware with knobs and faders, but then, it’s also tough to resist having a little additional control from a handheld display. And mobile multi-touch control demonstrates some of the power and potential of OSC (OpenSoundControl) for intelligent, networked devices and software.

We’ve already seen the lovely TouchOSC app put to use in layouts for VDMX and Modul8. But Martin Thoburn’s “Touch Resolume” patch is the most sophisticated yet. It has five pages of layouts, covering cues, beat-synced timing, video and audio effects, levels and mixing, layers, clip triggering, scratching, speed, and much more.

This could be just the beginning of lots of applications involving mobile and multi-touch to come.

Before I get carried away with my enthusiasm, though, this application also demonstrates that OSC implementations on each end are not as flexible and interoperable as they should be. TouchOSC right now doesn’t normalize values in a way Resolume expects. That suggests that both ends need to be made a bit more versatile in different situations – and that as OSC grows in popularity, more effort will be needed to ensure the practice of implementing OSC keeps up with how people are using it. There’s really no excuse for needing an additional layer of interpretation (OSCulator in this case, though any tool that understands OSC would work). There’s nothing wrong with having useful utilities in your OSC signal chain, but you shouldn’t need them just for basic communication. (That’s not Martin’s fault, either.)

I’m less concerned about the fact that this is Resolume-specific, as that does make some sense; I expect Martin has put together something that works well for him, which is the real advantage of having a dynamic touch interface.

Anyway, if you’re a Resolume user with an iPod touch or iPhone, go have a great time – or for other visual tools, get some inspiration for what to add to your template next:

What’s next? I expect a lot of action in multi-touch on two fronts, PCs and the Android mobile platform. PCs are already starting to arrive with multi-touch controls, which means developers of apps like Resolume and (assuming Apple follows suit) VDMX may want to consider making UIs that work with fingers and not just mice. Lenovo’s ThinkPad line, for instance, has already spawned multi-touch versions. Google’s Android platform, meanwhile, has quite a lot of hardware in the pipeline, including gear with video output. Some of this will be single-touch, but I’d be surprised if multi-touch hardware doesn’t show up, too. Assuming as developers we’re able to directly access that video output, I can imagine lots of homebrewed visual apps on the palm, too.

It should be a good time for your fingertips.

You, Too Can Learn Renoise: Video Tutorial from Dac Makes you a Tracker

The Speaking Piano, and Transforming Audio to MIDI