For people coding for visuals, Processing just keeps getting better. And for people who aren’t … well, you might just want to give it a second look, as a growing global army of people who never fancied themselves coders suddenly start typing up new creations. A new release makes mobile development easier and corrects lots of bugs. But specifically of interest to readers here, powerful libraries for 3D help make Processing an intensive tool for creating visuals. With the aid of running of your GPU, they can also deliver eye-popping real-time performance not normally associated with Java.

In a surprise release, much of what’s coming in Processing 2.0 this summer is now available in a stable, general release of Processing 1.5. It lacks the new built-in renderer – OPENGL2 – but does incorporate new features for developing for Android and, via the third-party library GLGraphics, you get all sorts of new OpenGL goodies. (Note: Processing 1.5 = 0196. The previous pre-release version, 0195, is worth downloading if you want to play with the new OPENGL2 renderer and its examples. Both are on the download page, and they can be installed side-by-side.)

Most importantly, for anyone publishing to the Web, you need to download this version now and re-export sketches. Applets were seeming to run very slow in Chrome and Firefox 4. (While I vastly prefer the Java version for things like performance tools or installations, I also appreciate the Processing.js JavaScript fork for Web delivery – but this fix does make applets work pretty well.)

Processing 1.5 is a good start, but for me, the live visual workflow isn’t complete without two additional libraries, toxiclibs and GLGraphics. A new GLGraphics update improves integration with both toxiclibs and the new Processing release.

toxiclibs represents over 270 classes in 7 libraries, some 25,000 lines of code, written by digital artist Karsten “toxi” Schmidt. There’s gobs of stuff in there. The most useful is a basic set of classes for things like geometries, meshes, and 3D vectors which you’d otherwise have to build from scratch, and which are generally built in fairly standard ways. With elegant math, Verlet physics, and color libraries, and wonderfully-usable API design, Karsten gives you all the essentials in a way that will inspire you to use them and make something truly original. (A full tour is probably a good subject for another post. Just ignore the toxi.audio packages; with the libpd crew, I’m working on something with Pd I think you’ll find more useful and stable.)

I had a discussion with one colleague who felt that, indeed, toxi’s libraries are so powerful that people are simply using it as a crutch. That may be true to an extent: people should prominently credit toxi’s work, and to do otherwise is plagiarism. But with proper credit, I feel that standing on the shoulders of someone else’s work can be a good thing. Digging through toxi’s libraries is like going to school for the sorts of math and geometry that you need to learn to understand 3D generation. For many of these classes, involving essential mathematics operations and 3D modeling, I’d have no idea where to start, would spend weeks or months writing something inefficient, and would come out with something that reinvented the wheel. A lot of the techniques themselves in those 27,000 lines of code weren’t developed by Karsten, either: it’s more like seeing the wisdom of a master teacher, assembled from a wide variety of sources and passed on.

In fact, this is a rant that I should probably invoke elsewhere, but to me received knowledge is the essence of any craft. Composers don’t invent new rules of harmony (well, at least, not tonal harmony). Engineers don’t work out the laws of physics from scratch each time they build something.

And most importantly, because all of this exists in code, you can read and modify anything you find. It’s a black box if you want it to be, but I very often dig directly into the code to understand how things work.

There’s a bunch of documentation and a showcase for great work:
http://toxiclibs.org/ 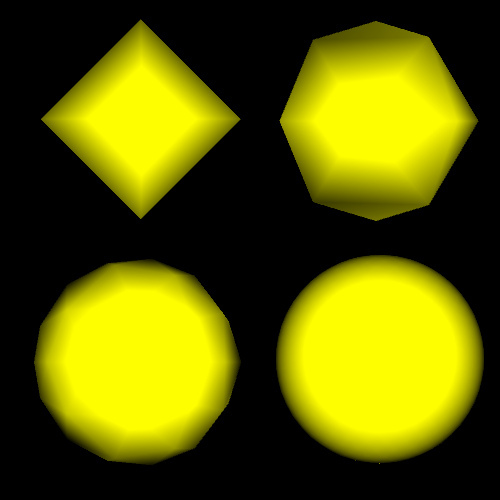 All of this, though, brings me to GLGraphics. As I’ve been saying for – gee, years now – GLGraphics is the future of Processing. Now, that’s come to pass: gifted developer Andres Colubri authored the new OPENGL2 renderer that is similarly based on native OpenGL calls, and now runs the Processing Android port and upcoming Processing 2.0.

GLGraphics is separate from OPENGL2, but it’s your best bet for work on the stable Processing 1.5 build. Version 0.95 adds compatibility for that latest release, and adds two essential other features:

And there should be still more coolness to talk about soon, at least for Mac users, with the availability of Syphon for Processing. Stay tuned on that.

I think I have to hide away in a hole and do nothing but code this weekend. Anyone want to hop on IRC or PiratePad and pass code snippets back and forth?

Isle of Tune: City Simulation as Music Sequencing, Soon to Leap from Browser to Mobile