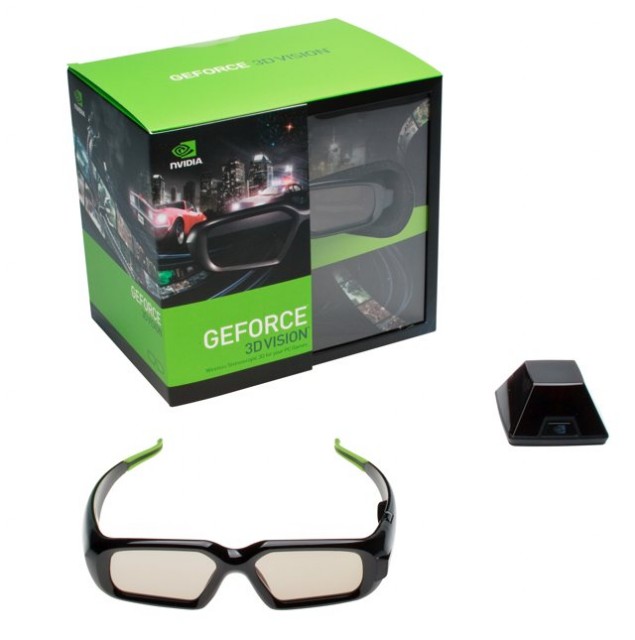 Got this hardware? Then watch YouTube go into 3D. All you need is to get a friend to toss some fish from behind your monitor to complete the effect. (See: Muppets Take Manhattan.)

The promise of genuinely open video isn’t just making something “open” for the sake of it. Realizing that potential means doing something you might not otherwise. In the midst of all this griping about Flash and codecs, you’d want Web video to actually do something it hadn’t done before.

It’s just a step, but here’s one possibility: Mozilla today announced a collaboration with NVIDIA to add stereoscopic 3D support to WebM and HTML5. I’m not stepping back from my skepticism of 3D stereoscopy, but this allows people genuine room to experiment, and some impressive technology to fully realize that experimentation.

The requirements are highly specific: most importantly, you’ll need NVIDIA’s 3D Vision Hardware, as their system requires active glasses (though that also vastly improves the fidelity of the resulting stereoscopy). Apart from that, you’ll need Firefox and videos in HTML5 and WebM. Here’s the good part: finally putting their money where their mouth is on the actual delivery end, Google’s YouTube has support. (Okay, so… where’s the Chrome team? Is this like a twisted version of Superman, in which no two teams at Google can ever be seen working on something at the same time? I’m guessing Chrome will follow suit … eventually.)

I’m optimistic for this reason: I think experimentation with video is long overdue. And I generally agree with this sentiment from Mozilla’s platform ninja, Christopher Blizzard:

Even if you don’t have the hardware, trust me. This feature is pretty cool. I was able to load up some 3D trailers on youtube and it was pretty amazing to see a little world appear in the video box.

If this step is accompanied by others, any political battles aside, we could finally see what we imagined HTML5 would be. It’s a place where new things happen, where video moves forward.

Starting with Firefox 4, WebM videos encoded with 3D data will be displayed in high-quality stereoscopic 3D using NVIDIA 3D Vision hardware. 3D hardware has moved from movie theaters and into people’s homes through TVs, laptop and desktop machines. 3D video games are in wide use today. And consumer hardware that’s capable of capturing 3D photos and videos is starting to come onto the market. In fact, there are several thousand 3D videos available today on YouTube. And starting today YouTube will transcode and play these videos into the open WebM format with 3D for use with their HTML5 player. This feature is currently only available in Firefox 4. It’s our hope that other browsers will follow and add support for 3D HTML5 video as well.

3D
Xanadu is a meta-metaverse DIY show hosted by a blue alien made in Unreal Engine
3D
Japan officially leads in 3D trompe-l’œil cat projections
video
VS Visual Synthesizer responds to your music, with shader and layer powers (Mac, Windows, iOS)
nvidia
A new Machinima age is nigh, with NVIDIA, AI, game effects and faces and poses
We use cookies and other tracking technologies to improve your browsing experience on our site, show personalized content and targeted ads, analyze site traffic, and understand where our audience is coming from. By choosing I Accept, you consent to our use of cookies and other tracking technologies. Please read our Privacy Policy.