Dancer to Score to Animation: Coding, Decoding, and Recoding in a Choreography Lab 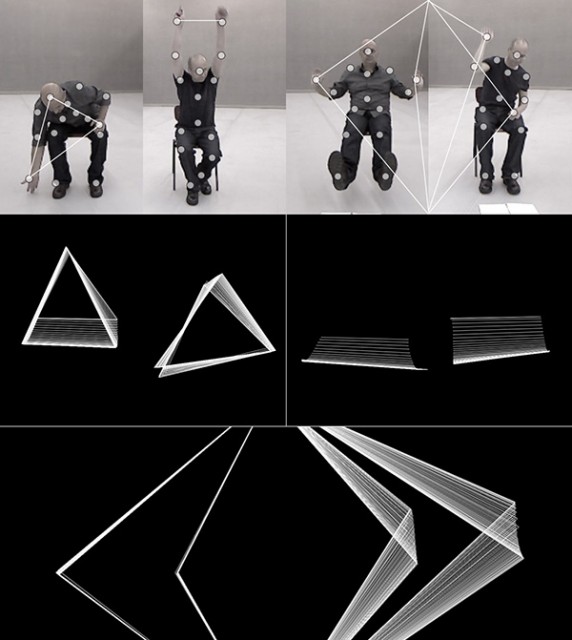 When it comes to dance technology, it isn’t enough to team dazzling engineers with dancers. Making digital technology meaningful to those steeped in the craft of dance means artists getting their hands dirty.

Dance has a history in experimental exploration, from Merce Cunningham’s pioneering work with the LifeForms software (directly in his choreography) to digital dance hybrids created by the likes of Troika Ranch (Dawn Stoppiello/Mark Coniglio).

The Motion Bank and Frankfurt, Germany could be the scene for dance tech’s next act. Choreographer William Forsythe launched a four-year project in Frankfurt am Main to collect data using Microsoft’s Kinect. The tool isn’t incidental: Kinect is wonderful technology for finally making digital motion accessible to dance. Conventional cameras are too clumsy to gather meaningful data, but high-end motion tracking is not only expensive, it’s rigid and inflexible. Kinect is something you can drop in a rehearsal studio and start using right away.

Partnering with research institutions and choreographers like Deborah Hay, Jonathan Burrows / Matteo Fargion, Bebe Miller, and Thomas Hauert, The Motion Bank project is open and collaborative. Elaborate data sets transform motion into digital scores, then allow them to be reused and remixed by artists, making digital sculptures out of thin air, as though reflected from the dances themselves.

An introduction to the project, explaining Forsythe’s involvement:

And a beautiful, flowing score casting Deborah Hay’s “No Time to Fly” as a swirling flurry of threads in space:

DEBORAH HAY: NO TIME TO FLY SCORE vs. AMIN WEBER 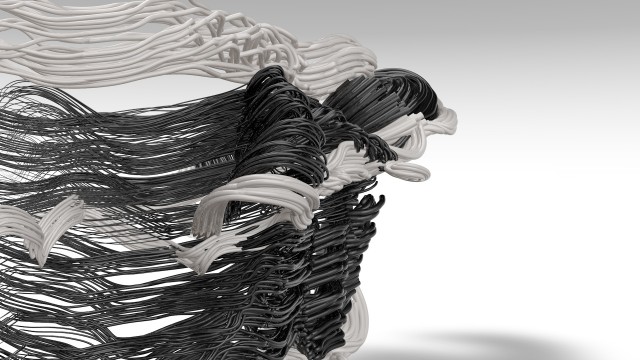 The whole project is certainly worth its own article here. James Carter did one such story for The Creators Project over the summer:

But let’s start the conversation by checking in on what happens when you invite artists to work in a lab situation with motion data and dance.

At Frankfurt’s Z Centrum in November, The Motion Bank did just that – the latest in a series of events opening an artistic dialog on the topic:

The facilitators included Zach Lieberman, OpenFrameworks founder and cutting-edge media artist from New York. And in a sign Germany could be a hotbed for this kind of work, some terrific talent and supportive organizations were involved, too, including Cedric Kiefer and Christian Loclair from Berlin’s onformative, and NODE Forum and others.

Impressive facilitators are one thing. I like viewing these things through the eyes of participants, for an indication of what potential lies ahead. Rodrigo Carvalho from Porto, Portugal, shared his experience last month:

Viva Open Source. Rodrigo was able to tap not only into the data set, but other tools, as well.

There’s a library for parsing the data sets in creative coding tool Processing, the work of Florian Jenett:
https://github.com/motionbank/burrows-fargion-processing

Next, he turned to toxi’s physics library to add a particle system, clouds of dots swarming around the dancer like bees.

And he shares his own variations in Processing for others to use:
https://github.com/visiophone/choreographicCodingLab

Watch abstract animations dancing around with the organic intent impressed on them by human movement:

More visuals from that project: 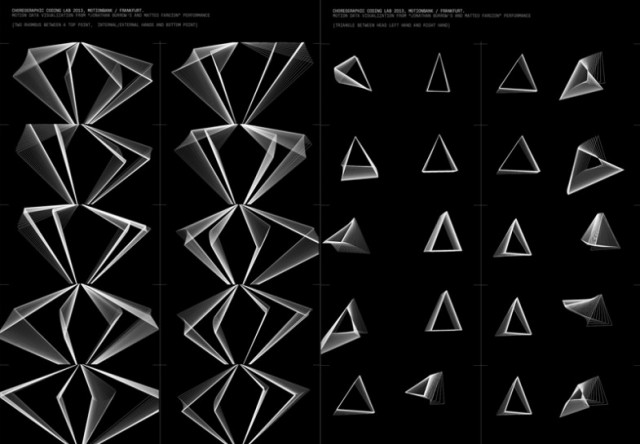 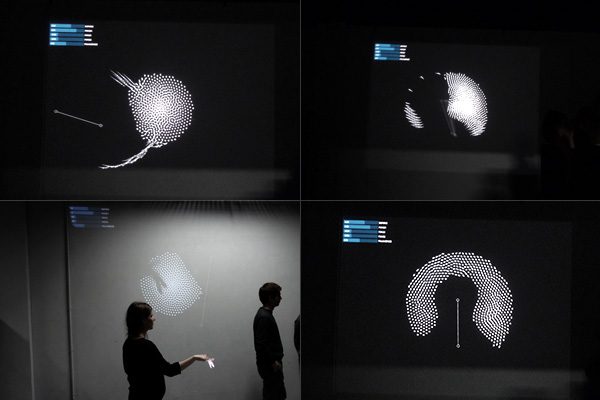 Perhaps the ambiguity of aims here is part of its beauty. These works are scores, in the sense that the encode performance, but those encodings can be transformed into something unlike the original piece. They train humans to see the dance in new ways, but a great deal of the exercise is training machines to see the dance the way humans do. And discoveries invariably happen in the spaces in between.

We’ll be watching; more on this topic – both in regards to this project and others – to come.

And since dance is a thread at the CDM-hosted MusicMakers Hacklab at CTM Festival in Berlin at the end of the month, I expect to see more there, as well.