Urs – how did you know exactly what I wanted for Christmas? 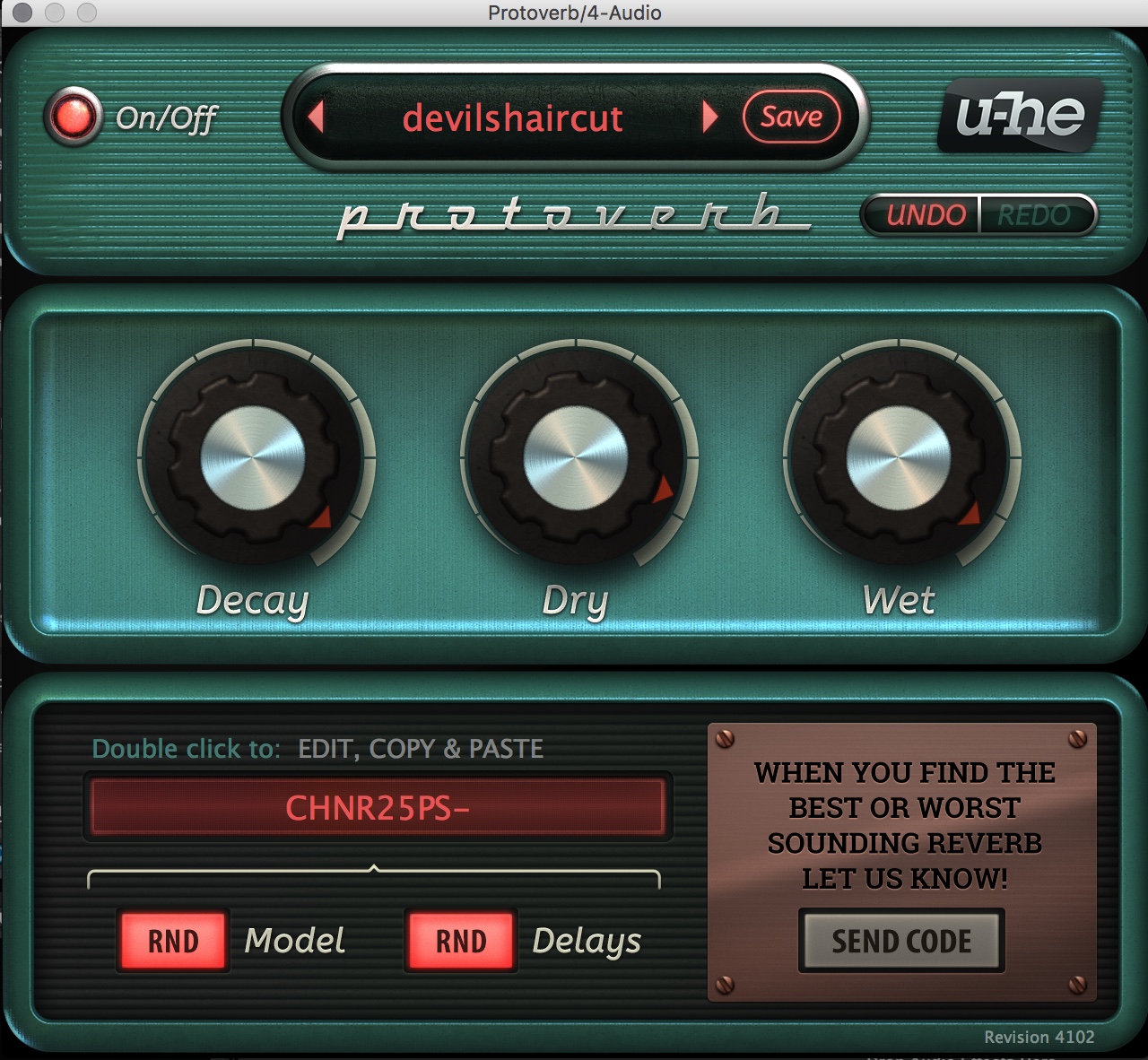 Protoverb is an “experimental” reverb from u-he built around the idea of modeling series of resonances and reflections in a room. In my play so far, I’ve found distinct memories echo clearly (“ghost echoes,” as the developers put it), while richer ambiences create strange, beautiful ringing sounds.

The reason reverbs generally aren’t built this way is that the results can be unexpected or even unpleasant – but that’s what makes this such fun. Even a single parameter can produce a broad range as you adjust wet/dry feedback. And by adjusting other settings, you can produce sounds ranging from artificial to realistic to … awful.

In fact, while this is a digital reverb in the conventional sense (a bunch of delays), it uses a combination of parallel, serial, and networked delays that turn it into an uncertainty mechanism.

That said, for a bit of creative sound design, I found I was consistently getting unexpected results I loved. For instance, here’s a ringing timbre I got out of a recording of some leafblowers humming around my parents’ Florida home on this holiday. (I might actually make a protoverb EP now, I’m getting so into this.)

At first blush, it looks like this is just a dumbed-down reverb with giant knobs. But it isn’t. That text field at the bottom is important:

To be precise, the small text box at the bottom contains two random entries. The first part depicts the network structure, strategies for a spatial layout and distribution of delay taps, strategies for finding useful delay lengths and so on. The second part is a seed for a pseudo-random number generator which is used to find various parameters, such as average delay length, which prime number to chose (if any) and so on. This text can either be edited by double click, or both parts can be independently randomized with the two random buttons below.

Editing the number itself is something you can control. Beyond that, if you like just hitting “I feel lucky” with your reverb and having no idea what will happen next, you’ve come to the right place. It’s magic.

Randomize that string, and you get … well, something different. If you like it, hit save. If you don’t, delete. I do actually plan to build a little collection of these.

In fact, u-he have made this free precisely with the hope of people sharing their results. A ‘send’ button uploads your favorites to the u-he mothership to see if they can make sense of this strange delay network by crowd-sourcing the results. It’s like the protein folding or SETI experiments, but for reverb.

You can grab this now for Mac (AAX, AU, VST2), Windows (AAX, VST2), and Linux (VST2 only unfortunately, but no complaints).

Here’s a walkthrough by the wonderful Bedroom Producers’ Blog:

From Suono & Computer, there’s yet another play with the plug-in (and now you’re seeing how varied the results can be).

Let us know if you produce anything interesting!

Software
Looom for iOS makes animating like playing a musical instrument, now with major update
reverb
A DIY violin with a spring reverb tank inside
freeSoftware
mlre is an expanded version of the classic monome mlr, focused on performance
freeSoftware
Slimshader packs GPU shaders into your Eurorack for live visuals, thanks to RasPi