2020 is a crazy complicated beat machine app from Japan

Want to go from four on the floor to, sort of four thousand all over the place? Yotaro Shuto is a Japanese electronic musician who performs in DUB-Russell, and he’s decided to turn his monster Max performance patch beat machine into a product. That’s meant taking it to Kickstarter. 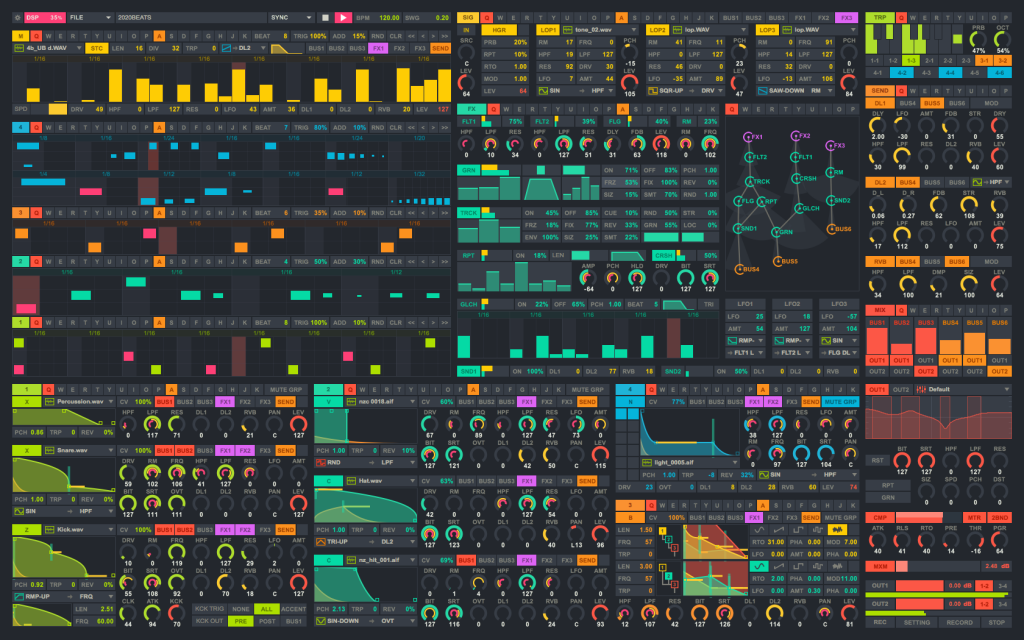 Daisuke Tanabe may be doing a whole lot to sell this, thanks to a slick performance in the demo video. The Kickstarter model makes this awfully pricey – right now with early-bird stuff sold out, we’re talking about $100 or more just to get an app that’s only going to be in beta by May. By comparison, for $200 you could get a brand-new copy of Reaktor 6, which does a whole lot more than this (and is fully-, rather than partially-modular). And it’s Mac-only, though spending a bit more gets you Max objects and Max for Live devices, so you can work in that environment.

Whether you buy into the crowd funding project or not, though, this is an amazing exercise in maximalism. A Retina-display laptop is recommended just to see the screen, which shows, improbably, absolutely everything at once.

And it does a lot. There’s a sample slicer, grid sequencers, 12 one-shot samplers each with dedicated controls visible all at once (and their own bit crushers and ring mods and filters and so on), FM synths, a pitch transposer, send effects, and mixing, plus something called a “Higurashi Generator.”

Probably the most interesting bit of this is the effect patcher, which is the semi-modular bit. There, you can route nine effects together. I think if you paid for this thing, this would be the part that would convince you that this is something unique. 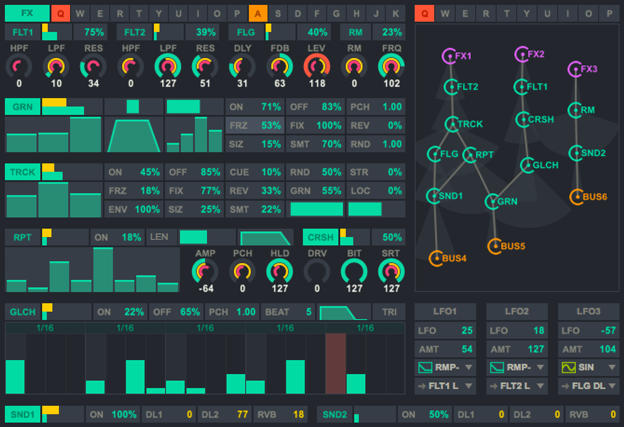 Some have already bought in, so we don’t need to convince you one way or another. What I will say is, the performance evidence is impressive – I am inspired by this as musical practice as well as software. Watch:

Hello, my name is CC. from BRDG on Vimeo.

And for more, see the Kickstarter project:

The whole thing is, frankly, amazing.

I could stare into that interface all day. And… sort of have trouble focusing afterwards.

I’ll be curious to see what people do with this.

‘Gaze’ is a surreal, face-melting AV mirror for your browser

m4LMacSoftware
AudioSlide plays advanced MPE ramps even without hardware – Max for Live
m4LMacSoftware
data.train Max for Live instrument-effect mangles and transforms any sample or source
appsSoftware
PsyTexx is a forgotten tracker for Palm PDAs – with features like distortion
appsMacpatchingSoftware
Inflation, begone: SunVox is still donationware, and 2.1 makes it slicker and more powerful