The iPad (and iPhone) are starting to look like the ultimate jamming devices – mobile, connected, and ready to play. And it’s doing what laptops can, in a less awkward form factor. Back-to-back updates from Novation are bringing their apps closer to that reality, today. Now, Novation are rubbing shoulders with Ableton in some wireless jam sessions set up at Barcelona’s SONAR Festival today. But what we’re talking about opens up possibilities for both use cases – laptops playing with iPads, and iPads replacing laptops.

First, let’s talk last week’s Blocs Wave Sections. Blocs Wave is a new and really elegant app that lets you mess about with audio in an improvisatory way. So far, so good – “but, but, but…” that initial release was missing just a few details that might turn this app from “oh, cool” to “oh, I actually will start using that in my workflow right now.”

First: Ableton Link – which is fast becoming the glue that pulls together everything else you use, and a must-have feature if you want your app to be something people use day to day.

Actually, Link alone means you can use Blocs Wave as an instantly synced sound-mangling instrument. 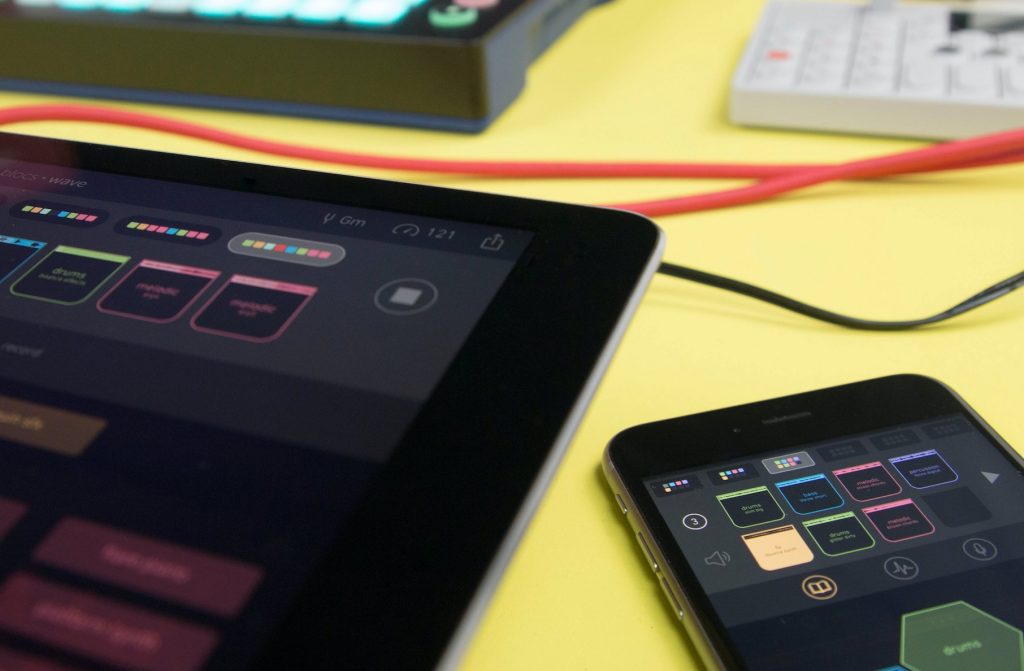 Export stems and mixes offline, to the laptop. (Weirdly, what makes the iPad replace your laptop is very often the ability to go back to the laptop later.)

Slice and rearrange, plus Sections. These features let you use Blocs Waves not just for mangling about a single audio file, but also for assembling whole song ideas. And Sections open up some performance and composition possibilities, as demonstrated in … this video:

Every time I see hexagon grids I totally feel like my Klingon Bird of Prey is ready to take on the Romulans. Sorry, distracted.

User libraries: so, if you’re using Blocs Waves as a sonic sketchpad and grabbing bits of sound to work with, there’s no a more functional library for keeping track of what you’ve collected. I really like this, as I love putting together ideas from assembled field recordings – and iPads and iPhones fit perfectly with that (especially once you add proper microphones).

Blocs Waves isn’t the only Novation mobile app. The first was Launchpad – a mobile translation of Novation’s hit hardware (and the now ubiquitous grid interface). There, the idea of mobility was really clear. You could take a hardware Launchpad and plug it into a laptop running Ableton Live. But you could also plug that same Launchpad into an iPad and leave the laptop at home. Or leave both at home, and just work on the iPad.

And maybe this is the whole point: that some good ideas in music making will translate from mobile to hardware to laptop to studio and back again, in whatever combination you happen to have at hand or whatever is most convenient to how you want to work in the moment (or how much physical space you have).

To do that, Launchpad needed some reworking, though… because, having just revealed this lofty idea, mostly what you got was a simple app with some fake grid buttons on the screen. 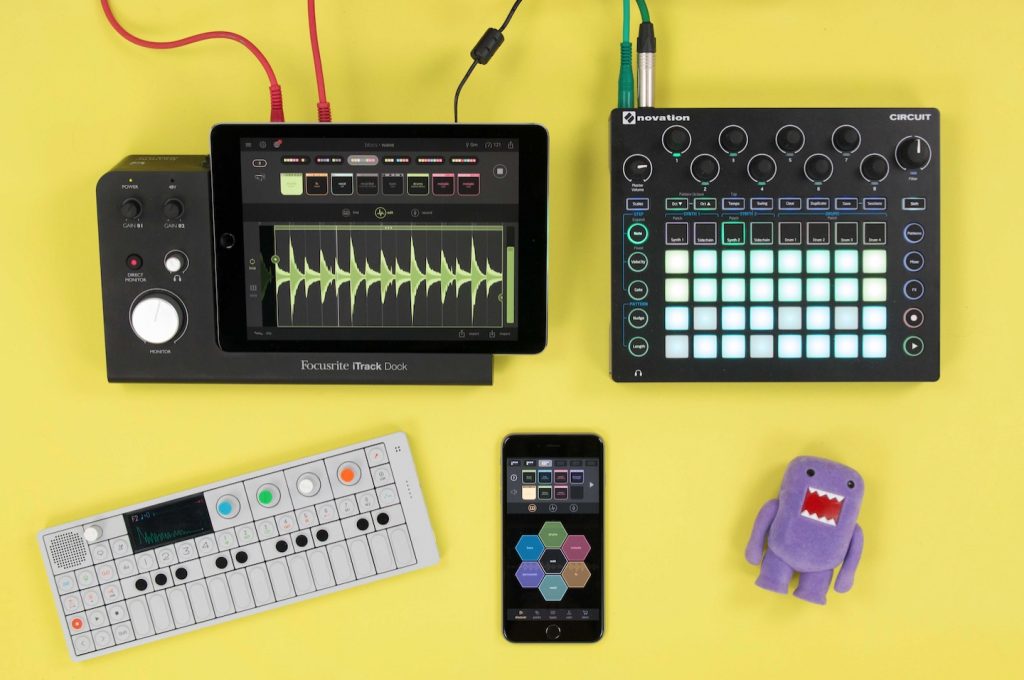 What Novation have done with the complete rebuild is to start over on the audio engine – meaning you can real-time stretch sounds and work with effects more fluidly.

You can also use Launchpad and Blocs Wave together. I’ll take a look at some iPad workflows very soon.

And Launchpad also has Ableton Link support. Link is even driving a more fluid approach to bpm and tempo in general. If “sync” buttons and crude beat matching have locked all our dance floors to a relentless, never-ending tempo, maybe Link will free that up again. (Hey, in actual dance performances, regularity is common – but so, too, are tempo changes.)

Here’s all of that in action in Launchpad 2.0:

And – tutorial me! (I love that in 2016, after years of makers more or less ignoring their shoddy sync implementations, sync is now a top-line feature. I mean, people making dance music for people who dance would wind up caring about tempo – who knew?)

So, for all the talk of “laptop replacement,” what we really mean is, we don’t want to have to think about it so much. I think in the studio, the laptop isn’t going anywhere: you want all your ammunition when it comes time to finish and mix and master and so on.

But maybe rather than choosing between hardware, laptops, and mobile apps, what we really want to do is move from one to the other with ease. Ableton has done something really extraordinary with Link to open that up, by letting an arbitrary number of users jam together. And Launchpad and Blocs Wave show how you might build new apps that focus on a specific task. These aren’t things that were directly available in hardware (at least in Launchpad, not in exactly this form; in terms of Blocs Wave, not at all – that doesn’t make sense without touch).

You can grab both apps now. US$6.99 for Blocs Wave (bring your own sandwich for lunch tomorrow instead of buying at the deli). Free for Launchpad. (Steal your friend’s sandwich.)

A composition you can only hear by moving your head