Ableton is announcing today they have fully acquired Cycling ’74, the California-based company best known for producing Max and Max for Live.

It’s perhaps an auspicious moment for Cycling ’74 as the company reaches its 20th anniversary – and 20 years of availability of the MSP tools for synthesis and sound processing. But if acquisitions would normally make you nervous, the close existing relationship of the two companies, and the plans as they’re describing them, should put those concerns to ease.

Gerhard Behles and David Zicarelli, founders and CEOs of Ableton and Cycling ’74, respectively, tell CDM that the deal will open up the possibility of closer collaboration on challenges and future products. Cycling ’74, now with 25 employees scattered around the world (so loosely that the company describes that as “approximately” 25 people), will continue to operate as before, the companies tell us.

There are no plans for personnel changes or redundancy or moving any locations. (Cycling ’74 already has a small office in Ableton’s headquarter city Berlin.)

What will change is that the two companies will now be more formally on the same “team.”

I sat down in May for an exclusive CDM discussion with Gerhard and David. See the full interview, but the overwhelming sense was of both mutual affection – and a desire to work more closely together on common problems. That shouldn’t come as any big surprise to followers of the two companies and users of their products. Max and Ableton Live have long shared a common set of goals, DNA, and meaningful overlap of user bases, even before the advent of the Max for Live product for integrating the two flagship tools. 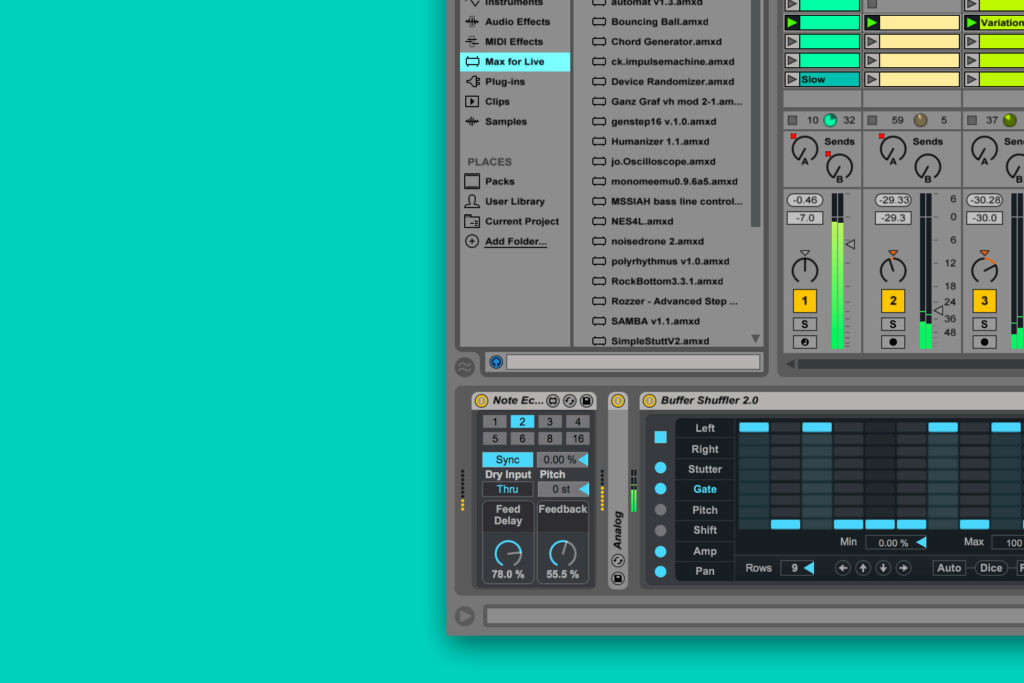 “We have a long history,” begins Gerhard. “That somehow motivates the whole thing,” he says.

But whatever this may mean for the future, the immediate present won’t change – which should bring relief to Cycling’s own loyal customer base.

“It’s about the continuation of Cycling as it has always been – the same people, products, customers, vision, and so forth,” says Zicarelli. “But it makes it easier to essentially be on the same side as Ableton in anything that we do together. From the perspective of anyone dealing with Cycling ’74, I can’t imagine that anything really changes. That’s how we at Cycling are thinking about it.”

“We are continuing to be a separate company,” says Zicarelli. “It’s just that the ownership changes from me to Ableton.” [A US-based Ableton legal entity will technically become the owner.]

And for Ableton, bringing Cycling ’74 into the fold is somehow a return to roots.

“I literally grew up on this,” Behles tells us. “We were making music and making Max patches to make the music. And some of the Max patches were indicative of what Live would be at a point. Somehow to us, it’s part of our upbringing.”

Behles and Zicarelli talked at length with CDM about their ideas, how they came to know one another, and where they imagine the future might lead. We’ll have that full interview separately.

The acquisition is already complete and effective immediately. But now for Max and Live users, nothing changes for the moment. We keep making music, while we wait to see what these two music tool makers will create next. 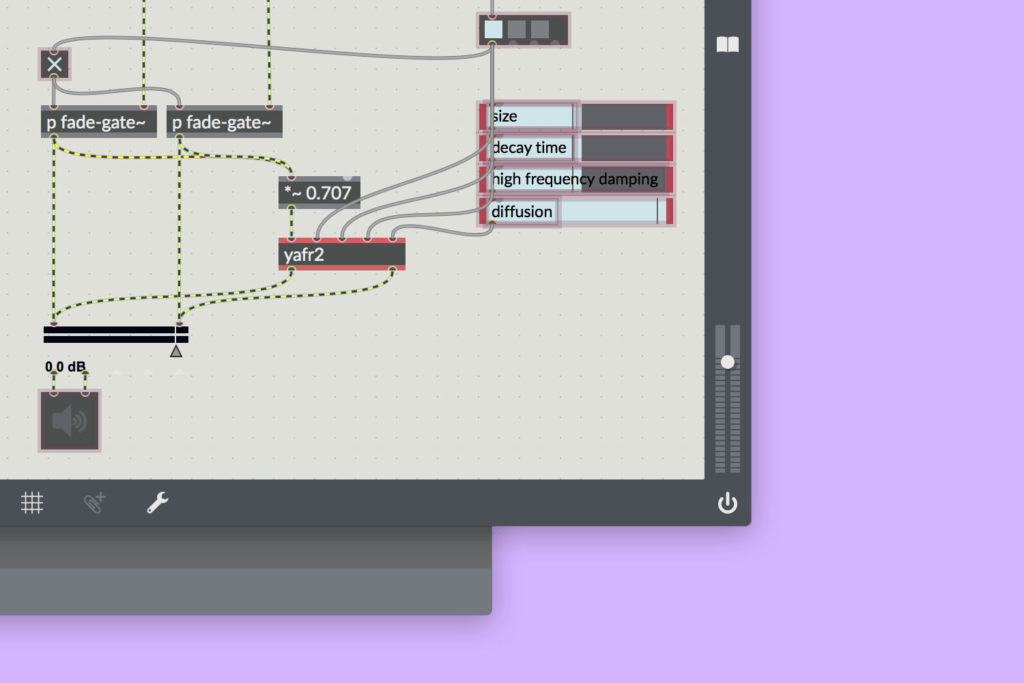 A timeline of Cycling ’74 and Ableton

We’ve put together the major events in the history of the two companies, and verified it with representatives of the two companies. Let us know if we missed anything. Of course, this all begins in the 80s with the original version of Max and Miller Puckette, who went on to create Pure Data – and Pd and Max continue to share metaphors, code, externals, and communities. -Ed.

1997: Zicarelli founds Cycling ’74, with the name and images inspired by a 1974 bicycle catalog. Its first products are MSP, Pluggo (released in 1999), and the algorithmic software M (developed by Joel Chadabe’s Intelligent Music, and updated by David Zicarelli).

1999: Cycling ’74 becomes the exclusive developer and publisher of Max and MSP.

1999: Ableton is founded in Berlin by Gerhard Behles, Robert Henke, and Bernd Roggendorf. Some Max patches will be used to inspire Live functionality, including past performance patches by Behles and Henke. There are also prototypes of some devices that will be built first in Max, like Henke’s original Operator prototype.

2001: Ableton releases Live 1.0 as a commercial product. (See Robert’s history on how it all began.)

2003: Cycling ’74 releases Jitter, which with processing of matrices of data can now handle 3D, video, and other applications.

2007: Ableton and Cycling ’74 announce a “strategic partnership.” At this time, there’s no public description of what any product collaboration would be.

2008: Max gets a major GUI overhaul, based on the JUCE C++ architecture (now owned by London’s ROLI). Zicarelli describes the resulting version, Max 5, as “the most significant and dramatic transformation of the software in its twenty-year history.”

2009: Ableton and Cycling ’74 announce Max for Live. The software allows Max’s sound processing and visual capabilities to run as devices inside Ableton Live. The companies preview the technology by late in the year, and ships Max for Live to the public with a release of Live 8. (Read David’s insightful commentary from the time.)

2012: Ableton announces Live 9 and Push – and Live 9 Suite becomes the first release to ship with Max for Live included, rather than as a separate purchase. Live 9 Suite also includes a number of instruments and effects built in Max for Live.

2014: Cycling ’74 ships Max 7, with performance and usability improvements and a new tutorial system for learning Max.

2017: Ableton announces it is acquiring Cycling ’74, via a US subsidiary entity. 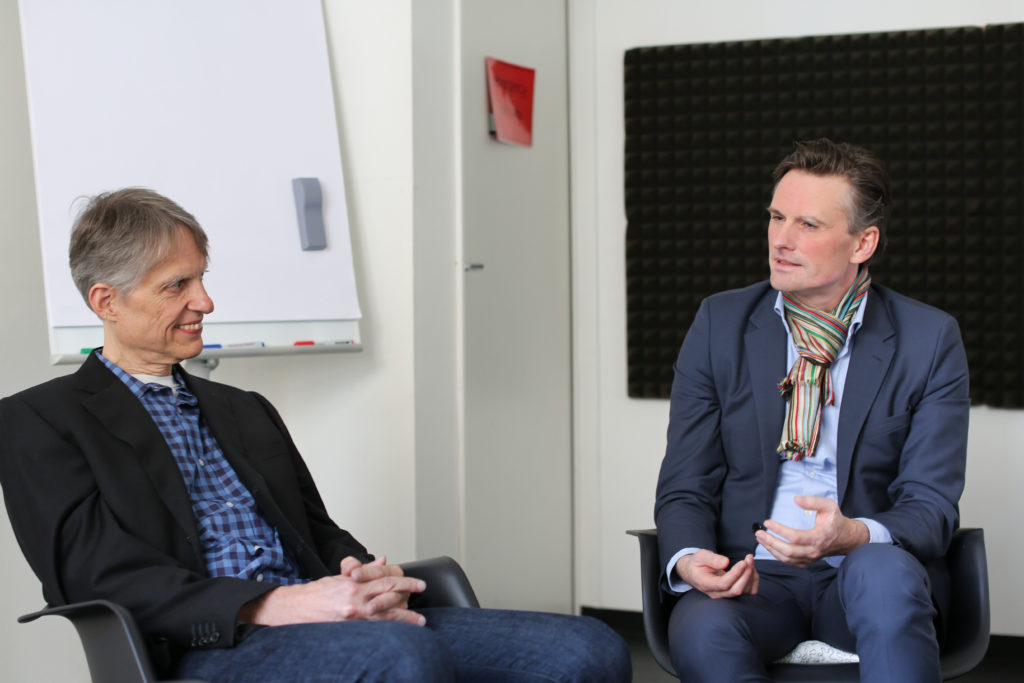 For more on the history of the two companies, what this will mean as they go forward, and their shared vision of the future, we spoke with founders and CEOs David Zicarelli (Cycling ’74) and Gerhard Behles (Ableton):

A conversation with David Zicarelli and Gerhard Behles 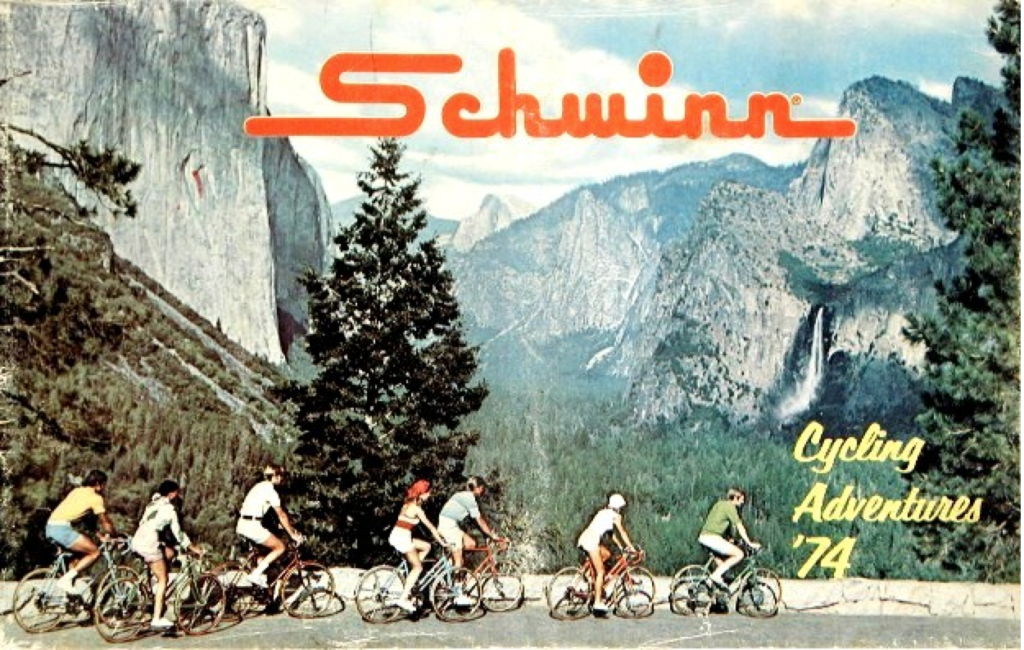 The Schwinn bicycle catalog that started it all. 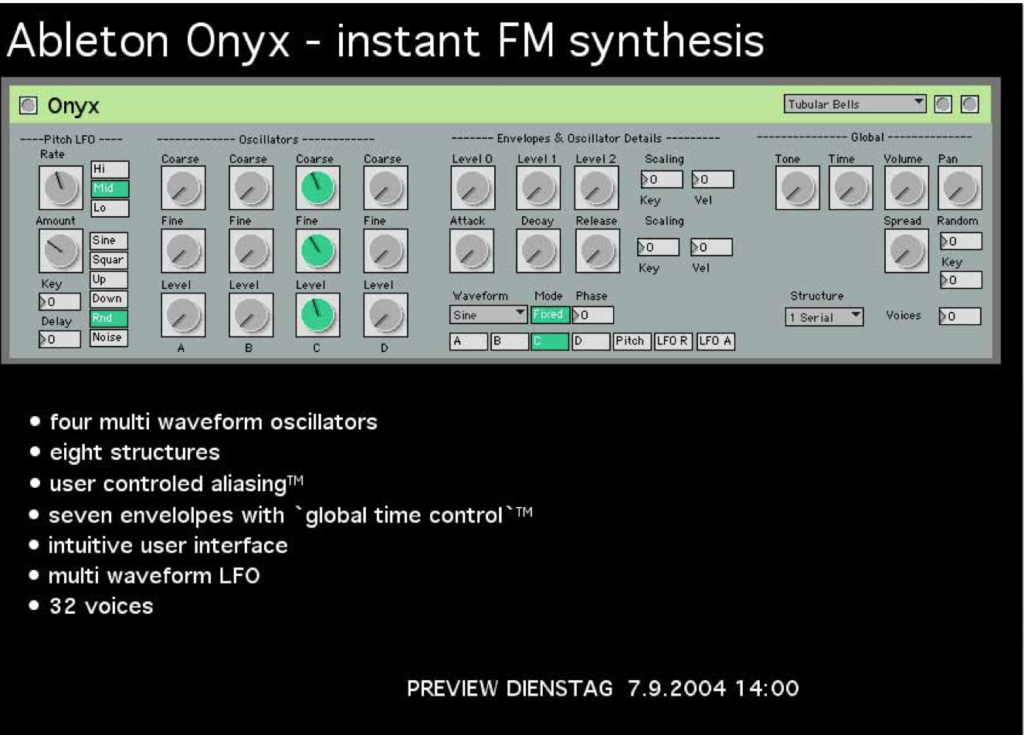 Ableton’s Operator is native, not coded in Max. But Robert Henke produced this Max/MSP prototype. 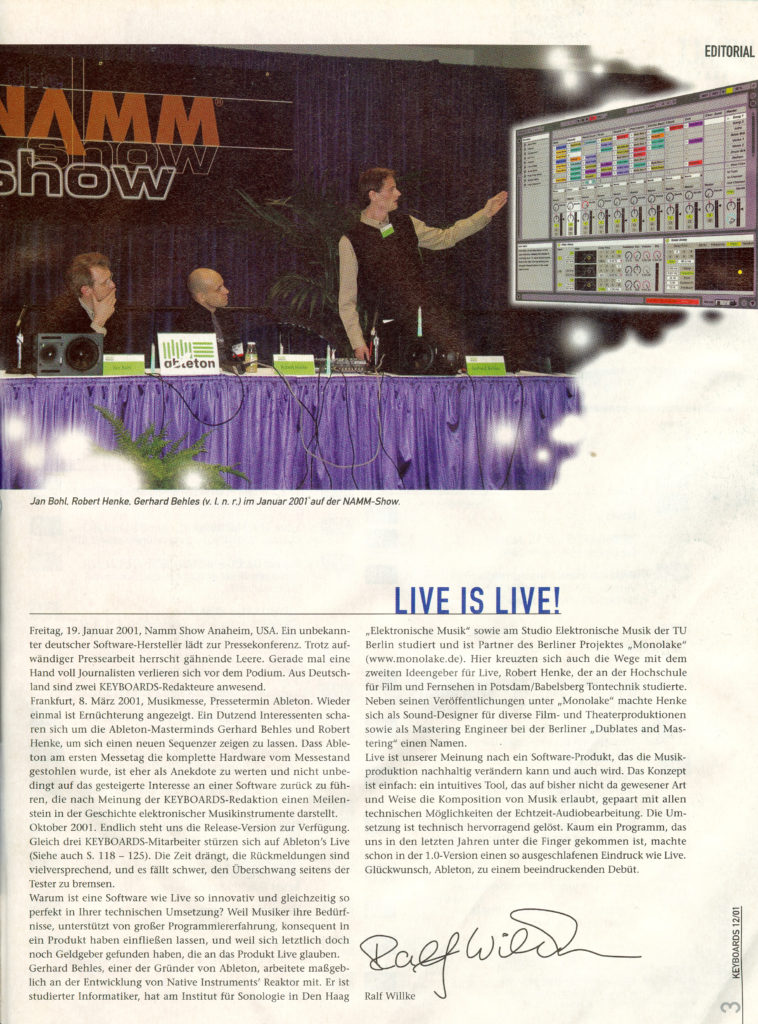 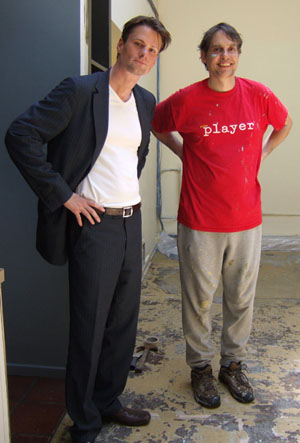 David and Gerhard ten years ago, as the partnership first becomes public.

A conversation with David Zicarelli and Gerhard Behles