Bored with making presets for instruments, one sound designer decides to make presets for ambient reality – and you can learn from the results.

“Scapes” is a multi-year, advanced journey into the idea that the synthesizer could sound like anything you imagine. Once you’ve grabbed this set of Ableton Live projects, you can bliss out to the weirdly natural results. Or you can tear apart the innards, finding everything from tricks on how to make cricket sounds synthetically to a veritable master class in using instruments like Ableton’s built-in FM synthesizer Operator. The results are Creative Commons-licensed (and of course, you can also grab individual presets).

The project is the brainchild of sound designer Francis Preve. Apart from his prolific writing career and Symplesound soundware line, Fran has put his sound design work all over presets for apps, software (including Ableton Live), and hardware.

As a result, no one knows better than Fran how much of the work of making presets focuses on particular, limited needs. And that’s too bad. The thing is, there’s no reason to be restricted to the stuff we normally get in synth presets. (You know the type: “lush, succulent pads” … “crisp leads…” “back-stabbing basslines…” “chocolate-y, creamy nougat horn sections…” “impetuous, slightly condescending 80s police drama keyboard stacks…” or, uh, whatever. Might have made some of those up.)

No, the promise of the synthesizer was supposed to be unlimited sonic possibilities.

If we tend to recreate what we’ve heard, that’s partly because we’re synthesizing something we’ve taken some care in hearing. So, why not go back to the richness and complexity of sound as we hear it in everyday life? Why not combine the active listening of a soundwalk or field recording with the craft of producing something using synthesis, in place of a recording? 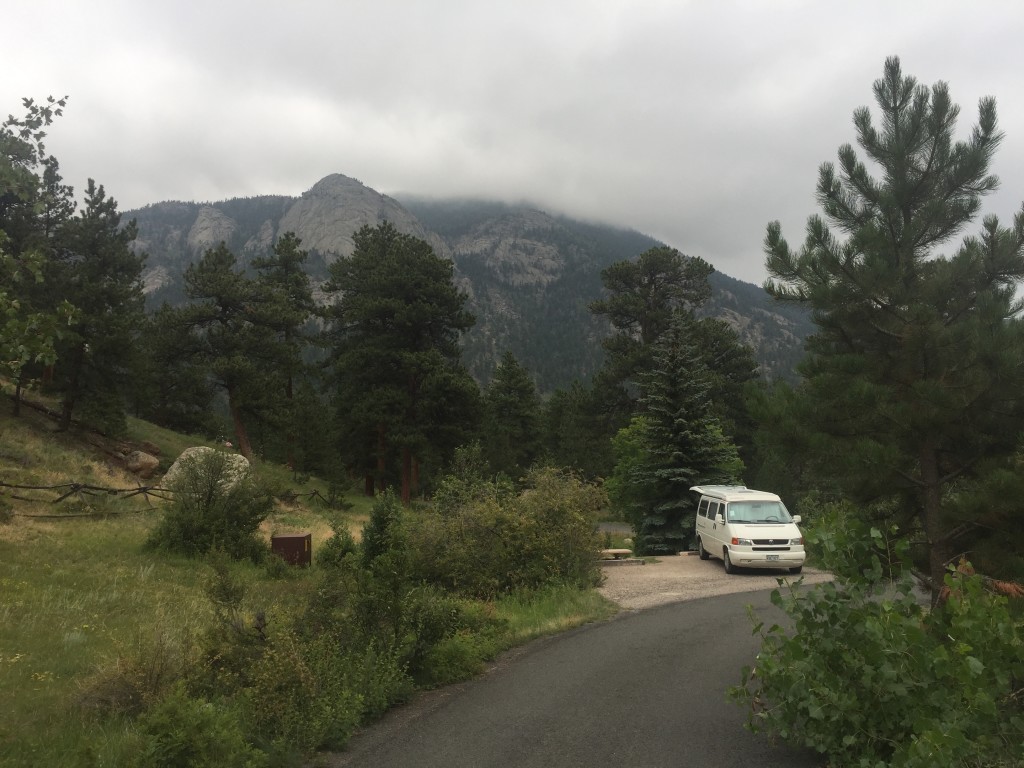 Scapes does that, and the results are – striking. There’s not a single sample anywhere in the four ambient environments, which cover a rainy day in the city, a midsummer night, a brook echoing with bird song, and a more fanciful haunted house (with a classic movie origin). Instead, these are multitrack compositions, constructed with a bunch of instances of Operator and some internal effects. Download the Ableton Live project files, and you see a set of MIDI tracks and internal Live devices.

You might not be fooled into thinking the result sounds exactly like a field recording, but you would certainly let it pass for Foley in film. (I think that fits, actually – film uses constructed Foley partly because we expect in that context for the sounds to be constructed, more the way we imagine we hear than what literally passes into our ears.)

You wouldn’t think this was internal Ableton devices – not by a longshot – but of course it is.

And that’s where Scapes is doubly useful. Whether or not you want to create these particular sounds, every layer is a master class in sound design and synthesis. If you can understand a cricket, a bottle rocket, a rainstorm, and a car alarm, then you’re closer not only to emulating reality, but to being able to reconstruct the sounds you hear in your imagination and that you remember from life. That opens up new galaxies of potential to composers and musicians.

It might be just what electronic music needs: to think of sound creatively, rather than trying to regurgitate some instrumentation you’ve heard before. This might be the opposite of how you normally think of presets: here, presets can liberate you from repetitive thought.

I’ve seen this idea before – but just once before, that I can think of. Andy Farnell’s Designing Sound, which began life as a PDF that was floating around in draft form before it matured into a book at MIT Press, took on exactly this idea. Fran’s scapes are “tracks,” collaged compositions that turn into entire environments; Farnell looks only at the component sounds one by one. 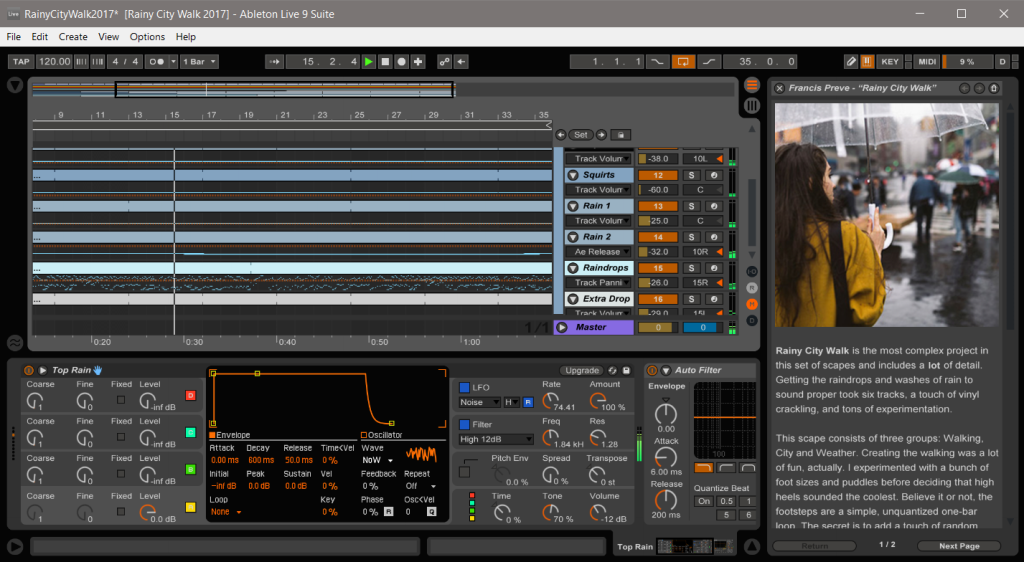 Otherwise, the two have the same philosophy: understand the way you hear sound by starting from scratch and building up something that sounds natural. Scapes does it with Ableton Live projects you can easily walk through. Designing Sound demonstrates this on paper with patches in the free and open source environment Pure Data. As Richard Boulanger describes that book, “with hundreds of fully working sound models, this ‘living document’ helps students to learn with both their eyes and their ears, and to explore what they are learning on their own computer.”

But yes – create sounds by really listening, actively. (Pauline Oliveros might have been into this.)

But grabbing Scapes and a PDF or paper edition of Designing Sound together would give you a pairing you could play with more or less for the rest of your life.

Scapes is free (only Ableton Live required), and available now.

For background on how this came about: THE ORIGIN OF SCAPES [TL;DR EDIT]

easyJet have made an album of jet engine noise, so kids can sleep